So this year instead of going to Washington, D.C., Lunchbox told me he wanted our annual "Mancation" to be in Florida.  He said he missed it a little bit.  That's understandable.  While I do prefer living here in North Carolina now, I'll admit that Florida is still pretty awesome.  I don't want to live there anymore though.  We'll just visit like everyone else, thank you.

We left late after work on a Friday.  It was Labor Day Weekend and a hurricane was rolling up the coast.  I didn't think we would make it.  It was actually smooth sailing, and that next mornign we woke up in Florida. 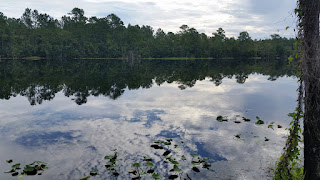 Saint Augustine to be exact, but from the photo above we could have been anywhere.  In the Nation's Oldest City, we knew where to go and what to do.  But first, we had to get a photo for Little Miss Sunshine. 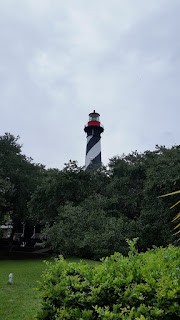 After that, the city was ours.  We decided to do some touristy stuff, like visiting the Old Jail. 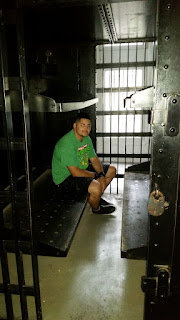 Then, we got a brilliant idea.  We brought bicycles along but we decided that we'd try something else.  We rented some of those tourist scooters and took them out on the town. 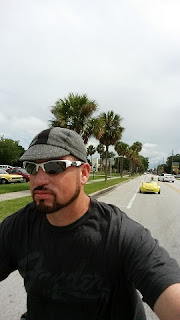 I got a regular scooter, but Lunchbox?  Well, he got this thing: 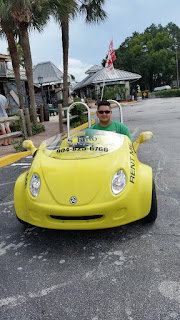 He said it was fun.  We swapped so I didn't have to take his word for it. 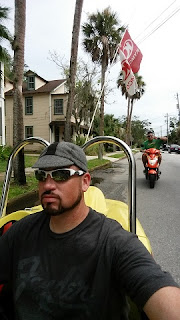 Hell yeah, it was fun.

Saint Augustine wasn't as packed full of people as we thought it would be (for Labor Day an all.)  We goofed around all day and had a great time.  We spent the night, and before we headed down the road the next morning towards our next adventure, we made a little pit stop. 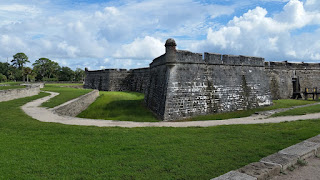 We lucked out and got there just as they were preparing to fire a cannon.  Awesome. 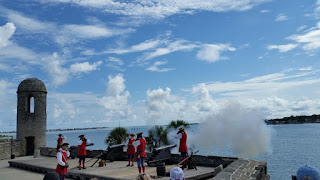 We hung out a while, even getting to visit with some friends/family in the area.  We basically did a week's worth of stuff in a weekend again.  No rest for the weary though.

We hit the road and headed south...