Being back in the swamp was like home for me and Lunchbox.  So when we ended up deep in the Everglades in the little town of Ochopee, FL we knew it would be fun.  After a quick stop at the Post Office, we stopped in for a visit at the Skunk Ape Research Headquarters. 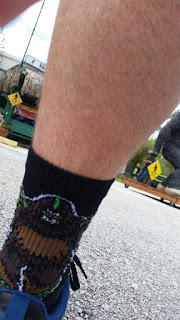 I've been there quite a few times (most recently last March), but this visit had something new. 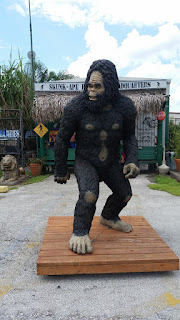 That statue may be new, but the Skunk Ape isn't.  The proprietor there has seen the mystical creature several times over the past few decades, so this facility is for real.  It's not just found in the Everglades though, because I've seen it myself.  Back in the early 1990s on a dark night in the swamps east of Orlando, I spotted what us locals call the Swamp Cabbage Man (same creature.)  Hoping to share my story with anyone there that would listen, I was disappointed to be only allowed to talk to someone that didn't even speak English. 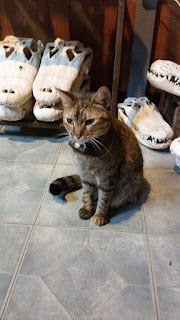 Luckily, they have other stuff to do there.  We walked around back, and the kind gentleman there allowed us to play with the critters,  Lunchbox was on it. 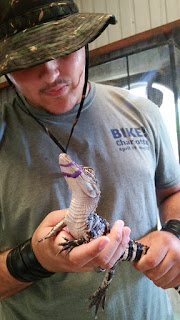 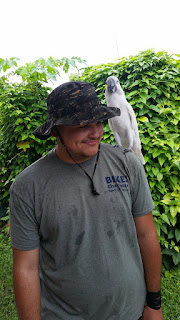 And this big ass snek that liked tickles... 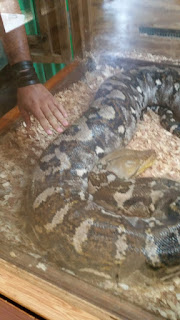 It's a fun place to play if you're into that sort of thing (we were obviously.)  We went to the swamp to play with critters and we got our wish.  Although we didn't spot any Bigfoot-like creatures on our visit, we had a great time just the same.

If you ever find yourself deep in the Everglades for some reason, stop in for a spell and have yourself some real Florida fun.  Not that fake "magical" fun most people do with the "mouse."

And yeah, I'll be back tomorrow with some more swamp stuff.