In an effort to have more fun on the bike, I'm trying to make sure I ride with other people more often.  I usually end up riding alone most of the time, but when I heard that the little lady was heading out for a group ride I decided to invite myself along.  The ride was at the Whitewater Center, so I figured I'd just roll over there while everyone else drove their vehicles. 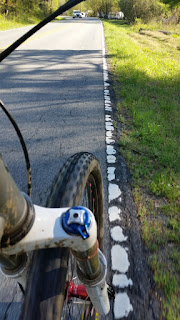 If I take the road (and not the backcountry route I did da udda day) it's only about three miles and I can do it under twenty minutes.  The ride started at 6:00 p.m. and I made it out there with time to spare. 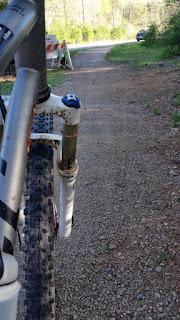 I had forgotten to factor in one thing though.  I needed to be in the top parking lot by six, which was still another two miles from the entrance of the park.  I hauled ass, eventually rolling in at a fashionably late 6:01 p.m.  The group had formed. 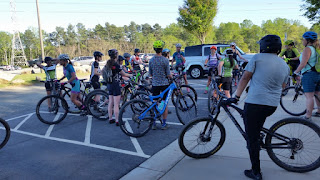 It was a ride held by our local women's club, the Dirt Divas and they generally let the fellas tag along so we can help as needed.  And on a side note, I've been riding with them for years so I knew they wouldn't mind me tagging along.  They were splitting up into different groups based on ability, etc., and I figured on hopping into whichever one would have me.  I had a few minutes (I thought) so I walked over to refill my water bottle.  When I came back, all the groups were gone.

And I didn't have a clue where they went.

I took off at a feverish pace into the main trail hoping to catch up with someone.  I rode for a bit and didn't see anyone I knew.  Shit.  Riding alone again.  I popped out of the trail by the man made river and decided to try again.  I cut across the parking lot and sprinted over to the lake loop, figuring that the beginner group would be there (and that would be the group I could assist the best.)

What seemed like forever later, I finally caught up to a group.  They were riding at a comfortable pace and talking about which features they needed to work on.  We finished that lap and I was volunteered to head back out ahead of the group to help with spotting on some of the trail features.

I was riding most of the time though, so this is the only "trail" picture I got. 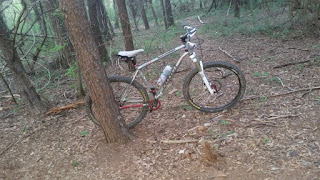 I helped provide spotting services while the ladies tackled the features to build up their confidence.  They didn't really need me though, because they were tearing up the trail forwards and backwards. 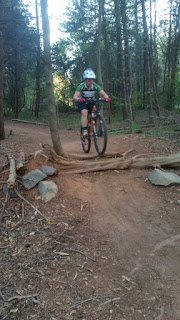 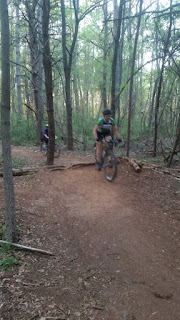 They were having fun and so was I.  I'm grateful that the ladies still let me hang around to help, because being a part of this is pretty cool.  They build each other up and are fully supportive, which is the total opposite of how guys ride when they get together.  I'm just happy to help.

When the ride was over, some folks headed over to the restaurant to grab a few beers.  I didn't want to wear out my welcome so we decided to head home.  And also because I had beer at the house. 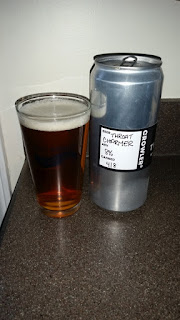 Thanks to Ed for the Lowcountry brew from Two Blokes.

And thanks to the ladies to letting me poach their ride without feeling like "that creepy dude."