Today’s post was supposed to be a tale of how I struggled through 50 miles at the River’s Edge Mountain Bike Marathon this past Saturday. With the string of bad luck I’ve been having as of late, I should have known that I wouldn’t be participating. When I woke up early Saturday morning, my knee was swollen so bad that I could hardly walk down the stairs. I applied some Icy-Hot and a knee brace, and hoped that the swelling would go down so I could at least volunteer at the race.


When I got to the U.S. National Whitewater Center, registration was in full swing. Little Miss Sunshine was assisting with pretty much everything, so I decided to take a walk down pit row to visit some of my racing pals. I guess they’ve all been reading about my (lack of) adventures, because everyone asked how my knee was doing. I even received some good-natured ribbing from one of the guys from the Skeleton Crew, which made me chuckle a little bit.


I saw the Space Cowboy and his pit crew, and we chatted about knee ailments for a minute. I told him good luck, and headed down the line to visit the MadSS and his single-speeding wife. They were engaged in their pre-race preparations: Just then, the MadSS made a mad dash for the woods. I thought maybe he had caught a glimpse of Bigfoot or something, so I hobbled over to where he was standing in hopes that I could film the elusive beast (Bigfoot, not the MadSS.) 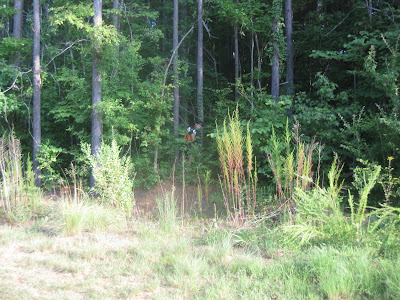 False alarm. No Bigfoot in these here parts I guess.


The race was about to start, so I went over to find a good spot for photographs. Yep, that’s right. Instead of racing, I was relegated to taking photos. I would end up doing more important volunteer stuff later though. Until then, here are a few shots from the start of the race: 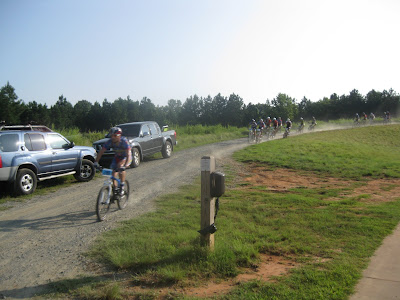 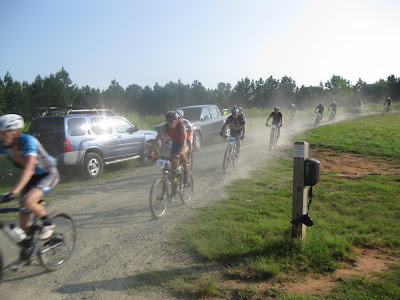 Number 246 above is Josh from the Skeleton Crew. 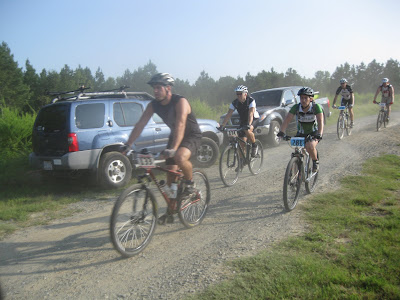 Number 281 above is my friend Cathi. She was representing the Coed Duo category with her husband. 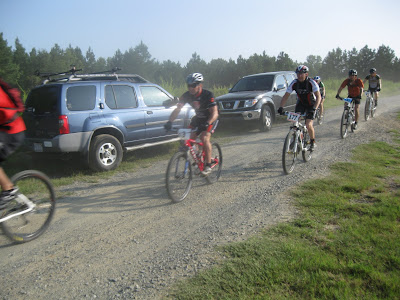 Number 177 is my XTERRA mentor, Peter. 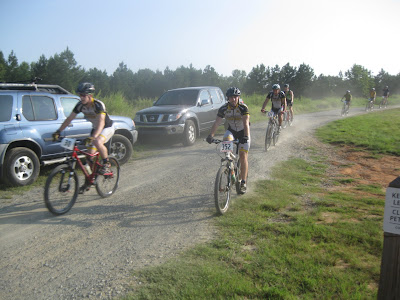 Number 352 is the infamous Space Cowboy, and it looks like he was thinking of running me over. 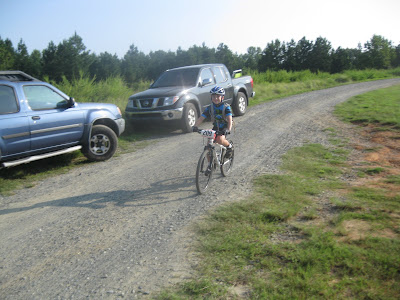 The little happy guy above is Cedric. He was doing the race solo, just like last year. He’s a tough kid, and it’s cool to see him out there mixing it up with the adults. He has a motor that won’t quit.

I’m cutting is short today, even though I still have some interesting stories from the event. It’s Monday, and I really don’t feel like thinking too much. I promise I’ll be back tomorrow with more tales of mountain bike marathon racing.
Posted by TheMutt at 8:31 AM