Yeah, We’re Still In The Mountains

When I left off yesterday, my crew (consisting of myself, The Dirty Party Cycle, and Lunchbox) were on the airstrip, which pretty much felt like the top of the world. The long climb we had to get there was worth it for the view alone, but there was plenty more. The actual “Airstrip” trail was next, and it was a long, twisty downhill section that made us all pucker up a little. The trail was a little slick with leaves and such, but we still had a blast hauling ass down this fun trail. When we got to the bottom, the sign told us what we just rode: 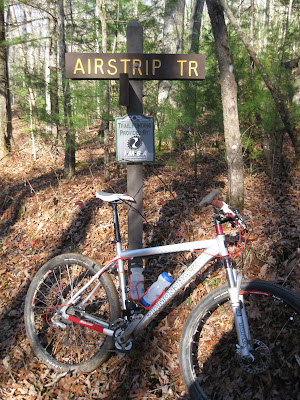 After consulting the map, we found the quickest way to our next destination, via the Corn Mill Shoals Trail. This particular trail has become part of the usual route for me in my many visits to the DuPont State Forest, so it was a welcome sight. After a little up and down action, we arrived at our destination, Bridal Veil Falls: 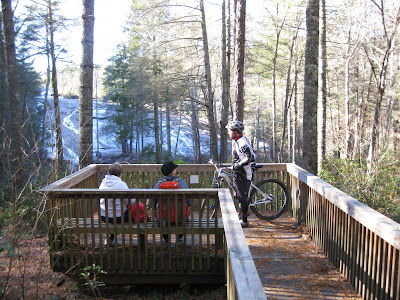 Here’s The Dirty Party Cycle chatting it up with a couple of hikers.


After a few moments on the observation deck, we headed down the gravel path to park our bikes: 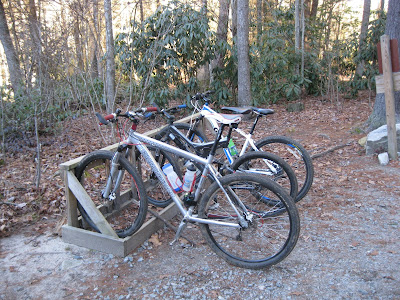 We walked up to the falls, and we all just took it in. We had started munching on trail mix at this point for a little extra energy, when all of a sudden The Dirty Party Cycle just took off up to the top. We must have purchased different kinds of trail mix, because Lunchbox and I didn’t get that tremendous burst of energy that had befallen the DPC. He almost ran to the top, and we could barely keep up. I guess he was pretty excited to see the falls: 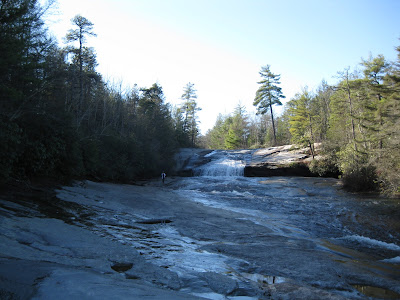 When we finally caught up, he wanted a closer look at this marvel of nature: 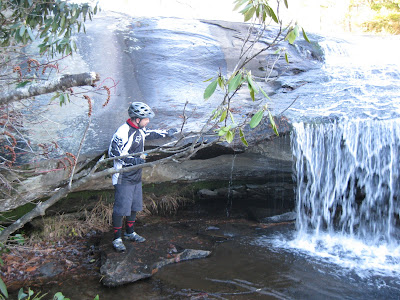 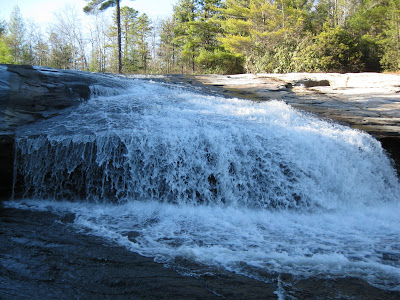 Lunchbox joined in, and they both enjoyed the peace and tranquility of the falling water: 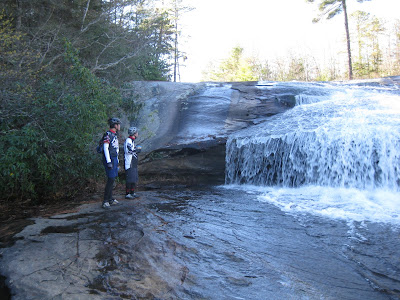 It was cold though. Really cold. The sun was starting to go down, which made the temps feel a lot worse. Some of the water on the giant rock formation was still a little frozen too: 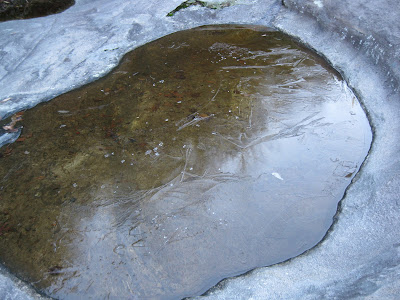 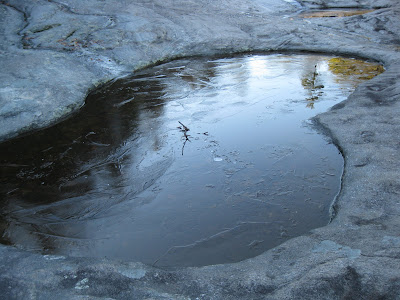 Even though we were getting a little chilly, the views were worth it. Watching the water rush down the rock made me remember why I wanted to take this trip in the first place. I just wanted to get away from it all for a while, and DuPont is the perfect place to do that. 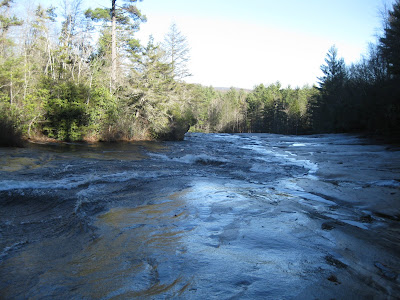 We hung out there for as long as we could, but it was soon time to get back. The rest of the trail was fast and fun (aside from a few tough climbs, but those were fun too.) I jumped out in front at one point to catch a photo of Lunchbox enjoying his newly built bicycle: 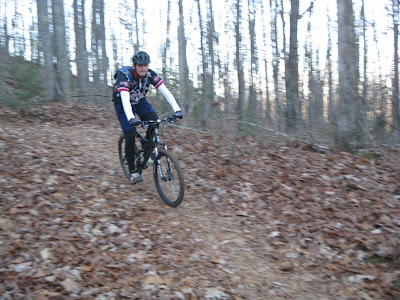 We made it back to the trailhead with plenty of time to spare, but now we were on a different menu. We packed up our shit and made our way to Asheville for some awesome Mexican cuisine at our favorite spot, Papa’s & Beer. I was starving, so I ordered a big ol’ plate of slop: 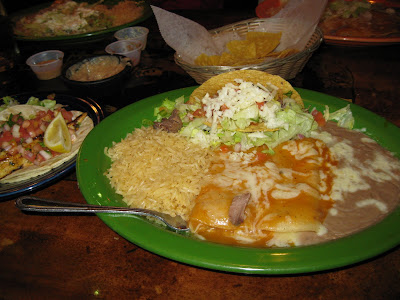 Lunchbox and The DPC were chowing down too: 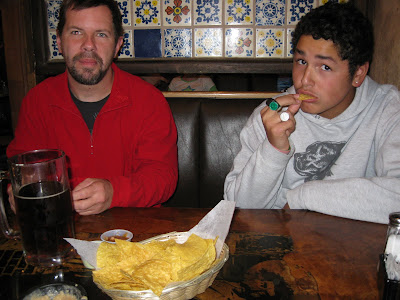 I even got to enjoy a big ass glass of Highland Brewing Company’s Gaelic Ale. Mmmm. 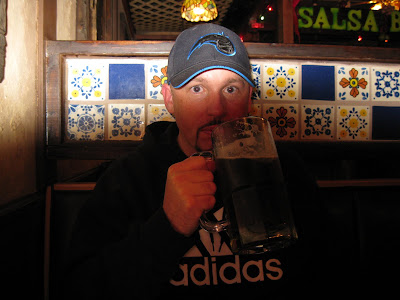 Yup, just what I needed. A great ride with some good people on some awesome trails was just what the doctor would have ordered (if I went to a doctor for such a thing.) I’m not getting the kind of saddle time I’d like to lately, so this kind of made up for it a little. Winter is fast approaching here in North Carolina, so I don’t know if we can do a repeat trip out there anytime soon. I hope so, for my sanity’s sake. I sure as shit don’t want to start putting in miles on the trainer just yet.
Posted by TheMutt at 8:43 AM