Getting Back To Training 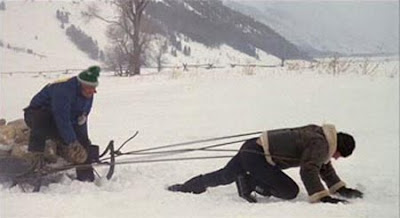 Well, not exactly. Thankfully it doesn’t look like that around here anymore, and luckily I don’t train that way for mountain biking. With the Winter Series over and a little less than a month to go until the Shootout On Anglers Ridge, I guess I have a little time to train. The weather is really nice now, so I should be able to ride as much as I want to.


One regular item in my new “training plan” involves riding my singlespeed. Even though the wheels are too small, it seems to be a pretty good training tool. Having to pedal faster to move those little wheels and standing up on climbs due to the lack of gears should whip me into shape in no time. It looks like I’ll be riding this at least one day a week now: 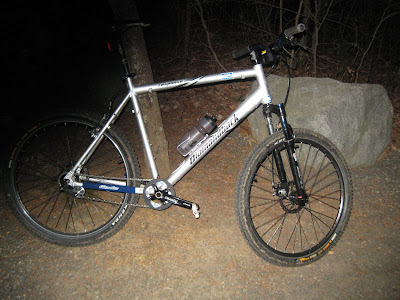 After work, I can leave right from my house and head over to the Mallard Creek Greenway. I have lights, so I don’t have to worry about being in a hurry to get out and ride before it gets dark. The greenway is nice because there are little secret trails all over the place. The fact that it is gravel and dirt through some of it keeps it interesting too. 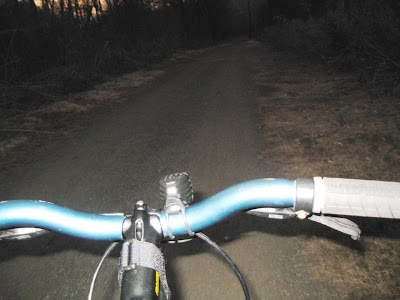 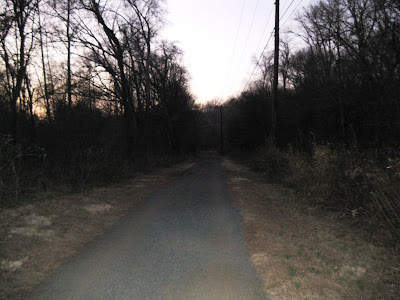 The little side trails can be pretty brutal. While not really singletrack, they are somewhat of a challenge. There is one trail in particular that it just a long, steep climb. I used it two years ago as part of my training plan for XTERRA Uwharrie. It worked, but I had forgotten about it until recently. Here’s a photo, but it doesn’t really show you much in the way of steepness. 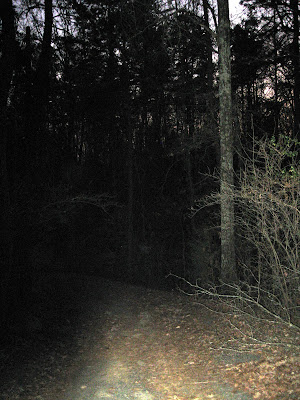 Riding that hill on a singlespeed is good for me. After a couple times up and down that damn hill my legs are ready to fall off. Hopefully it will do some good, but this shit can’t take the place of real mountain bike riding. It’s just a supplement.


So yeah, I’m training I guess. That probably looks like I’m taking the upcoming season a little more serious, right? Maybe. I would like to be able to finish these races without dying, and maybe even bet my usual middle of the pack finishes. I promise I won’t get too serious though. If I do decide to get all serious and shit, then there is nothing you can do about it anyway. Stormtroopers have no jurisdiction here in these parts. 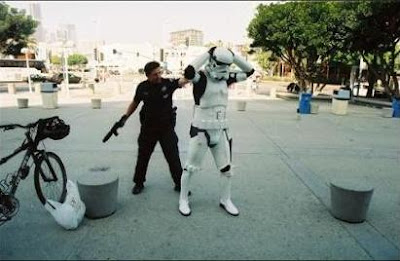 Okay, enough of that. Seriously, go out and ride this weekend. I will. A lot. In fact, I’m starting off early by riding this evening after I sneak out of work early. Come join me, if you can find me.
Posted by TheMutt at 7:59 AM