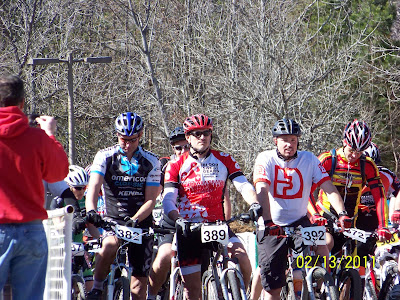 
Yes, that’s me at the start line with the rest of the big boys. After talking yesterday about Lunchbox and Little Miss Sunshine, today’s post is all about me racing in the finale of the Winter Series. I was ready, or at least I thought. My knee was bothering me a little bit, but I knew as soon as I started pedaling through the singletrack everything would be better.


There was a much larger group in my class, so I knew I had to step it up if I wanted to get anywhere in the overall standings. I was pretty close to cracking the top five overall, so all I had to do was finish in a decent position. We all took off, and I tried my best to hang with the lead group. I would go out in a blaze of glory if I had to.


The first lap had us all in a pretty tight group, and I was probably in about 6th place. I stuck to the wheel of the guy in front of me, but the rest of the pack was getting away. We flowed through the course at top speed though, and my plan was to turn it on when I got to the fire road climb and pass some people. I didn’t have to wait that long though, since there was a slight mishap.


One of the riders had crashed, and he took a few people with him. I gunned it through the crowd and shot by several riders. Shit, I was feeling pretty good about myself, kinda like Tom Cruise in Days of Thunder.

Drive Through It
Days of Thunder at MOVIECLIPS.com

After I hit the rock garden and headed up the fireroad though, it didn’t take too long for a few of the guys to catch back up. I still pushed as hard as I could, and gunned in through the start/finish line. I headed out for lap two, determined not to let the leaders get too far ahead. I took the second lap as fast as I could. 
I didn’t lose any ground on that lap, but I didn’t gain any either. The lead guys were just too fast for me, so I just concentrated on fighting off the rest of the pack. I stood up on the climbs, and pedaled fast on the downhill sections. After coming through the start/finish line again, I gunned it some more.


Even though earlier I had to give some medical attention to a guy that crashed on the trail, I didn’t seem to care too much about my own safety out there. I wanted to leave all I had out there on the trail, even if that included my ass (and skin, and blood, etc.) When the “jump” wound up in my sights, I took to the air. 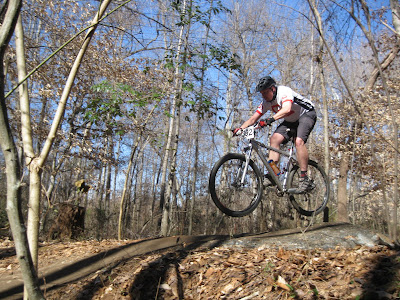 I landed it clean, but in the back of my mind I kept thinking about all the people that wipe out (or almost wipe out) on it. Nevertheless, I was fighting for a top five spot. On the next lap I was getting a little tired, but I didn’t care. I tried to recover a little bit, and as soon as I did I was back to full on redline. 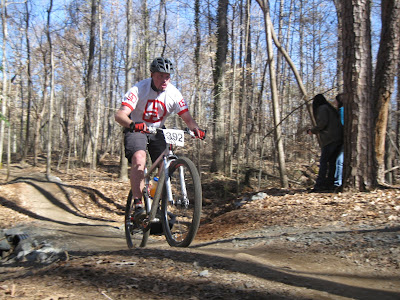 On the last lap, I gave whatever I had left. My calves were cramping at this point, probably because I was a little dehydrated. I fought through the pain, because damn it I had to. Lunchbox was there as usual to capture the action. 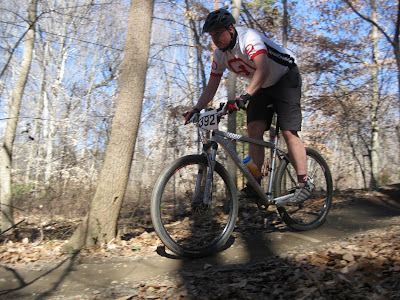 Since this was the last lap, I pushed myself almost to the point of puking. I guess that’s what you’re supposed to do. I never really have a race strategy anyway, so this seemed good enough. As I took the final descent to the start/finish line, I got lapped by one of the lead riders. Damn it. Oh well, I was still going all out. When I came to the finish, I thought it would be better to run on top of my bike rather than ride it. It made for one goofy ass photo. 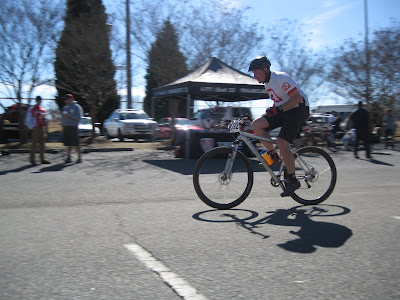 When it was all said and done, I ended up in 10th place (I think), out of 13 riders. I guess it wasn’t all that bad, but I could have done better. I also ended up tied for 6th overall, and I was only three points out of 5th (the magical number for prizes.) The guy I tied with had only done two races, so actually he doesn’t count anyway. On a side note, Team B-43 wound up in 36th place, out of 59 teams. Not too bad considering we're not loaded with riders. Little Miss Sunshine raced on the Dirt Divas team, so it was just Lunchbox and I gathering team points.


Oh yeah, I think I even saw Bigfoot out there: 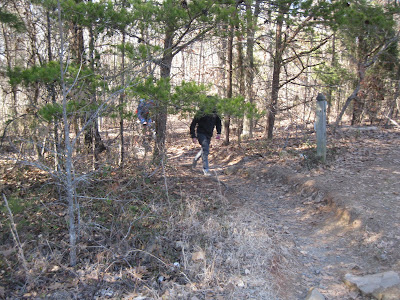 When it was all over, we headed to East Boulevard Bar and Grill for the afterparty. 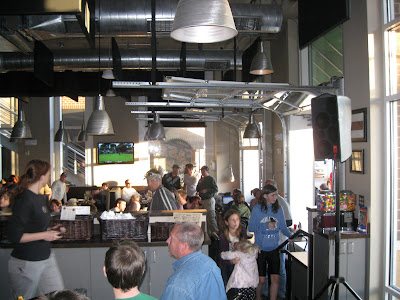 Lunchbox was stylin’ in his Cane Creek shirt at the bar: 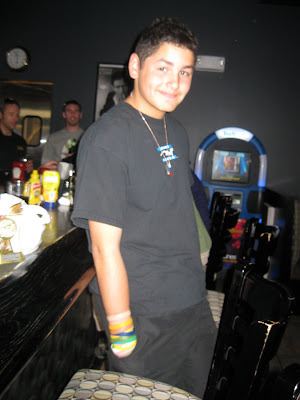 Even the Space Cowboywas there, where we got all serious while Little Miss Sunshine tried to cover up my Bike29 shirt: 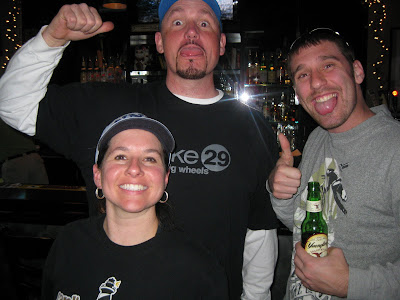 Beers were had, tall tales were told, and plans for the rest of the season were discussed. We mostly talked about beer though, as I have a new mission that would take precedence over my “training.” 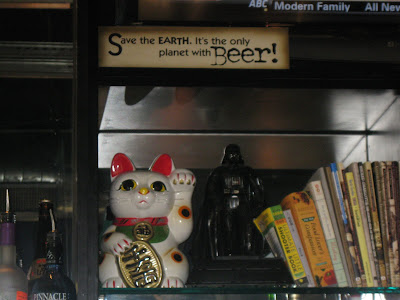 Yes Darth Vader and strange Asian kitty, I’ll do my part. Beer is the only reason to save this planet for sure. Well, that and the rest of the race season.
Posted by TheMutt at 8:13 AM