Burning Up The Weekend

Moving backwards on my five day weekend, now I’ll talk about what I did on Sunday.  After spending lots of family time on bikes, I decided to head up to Dark Mountain to cheer on (and heckle) the folks that were racing the Burn24. 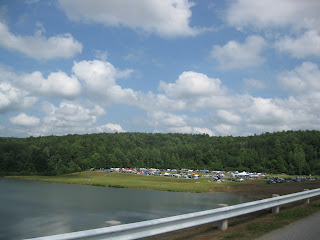 My first stop in Tent City was to pay a visit to the Dirt Divas team, and drop off some ice on a hot day.  I didn’t let the heat get to me though.

I tried my best to be cool. 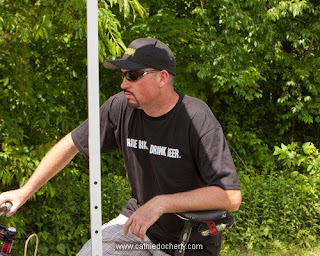 They were waiting for a teammate to come in from a lap, then the plan was to ride one more.  Instead of letting one go out alone on her last lap, three of them did it together: 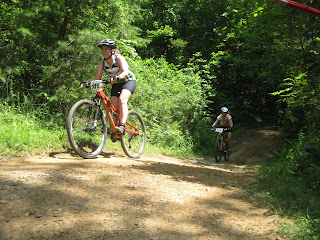 While they were out on the course, I made my rounds to talk to pretty much everyone I could find out there, and it was cool to hear the stories from their individual races.  When it came time for the ladies to get out of the woods, I made my way to the trail exit to get a few photos. 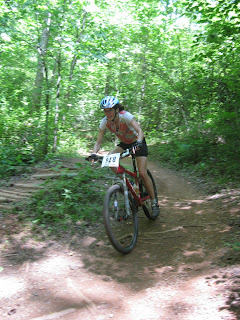 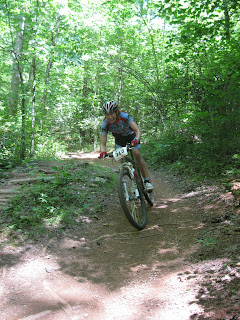 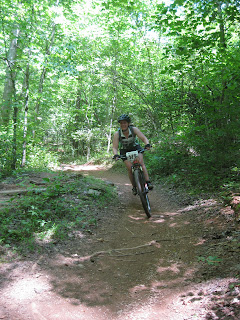 It was really fun to hang out at a race that I didn’t race, and I enjoyed talking to everyone out there.  I even ran into D-Wayne, who promptly offered me a beer.  I politely declined and he wondered what the hell was wrong with me.

Well, I didn’t go up there just to spectate.  I wanted to get in a ride of my own, so I took my single speed to the nearby Overmountain Victory Trail for a little alone time. 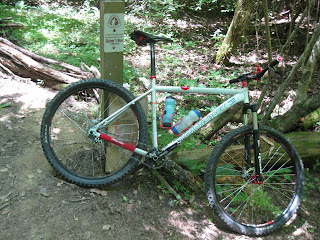 It was my first time there on the SS, and I loved it.  Other than a few hikers, I pretty much had the trail to myself.  It was just what I needed for sure.

Big thanks to the Dirt Divas for letting me hang out with them.  They rocked it out there.