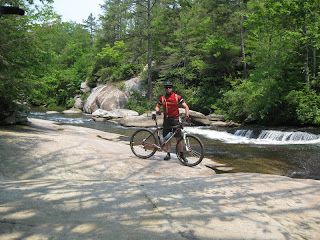 Over my five day weekend, the family and I wanted an all day cycling adventure. We felt like the best way to do that was to head to the Dupont State Forest in Western North Carolina. With miles of fun singletrack, mountain views, and even waterfalls, it was the right decision.


The trail starts out with a little climbing, end you end up at a creek crossing (the photo above.) The current is too fast and the bottom is too slippery to ride across (although I’ve seen it done once), so we walked our bikes through it. The cold water felt good on our feet since it was a pretty warm day.


Lunchbox was happy to be on the other side and not down the creek without a paddle. 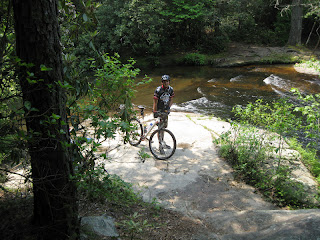 We rode some more singletrack, and I noticed that things have changed a bit since I was there last. Someone has been putting in a ton of work out there, and the conditions were much improved. The trail has been made more sustainable, which hopefully will keep people coming back for more. After riding for a while, we came up to the first of many waterfalls on our journey. 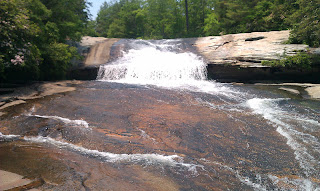 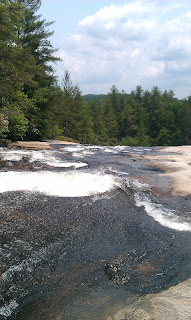 Lunchbox loves coming out here, because you can’t see stuff like this here locally. 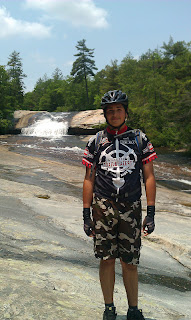 Little Miss Sunshine did her best “wilderness pose”, enjoying every minute of our day. 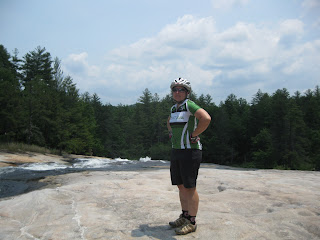 She even made the kid and I get into this cave thingy: 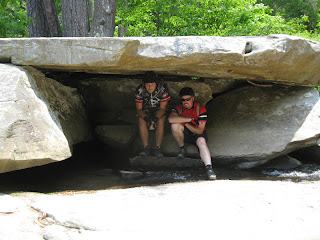 Next up, we did a little gravel road climbing. The goal was to get to a trail called Airstrip, which does, in fact, lead to an airstrip on the top of the mountain. Instead of climbing up the gravel road and bombing down the singletrack though, we decided to climb up the trail. It wasn’t bad, since it had also been reworked.


We made it to the top, and the reward was a spectacular view of the surrounding mountains. Lunchbox uses views like this to remind himself why we ride bikes in the mountains. 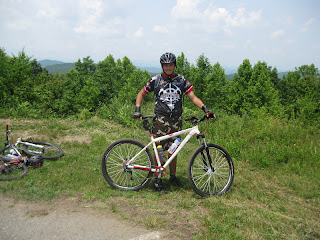 After making it to the top and taking in the views, we turned right back around and rode the now downhill Airstrip trail. It was fast, full of jumps, and basically a shitload of fun. I hauled ass to the bottom with just enough time to watch the little lady hit the final turn. 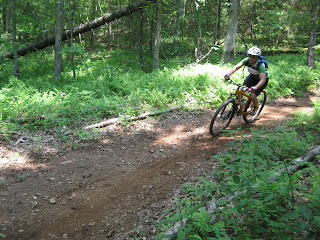 After that, the plan was to see some more waterfalls. We headed over to High Falls, which only took a few minutes on a gravel road. We reached the top and took a peek over the edge. 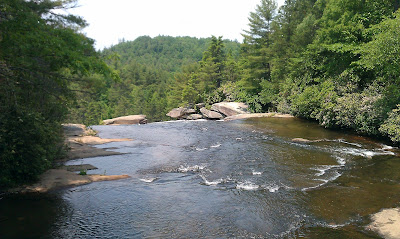 Then we took a ride to the bottom, where the view was much better. 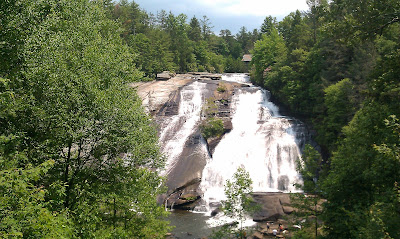 In all, it was a great day for riding. No one crashed, and we all had a really fun time. We even bumped into many folks from our neck of the woods while we were out there. It’s a small world (in the cycling community anyway.)


When it was time to go, we decided to hit up a local place that I’ve never been, but Little Miss Sunshine has. 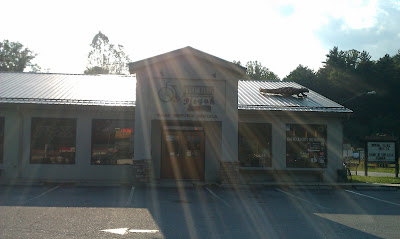 The Hub, which is a bike shop/tavern (the best combination), is a local mecca for weary mountain bikers in the area. They have a nice shop, and quite a few beers on tap (and in cans and bottles.) As a bonus, there was a bike demo going on there. 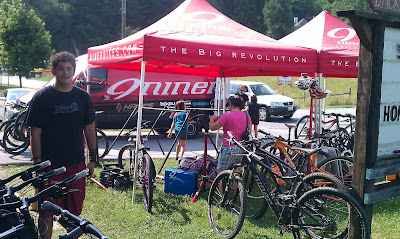 Notice that Lunchbox is always pimping Bike29. He’s such a good kid.

Anyway, Mike from Niner happened to be there, and we hung out with him and his family for a little while. We even helped tear down (a little bit anyway), and joined him and some locals for a beer or two. When we closed down the place, we headed over to a well-known Mexican restaurant up the road to get our grub on. 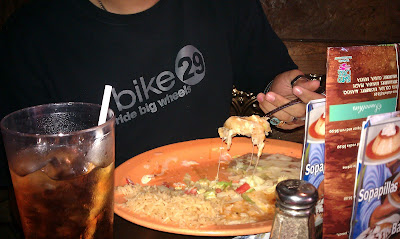 I think this was the best day ever.
Posted by TheMutt at 8:59 AM