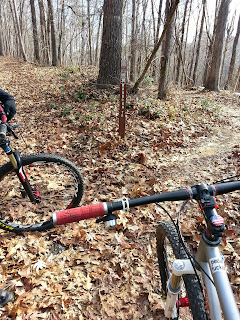 After being off the bike for almost two weeks (due to being a sissy in the cold weather), I finally got out for a good ride. Not wanting to do hot laps on our local trails, I needed to get out of town. I wasn't able to go too far away so I settled for the “little mountains” to our east in the Uwharrie National Forest. As a bonus, a long-time missing person from this blog joined me on the ride. 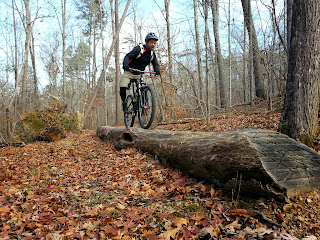 It's been a long time since we've ridden together, probably because I'm a shitty friend and don't get over to his side of the world too much. He hit me up about riding Uwharrie, and it just so happened that I wanted to go there anyway. He picked me up bright and early, and we proceeded to have one fine social ride with some punchy climbs and super fast downhill thrown in. While not as mountain-y as Pisgah, Uwharrie is a really fun place to ride if you know where to go.


There are some pretty good views if you take a minute to stop and look. 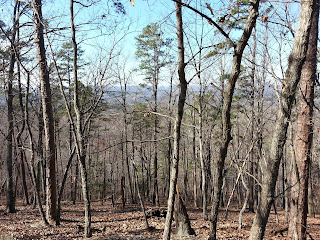 We used to ride there together quite a bit back in the day, so much that we were more local than the locals. I realized after this ride that we need to get back to that. I fell in love with Uwharrie when I first moved here, but I've neglected it quite a bit over the last two years. I won't say that it's better than anything in the “real” mountains, but it gets the job done. I can drive an hour, get in some good mileage with some good climbing, and be back home well before bed time on a school night. Plus, if you have some kind of mechanical issue out there, it's really not that big of a deal. 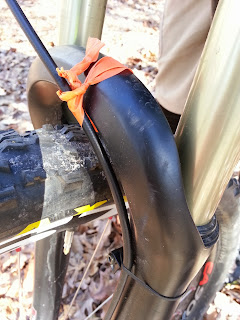 That was a field repair of the Dirty Party Cycle's uh, Dirty Party Cycle. The clip holding his front brake cable broke, and we were able to improvise and keep riding. Even if we weren't able to fix it, it would've been a short walk back to the parking lot for a real repair. I like that. The feeling of riding somewhere remote without actually being so remote. Rad.


Uwharrie was my first love here in NC, and I will continue to go there. I will definitely ride Pisgah more in the future too, but being able to drive a little under an hour to ride some pretty fun shit makes Uwharrie my go-to trail when I'm unable to get too far away. 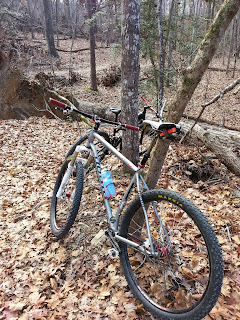