If I’m Not Careful…

A few years ago, my “offseason” meant plenty of eating and drinking with a little riding thrown in.  While my normal weight is 225 pounds, it would be uncommon for me to shoot up to 235 pounds by the time January rolled around (two years ago I got all the way up to 245.)  Last year, I rode a lot more and kept myself right at my in-season weight of 225.  I figured out that it was pretty easy to do, so I decided that from now on I would stick to it and not put on my traditional offseason flab.  This year it’s not looking so good though.

The weather around here has been extra shitty lately, which means that my riding has been reduced dramatically.  As a matter of fact, I haven’t been on my bike in almost two weeks.  I can blame some of it on the rain, some on the cold, and some on working late, but mostly it’s because I’ve been pretty lazy.

Plus I’ve been eating a lot more for some reason.

It’s been good stuff though, like these deep fried Oreos with ice cream: 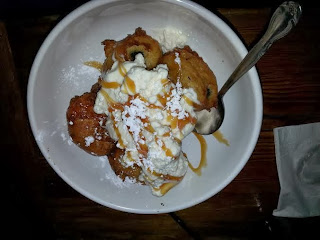 And the jar of M&Ms I keep next to me in the living room: 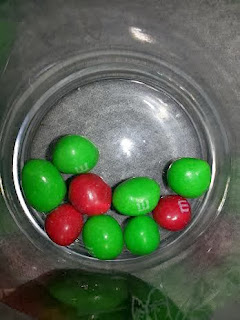 And to top it off my cousin just sent me a giant box of steak: 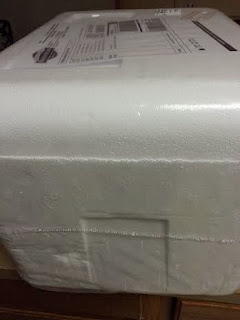 You know, shit like that.  Couple that with not riding enough lately and I bet I can break my offseason record of 245.  I know it could happen, so that’s exactly why I’m not gonna let it.  You see, unlike most people that allow themselves to get all big and chunky, I’m too disgusted by shit like that to allow myself to fall prey to it.  I don’t want to be a big tubby sumbitch, which means I’m gonna get off my ass and do something about it.

I’m sure that some people just give up and buy bigger clothes when they start packing on the pounds.  Don’t do it.  Don’t be weak.  Don’t be lazy.  And definitely don’t be a Lardassian.  I’m smart enough to realize where not riding and eating more can lead, and I won’t give in.  I’ll ride in the cold, rain, tornadoes, whatever.  A couple of extra pounds around the holidays is normal (so people say), but forget normal.

Being a big ‘un is a choice, and I’m choosing to keep it from happening.  With more shitty weather allegedly on the way for this weekend, I’ll get my ass out in it if I have to.  It’s not just about the weight, because riding keeps me sane and happy.  And I’m one grumpy, depressed motherfucker right now.

And you thought fat people were jolly.