I Picked The Wrong Day

I’ve been trying like hell to get up to the hills ever since I finished building my Enduro™ bike.  Even though it was really cold, plans had been set in motion.  I was hoping that someone would back out and we would stay local, but I learned that my friends are just as dumb as I am.  We left Charlotte late Saturday morning hoping it would be a little warmer, but when we arrived in Old Fort it was still below freezing. 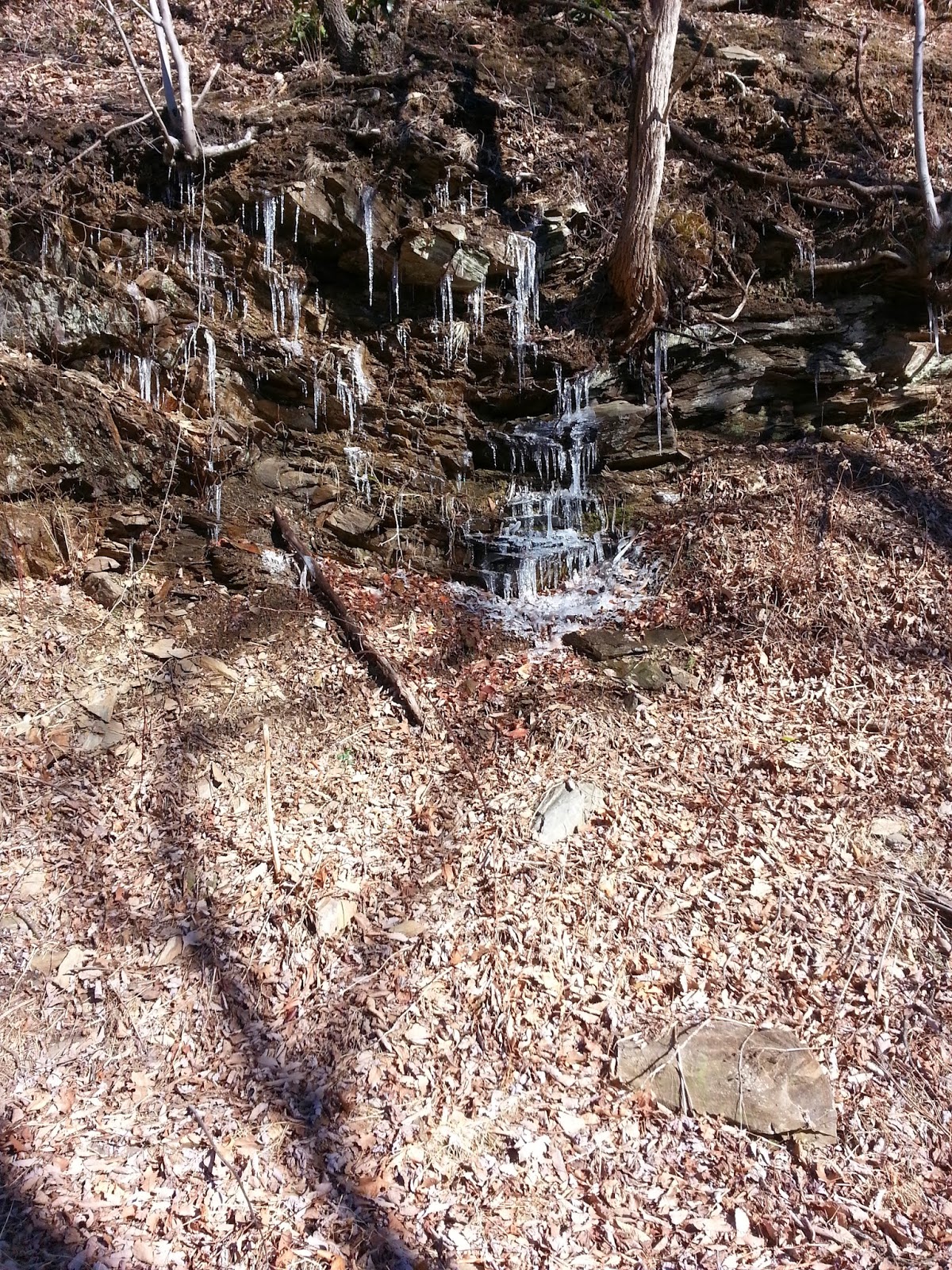 We all got dressed in pretty much every thing we had, which for me included three DeFeet base layers, arm warmers, and some new socks I was testing for the first time. 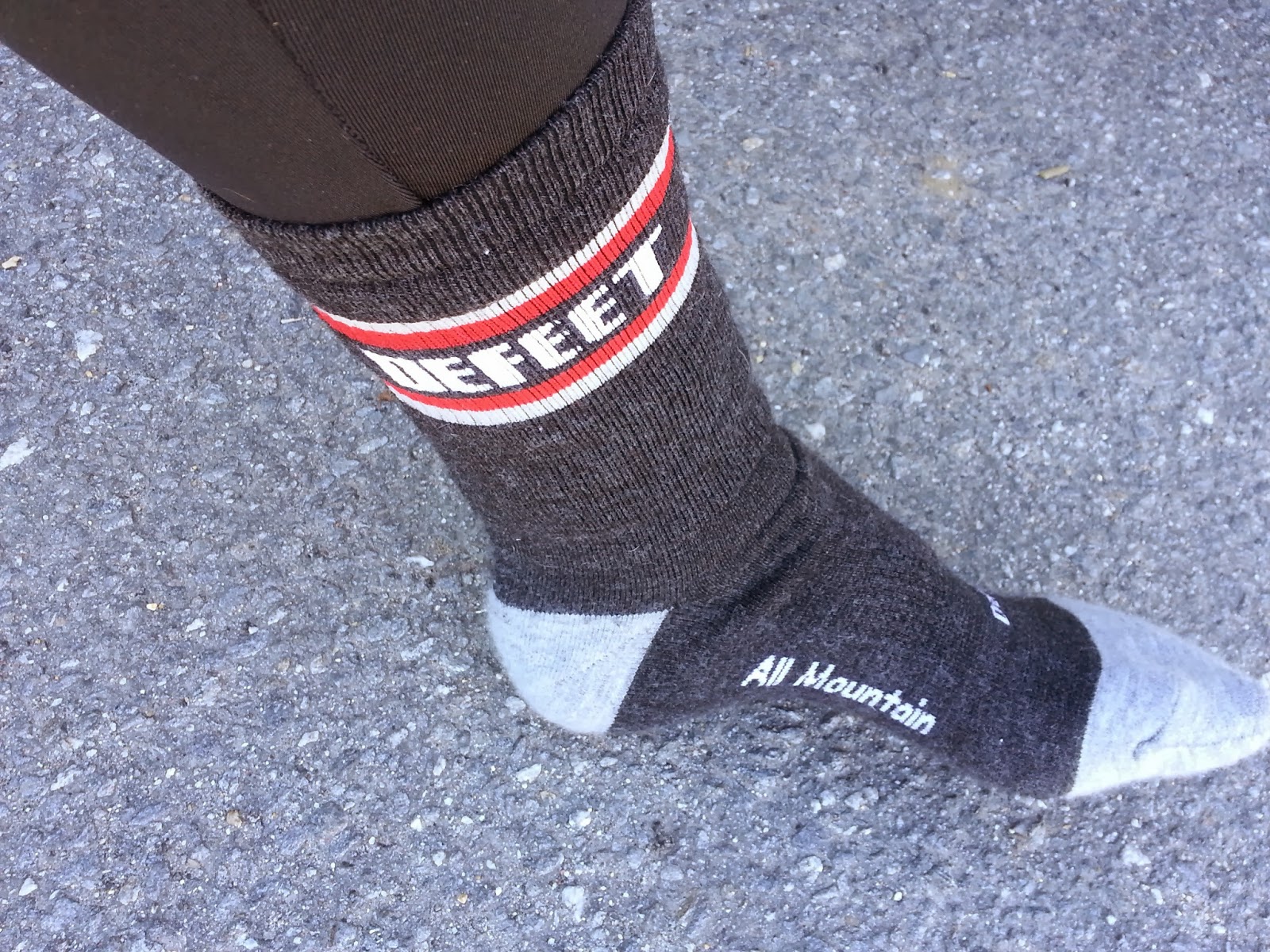 The wind was kicking like Bruce Lee, and we reluctantly rolled out of town to climb up to the top of Kitusma,  It was me (of course), The Dirty Party Cycle, Good Guy Greg, and TomTom.  Old Fort was like a ghost town, with no other cyclists in sight.  Yup, we were the only people dumb enough to be out there.

We kept a steady pace on the road, trying not to go too fast for fear of the wind freezing us on the spot.  About halfway up, we got to at least enjoy some scenery. 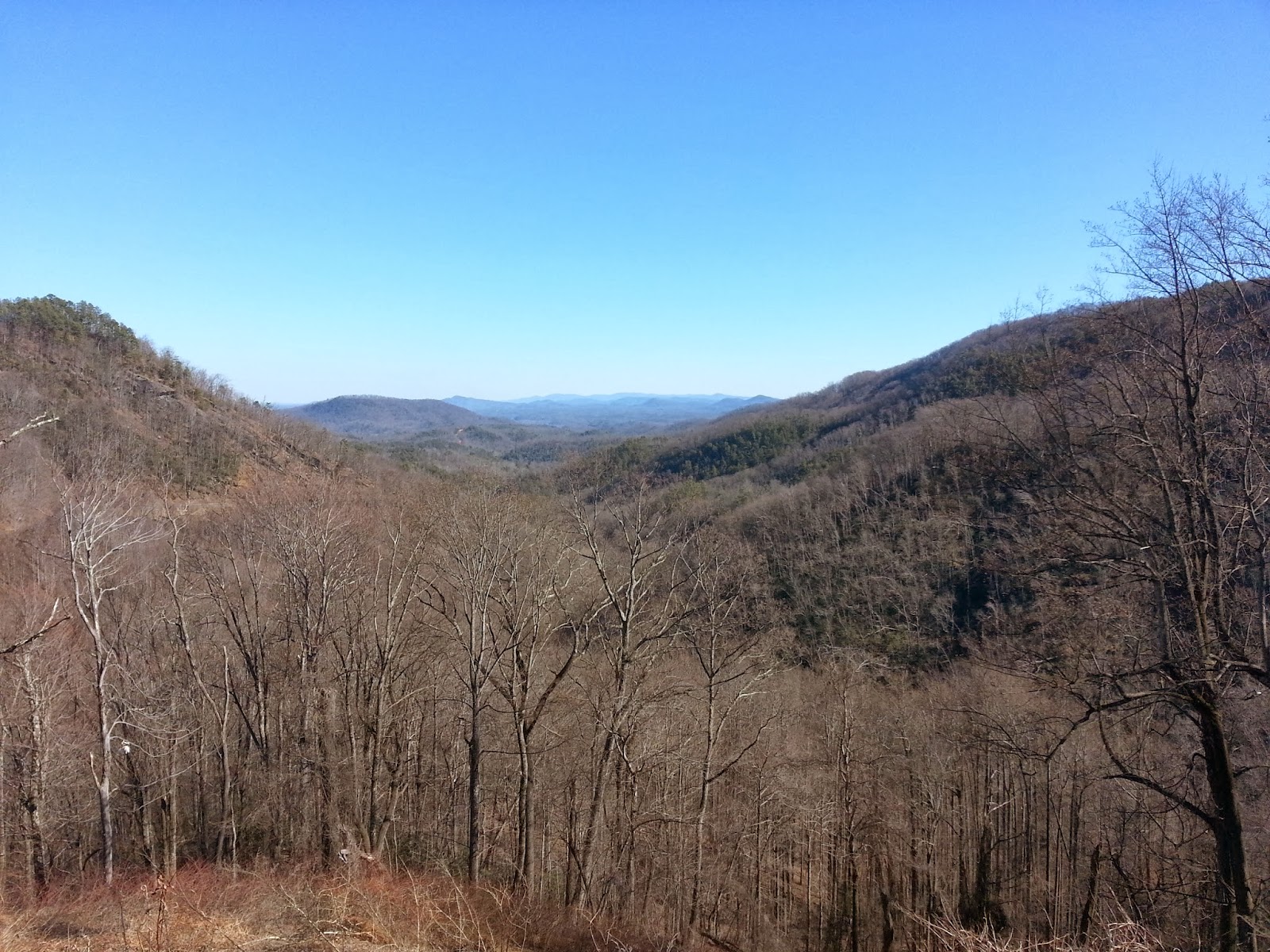 We weren’t really any warmer though, and we still had more climbing to go.  Once we navigated some of the steep switchbacks up Kitsuma Peak, we found a clearing and stopped for a spell.  It was mostly to warm up, and luckily Good Guy Greg had something to warm us up from the inside out.  The DPC was eager to partake. 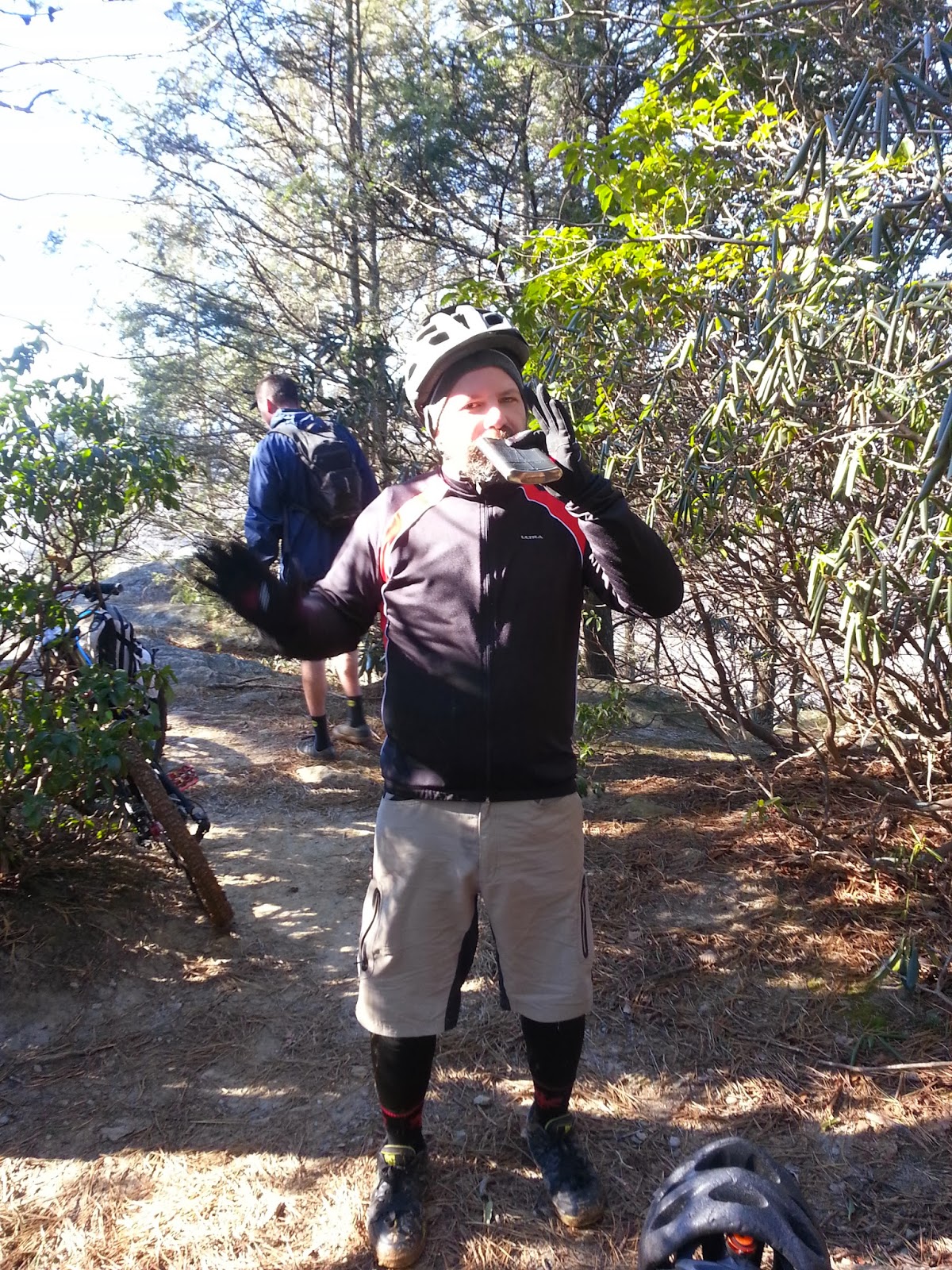 And TomTom was happy just to be out of the wind for a few minutes. 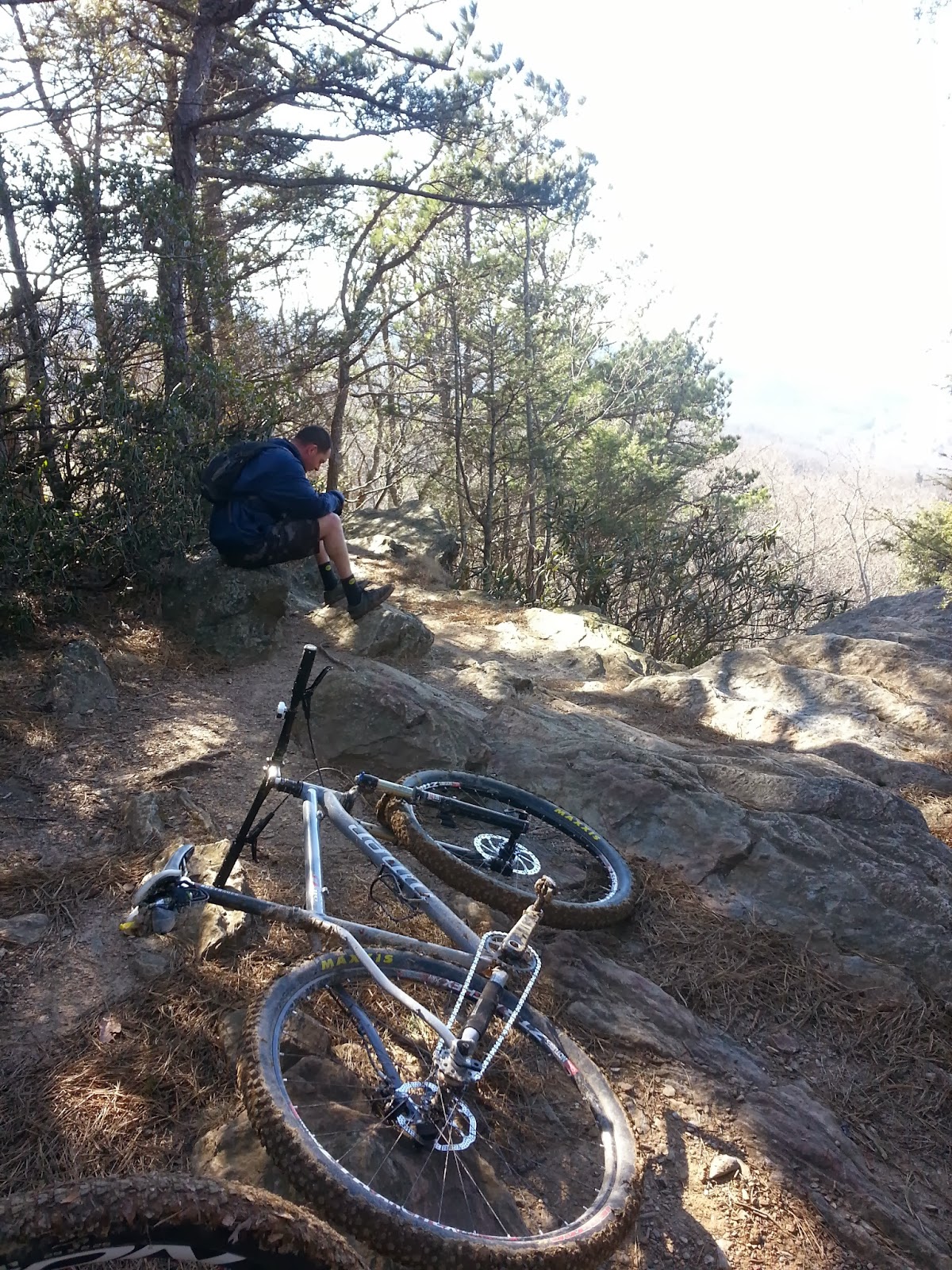 After a long bout of shitty weather around here, none of us had really been riding much.  We were all definitely out of shape and hurting.  I’d like to blame it all on the cold, but even on a warm sunny day it would have been tough.  It was on that rest stop that we started having second thoughts about doing Heartbreak Ridge and Star Gap.  It was getting late, we were suffering from not riding, and most of us couldn't really feel our fingers.  While we usually look forward to the descent down Kitsuma after that long climb, I think we were worried that it wouldn’t be as fun as it usually is.

The trail was still frozen in some spots, and in others it was mushy.  Leaves covered the trail in many places making it difficult to see where we were supposed to go, and the cold wind blowing on us at high speeds made the ride kinda sucky.  It was fun though, but not being able to feel your hands enough to know if you’re applying the brakes made things interesting/dangerous.  My "new" bike was pretty awesome (I’ll get into that probably tomorrow) even though I had a couple of “Oh shit” moments, but for the most part it was still fun.  Before we knew it, we had reached the bottom at the picnic area. 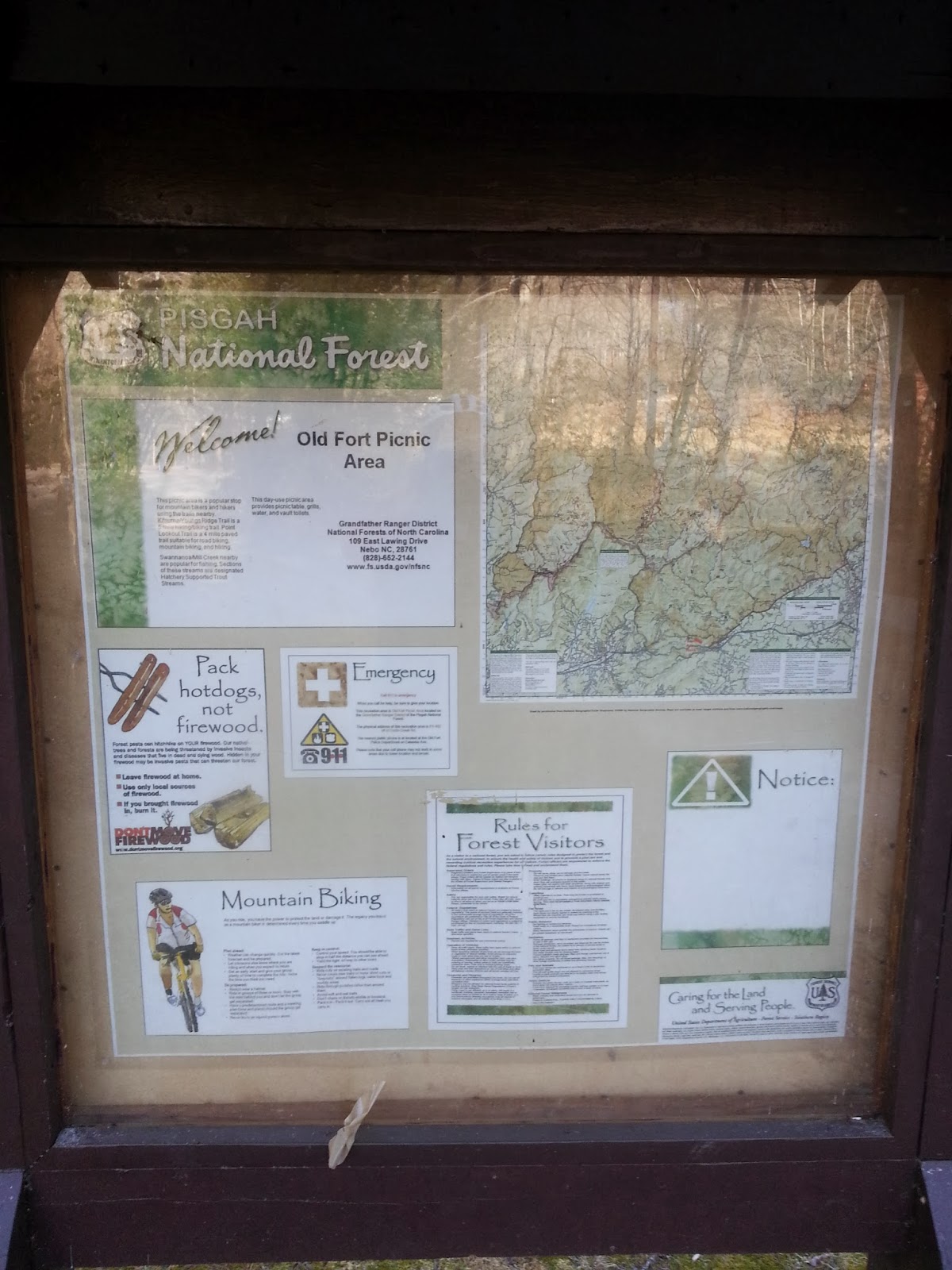 When we all stopped to warm our hands, we all knew that was it.  Instead of continuing over to Heartbreak, we made the decision to ride back to town.  I wasn’t looking forward to riding back on the road (and in the wind), so we tried to keep in interesting. 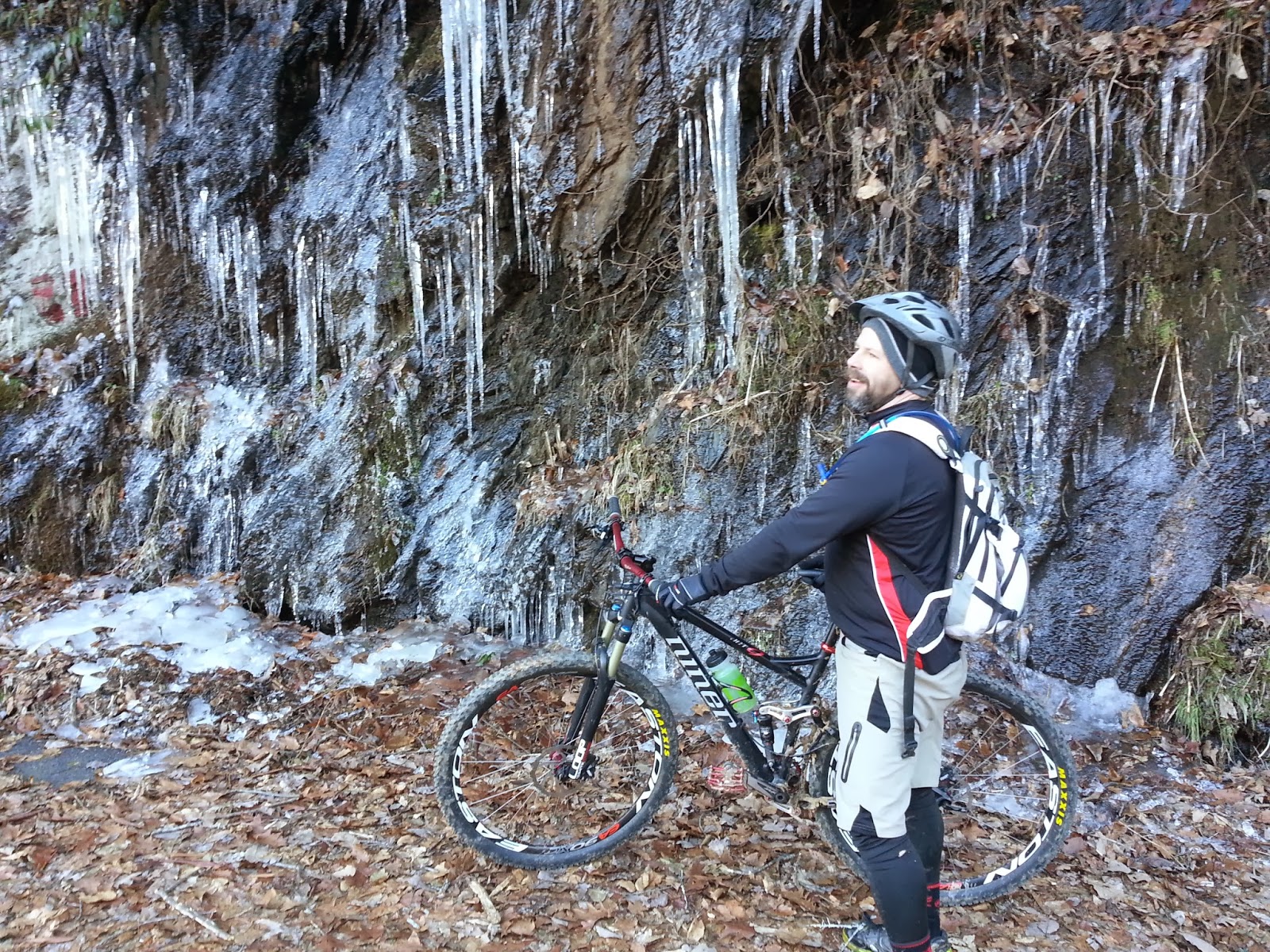 The DPC enjoyed looking at the icicles, but I wanted to play with them. 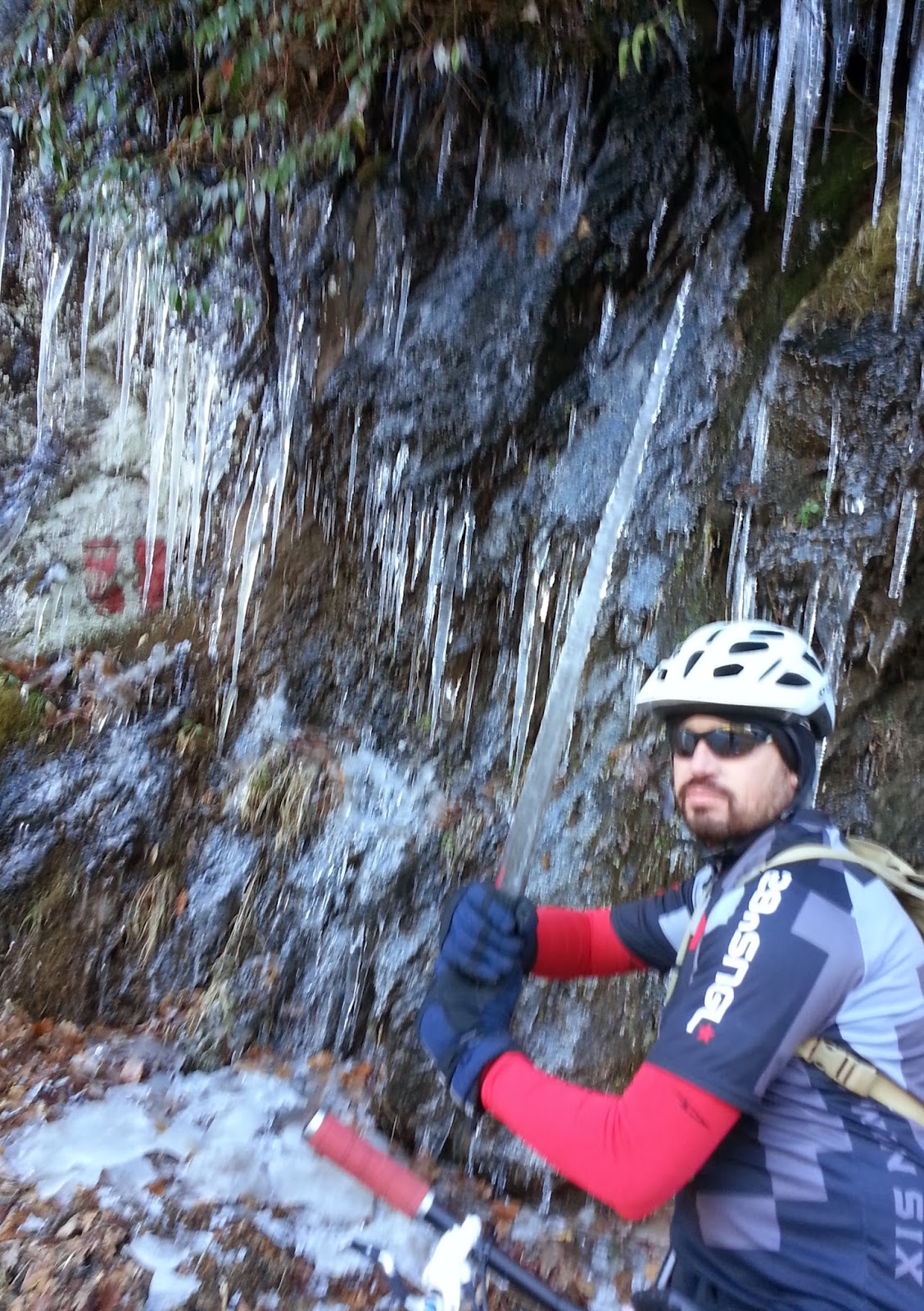 What, you don’t pretend everything is a lightsaber?

The ride back was painfully cold, but we eventually made it safe and sound.  Next stop, beer.