We rode bikes.  That’s how every good adventure should start (sometimes that’s the whole adventure.)  This was only the start, so we packed up and hit the road.  Since we were in the area, we decided to drop by a local store, grab some beer, and make a pit stop at First Flight Bikes.  If you bring beer they let you sit in there and drink it. 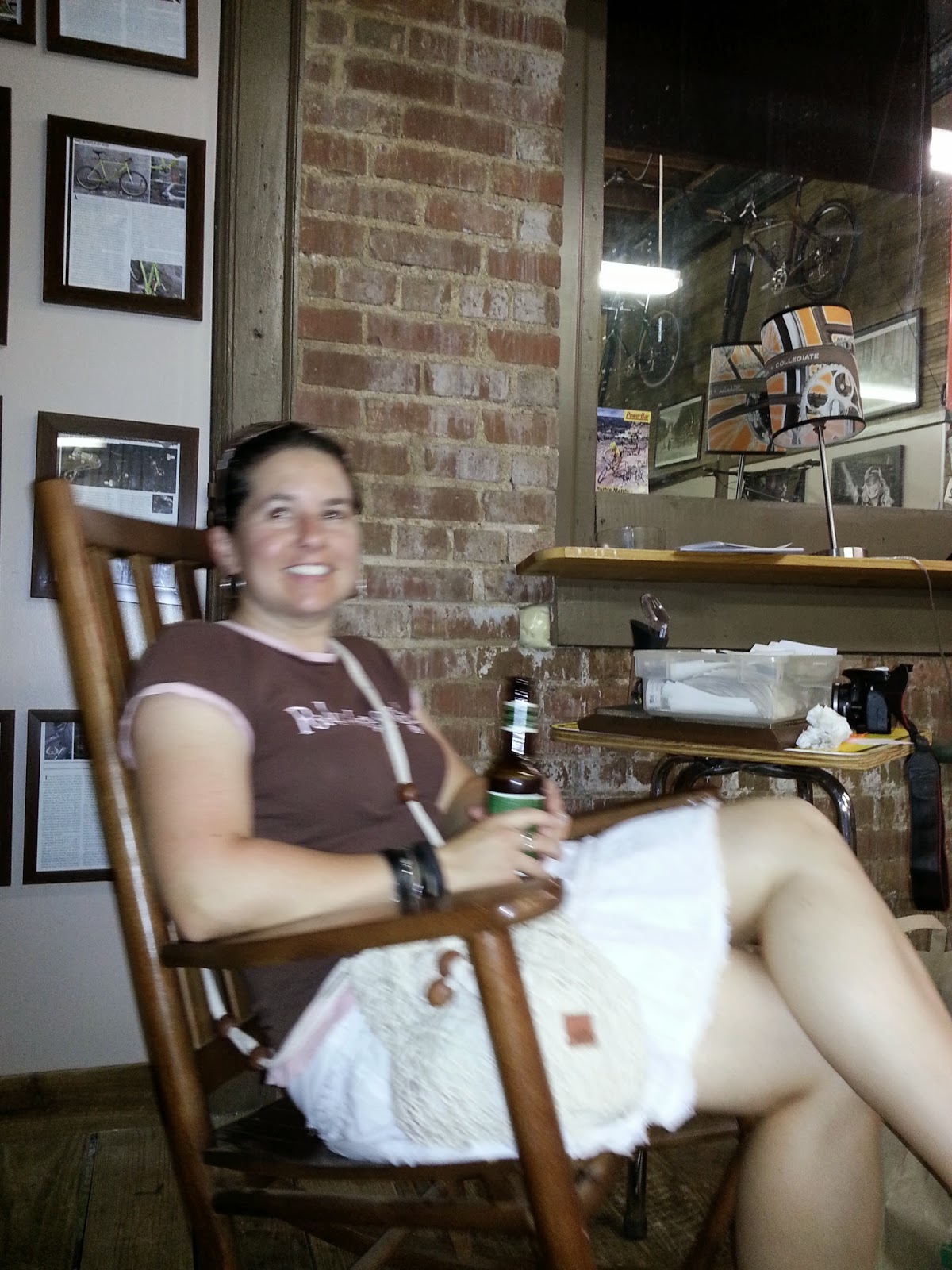 They love beer in that place (especially when you bring enough to share.)  They even have a wall along the stairs (on the way up to the Museum of Mountain Bike Art and Technology) that has beer ranked from worst to best. 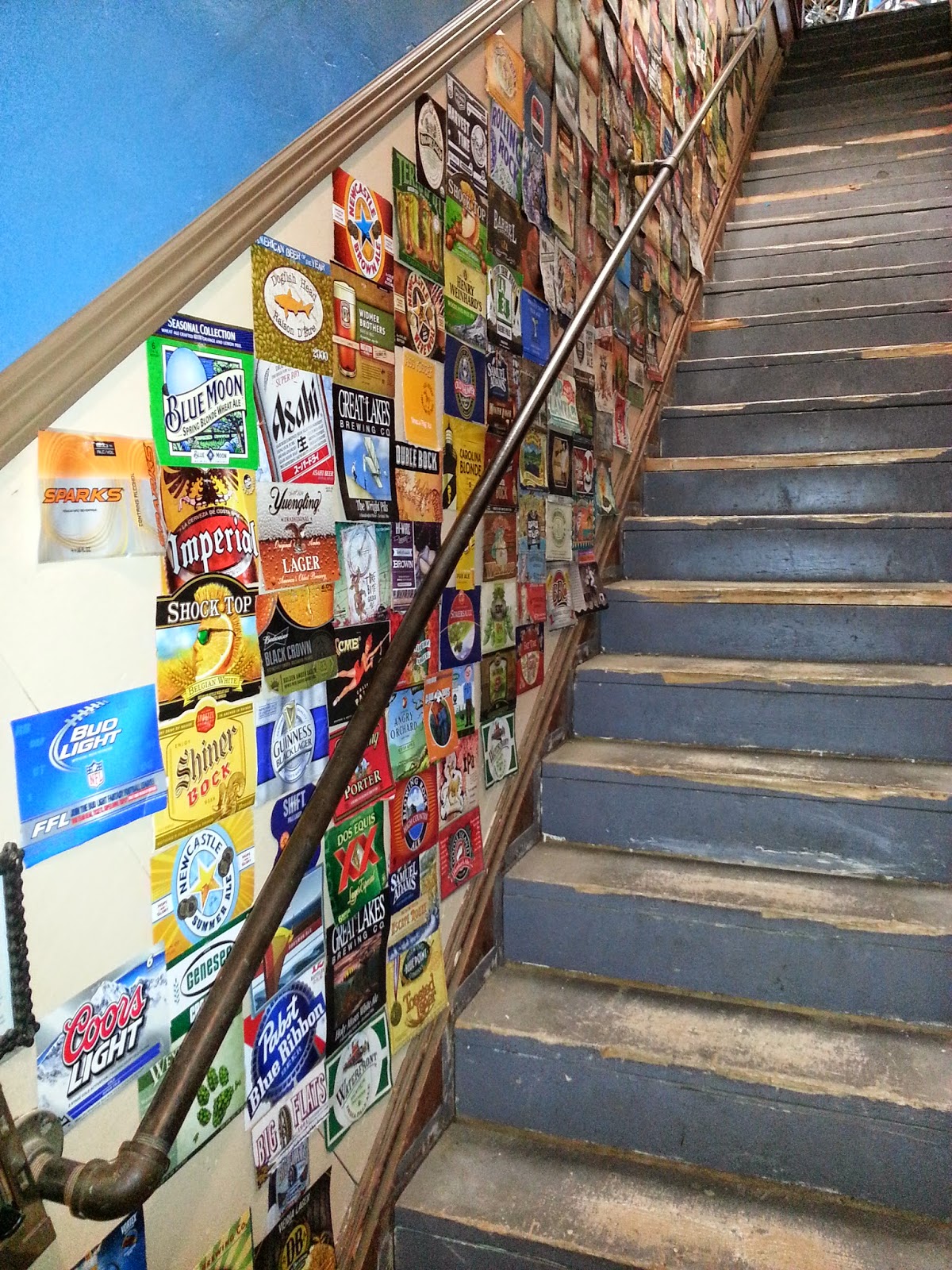 The worst is obviously at the bottom.

What a cool shop.  I love stopping by there when I’m in town.  They are always happy to see me (again, because we brought beer), and you never know what you’ll find in there. 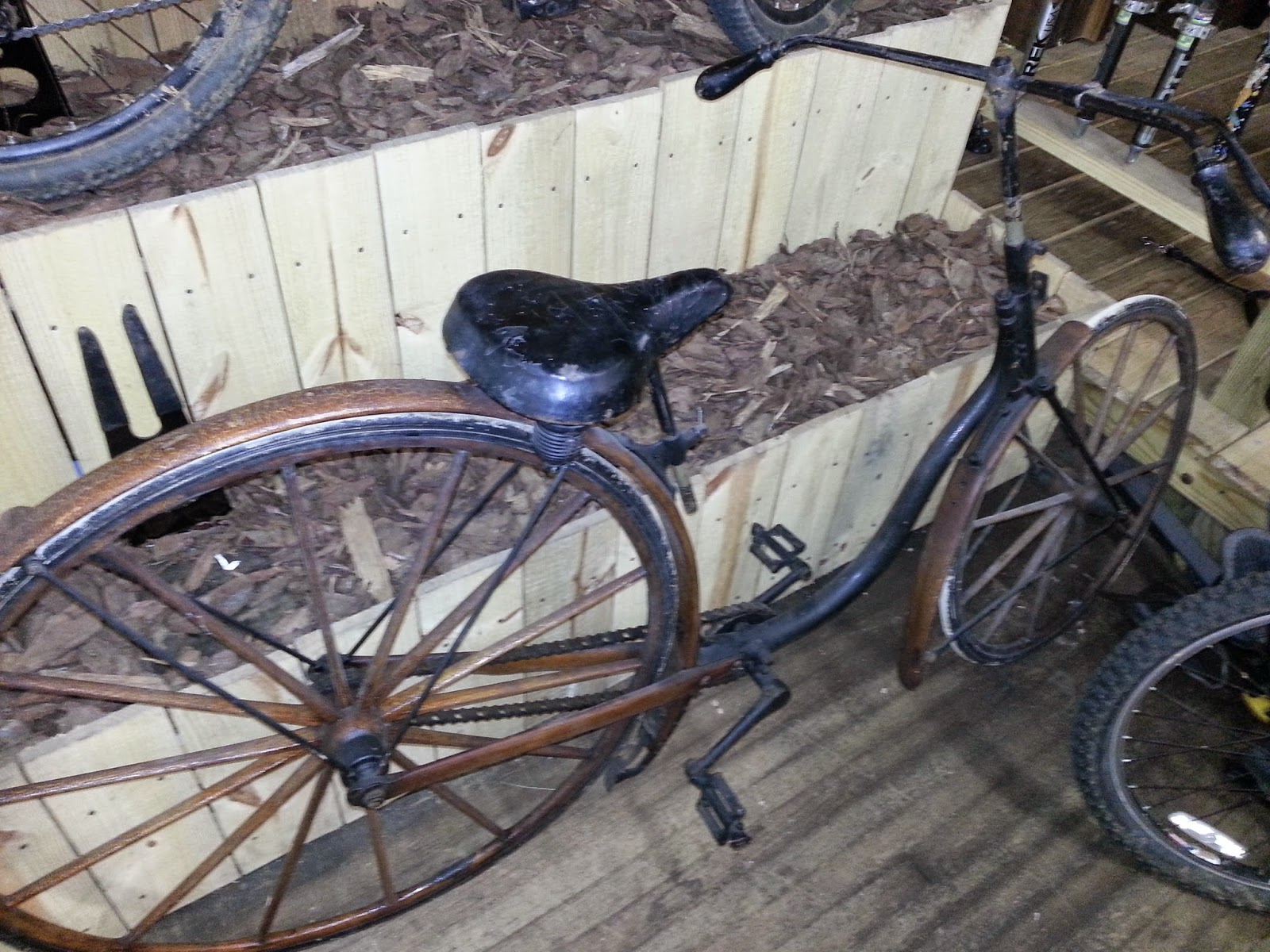 Old bikes.  Yes.  They haz.
We left outta there with no real plan other than grabbing some lunch.  Down some country roads, we found one of two remaining covered bridges here in North Carolina.  The other is out in the Uwharries, and yes, we’ve been there.

Anyway, this one is kinda cool too. 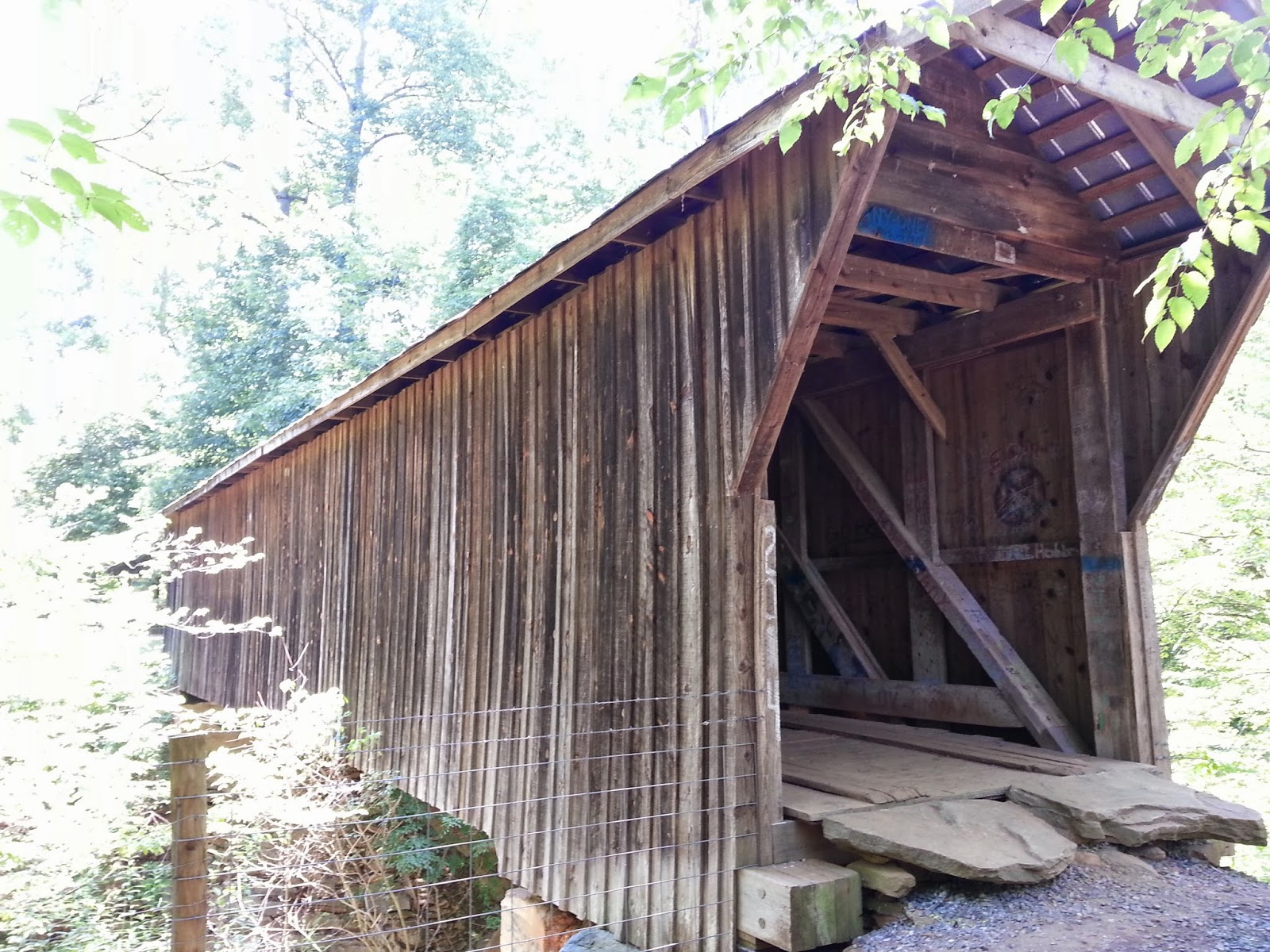 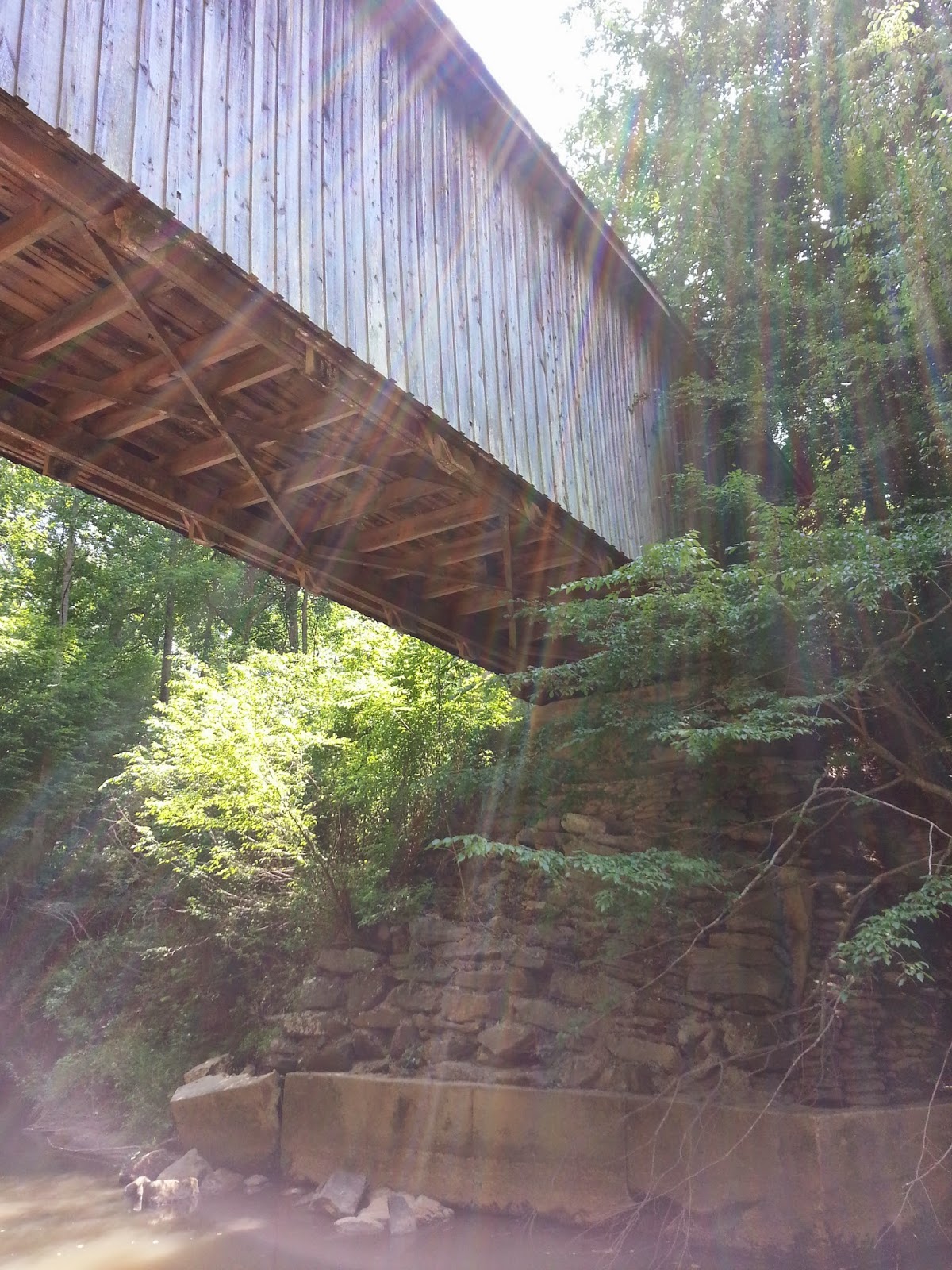 It’s just across the river in Catawba county, and I guess you should check it out if you’re in the area.  We kept going down the road and eventually ended up in downtown Hickory, where we found the Olde Hickory Tap Room.  We ate lunch, and of course I had some beer. 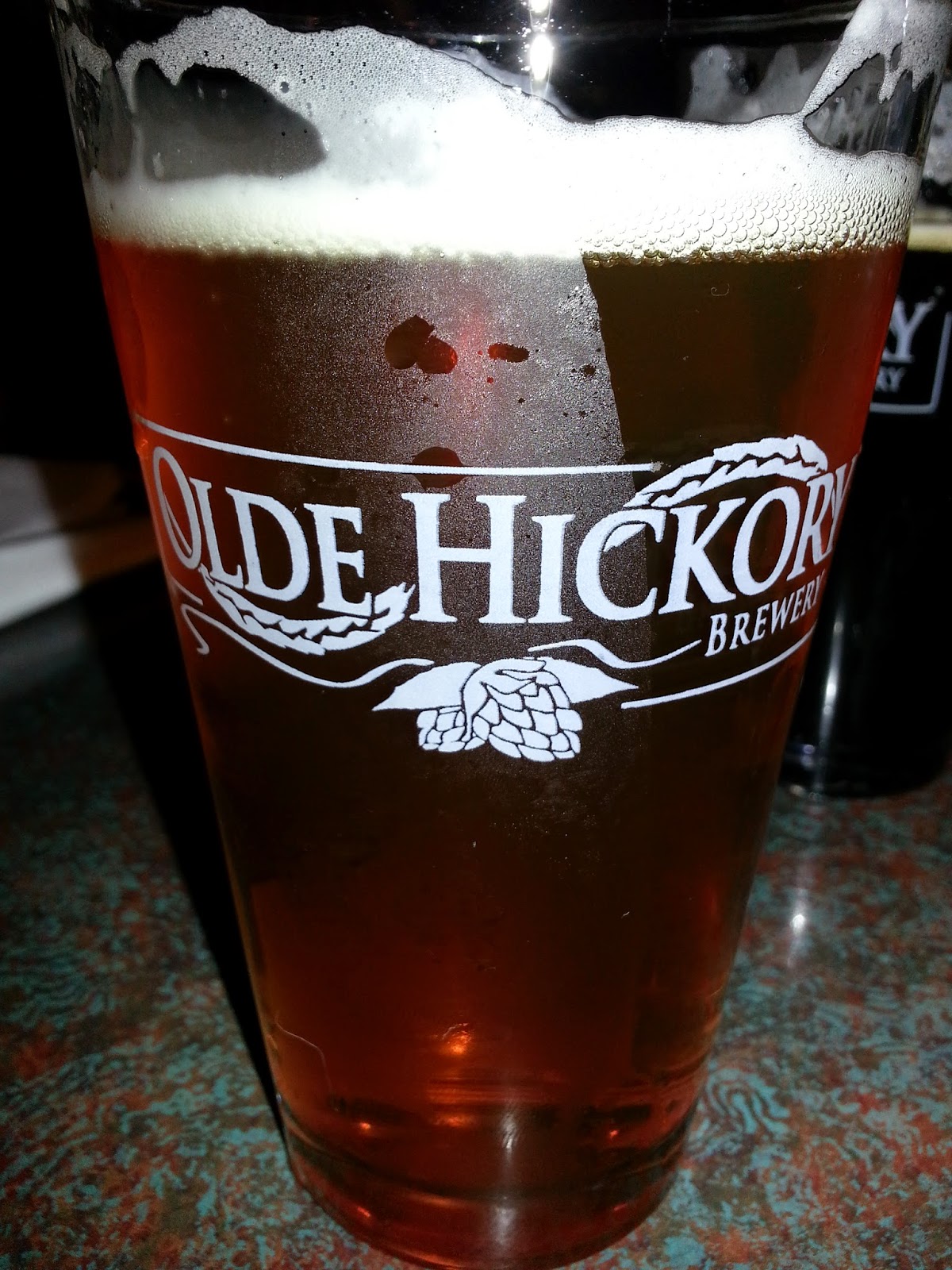 Death by Hops.  What a splendid way to die.
I guess that beer did something to me, since a little while later I was caught molesting some kind of German WWII gun. 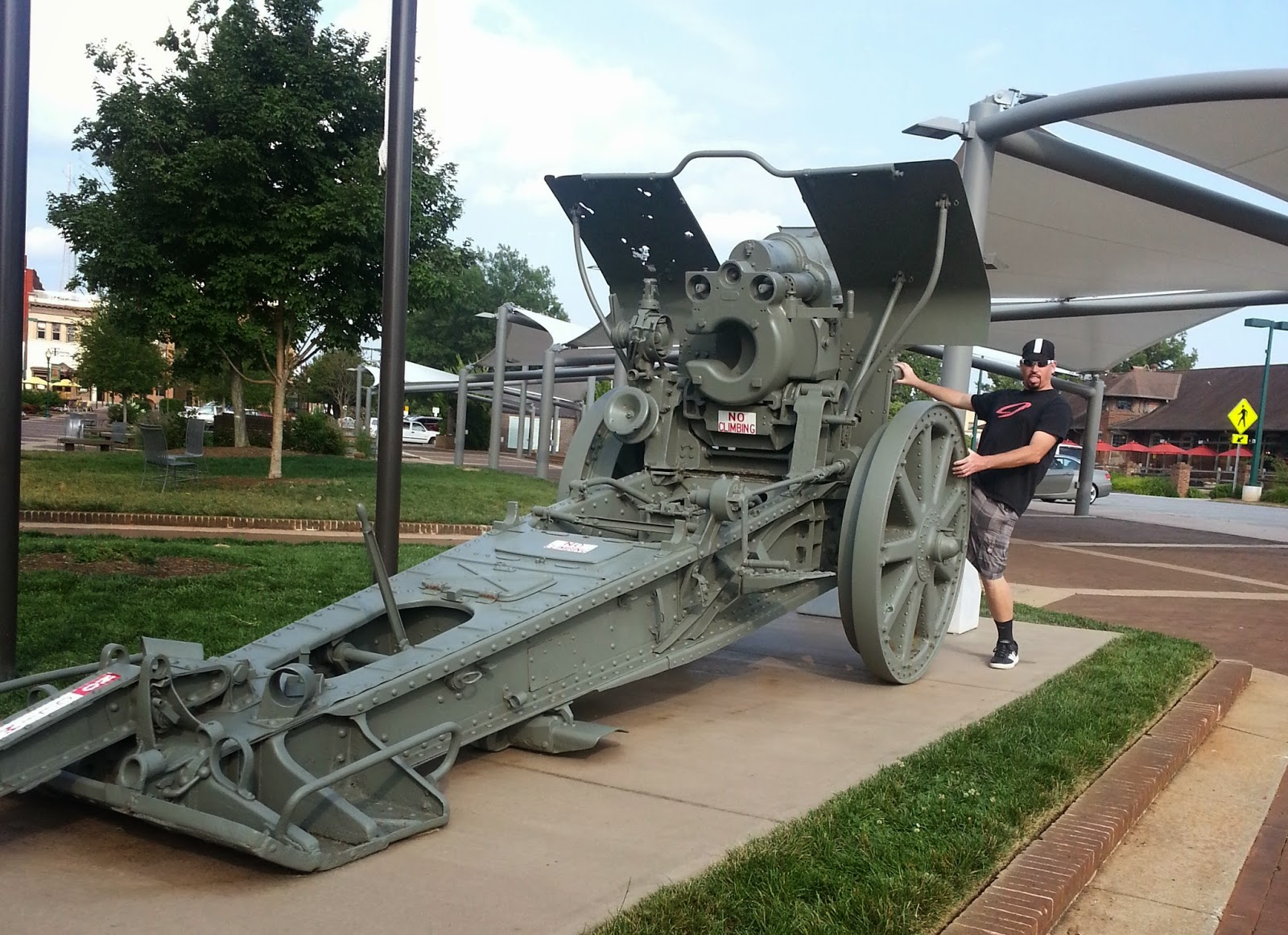 Then we wandered around a bit more and found some ice cream in the middle of an industrial park. 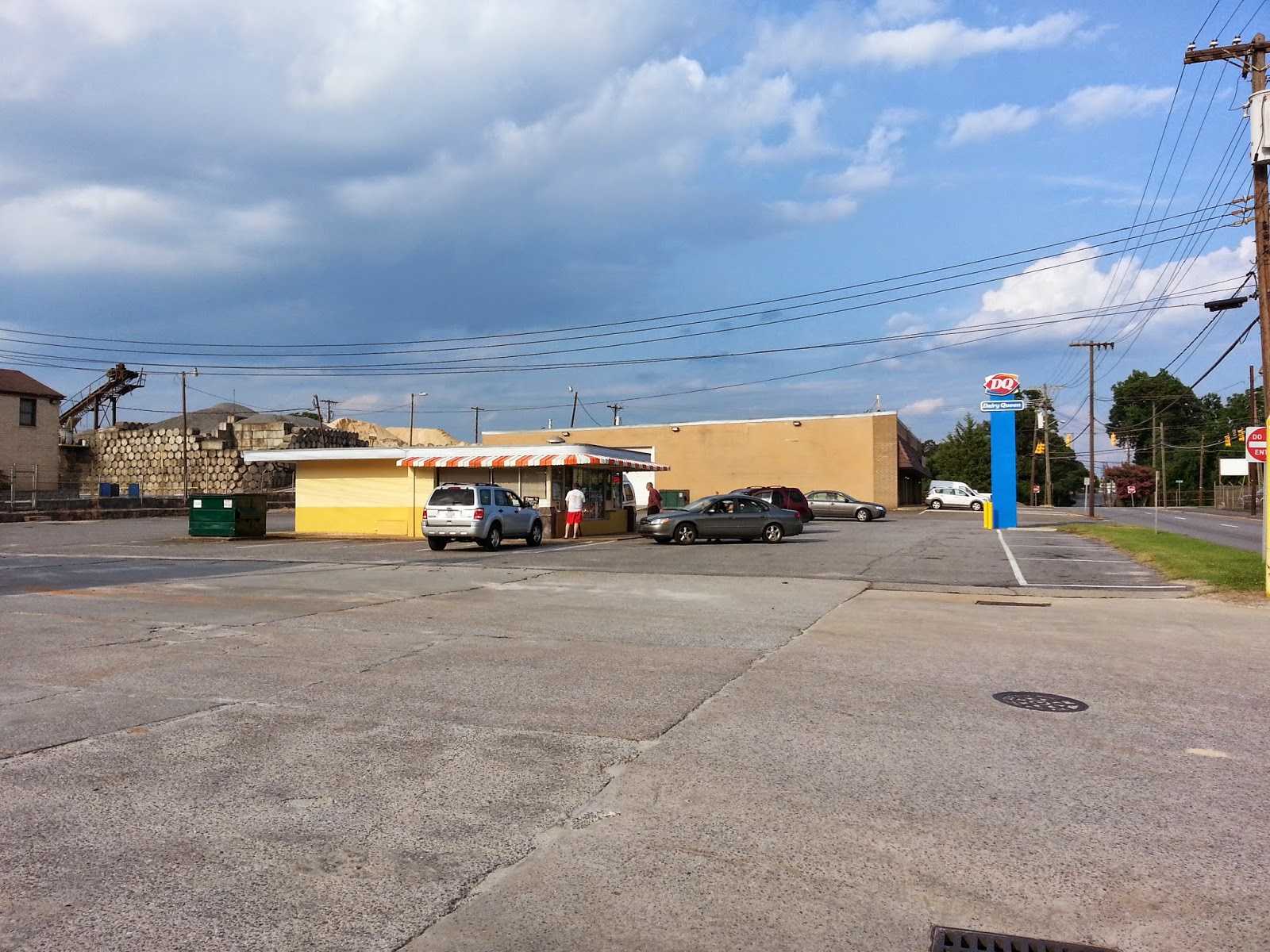 And somehow ended up at DeFeet headquarters.  No one was there, but I still made my presence known. 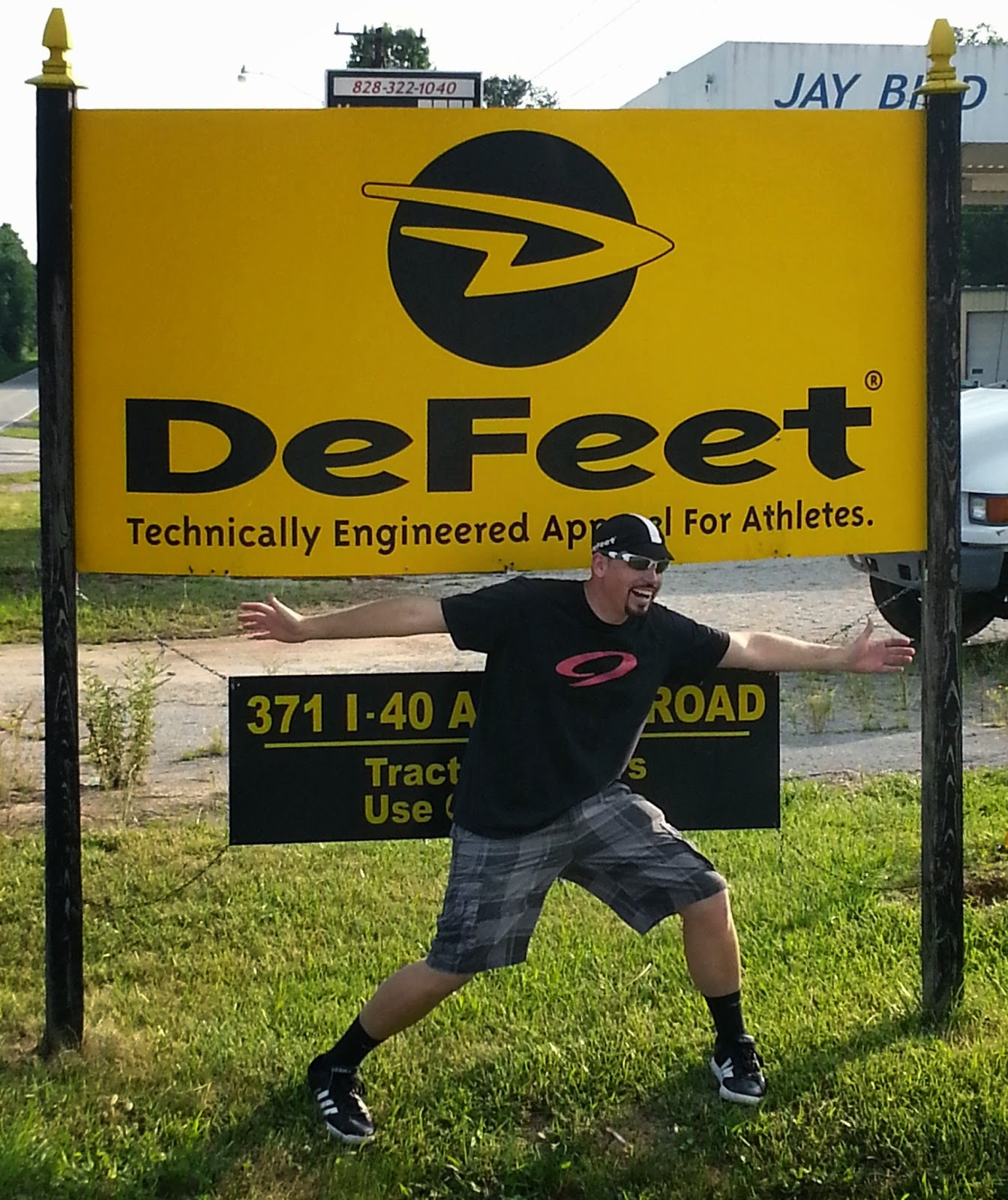 I’m glad no one called the cops.

It was a fun time, and a nice way to spend a Saturday.  Bikes, beer, and a road trip.  Definitely a break from the norm.
Posted by TheMutt at 8:30 AM