You know, I needed a break from being so Enduro™ over the weekend. 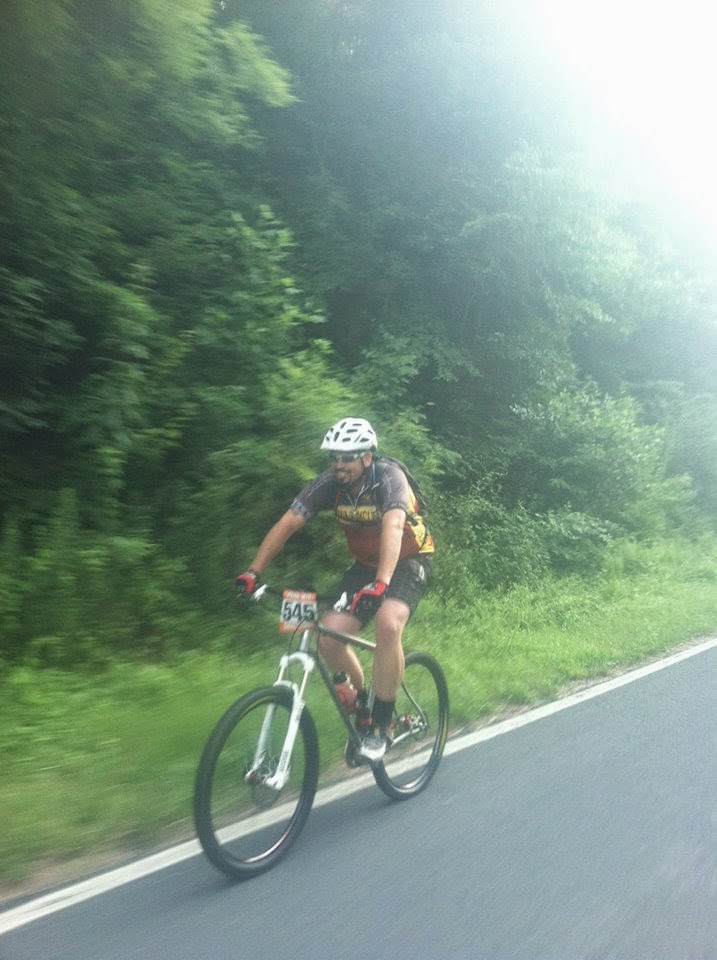 Here’s a video I forgot to post from the Jerdon Mountain Challenge:


It makes it look really fun, and if you didn’t know any better you’d think there was hardly any climbing.  Ha.

Saturday was a long day.  I wasn’t really tired so much from racing as I was from being out in the hot sun and getting up at 5:00 a.m. to get there.  Plus, since I had just gotten over a cold, my body was weary and ready to take it easy.  I hung out in Old Fort for a while, chatting it up with friends and relaxing.  I eventually got back home in the late afternoon and I didn’t feel like doing much of anything.

The little lady and I had plans that evening, but she was tired and didn’t feel like doing anything else that day.  I should’ve been tired too, but after having a beer, stretching, taking a hot shower, and scarfing down a big ass cheeseburger I suddenly felt rejuvenated.

The plan was to go see Hysteria, a Def Leppard cover band.  I would end up going alone.  I’m not really a huge Def Leppard fan (I listened to them in high school like most everyone else my age), but the real reason I wanted to go was for curiosity purposes.

I wanted to see if the tribute drummer only had one arm.

That's not weird, is it?

So, I went.  Down to the South End of Charlotte I drove, walked in the door (I had a free ticket), and stood up front near the stage.

They had the look I guess. 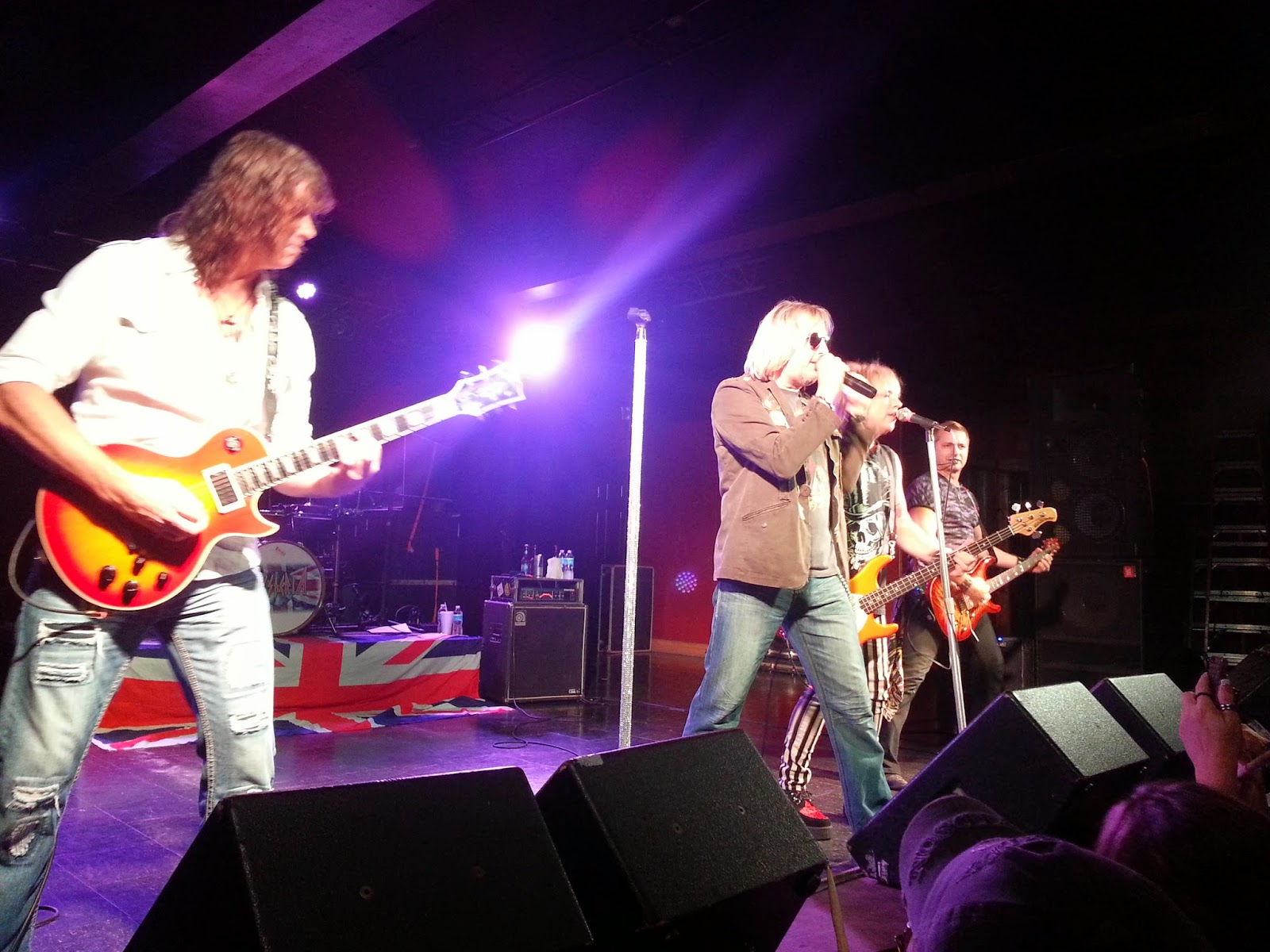 You know, they were actually pretty good.  They played all the hits and even played some obscure shit that I wondered if anyone had heard it before.  The best part about the show was the people dressed like time had stood still, hanging on to their youth by looking like glam rock douchebags.  Well, maybe that wasn’t the best part.  I got to watch a wild pack of CrossPump chicks get shitfaced and act like savages, bumping into people and spilling drinks all over the place.  Security stepped in several times, but they kept talking their way out of getting ejected from the venue.

Ah, such a nice crowd.

As a bonus, my curiosity was rewarded when the drummer played a solo…

with only one arm. 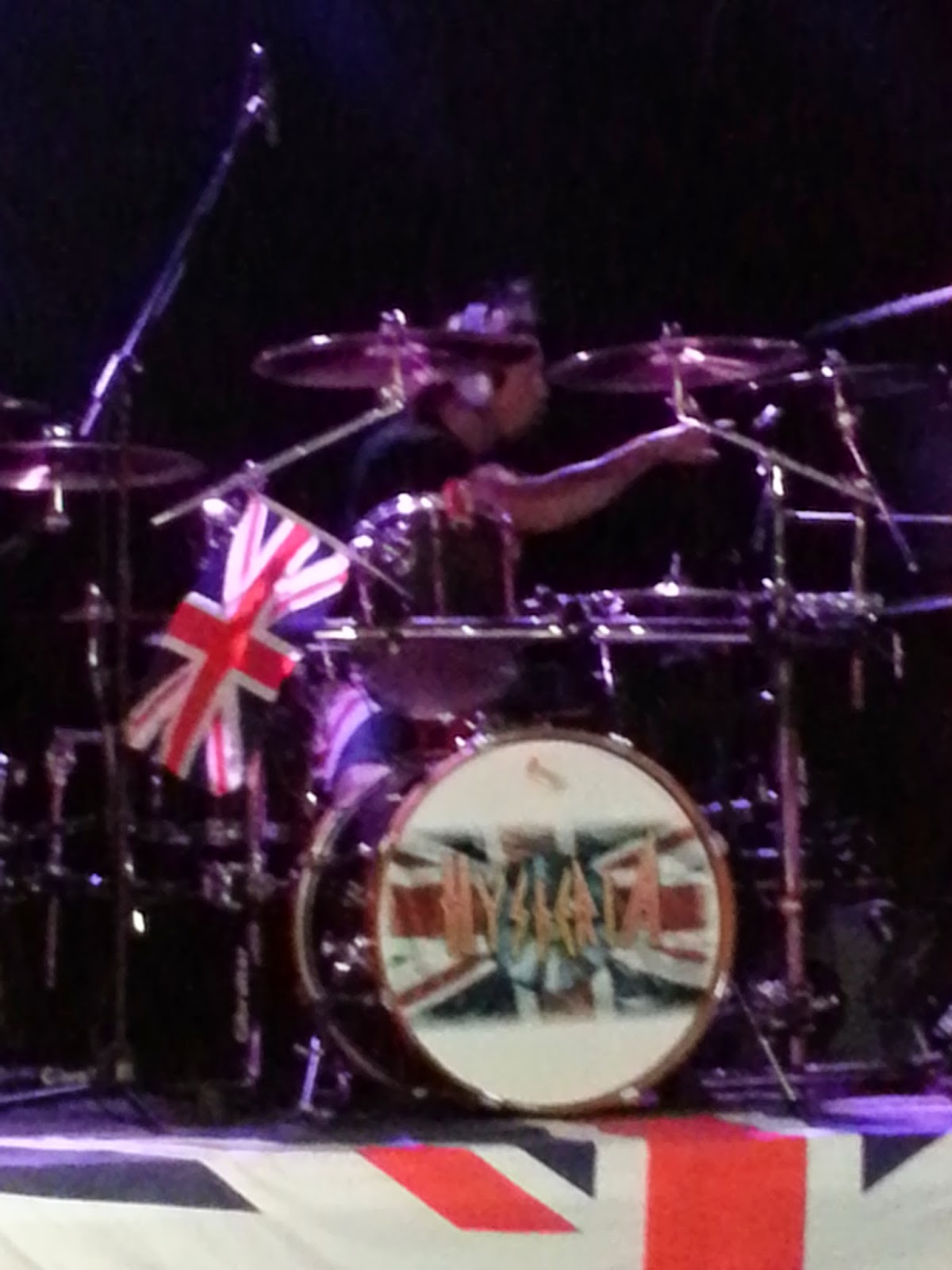 He had his other arm tucked into his shirt and a patch sewn over the sleeve opening.  While I didn’t expect the drummer for a Def Leppard tribute band to cut off his arm for the sake of historical accuracy, I thought the fact that he made an effort was a nice touch.

It was a great way to relax after a long day in the hills.  The night went on a little long though, and I wondered how I was able to stay out until one o’clock in the morning after getting up so early.  I had a free ticket to the show, but I think I would’ve gladly paid the ten bucks that everyone else did to get in.  I was entertained which I guess is the point.  Plus, as a struggling “guitarist”, it’s nice to watch people play live.

I’d definitely go back and see them again when they come back to town.