Saturday.  The Jerdon Mountain Challenge was finally here.  I got up at 5:00 a.m., cussed at the alarm clock, and left the B-43 Worldwide headquarters about fifteen minutes later.  It was a beautiful day to drive up to the hills. 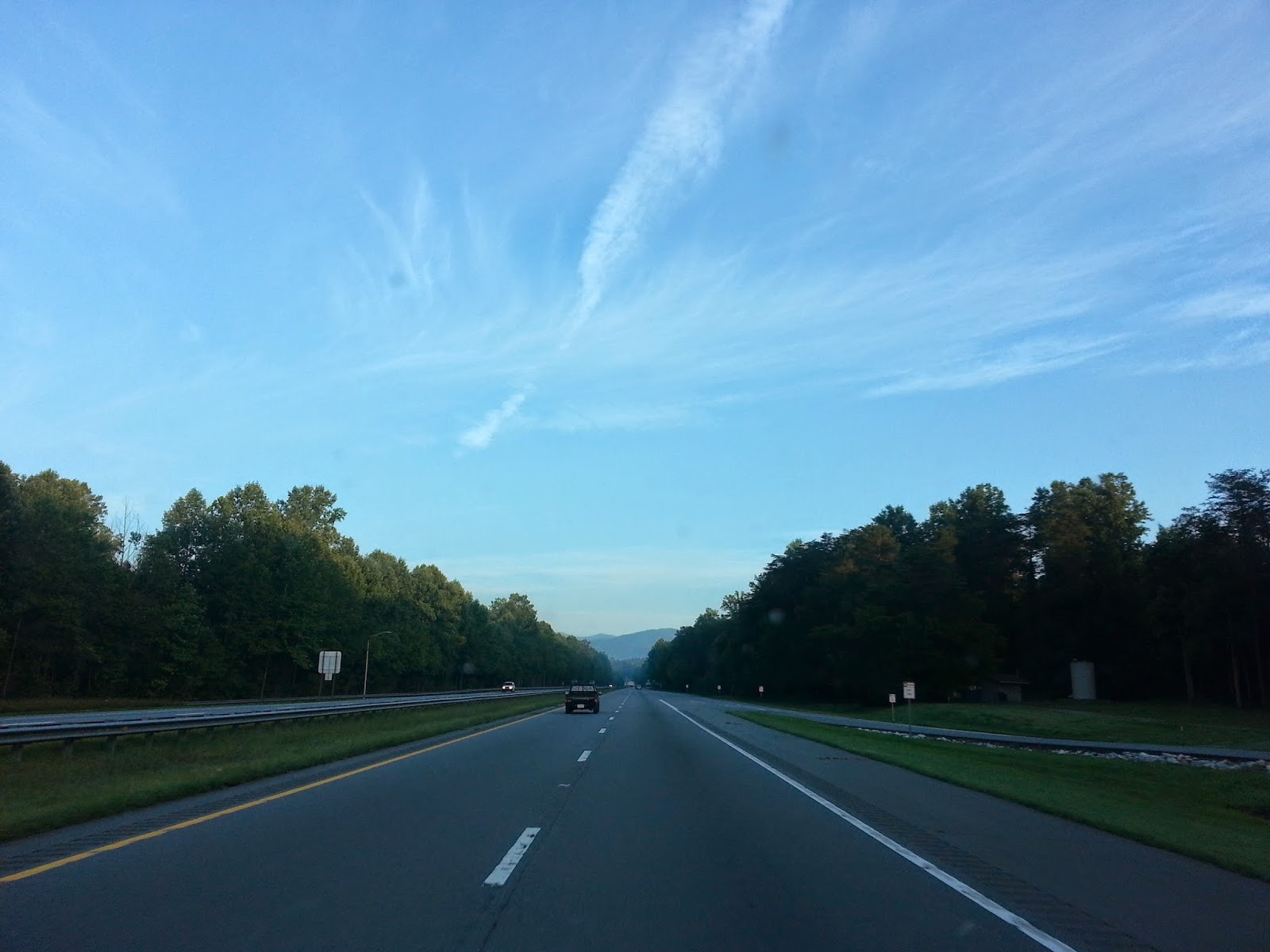 Turns out it would be a beautiful day to race too.

I got to Old Fort with plenty of time to pickup my race number, get myself together, and even wait in line for the bathroom.  Nothing is worse than a porta potty at a mountain bike race, but luckily it was early in the morning and I was one of the first customers.  I got to chat with lots of people, including the crew that made the drive up to suffer in the mountains (some were suffering the next day at ORAMM too.)

When it came to have the 7:45 racer meeting, I rolled up toward the front and waited for the start.  I was feeling pretty good, and ready for a nice day on my bike.  I brought my phone along in case I wanted to take photos, but I didn’t take any at the start.  Luckily, someone else did. 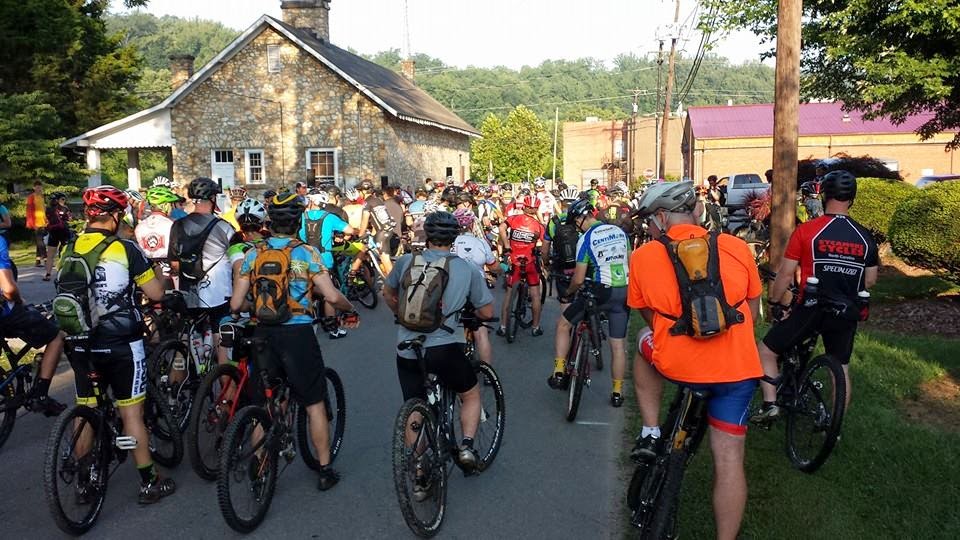 The countdown started, and just like that we were off.  I spun my ass off, and with the police escort vehicle in sight I stayed towards the front of the pack.  I was “racing” for some reason, but it was good.  Well, until the road flattened out and all those geared bikes casually rolled by while I spun just to keep my speed at ten miles per hour.  I watched as my heart rate climbed, and it worried me a bit.

We turned up road and it started going up a bit.  More geared riders rolled by, but with a bit of an incline I wasn’t losing too much ground.  I actually couldn’t wait until we hit so I could start climbing, and soon I got my wish.  The road got steep, and I stared gaining a little ground on some people that were spinning in an easy gear.

I passed quite a few people.  One group was chit chatting as I went by, and one of them playfully yelled out, “You’re just showing off!”  Except that I wasn’t.  With only one gear, I had no choice but to move at a steady pace.  It served me well, but I watched as my heart rate climbed up near 200 and stayed there.  Miles of climbing, passing people taking it easy, and lugging my heavy bike up that long fire road climb was fun but it was wearing me out.  I kept moving, and started playing games just to keep me going.  While I had no business “racing”, I would see people up ahead and make it my goal to catch them.

One guy up ahead looked very familiar, and once I got beside him I realized that it was Dan Z., one of my boys.  He was hurting (I was too but he didn’t know it), so I yelled for him to come with me.  He didn’t, so I left him behind.  Even though my heart rate was still through the roof, my mind felt good and I kept going.  After what seemed like forever, I reached the bottom of Heartbreak.  The entrance was steep and there was a tree down, so I hopped off my bike and started hiking up.

I walked some and I rode some.  Since I was just there less than a week ago, I knew it wouldn’t take long to get to the top.  I ate some Honey Stinger Energy Chews while I walked with my bike, and made it a point to keep moving.  A group of us were together, dragging our asses up the hill.  One guy slipped and fell down the mountain a little way, and once I realized that he was okay I kept going.

Much faster than last week, we reached the end of that climb(and the start of the Enduro™ section.)  A few of the guys in my group stopped to rest (and to prepare for the downhill), but I just took off.  I’d been waiting all day for this, and I wasn’t about to stop to catch my breath.  I let it go, hearing the cheers of the folks timing the start.  I got this.

I passed a few people that were taking it easy, and as I zoomed down a long downhill I saw someone standing on the side of the trail.  She yelled something that I didn’t hear so I slowed down.  I rounded a steep switchback and saw a guy way down in the bushes with several people standing around him.  He’d crashed in that corner, so I decided that I should be a little more careful.  I picked up my speed here and there (and passed more people), but I was being extra careful not to end up in the bushes myself.

Before I knew it, I’d descended all seventeen swicthbacks without incident, and came up to the final rocky descent.  There was a girl in the middle of the trail, so I slowed and let her go.  I made it down without crashing, rolled through the creek crossing, and made my way towards rest stop number one.

The Enduro™ section was over, and even though I didn’t do anything that stood out I sure felt good about completing it.  I blew by the first aid station and headed towards the climb up .

Hopefully I’d made a smart decision by not stopping.

I’ll stop this post here though.  More tomorrow…
Posted by TheMutt at 9:07 AM