I wasn’t here yesterday.  You may or may not have noticed.  I was tired.  I got in late Sunday night, and didn’t feel like taking the time get up extra early yesterday morning to write this crap and nonsense.

So yeah, Sunday was a long day.  My buddy Mike (from Charlotte Youth Cycling League fame) wanted to ride up in the hills.  He’d already signed up for the Jerdon Mountain Challenge, but he’s never ridden anything out there.  I volunteered to take him on a pre ride of the course.

I spent the night before getting ready. 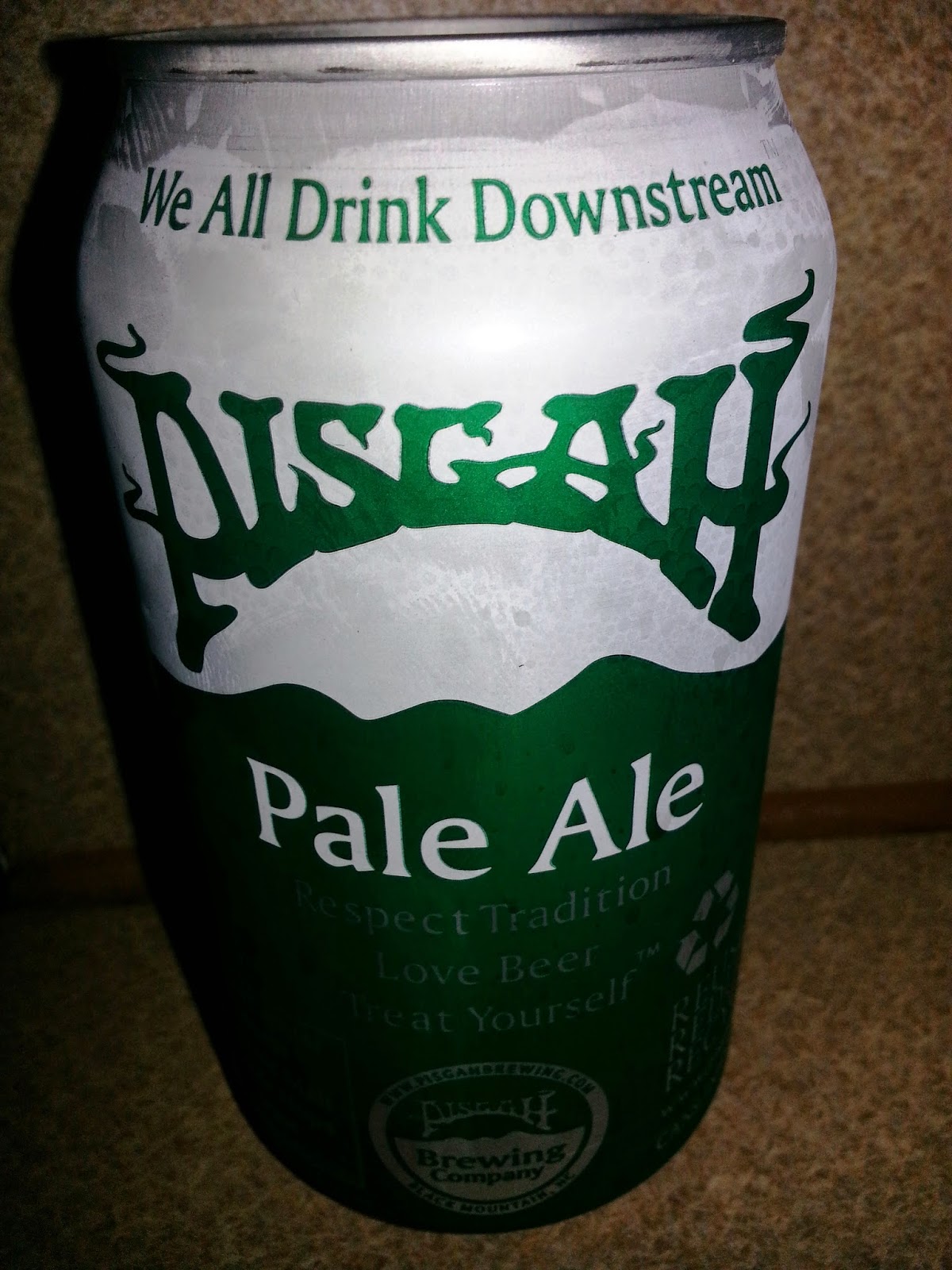 While some might say this isn’t “real” Pisgah, it’s Pisgah enough for someone that’s never been there.  TomTom joined us for the ride too, and we got to Old Fort, NC late morning sometime.  We geared up and rolled out of town towards Curtis Creek Road.  After a short climb on pavement, we veered off onto Jarrett Creek Road.  That’s when the fun climbing started.

It wasn’t too bad, but I know Mike wasn’t really ready for it.  He pushed his way up though, working his ass off to get up the hills.  TomTom and I kept a social pace so we wouldn’t kill him.  You know, because it’s not really a good idea to kill someone on their first trip to the hills.  We stopped every so often, and Mike was doing quite well.  Somewhere in the middle of Jarrett Creek, we saw TomTom up ahead waiting for us. 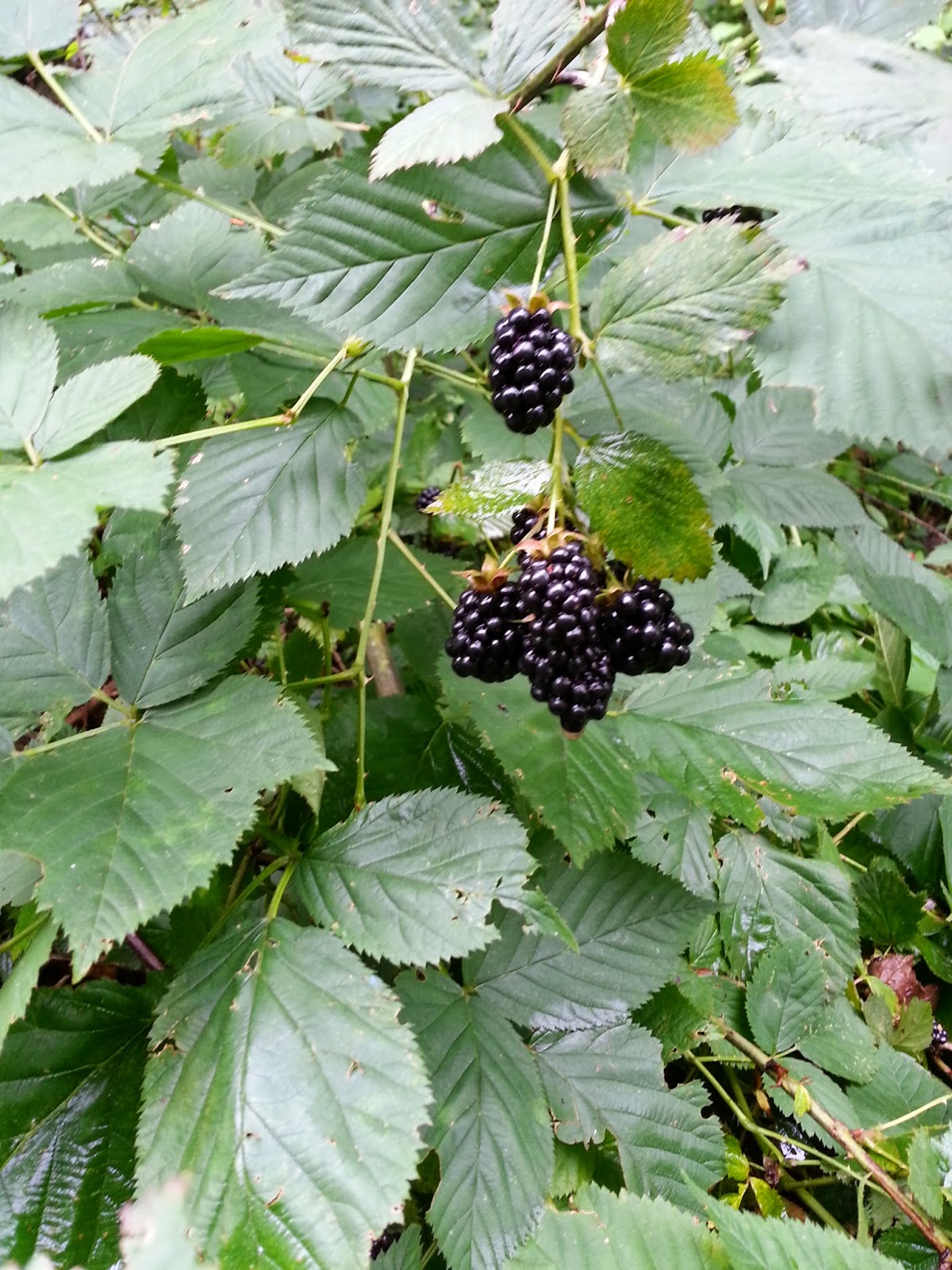 So we stopped for a spell to eat wild berries.  They were so damn awesome too. 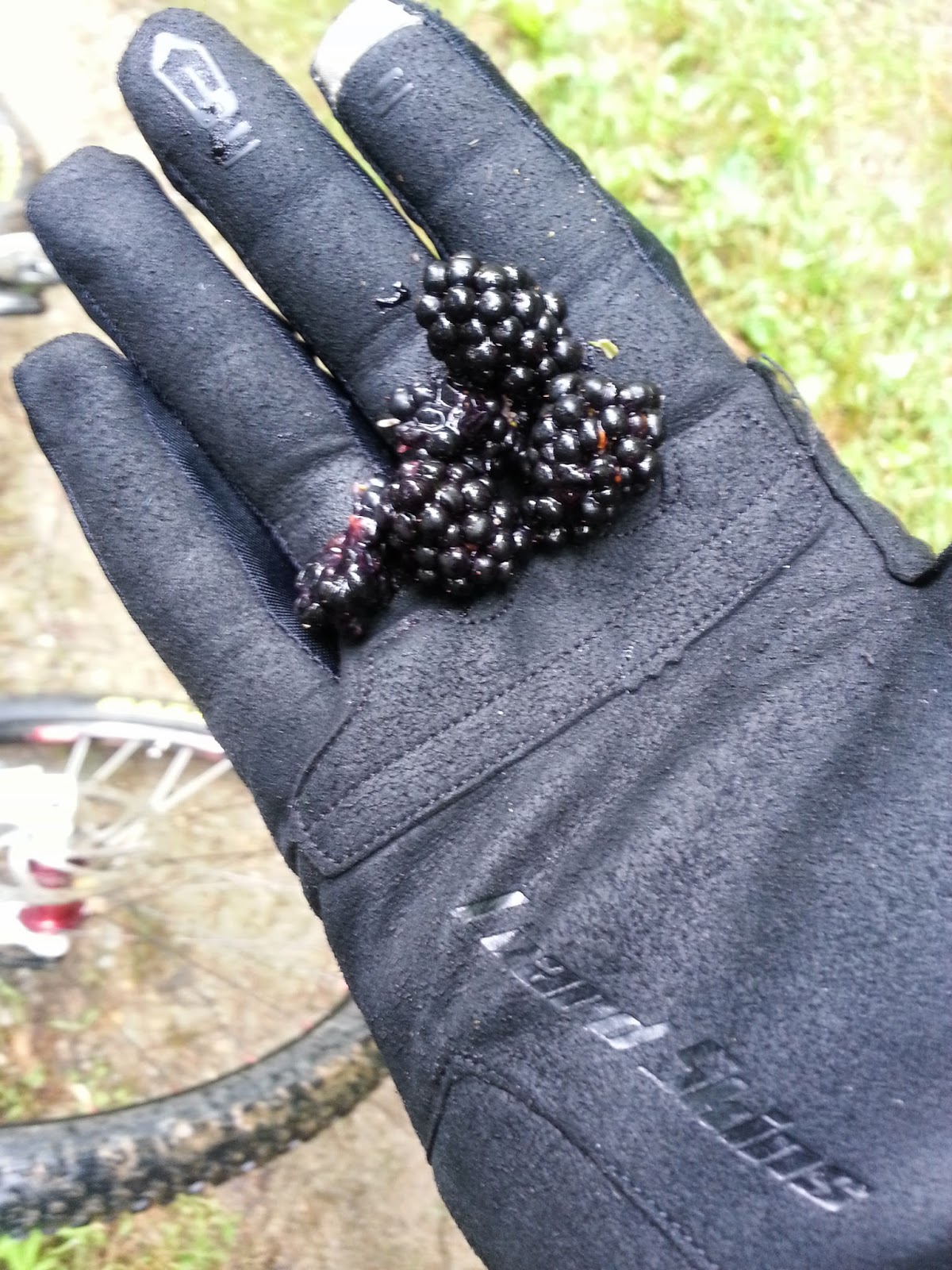 After climbing, I know Mike was glad to have a break. 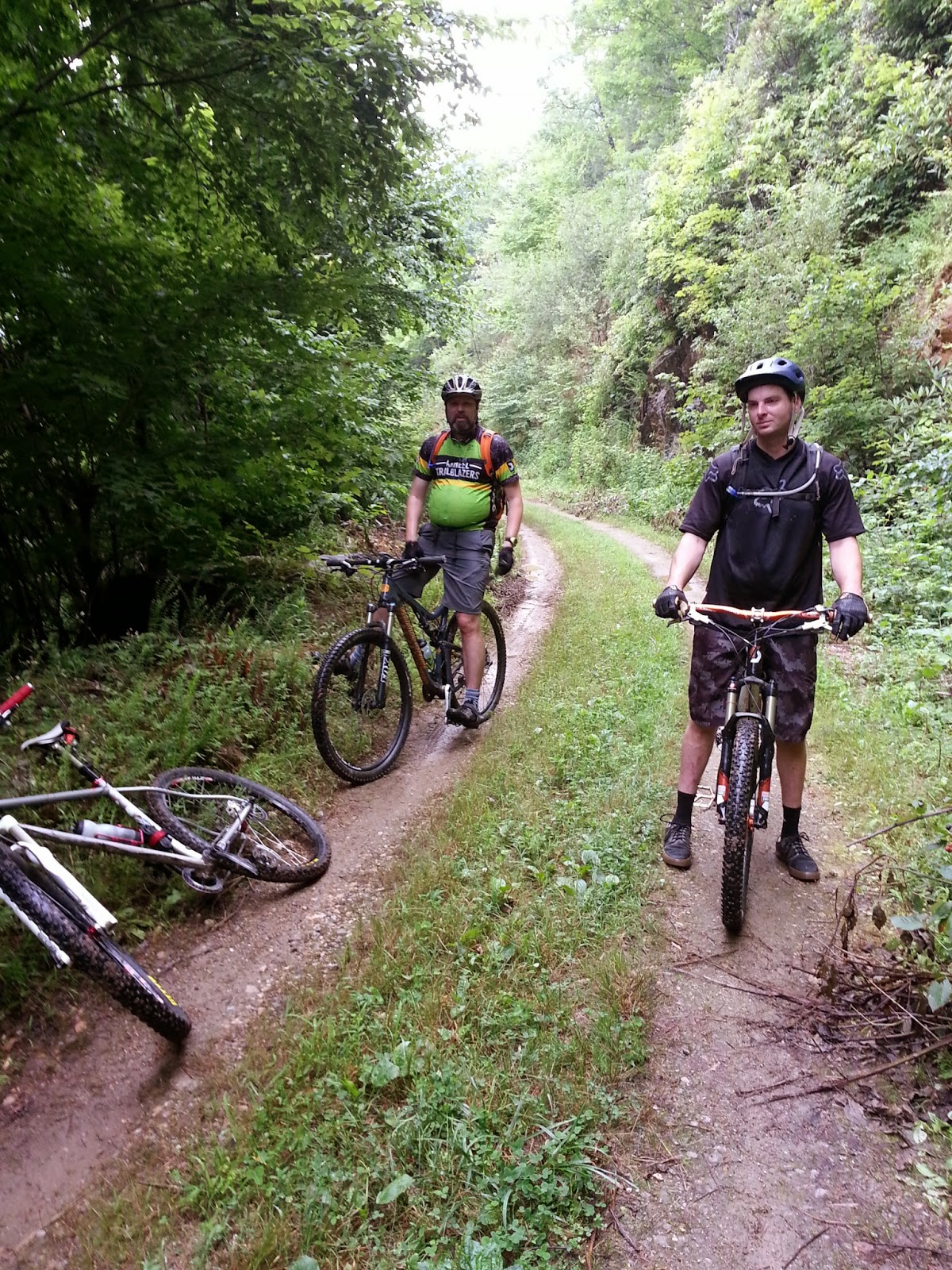 We saddled back up and kept climbing.  For an old fire road, it wasn’t so bad. Eventually we hit a long downhill section.  Since a little rain had fallen that morning before we got there, the corners were a little slick.  It was still fun, and we enjoyed the break from climbing.  Soon we rolled up past a creek that looked familiar to me. 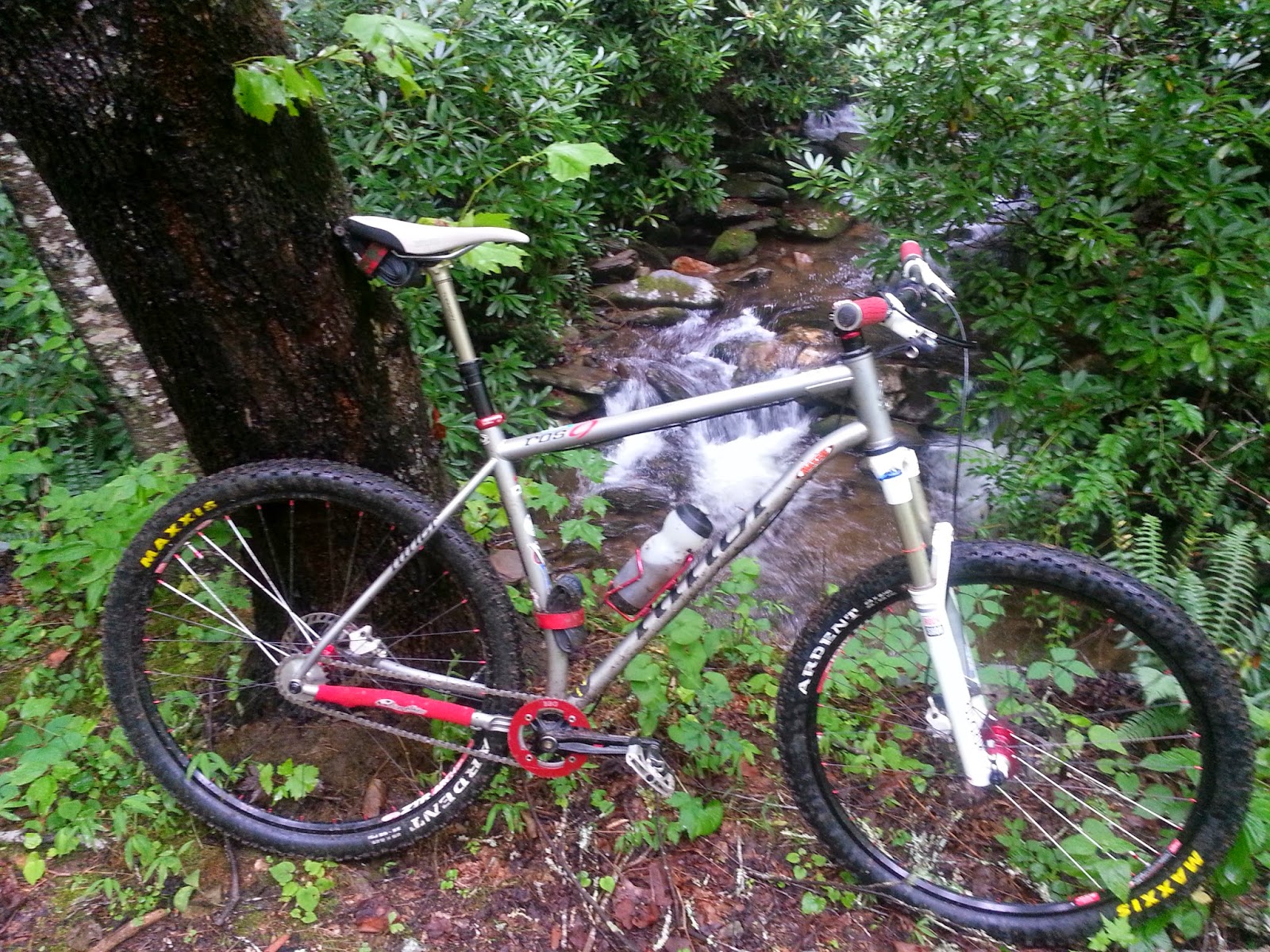 “Just a little more climbing after this” I told Mike.  He pushed up.  We went up, down, back up, and down again.  We finally reached the bottom of Heartbreak Ridge. 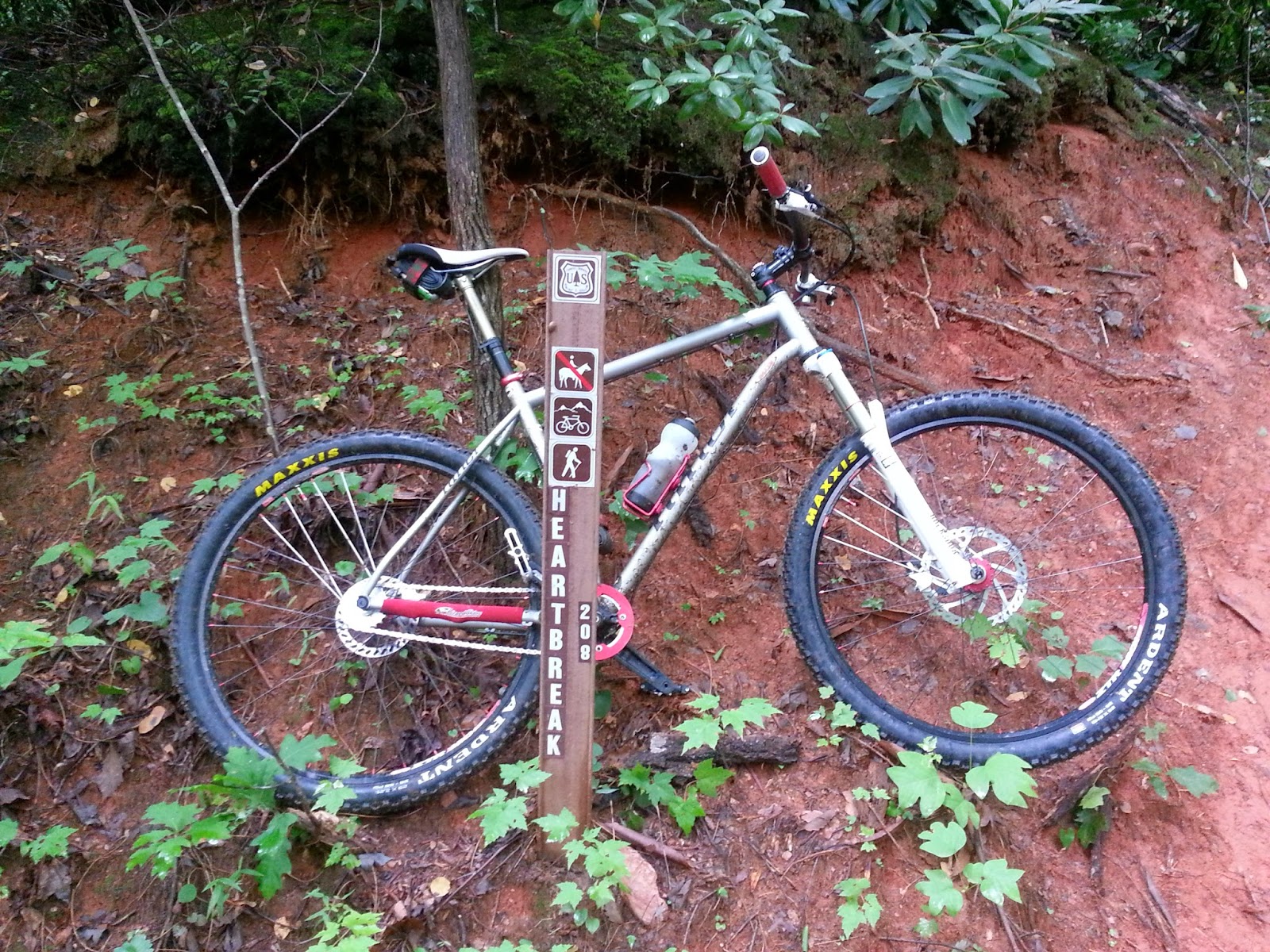 There was a tree down at the beginning (or end depending on who you ask), so we climbed up and kept moving.  We hiked our bikes up some switchbacks to get to the intersection of Star Gap, and we were rewarded with a nice view along the way. 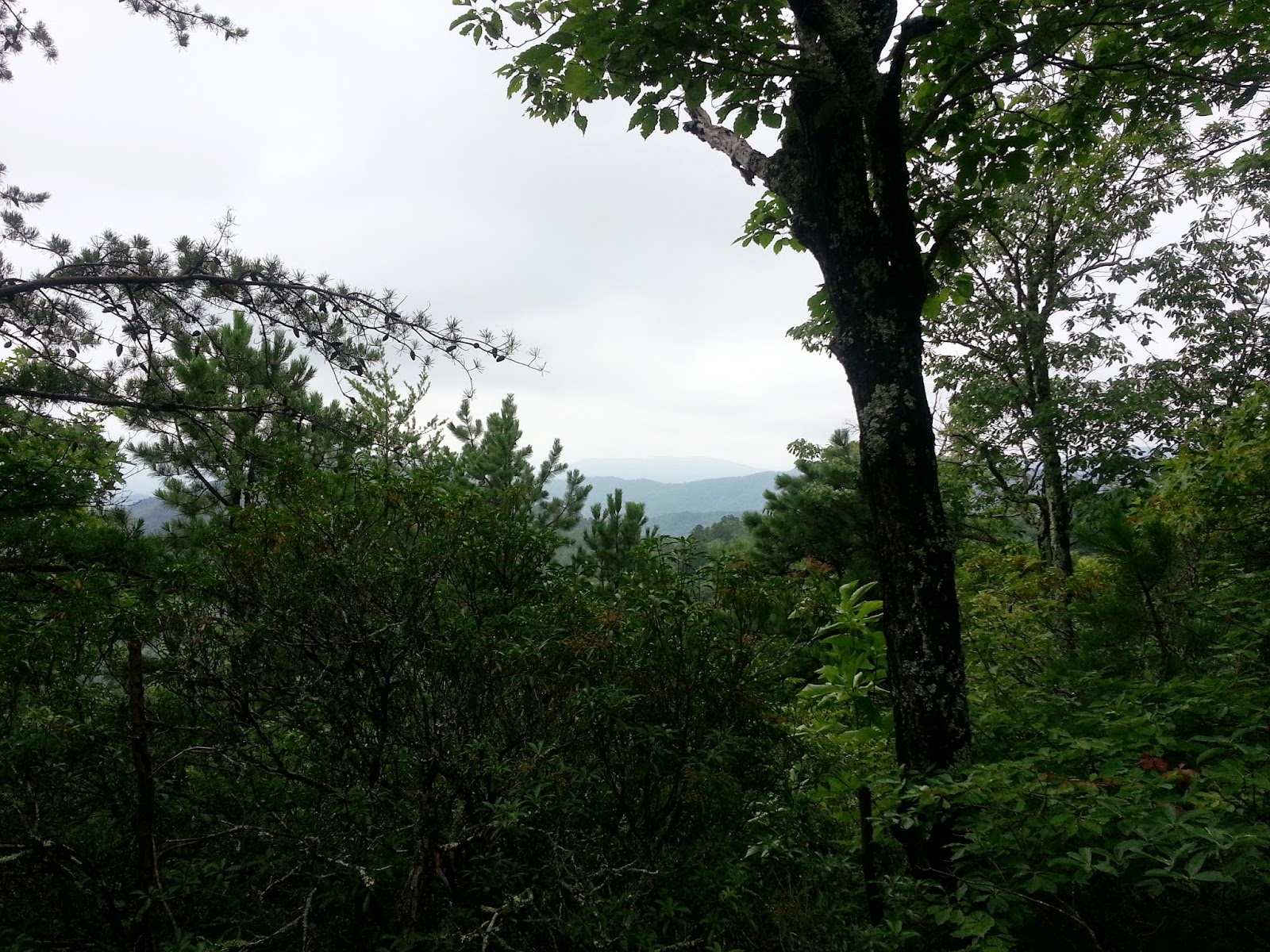 Since the course for this year’s race is a little different from last year, we had to head down Star Gap (last year we climbed up it.)  I warned Mike that it was tricky and full of tight switchbacks, and since the trail was a little wet we had to be careful.  There were only a few slip ups, and Mike did a great job getting down the mountain. 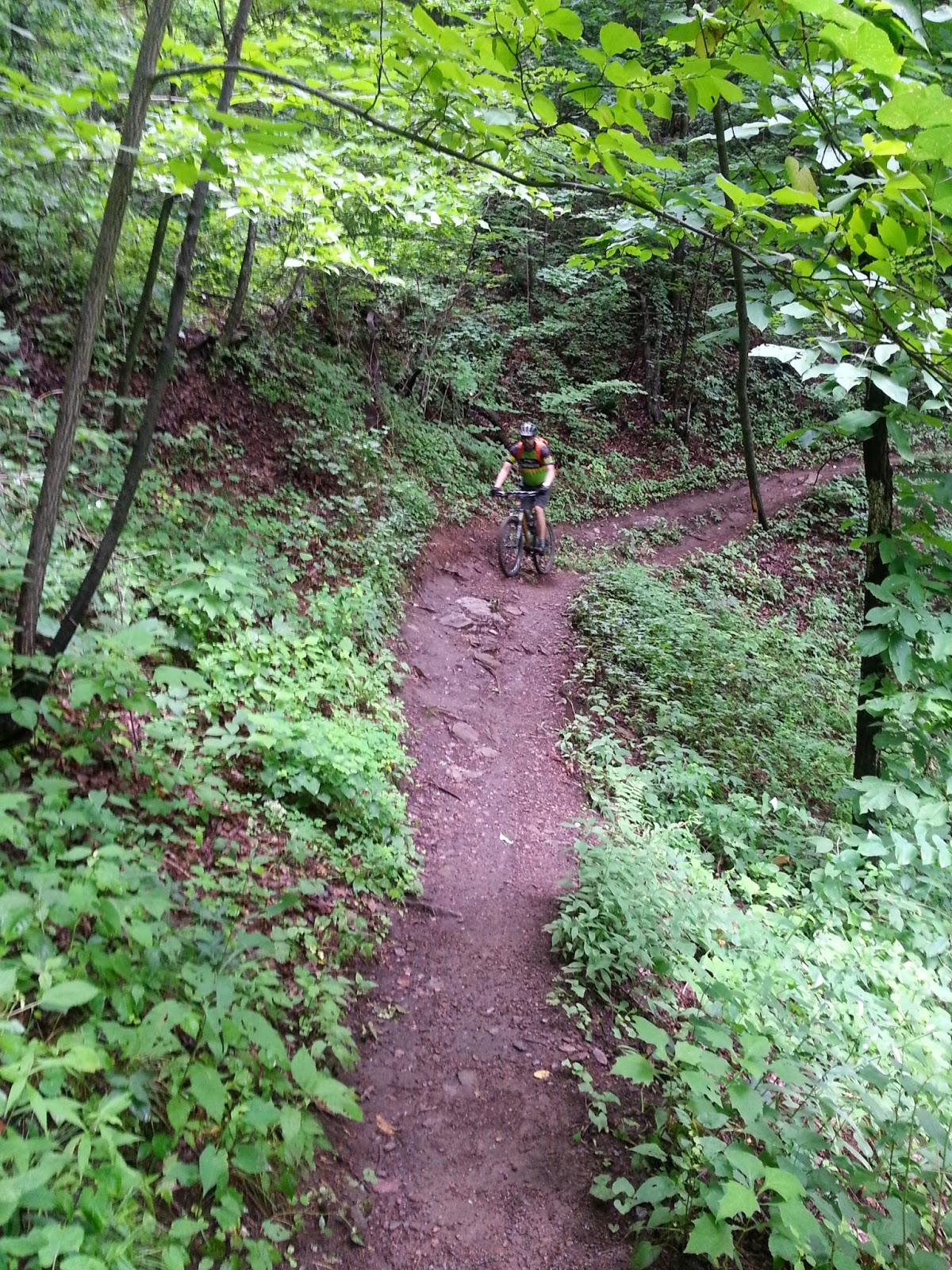 After a rocky descent and a creek crossing, we reached the end of Star Gap (or Heartbreak depending on who you ask.)  It pops out right at some railroad tracks. 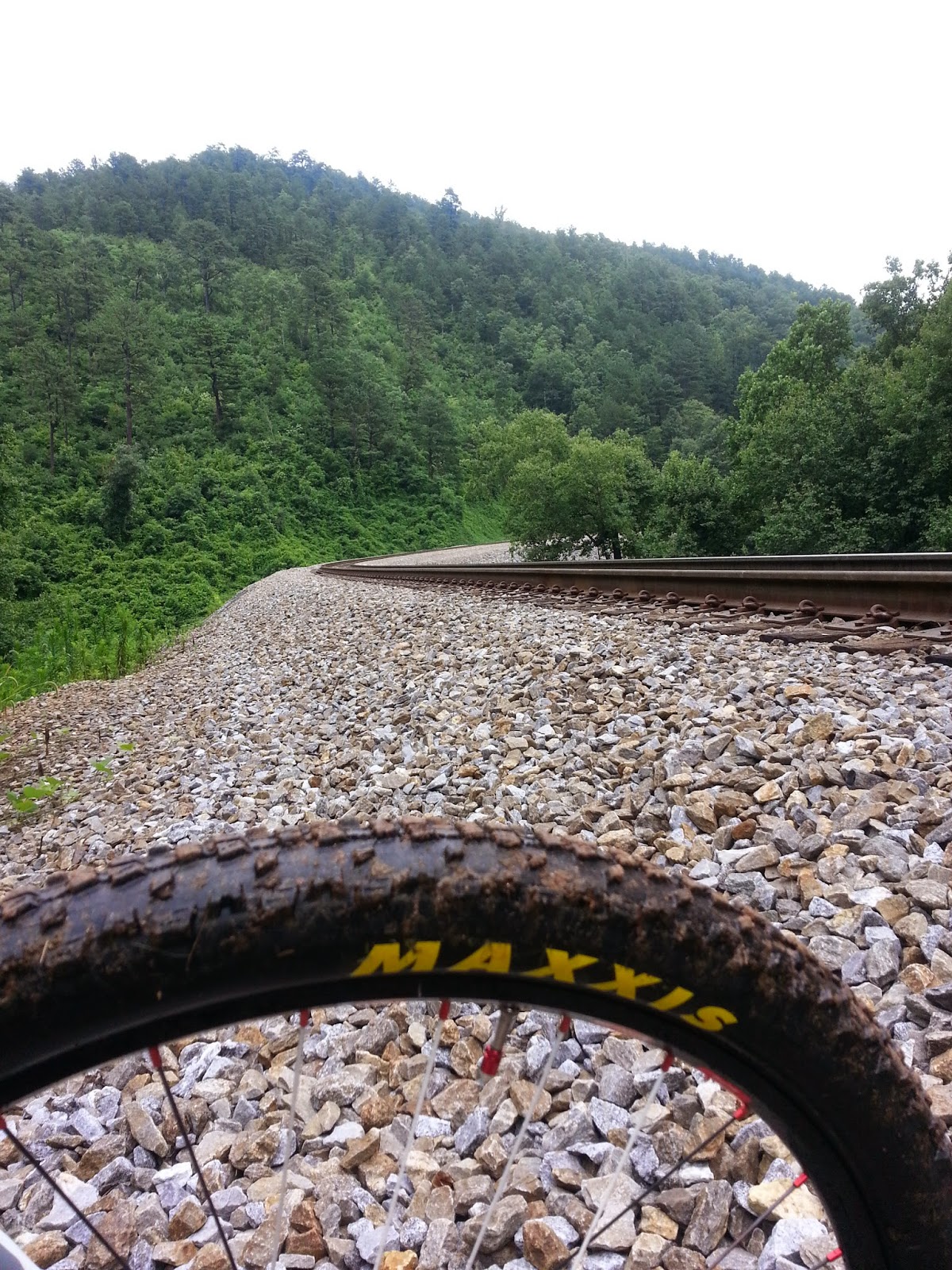 Phase one, complete.  Mike was doing fine so far, even though he was hurting.  We were all happy to be out in the hills, and especially glad to be able to take Mike on a tour.  We had a decision to make though.

Do we ride back to town or keep going to finish the course?

I didn’t know if Mike wanted to, or even if he could.  That’s a lot to ask someone who’s never ridden out there before, and I kept that in the back of my mind.  We kept rolling to find a spot to let him take a break to figure it all out.

Tomorrow, we’ll get into that.
Posted by TheMutt at 8:30 AM