Glad To Be Back

To normal, or whatever “normal” is supposed to be anyway.  I was gone for a week, and the temptation to stop blogging was so great that I almost didn’t resume this crap and nonsense.  I’m sure only a select few would miss the stuff I post (almost) every day, but I’m not doing it for them.  I do this for me.  You know, so I can remember what the hell I’ve been doing (or like to pretend I’ve been doing.)

I like posting this stuff.  I also like having a break.  The break from work was the biggest benefit of my trip to , but not having to spew out shit on The Internets was a close second.  I guess that’s all I have about my trip out of town, with the exception of some “new” beer I found while I was away. 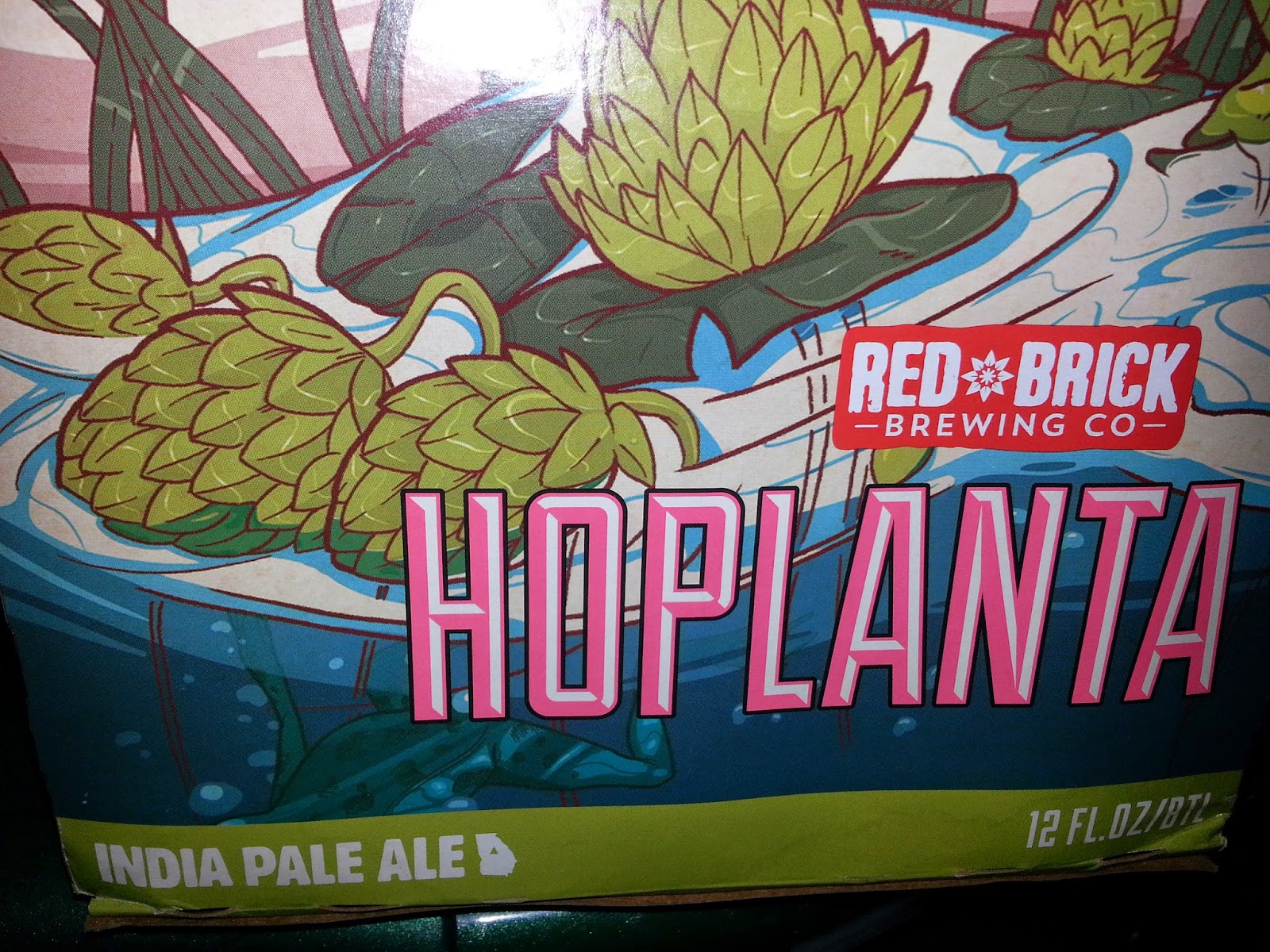 Hoplanta, by Red Brick Brewery, was a beer I “discovered” when I popped into a local grocery store upon my arrival to The Peach State.  I had some in my hotel room all week and thoroughly enjoyed it.  After my ride at Blankets Creek on Friday, I went to visit an old friend of mine who recently relocated to GA, and when I told him about this fine brew he promptly bought me more to take back home.  I’ve had some every night since my return, and once I run out hopefully I can get some more soon.

I don’t know if they sell it here locally, but I need to find out soon.  Or else there will another trip down I-85 in the near future.  It’s good stuff.

In other news (while I was away), I received something in the mail from my pal D-Wayne.  He’d been working on a jersey design for our little scattered band of single speed misfits, and they shipped out while I was gone.  I are excite, because now I am an official Single Speed AssAssin. 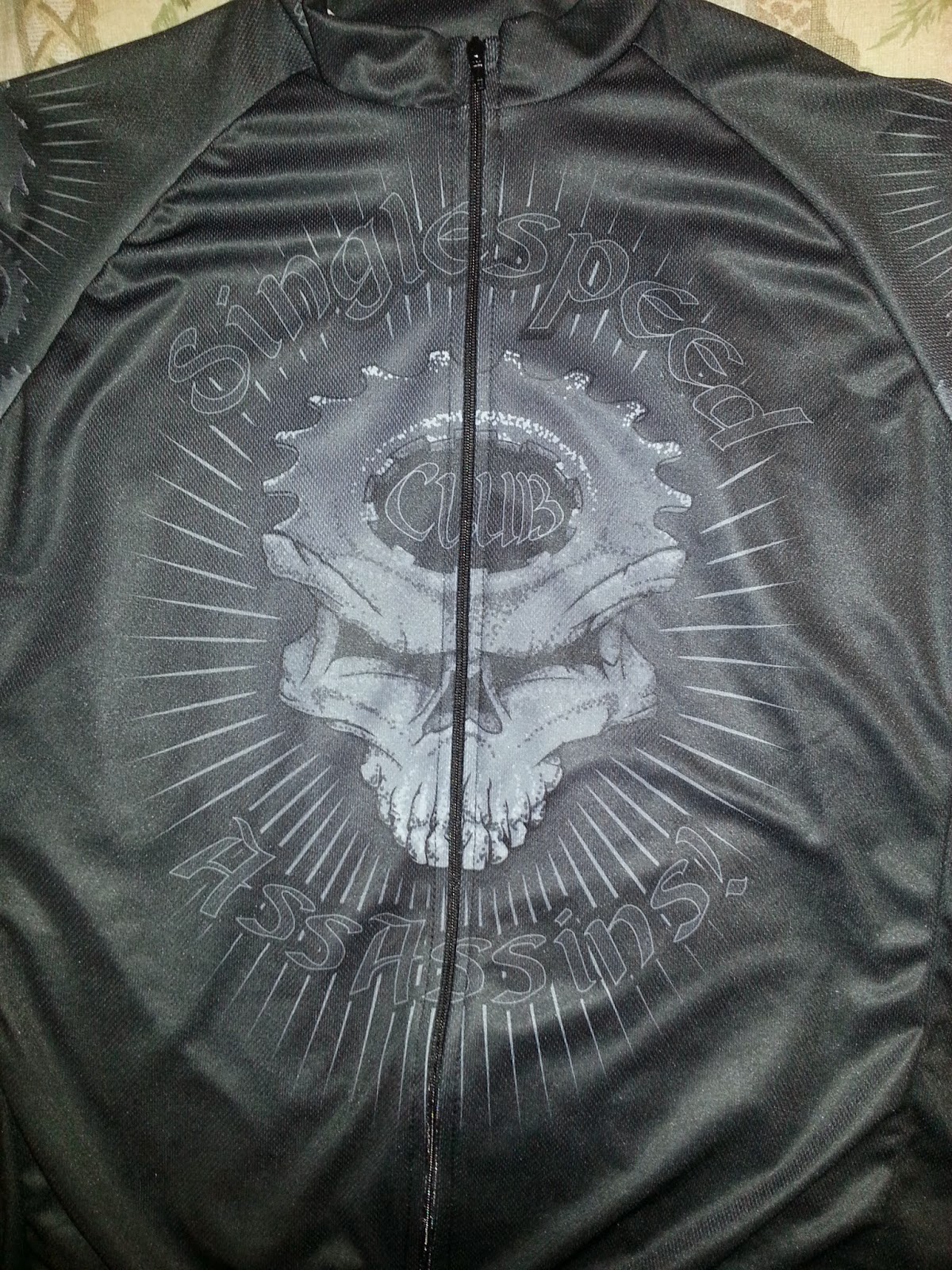 The jersey is awesome.  I know Eastwood talked about his da udda day, but I just got mine so I thought I should talk about it too.  There are a few of us here in the area that have them, so look for it on a trail, a local brewery, or maybe even a race.  Are we a “real” team?  No, but we play one on The Internets.

Lastly, it’s the Christmas season.  It was hard for me to get  into the “spirit” since I was away in another state, but now that I’m back it’s full bore.  If you like to decorate and all that, hit me up and I’ll put you in touch with Little Miss Sunshine so she can get you some one of a kind, handmade decorations made from recycled bicycle parts. 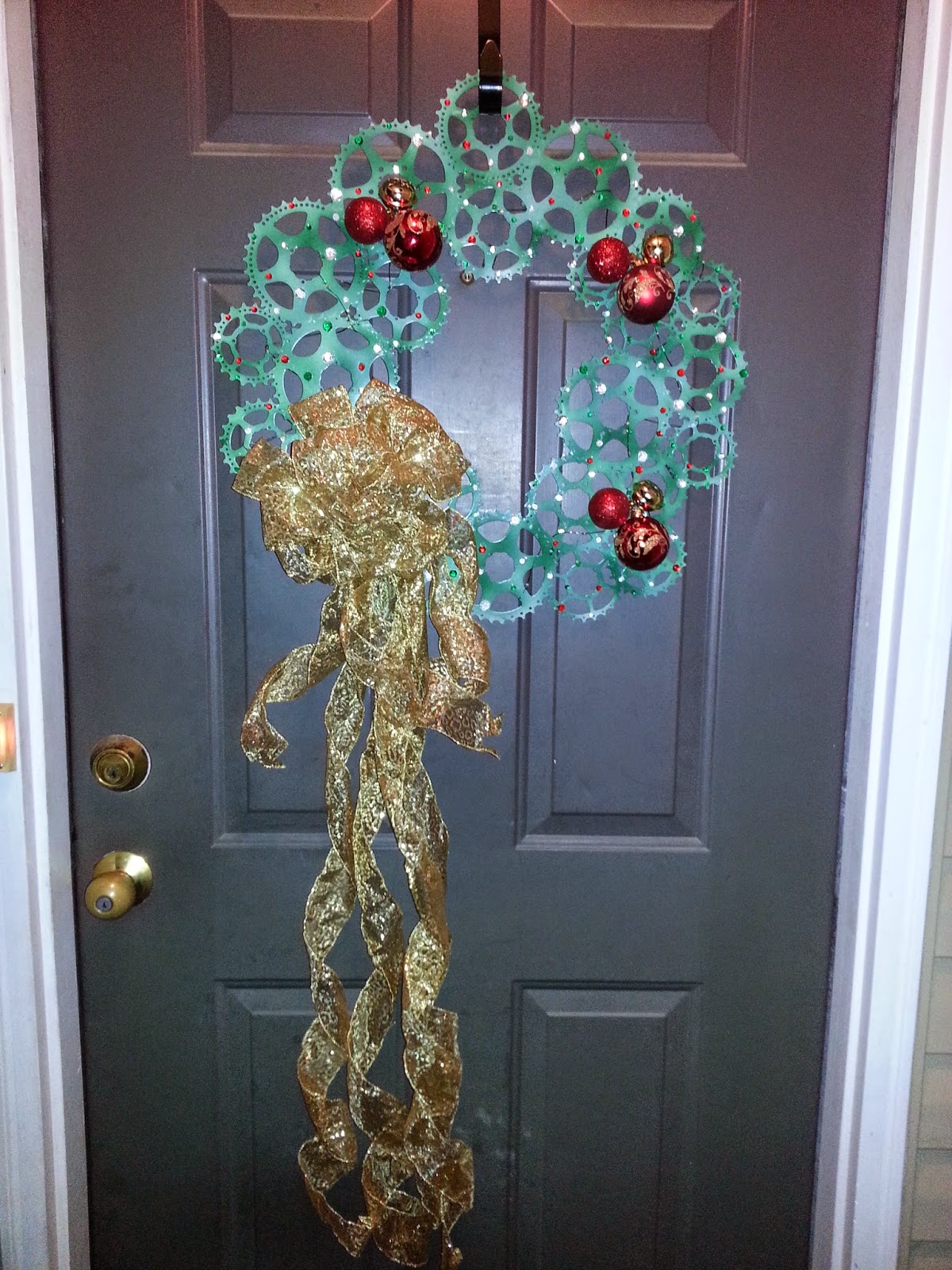 That’s definitely the largest of the stuff she makes, but she has much, much more.  You know you want some, and I know I want you to buy some.  If she makes some extra money off of this stuff, I get extra presents.

I kid.  I don’t need anything.

Srsly, you know you want some handmade cycling decorations to impress you cycling friends.

Email ThisBlogThis!Share to TwitterShare to FacebookShare to Pinterest
Labels: back to normal, beer, Christmas