I Didn’t Want To Come Back Here

I spent seven days in the area for a training class (for work.)  In a way, it was like a vacation.  I didn’t have to work all week, I didn’t have to deal with the commute to/from work, and so on…

It was nice to be away from that, in that respect I didn’t want to come back.  I missed my family though (including the pets), and I missed my daily routine.  When I was down there in a hotel for the week I had tons of free time (other than being in class), but having no schedule made me feel all weird.  I don’t do well with idle time usually, but I think I made the most of it.  I brought two guitars, and in the evenings I disturbed my neighbors with songs and countless “practice.”  I also brought two bikes, hoping that I would get a chance to ride while I was in a different state.

We got out of class with almost two hours of daylight left each day.  With the shitty Atlanta-area traffic, I didn’t have time to drive to a trail to ride in the dirt.  So I opted to take my road bike out, starting in the city of . 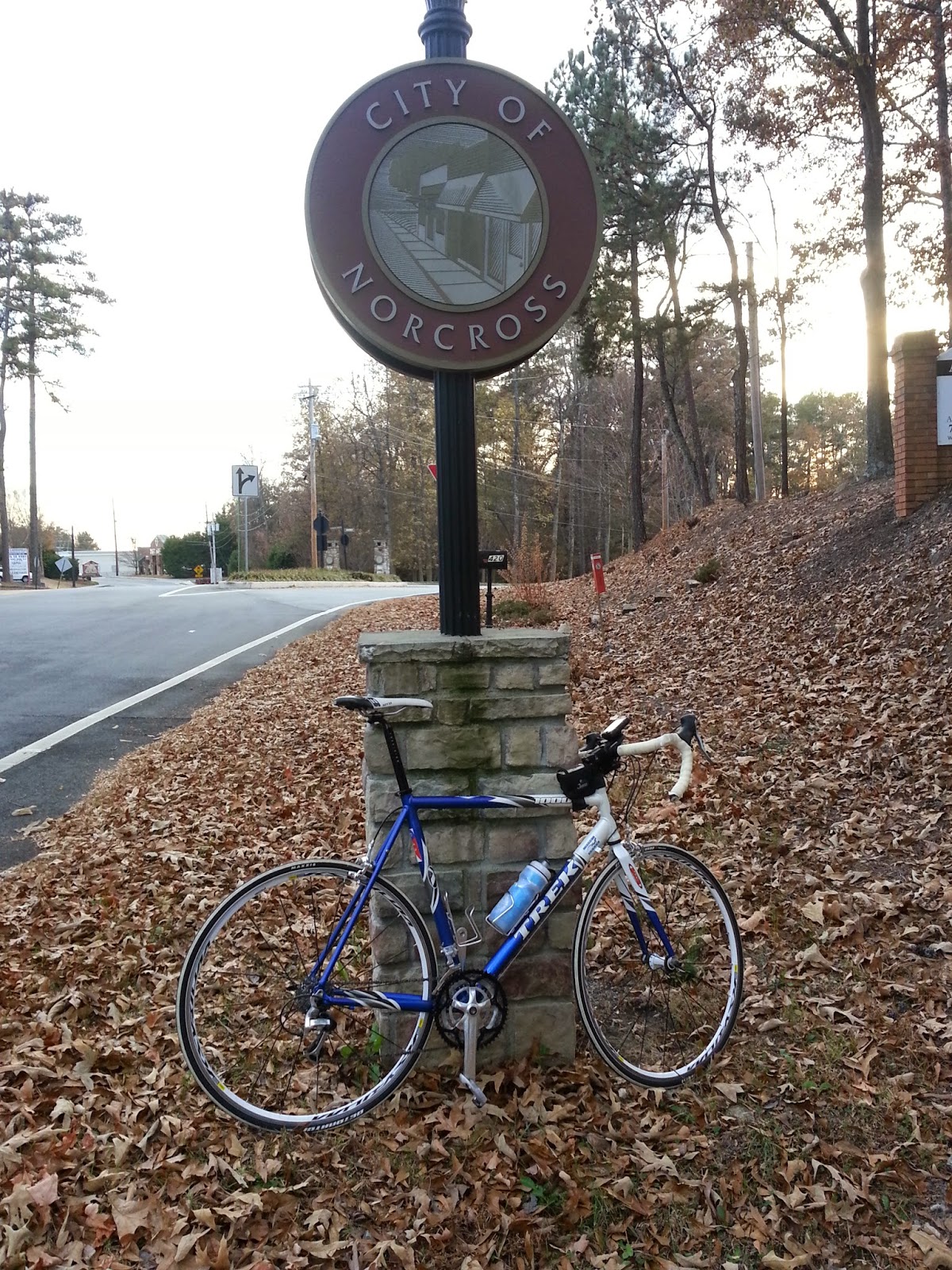 My hotel was on some sort of main drag, but back roads were easily accessible.  Although I didn’t do much pre-route planning, I knew there was a business park close by that was sure to be free of heavy traffic.  I was right.  I rode a few miles in there, hitting the hills and actually enjoying being on the road.  It didn’t take long to get bored though, since I was kinda going in circles.  I cut out and hit a bike path, which eventually led to more back roads.  I got to ride in little to no traffic…in around no less. 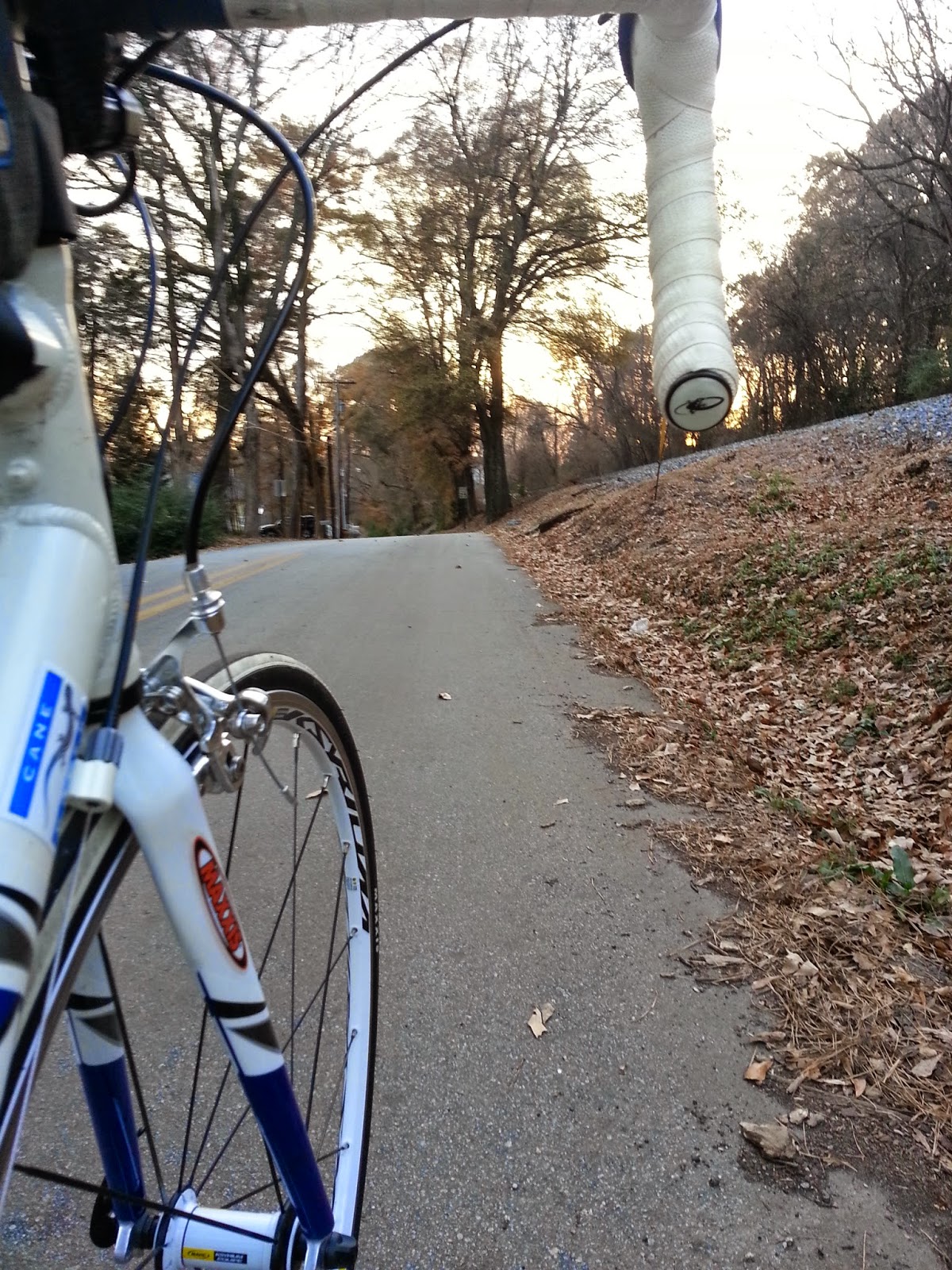 Even though I had lights on my bike, I did my best to be back to the hotel each evening before it got really dark.  I didn’t want to be on foreign roads in the dark (road riding is dangerous enough in the daylight), and riding for 1 ½ to 2 hours seemed sufficient.  Since I was traveling for work, every evening ended with me searching for a place to eat.  That first night it was overpriced seafood and good (yet still overpriced) beer. 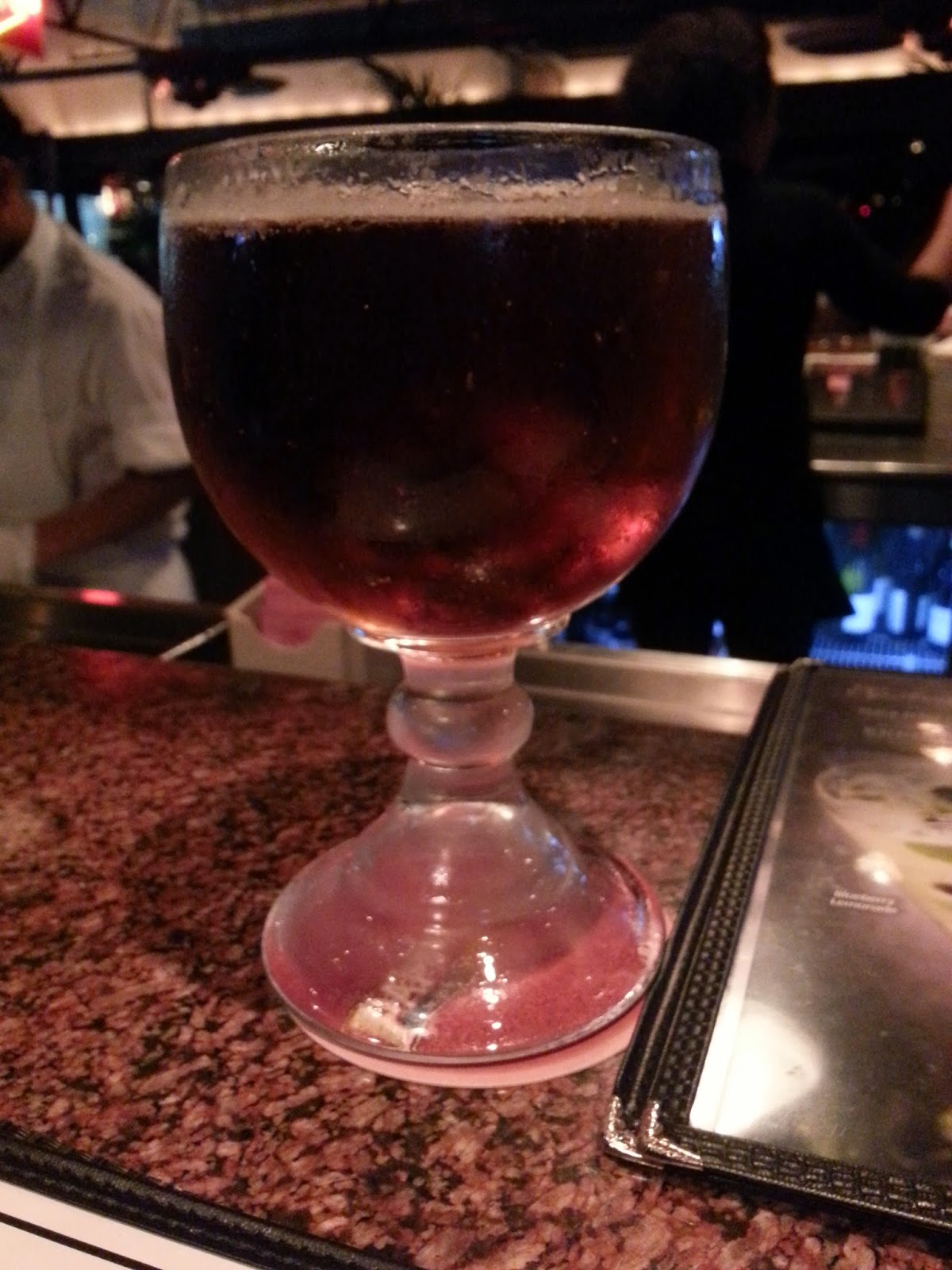 That was the plan while I was away.  I checked into the hotel late Sunday night, and I hoped to ride every night after class.  I wanted to take advantage of the free time I had, but could I last the entire week?  Even a road ride and the quest for food didn’t take up that entire first night.  I still had plenty of idle time before I had to go to bed.  I don’t know how people travel for work.  You know, the ones that do it frequently.

Would I do the same the next day?  Come back tomorrow and find out.

I haven’t done this blogging thing for over a week.  Time to start dragging shit out again.
Posted by TheMutt at 8:48 AM

Email ThisBlogThis!Share to TwitterShare to FacebookShare to Pinterest
Labels: Atlanta, out of town, training