I’ve been gone from this blog thing a long time.  I’ve missed it, but that’s not why I took last week off.  Being away from work was pretty awesome, especially since the stress level there has been pretty high lately.  With the Christmas holiday going on last week, I thought a week of vacation would be just what I needed.  I had the great idea that I would ride every day (probably skipping Christmas), but it rained almost the whole time I was away.  It finally cleared up for the weekend, and instead of riding the same old boring stuff I decided that an adventure was in order.  After coordinating with the Dirty Party Cycle, we decided to head out from my house (on mountain bikes) to see what we could get into. 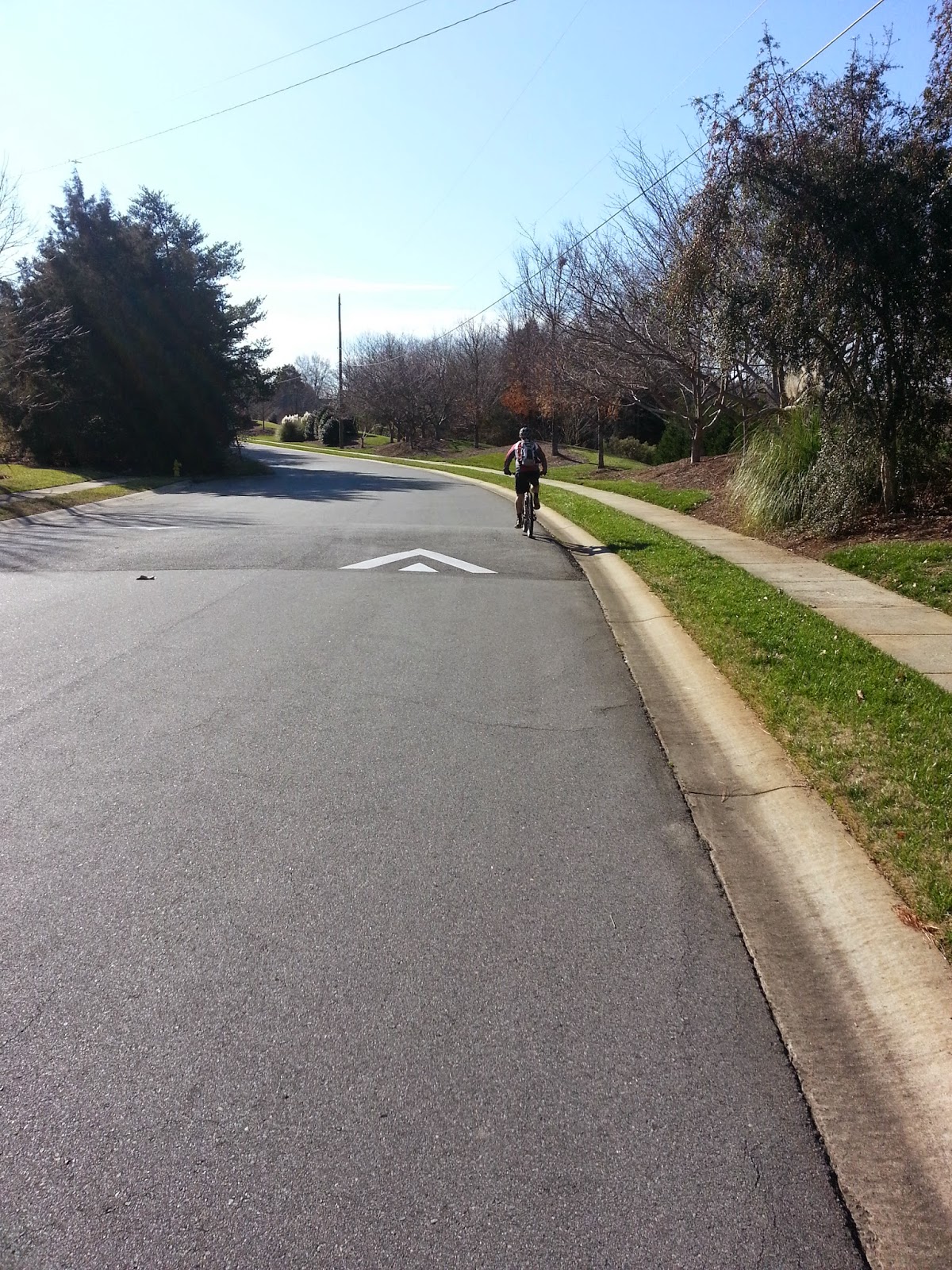 We met up with TomTom (who lives nearby) at our local “home made” trail, RTS.  We had a great ride out there, and for only three miles it was pretty tough.  It was also fun as hell, but it wasn’t enough for us.  We all decided to check out the next phase of our little trail, which is in a section just up from the current exit. 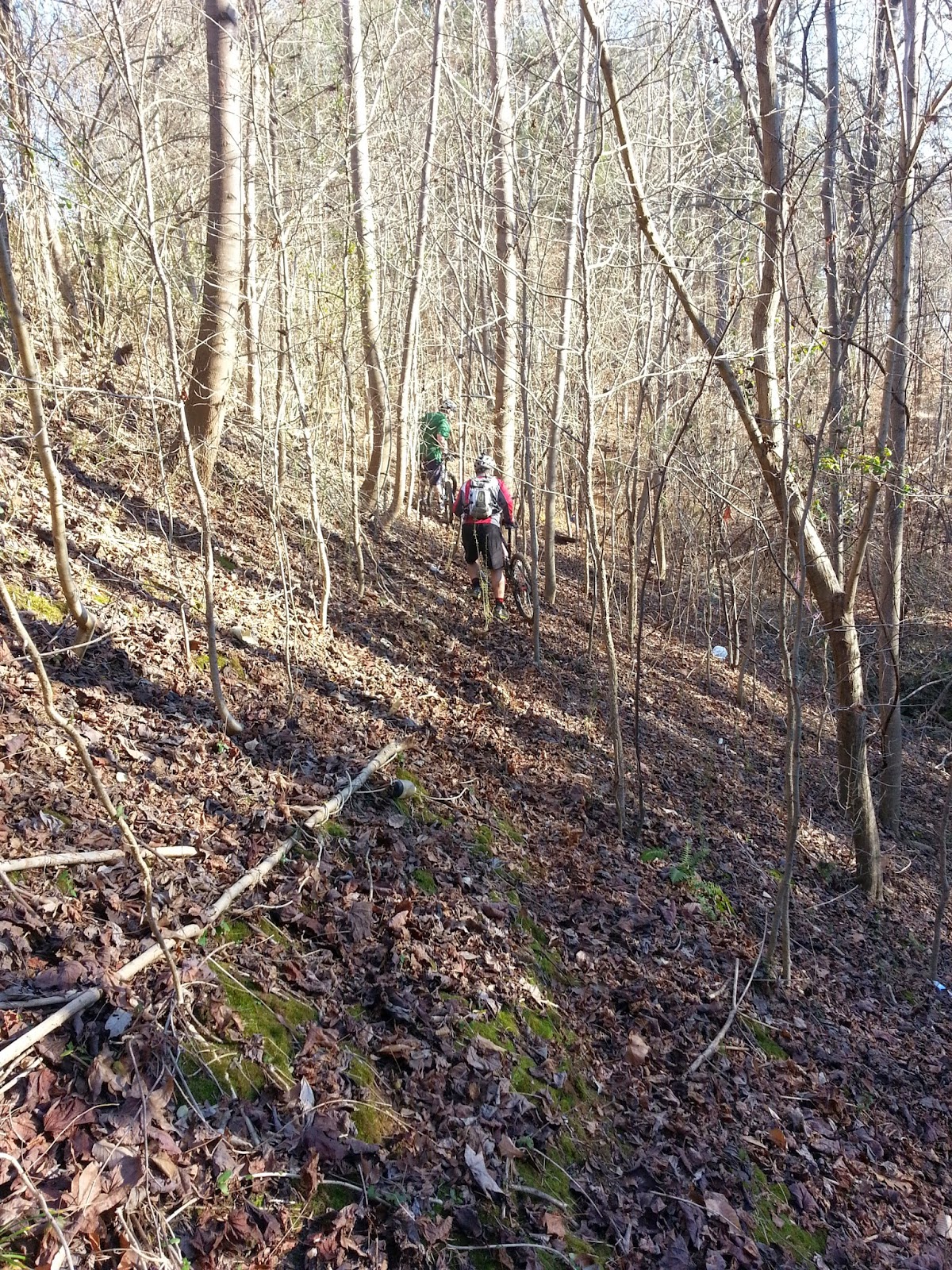 Some of it has been flagged, but we still had to bushwhack a little bit.  The terrain looked fun as hell, and it’s been untouched for so long that we found some neat stuff. 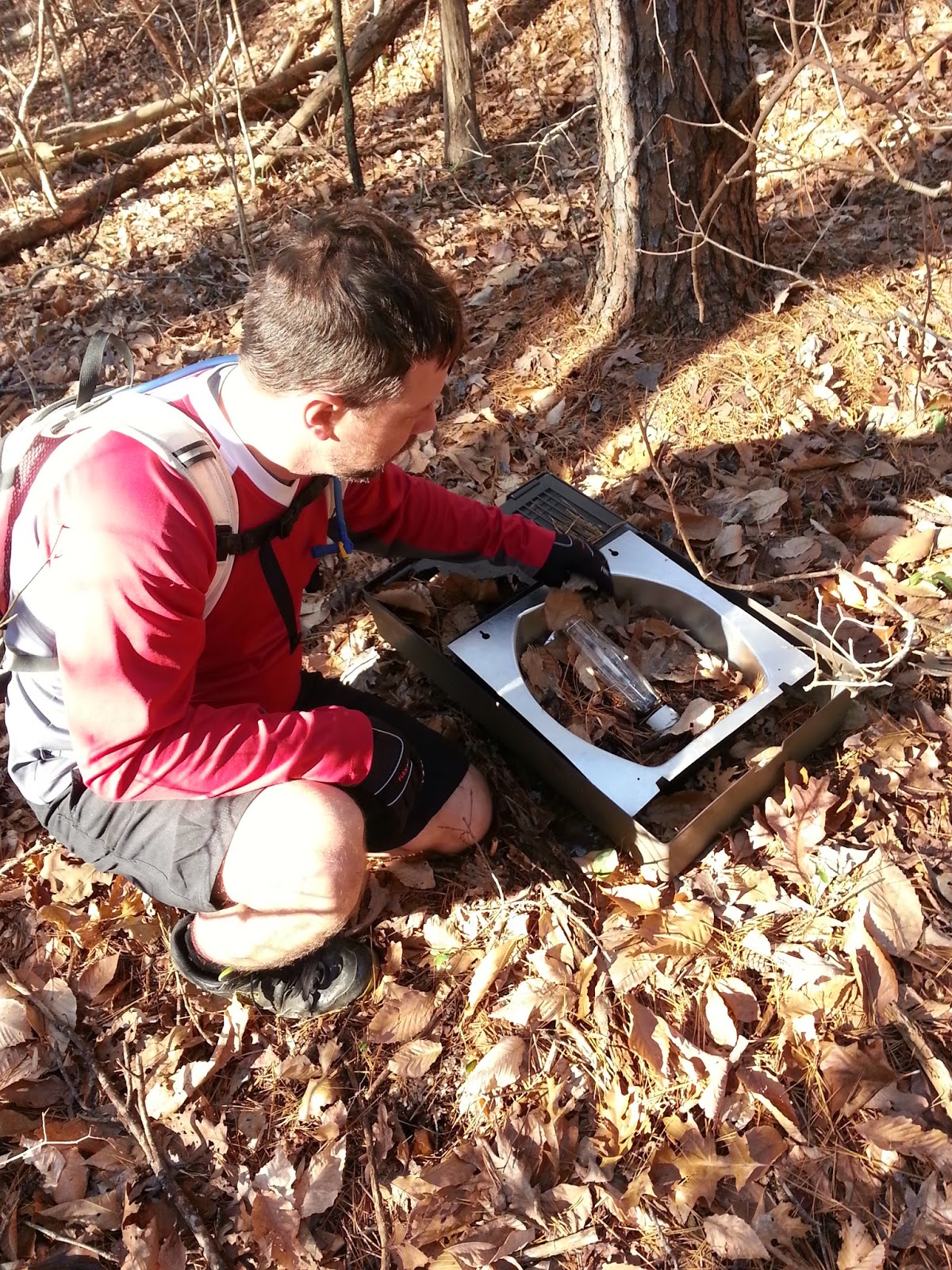 And a bitchin’ homeless camp. 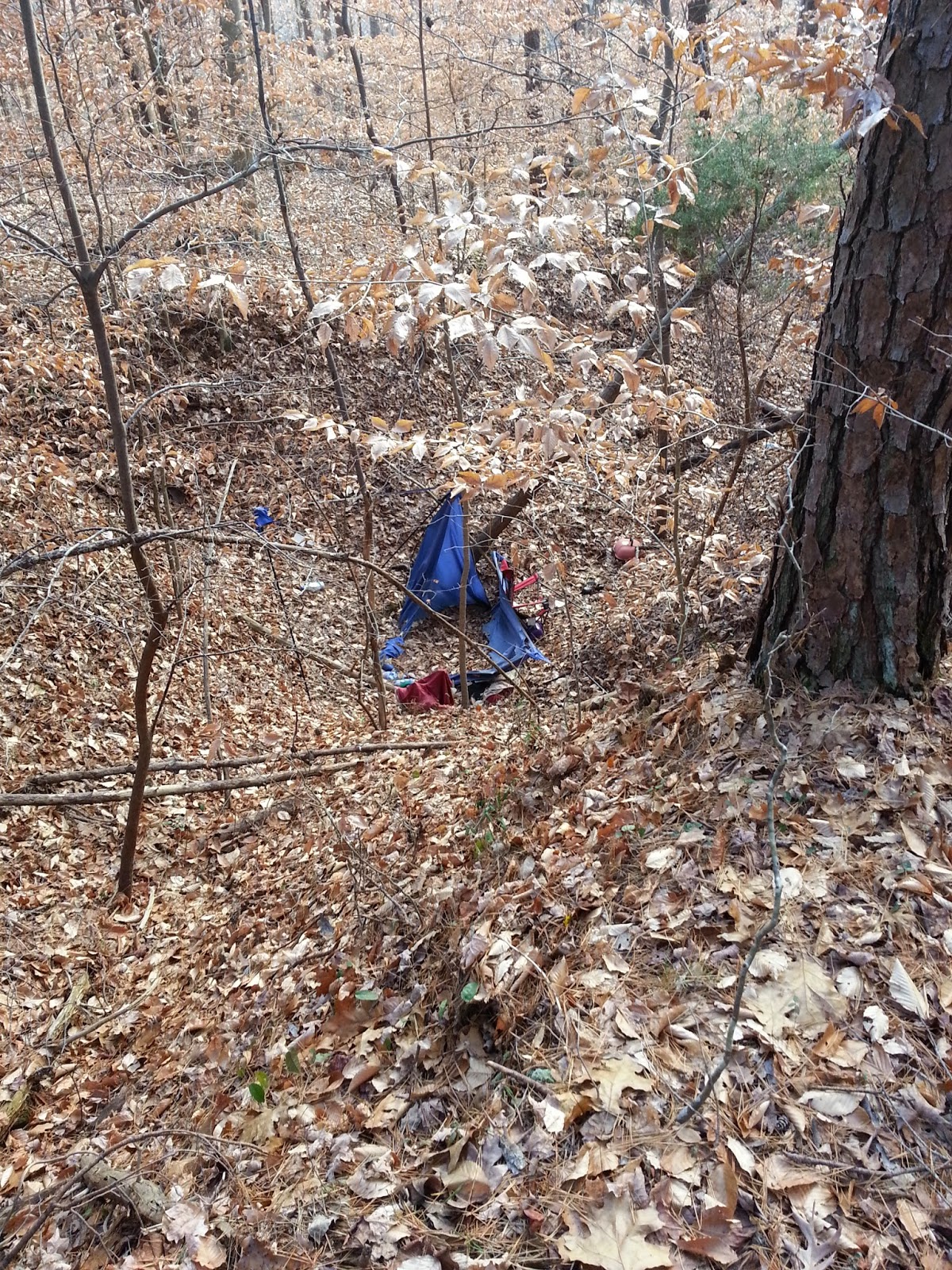 Plans have been made to get to work out there really soon.  I can’t wait.

Our adventure didn’t stop there though.  Since we were in an adventuresome mood, we took a stroll up the road a little way to see the third phase of our little trail system.  It will be quite a while until we even get to start on that, but it was nice to check it out.  We found an old road that cut through the heart of the property, and it was fun flying down the hill.

Until it dead ended at a creek. 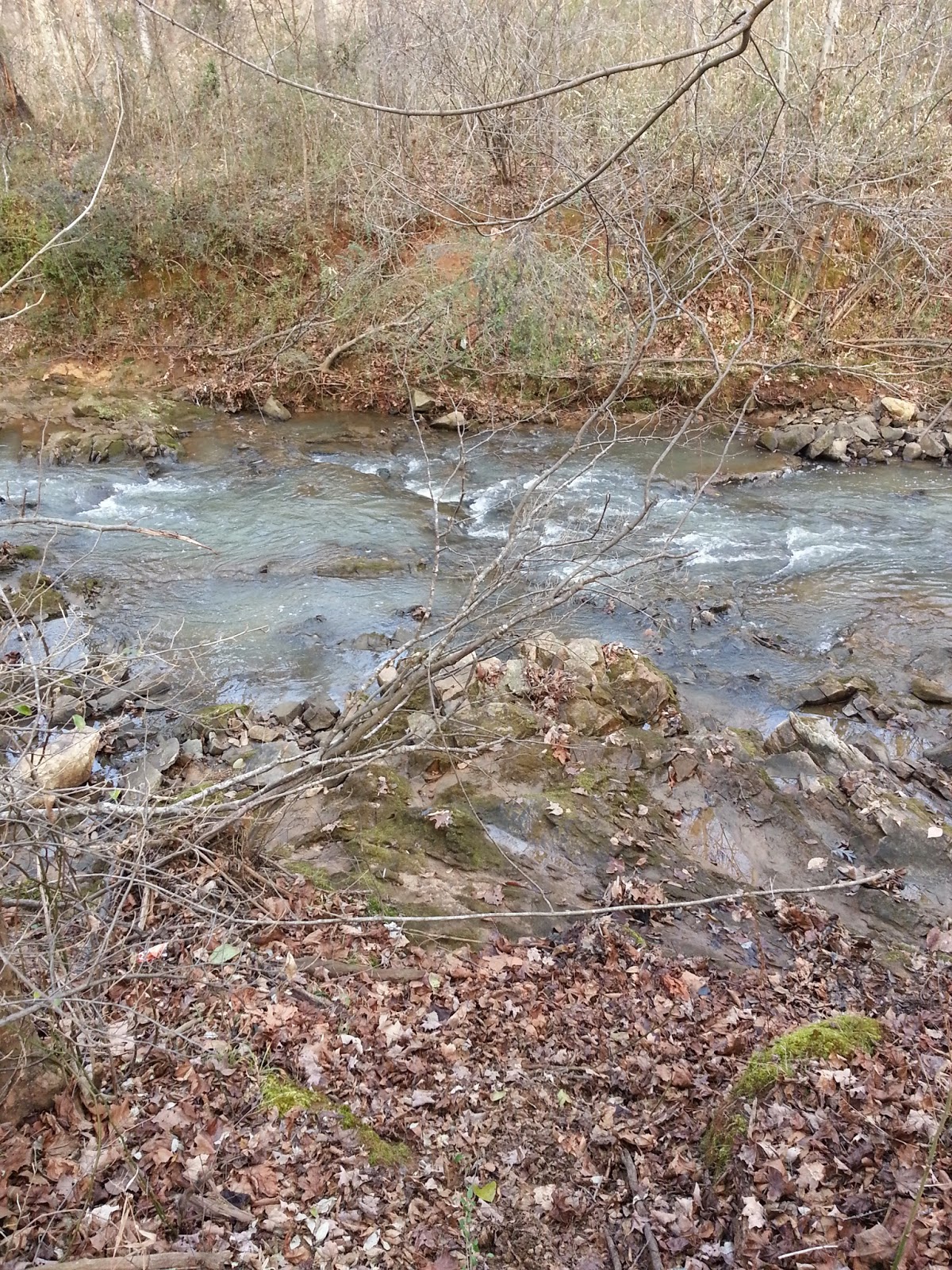 It was cool, since we were just out for fun.  The DPC and I went down to the creek to find a way across, while TomTom stayed up top to keep watch. 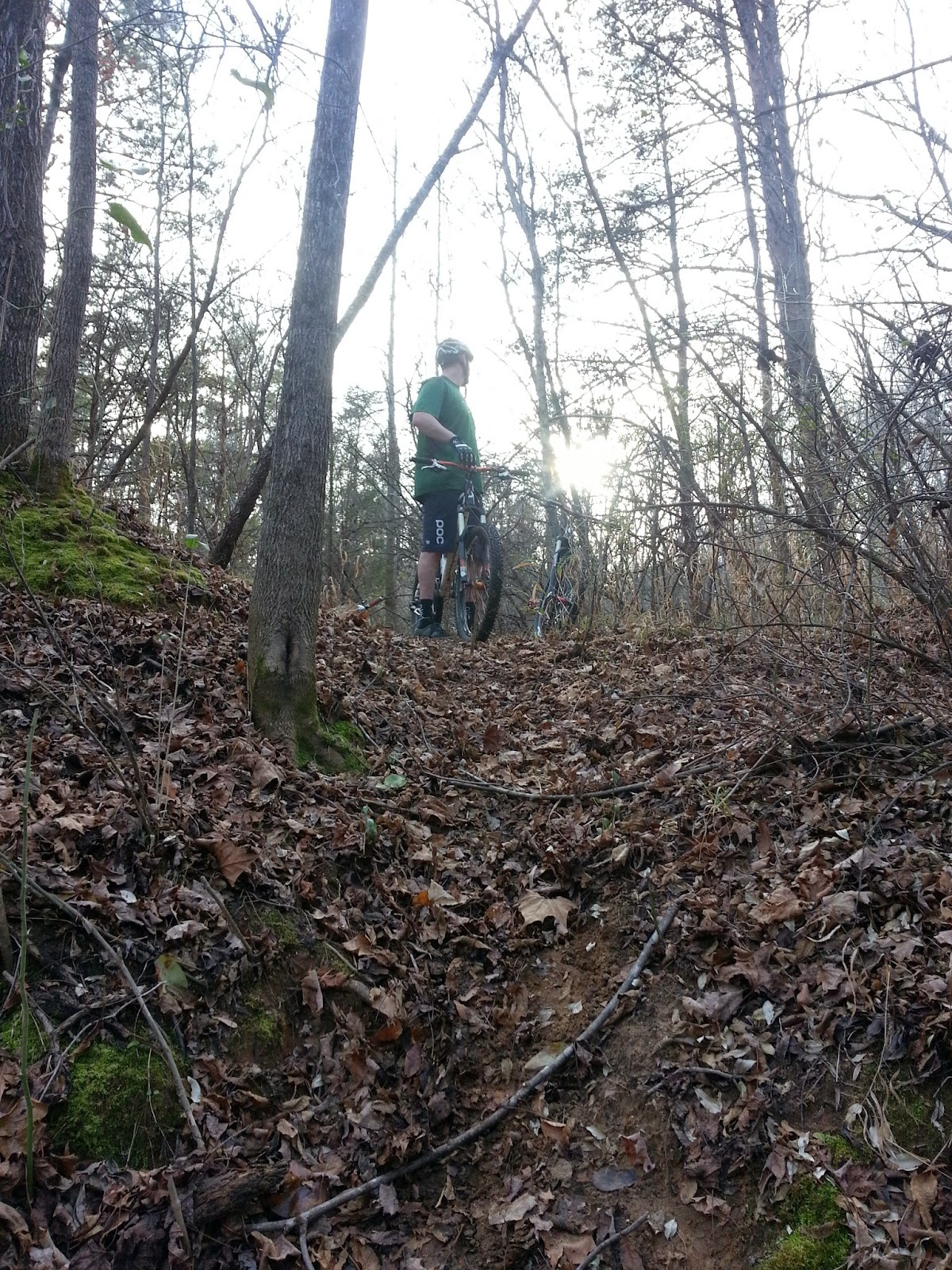 It wasn’t a deep creek, but it was nice because we felt like we were out in the wilderness somewhere. 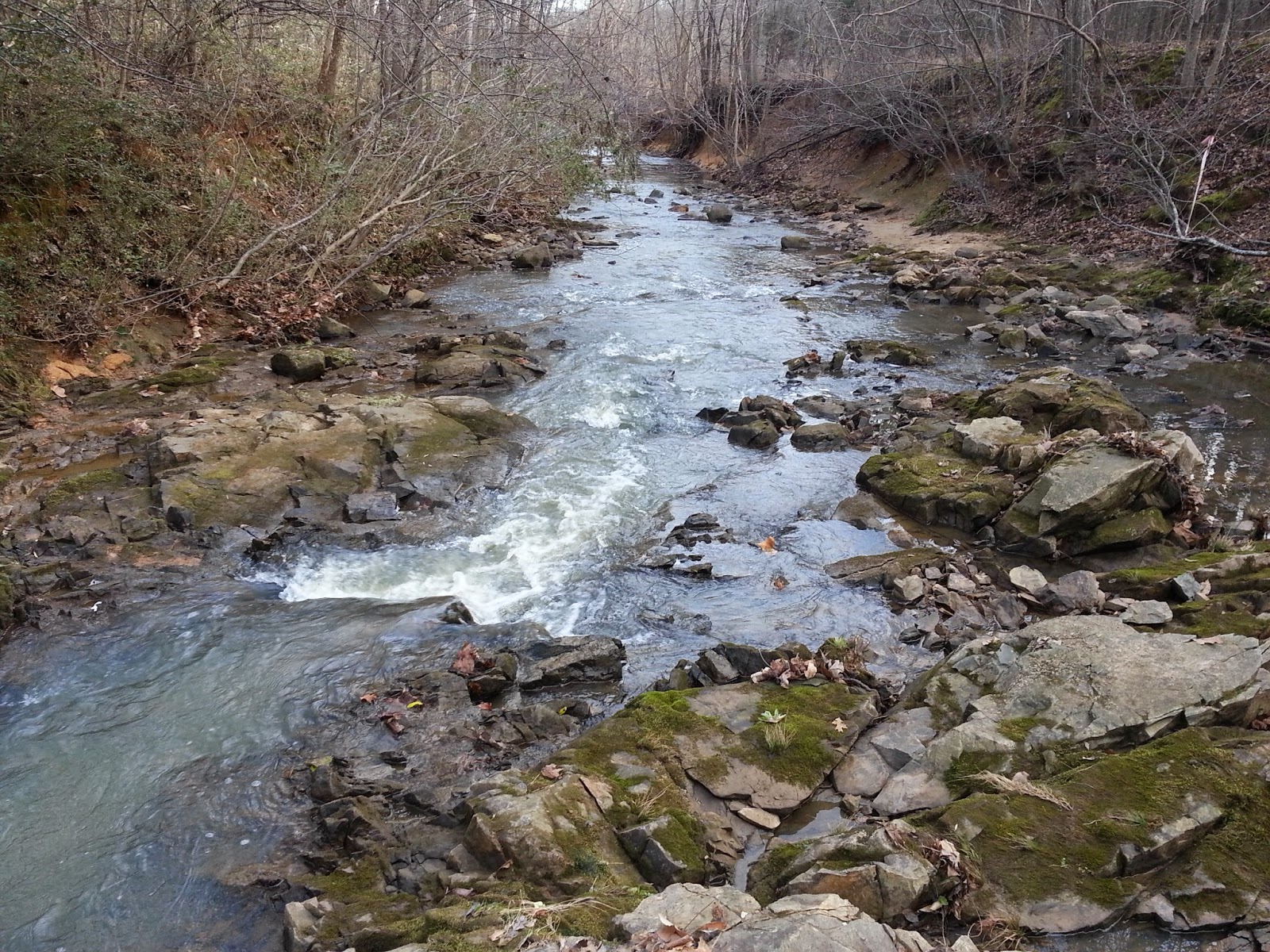 All this stuff in a city.  It wasn’t The Pisgah, but it was a great adventure nonetheless.  After being rained out for most of the week and not seeing my friends, I enjoyed getting out on the bike and getting a little dirty.

And it was nice to have something to talk about on here.

Email ThisBlogThis!Share to TwitterShare to FacebookShare to Pinterest
Labels: adventures, back from vacation, private trails