This week went by quickly I guess.  It’s been a little tough here and there.  I’m at the point now where I don’t wanna see any people for a while. 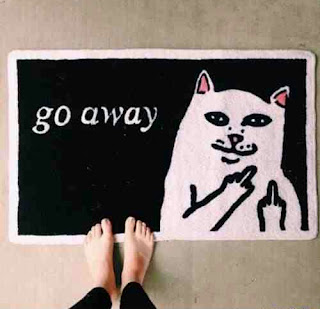 Srsly.  I just wanna crawl in a hole and do my own thing for a few days. 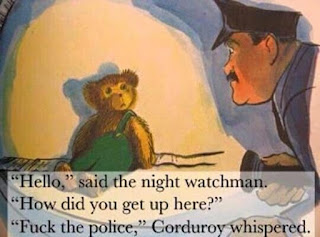 Both of those make me laugh every time I see them.  And that my friends, is the point of Fun Friday.

I actually have some plans I guess.  A mountain bicycle ride might be on tap for tomorrow, or maybe I’ll just play the shit outta my guitars.  Either one would be fine actually, because I don’t have solid plans until later in the evening.  You see, I’m going to check out another show with cover (ahem, “tribute”) bands, and unlike the past ones that mimicked the 80s hair metal stuff this one is a little better.  First up is an Alice in Chains tribute band (based outta Charlotte I hear) and the main attraction is a Pearl Jam tribute band.  I’ve seen some TubeYou (you read that right) videos from both of them and it seems like a good way to spend the evening.  Plus, unlike the 80s stuff, this is the kind of music I’ve been playing anyway.

For only ten bucks, I’ll be entertained either way.

Sunday may or may not be race day.  There’s a Southern Classic race up in Woolwine, VA, and if I don’t stay out too late the night before I may head up there.  I’m currently first overall in the series, but they let you drop a few races so I have a little wiggle room.  I guess if I can drag my ass outta bed bright and early Sunday morning, you’ll have a race report on Monday.

Or maybe you'll just have a bunch of photos of people pretending to be grunge band members.