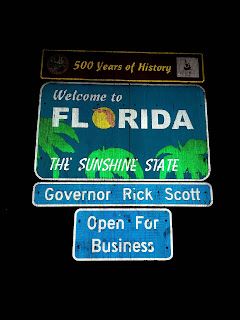 So yeah, I went down to Jacksonville, FL over the weekend for the SORBA Board of Directors meeting. I like driving and spending time alone, so the six hour trip was pretty nice. I got there in the middle of the welcome reception, ran into a few people that I knew, and met a few new faces. After a beer or two and some food (and of course some socializing), it was off to the hotel to check in. Not feeling like going back out to buy beer, I got on the Internets for help.

And the best comment came from my smart-ass pal Eastwood

There was a store right across from the hotel, so figured I should go see what they had. I probably would've been better off staying sober. 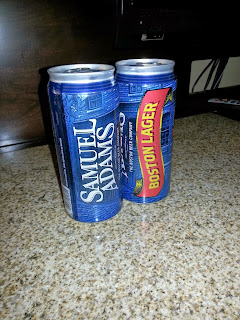 It was the best thing available. Oh well, I didn't need to stay up all night drinking anyway. I had to go to the beach first thing in the morning. 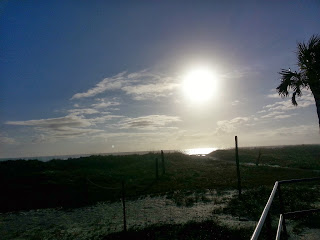 Our meeting was held in a building that overlooks the Atlantic Ocean. It was odd hanging out with a bunch of mountain bikers at the beach, but it did make for a nice venue. The agenda was good, the meeting moved along nicely, and I was never bored. 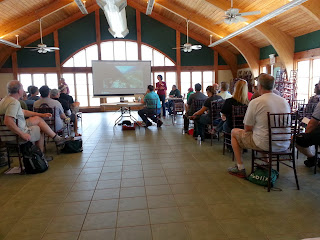 I just kept having to get up to stand in the back of the room because the chairs were so damn uncomfortable. Meh.


During one of our breaks, I walked outside to get some fresh air. That's when I spotted a bike that looked an awful lot like Eastwood's Glow Worm...with a touch of crabon. 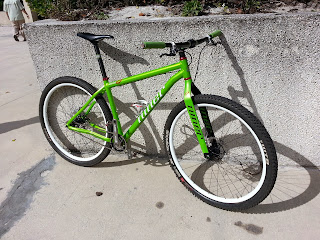 Eventually the meeting wrapped up, and quite honestly I took a lot of good information away from it. It's amazing how different each club here in the Southeast is, but how similar our issues are. I met a lot of cool people too, but the fun was just beginning. It was time for our group ride at Hanna Park.  The trail head was right near the meeting location, so after everyone got changed we gathered around to break up into groups. 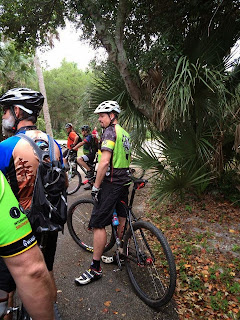 
I opted for the social group, since after sitting in my truck for six hours the day before and several hours again for the meeting my legs were jelly. I'll get into the group ride tomorrow I guess, but for now I'll share something I found to be pretty cool.


One of our locals here in Charlotte, Mike Long, told me a while back that he helped build the trails at Hanna Park when he lived down there in Jacksonville back in the day. When I mentioned to former SORBA-Jax club president Dan Z. that I knew someone that helped build the trails there, he asked me who. When I told him he said, “He has a trail named after him here.” 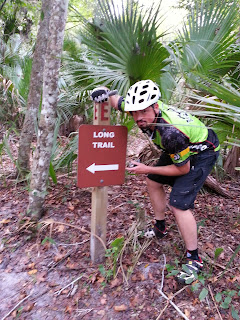 That's awesome. I wonder if he even knows about that.

See y'all tomorrow for a ride report from sunny Florida.