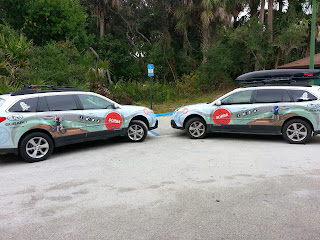 After we broke up into groups for our ride, I was ready to spin my legs. I hadn't been to Florida in years (to ride or for anything else) so I was looking forward to getting back out on some familiar singletrack. You see, I rode Hanna Park many moons ago, an honestly I wasn't that impressed. Typical Florida singletrack; rooty, sandy, twisty, and flat as aboard. That's why I figured I would run off to Santos after our group ride last Saturday. When I heard that SORBA-Jax had been putting in a shitload of work to add to those trails though, I got a little excited. 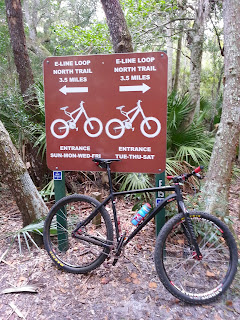 We started out twisting and turning, and only a little of the trail looked even remotely familiar. My how things had changed in just a few short years. The club members down there have really worked hard to make a quality trail, and after only a few short miles I was having a blast. Feeling comfortable with the terrain was a plus, but those folks sure know how to make due with what they have.


Riding through a swamp was a nice touch for me too. 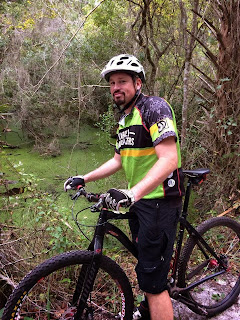 
There are quite a few loops out there, and while not overly difficult they were challenging enough. After a little while we ended up on a road in the park, on to the next section. 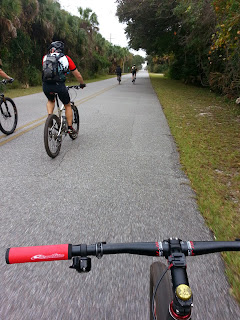 And then it was back in the swamp. 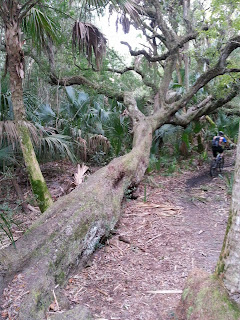 Just make sure you don't give any food to the critters. 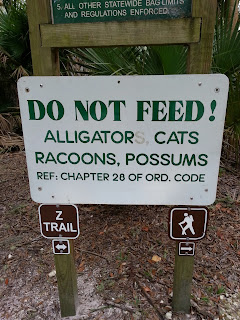 When it was all said and done, I think we clocked somewhere around seventeen miles. I wasn't worn out, but it was a good enough ride that I didn't feel I needed to go anywhere else. Well, almost.


Since I was so close to the beach, I rode out there. 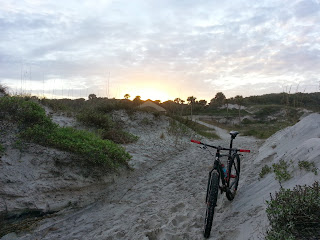 With plenty of time to get to the afterparty, I took off on a search for some local brew that I could bring back to Charlotte. Before long (thanks to some friends in the area) I had some good stuff. My beer status was much improved from the night before for sure. 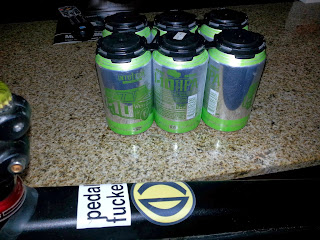 Intuition I-10 IPA is a local beer, and it's quite delicious. I bought plenty to bring back here, so I had a few before I cleaned up to head for the big party.


At the party we were treated to free food and beer, and I chatted it up with friends old and new. After the free stuff ran out, we kept going. Things got way more fun, with us yelling off the balcony at the locals below. I swear at one point I was hanging out with Dave Grohl, and a dude that looked just like Michael Phelps. I tried to get photos, but the best I could do was one that would make a Bigfoot hunter proud. 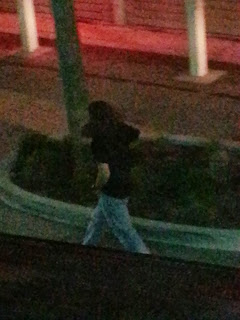 He's got another confession to make.


It wasn't Foo Fighters, but there was a band: 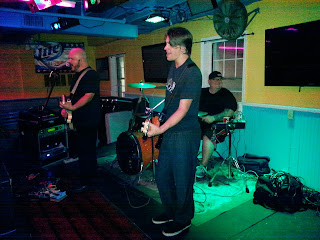 They weren't bad, but I drank a lot so my opinion isn't to valuable.


I had a great time down there in Jacksonville for sure. It was nice to go back to the state where I grew up, and the folks at SORBA-Jax showed us a good time. They are a hard-working club (just like the rest of us here in the Southeast), and I feel privileged that I got a chance to spend some time down there seeing what they were all about. I also learned a lot from the board meeting, despite how much fun it looked like I had. I'll definitely be back to Florida's largest city.


Oh yeah, what trip to the swamp would be complete (for me) without posting a picture of an alligator? 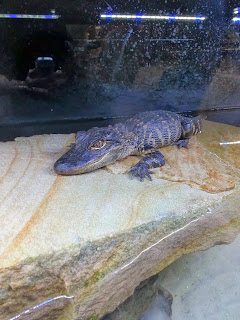 I miss Florida sometimes, but not enough to move back. Definitely enough to make frequent visits down there from now on though.
Posted by TheMutt at 8:21 AM