Back in town and done with my vacation, I was itching to ride some NC dirt.  With a free weekend in my sights, I opted to join a group ride to a trail I’d never been to before.  We were scheduled to visit Lake James State Park and I was pretty excited.  I’d heard about it from a few people that had been there, and going somewhere new intrigued me.  I got up early so I wouldn’t be late, made the hour and a half drive there, and waited. 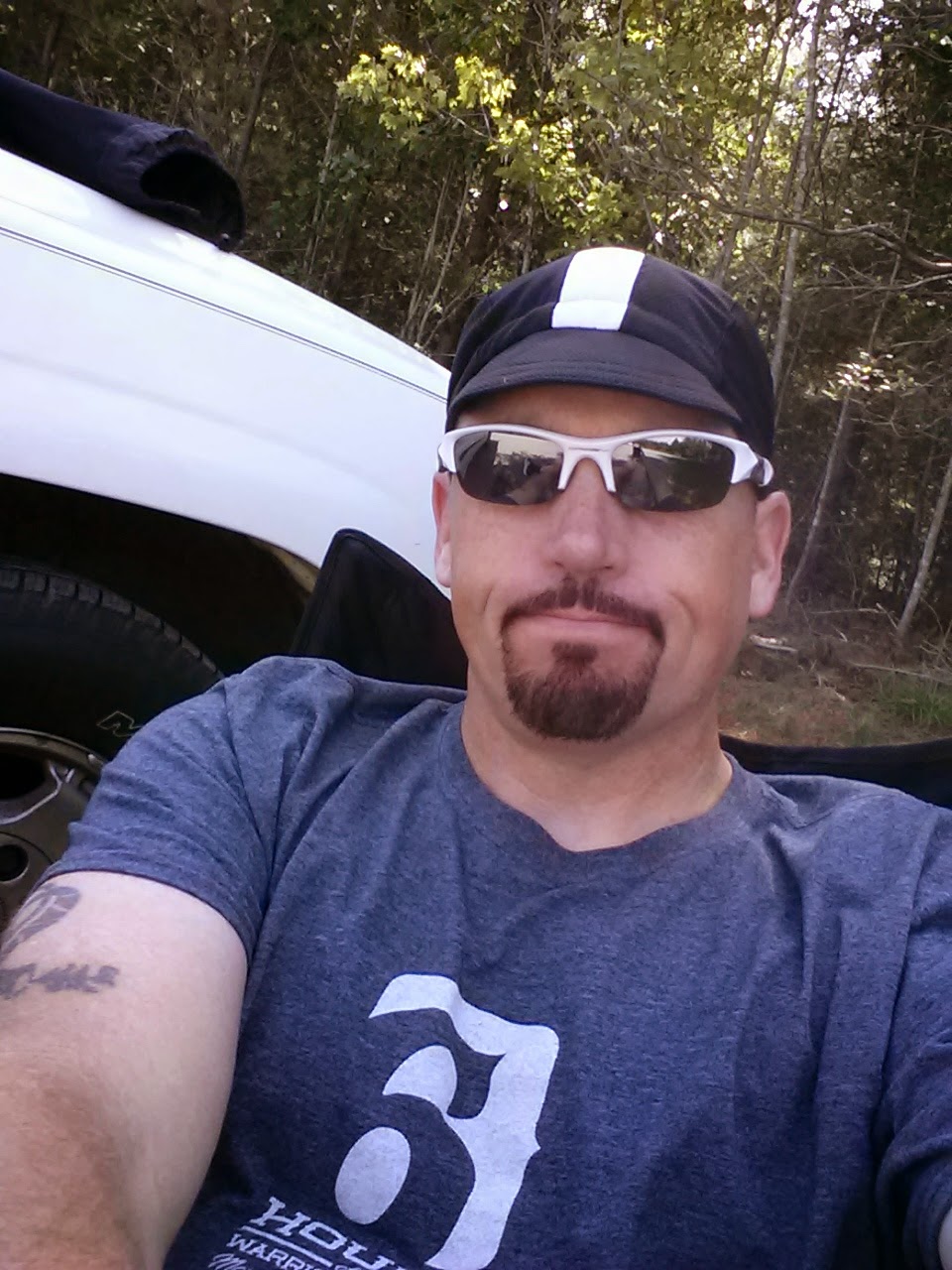 I suck at selfies.  Or I am not impressed with them.  Or I have to poop.  Whatever.

I found out later that the group ride had been cancelled sometime during the night, but luckily I thought ahead so I wouldn’t be alone.  I texted the Dirty Party Cycle the night before and he was down.  He showed up a short while later, and with a map I printed off the website in hand we hit the trail. 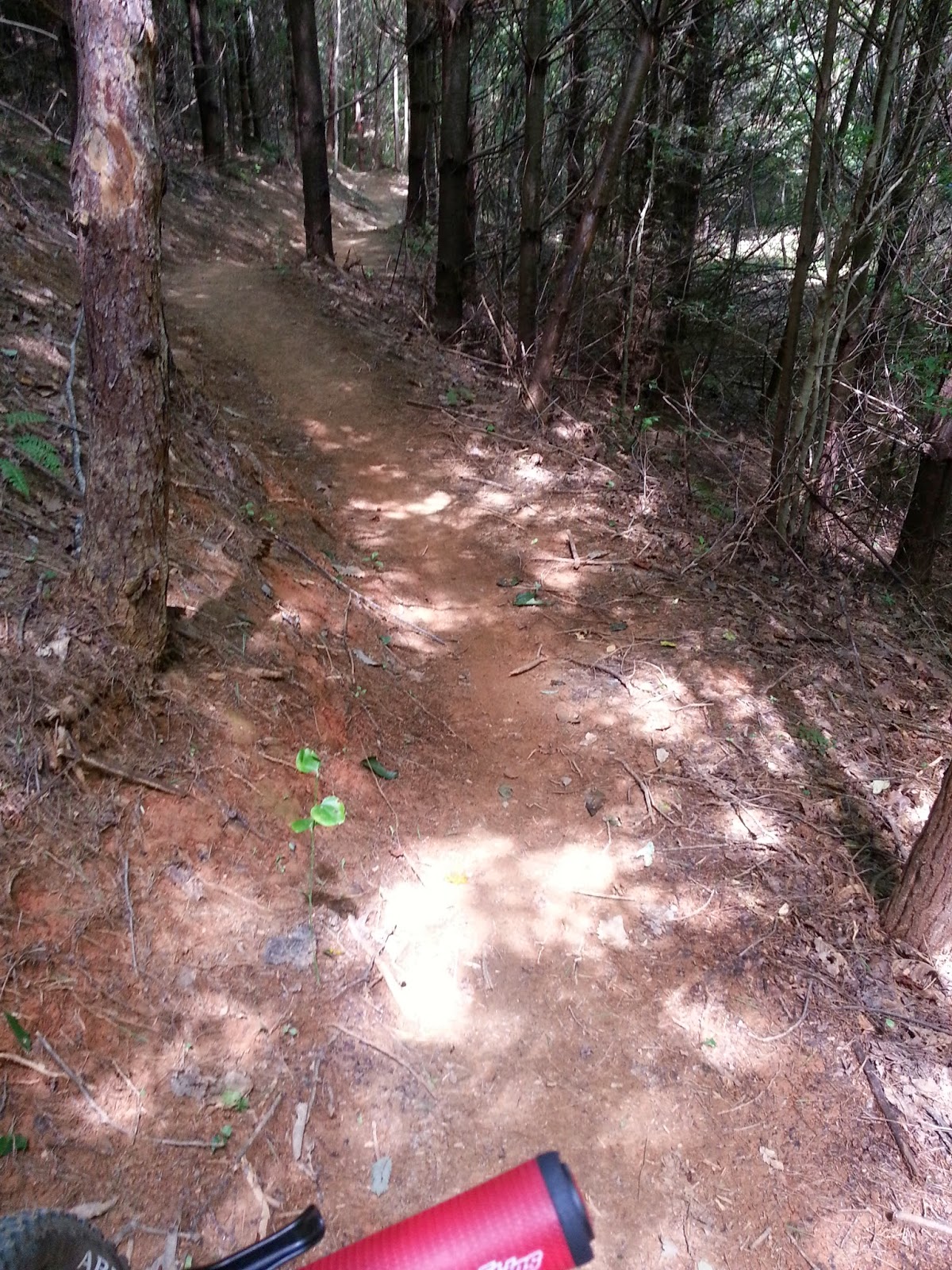 If you’re local, the best way I can describe it is a cross between Lake Norman State Park and Warrior Creek.  It was fast, flowy, and not at all technical.  While I usually prefer the gnar shit, this was a nice change of pace.  We clocked in a little over fourteen miles of fun, fast, swoopy downhills with minimal climbing.  The DPC and I had a great time for sure.  Big shout out to the folks at the Northwest North Carolina Mountain Bike Alliance for one helluva job.  It’s nice to have a trail in the area out there.  And since it’s almost in the hills, the views can be quite nice in the park. 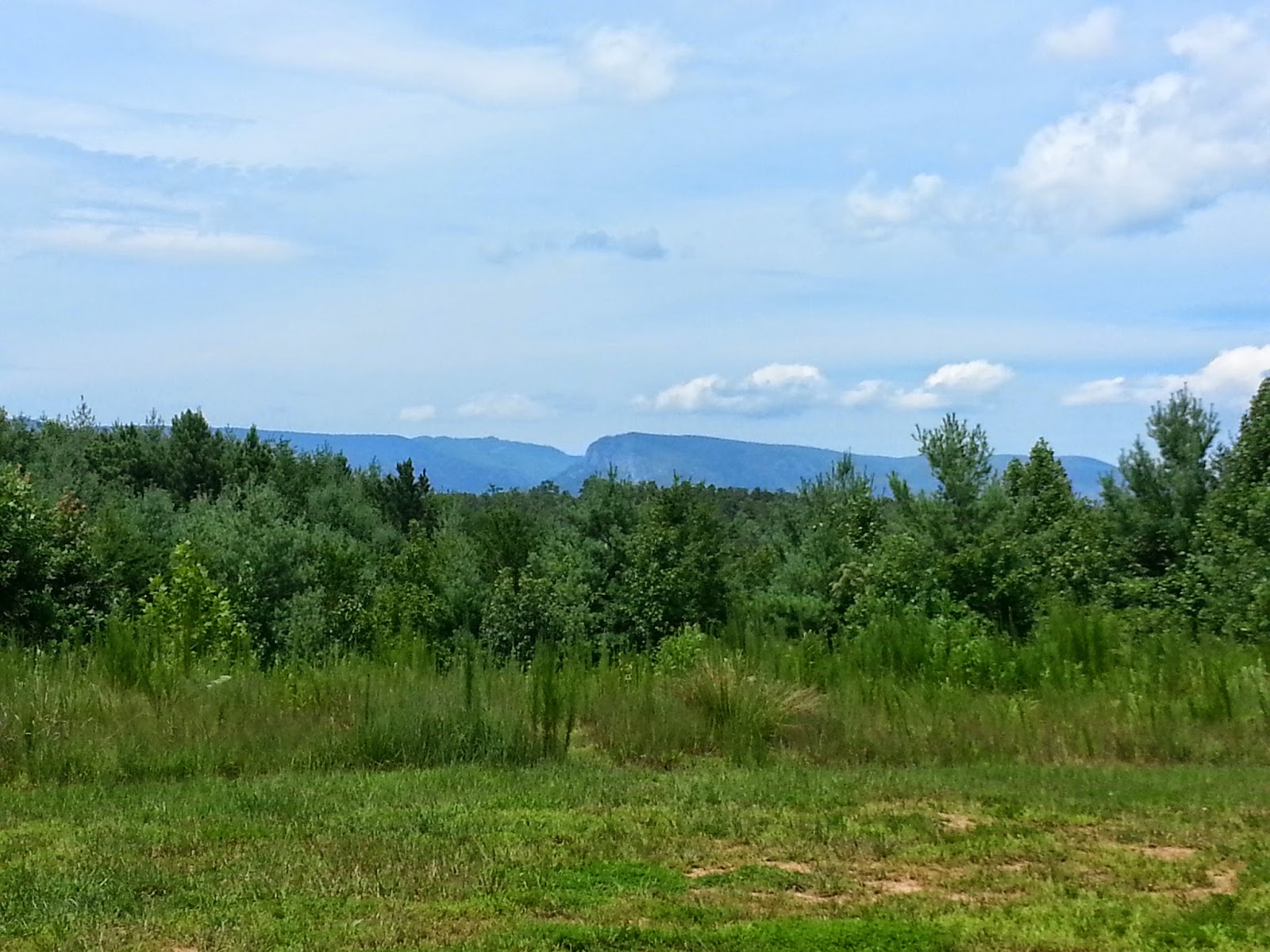 Hardly taxed from riding, we still needed beer and food.  In fact, the DPC was talking about where we’d go for brew during the first few miles of the ride.  What a good friend.  He suggested a local joint, Fonta Flora Brewery in nearby Morganton.

We walked in and felt immediately at home. 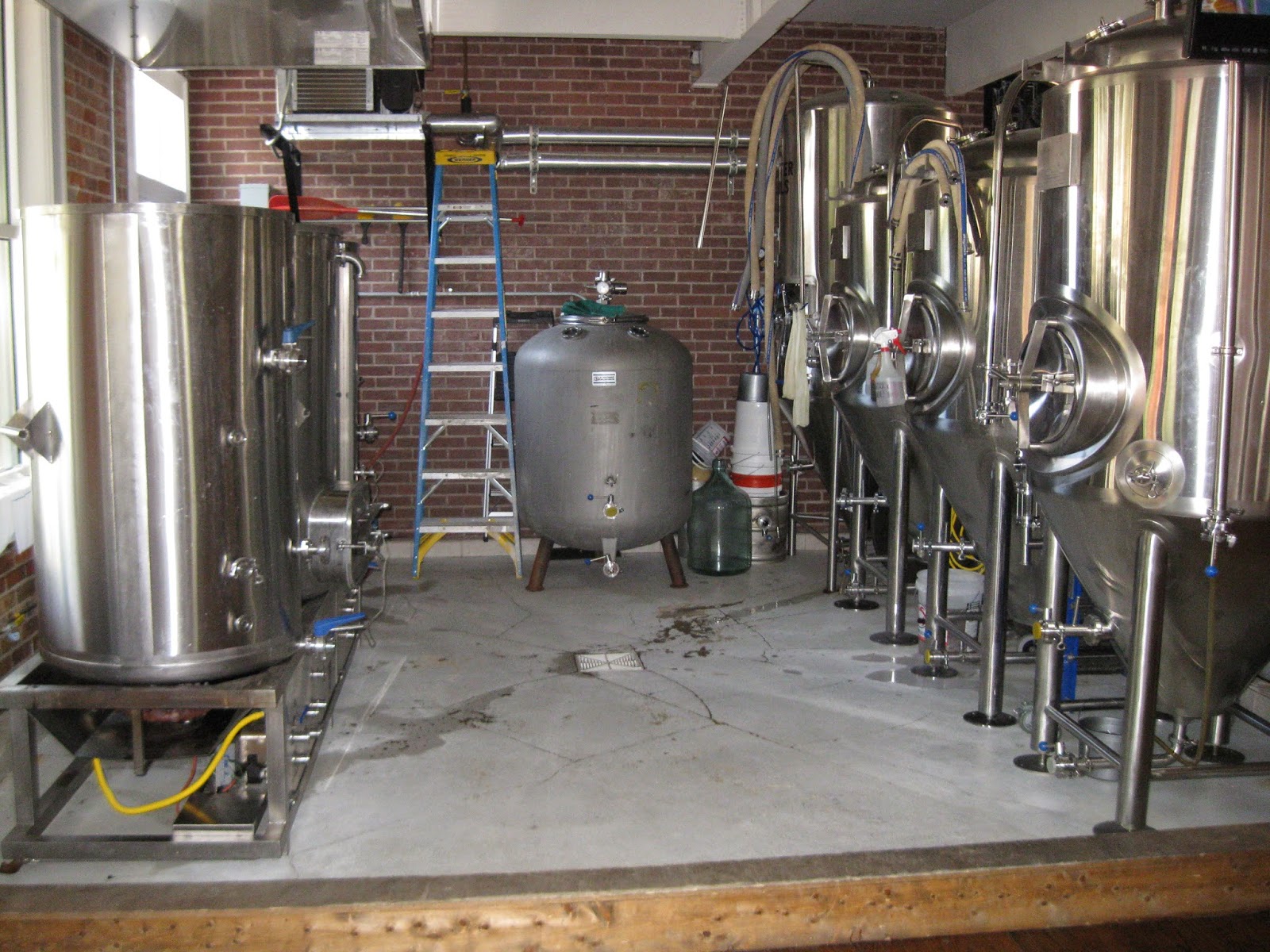 We bellied up to the bar and I ordered the hoppiest shit I could see, which was the Hop Beard Mountain Man IPA.  With such a manly sound, I was very hopeful. 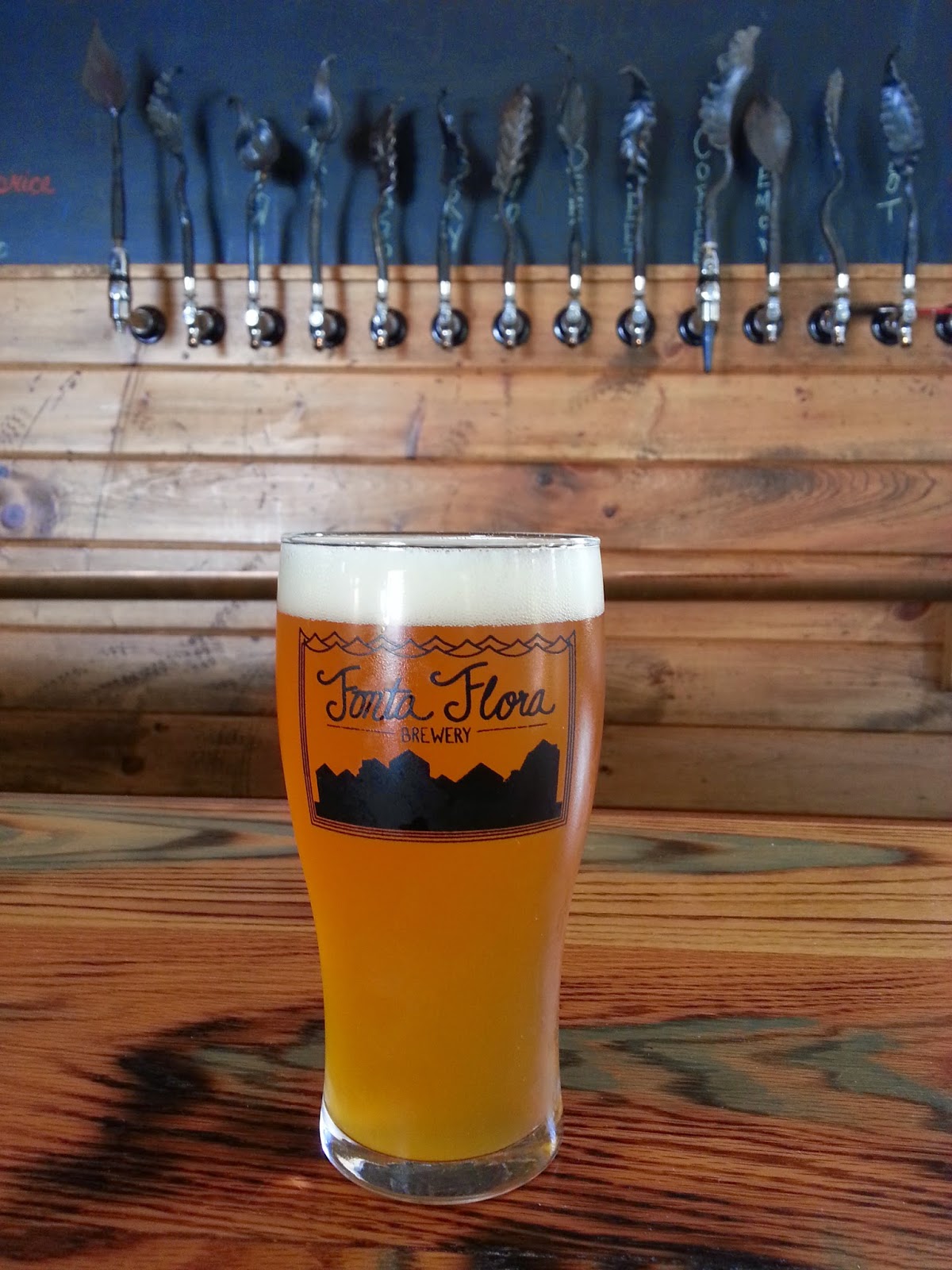 Damn, that was good.  I enjoyed that for a bit but thirsted for more.  Next up was an IPA made with beets (yes, beets), which turned out to be pretty awesome. 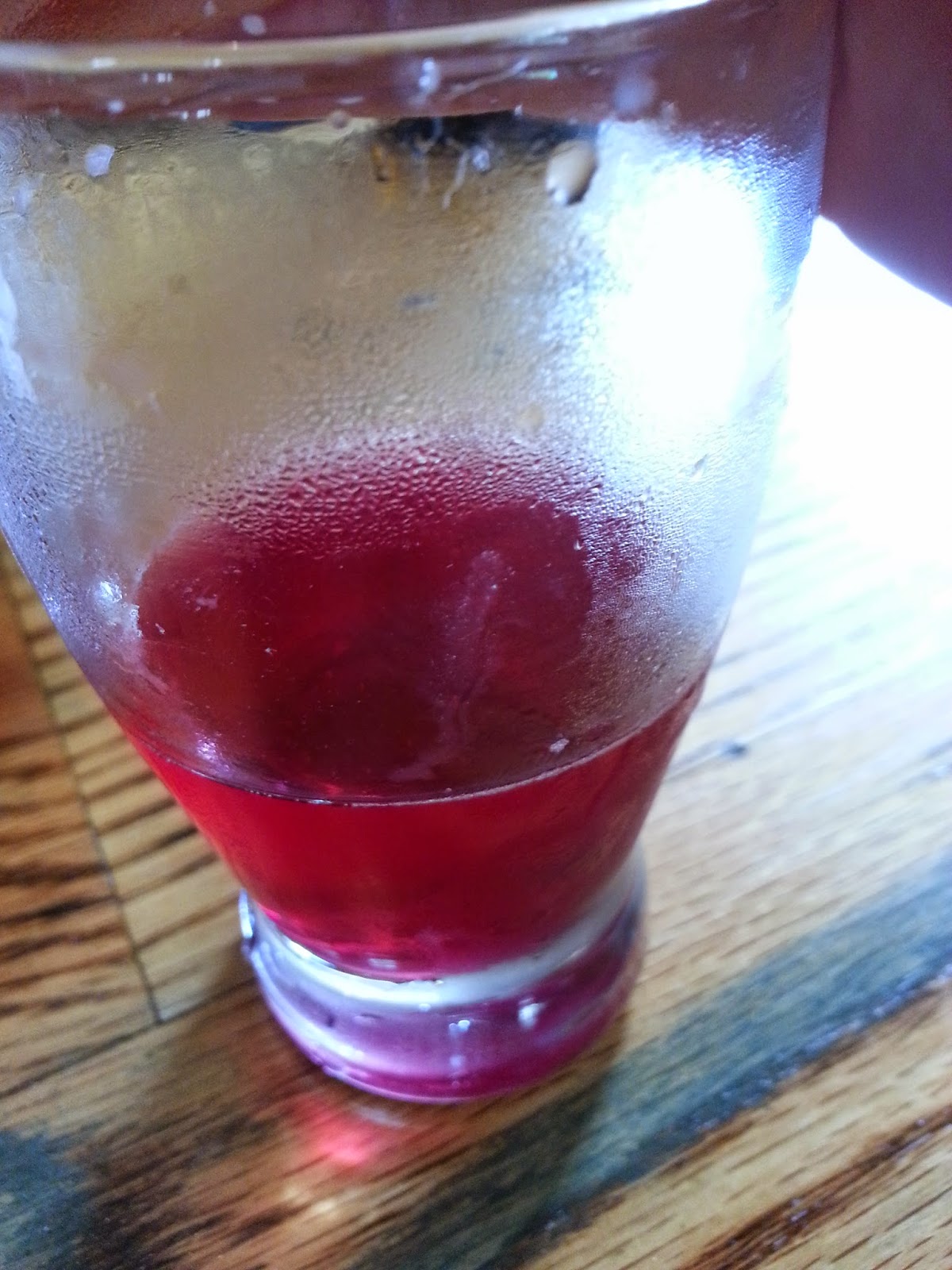 Next up was a sample platter, or a “flight” for you fancy folks. 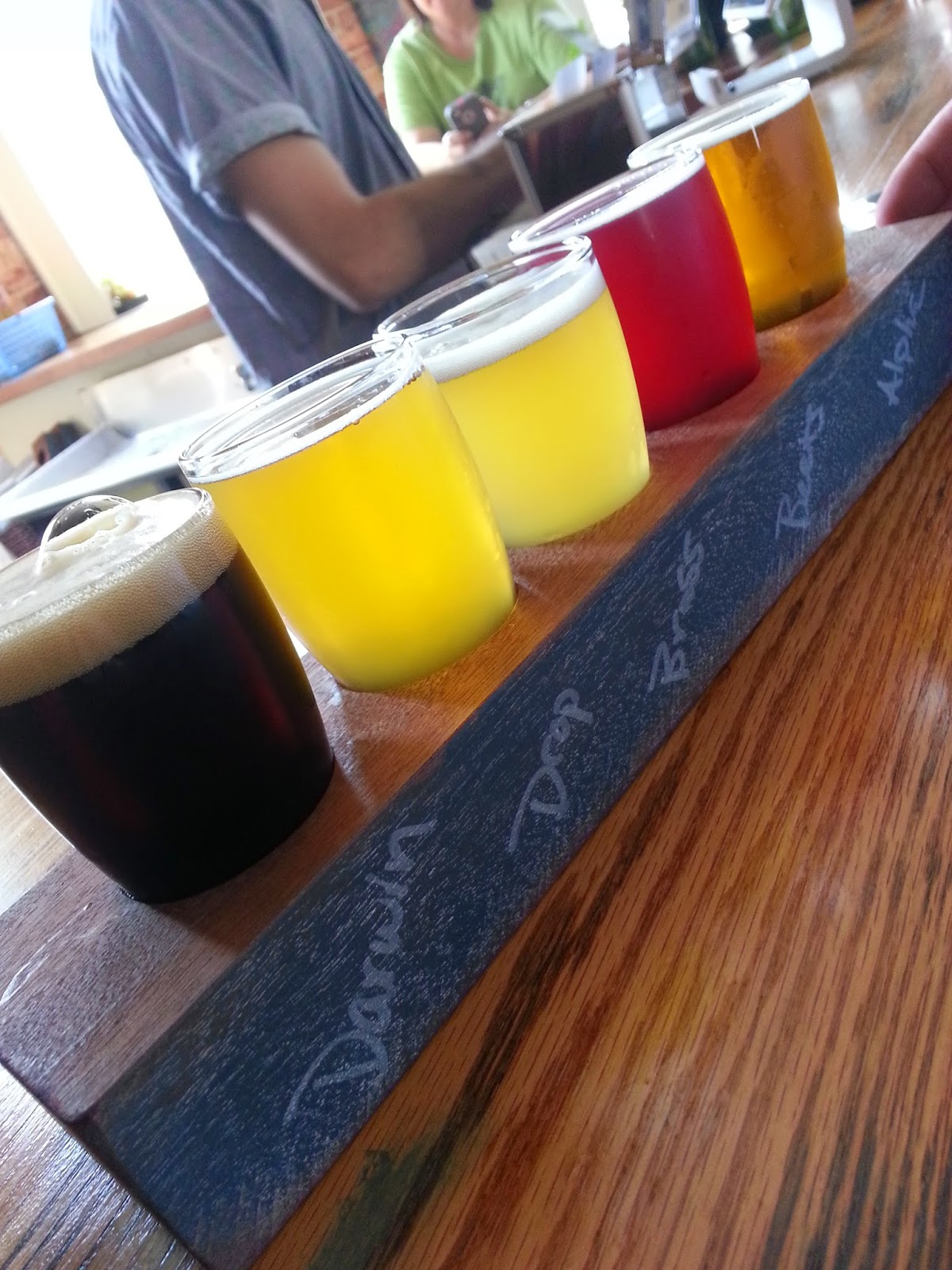 We’d ridden our bikes and had lots of good beer, so we figured we might ought to get some food.  Before I left I made sure to get something to go. 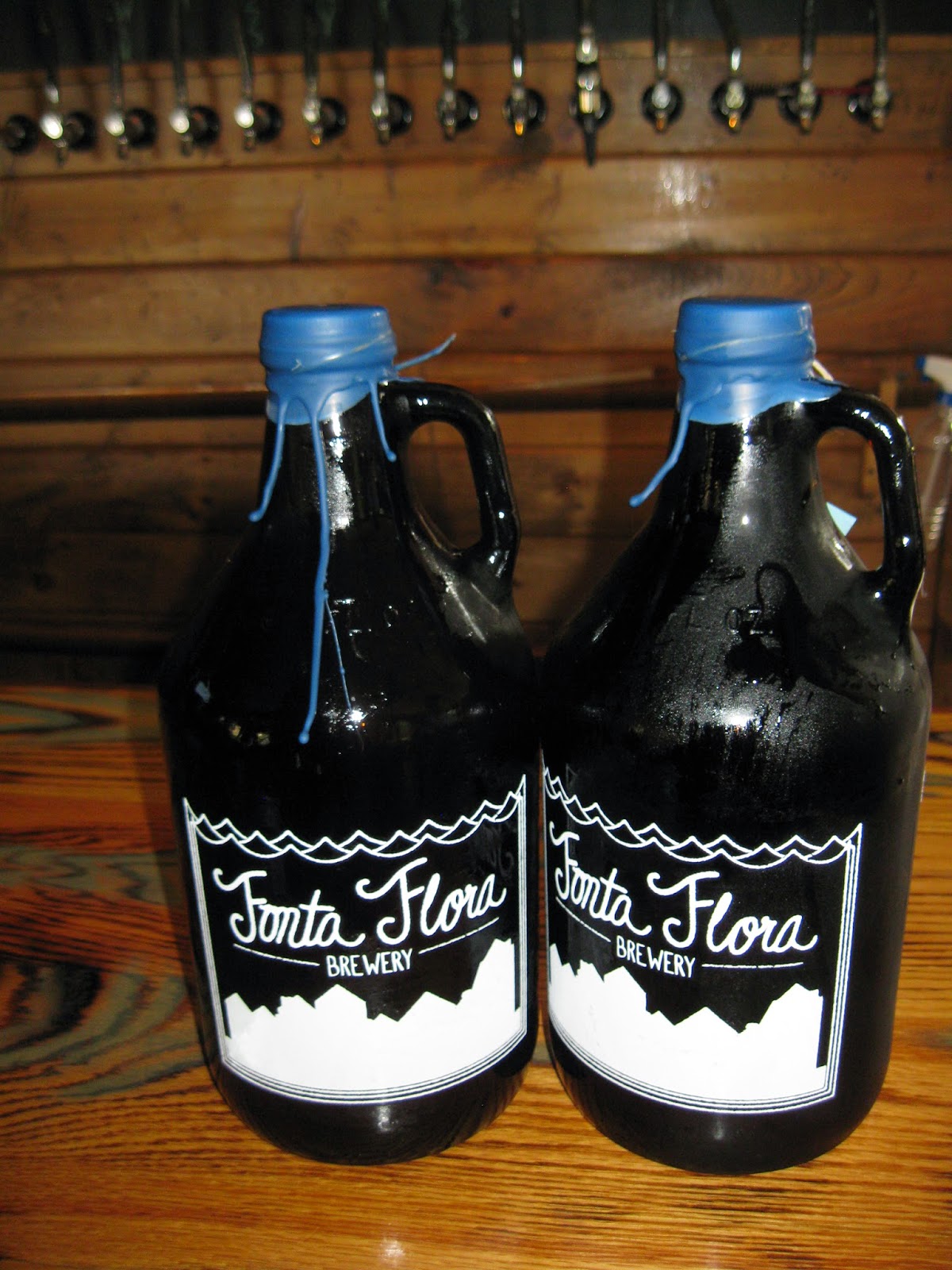 Next stop was a local Mexican place, which if you ride any sort of off road bicycle is mandatory.  I was hungry, and they obliged with a big plate of slop. 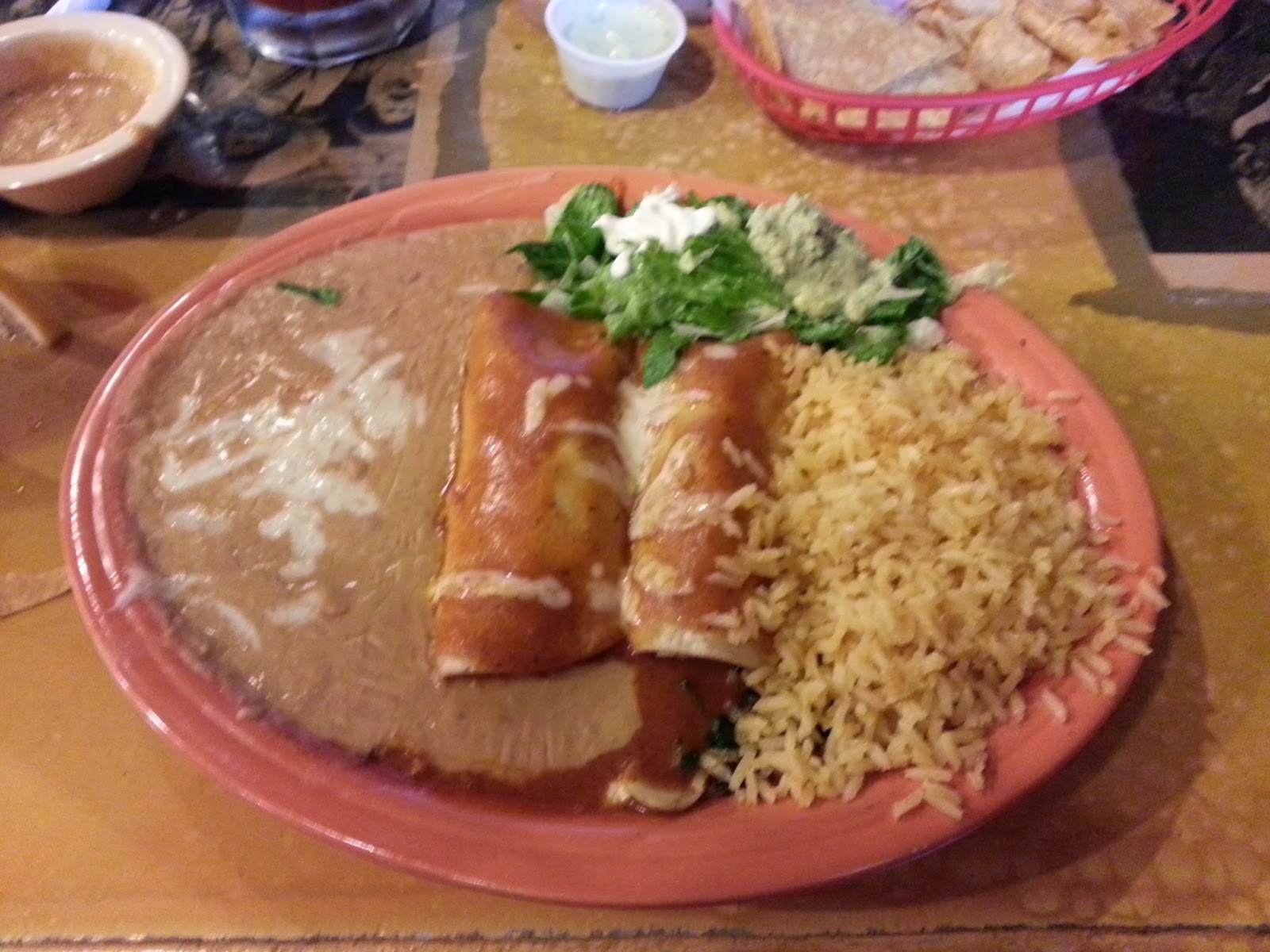 It was a good day.  Bikes, beer, and Mexican food.  I might have to say that the highlight of it all though was a local with a KISS tattoo on his arm. 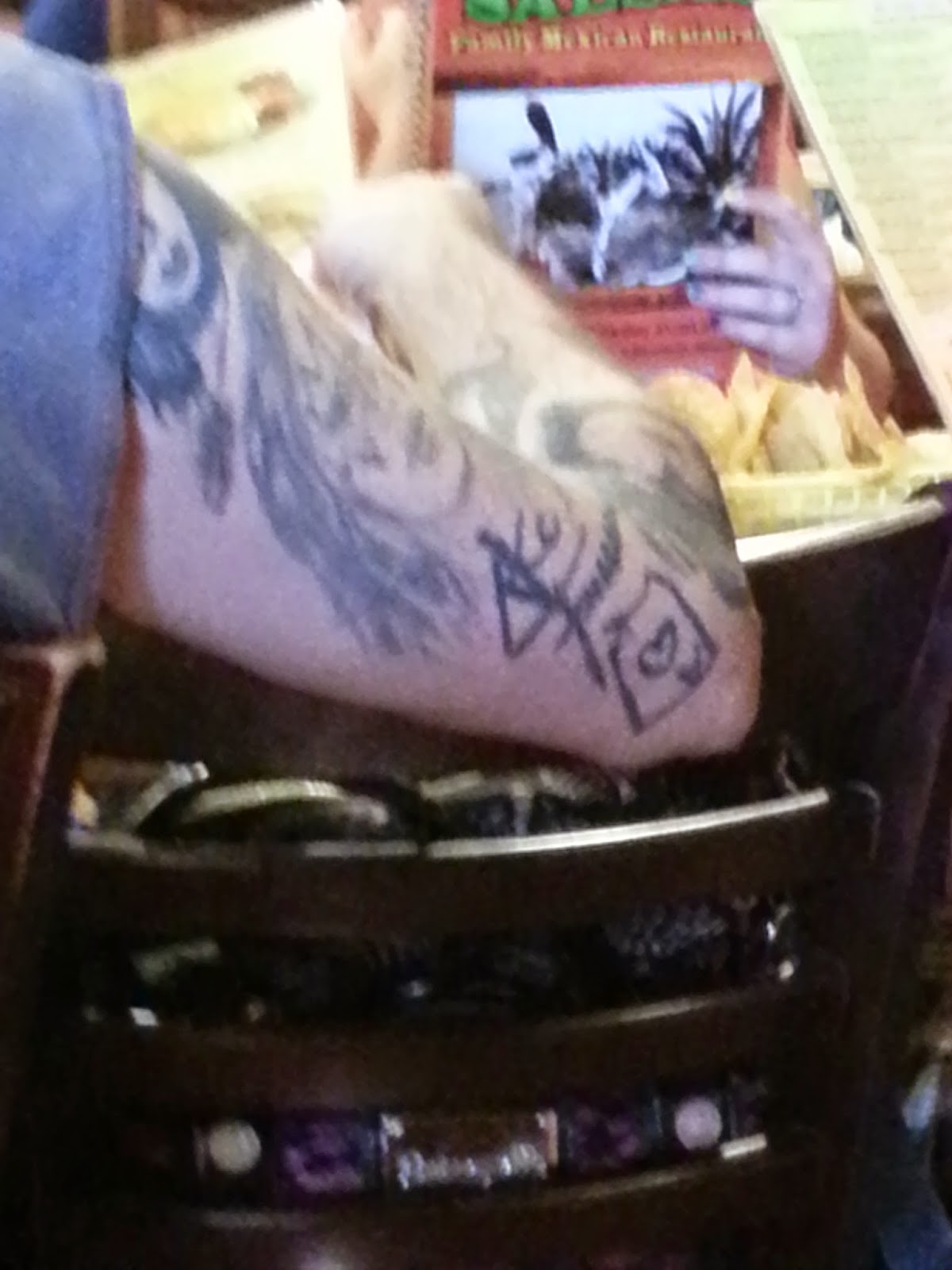 Now I’ve seen it all.  Luckily I’d already eaten before I took that picture.  The Dirty Party Cycle was not so fortunate though.  He still had to finish his big ass drink. 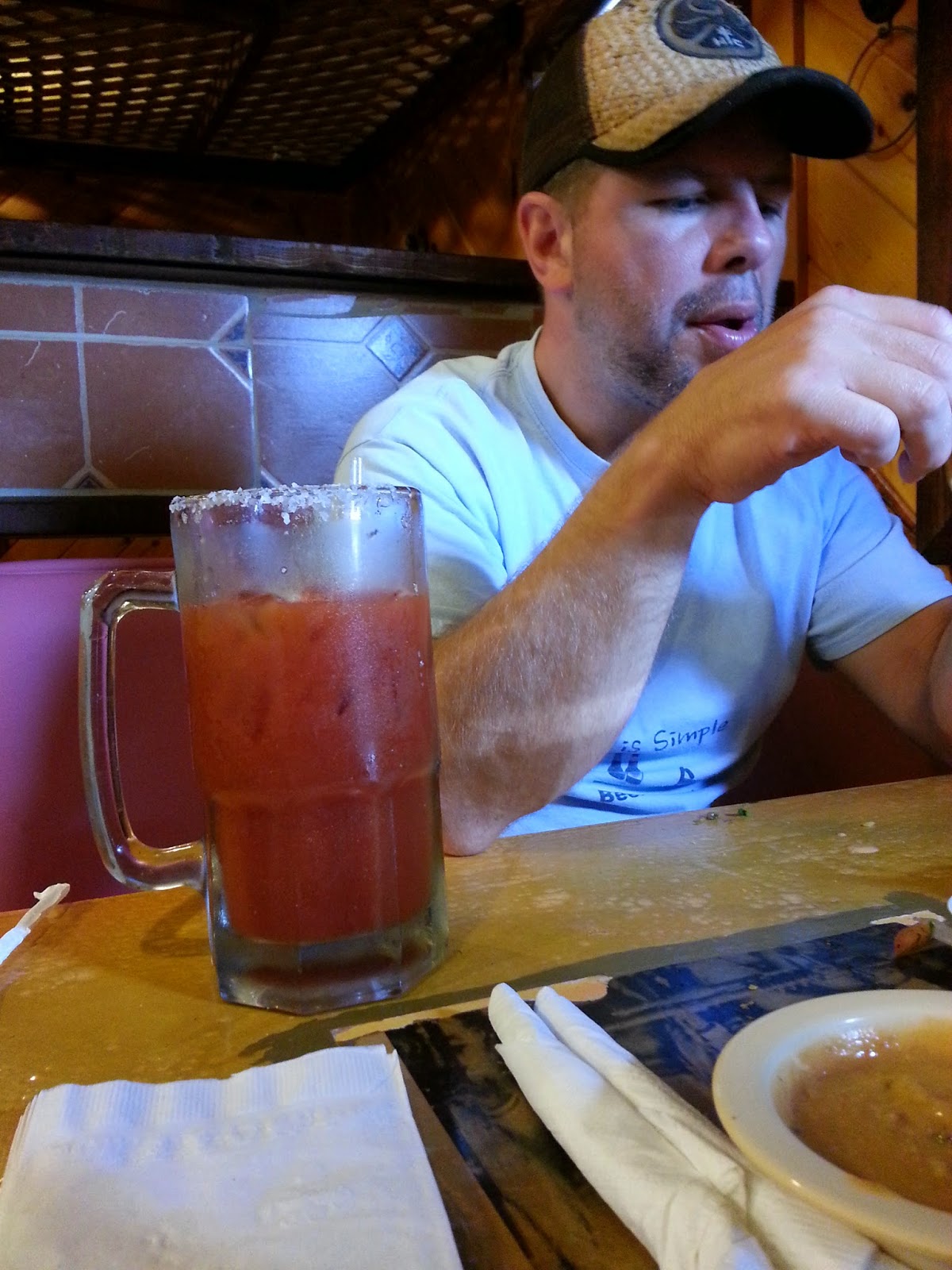 It’s good to be back here in North Carolina.
Posted by TheMutt at 8:19 AM