I had a pretty fun ride over the weekend.  But, since I had so much going on while I was away, I still want to get into the ride I took a week ago in (RVA, get it?)

Lunchbox and I had a small window to get in a ride, and we took advantage of it.  We headed over to the , which has a pretty cool trail system.  We rode there last year and got a little lost, but this year we weren’t worried about that.

We rolled up to the most crowded parking lot I’ve ever seen.  We surmised that the good people of don’t work during the day and that’s why it was so crowded.  We got ready and rolled out, crossing the to get to the good stuff.  I really dug the views. 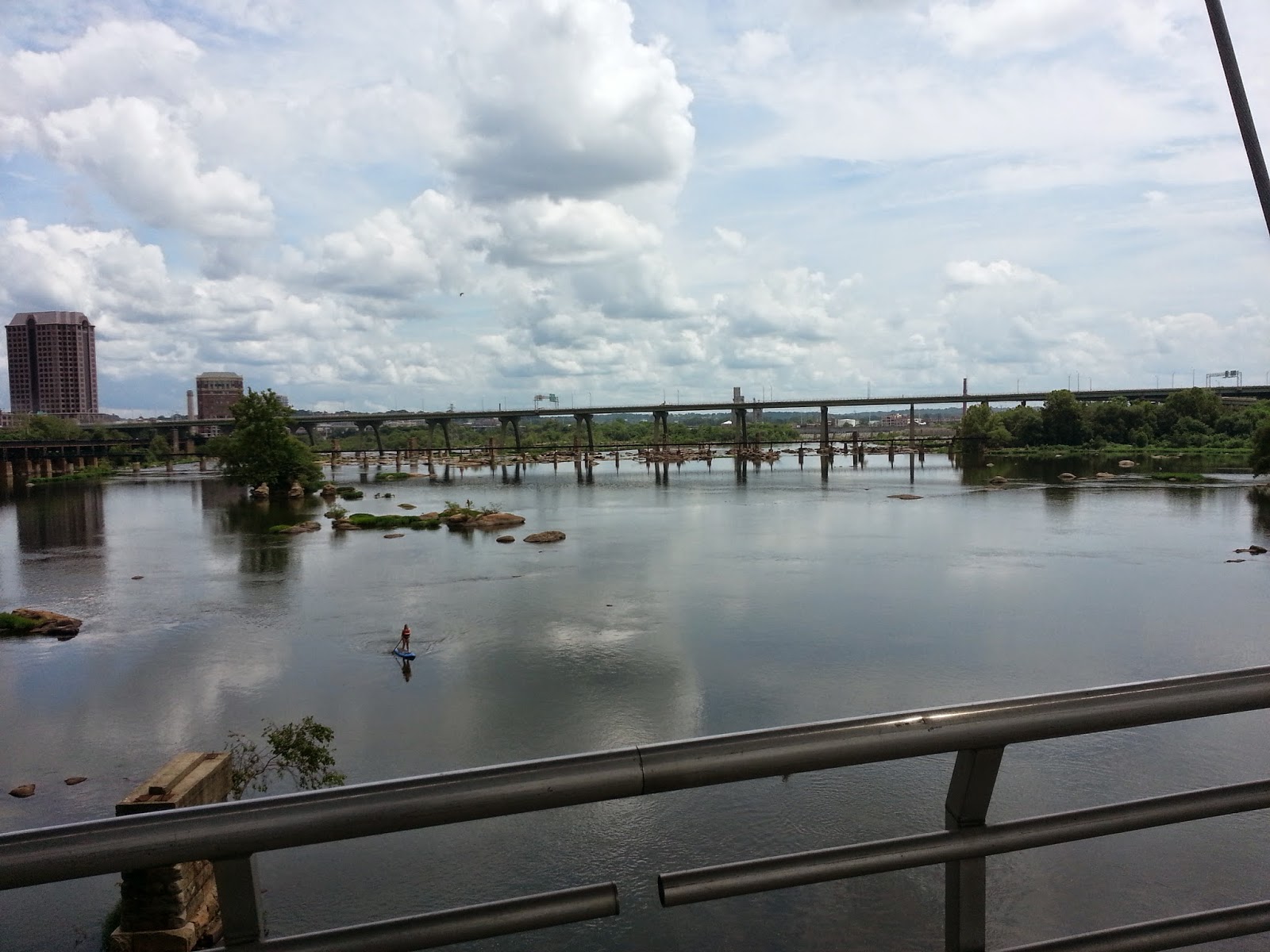 The bridge on the way over was a little crowded, and after navigating through a sea of people we made it to the other side. 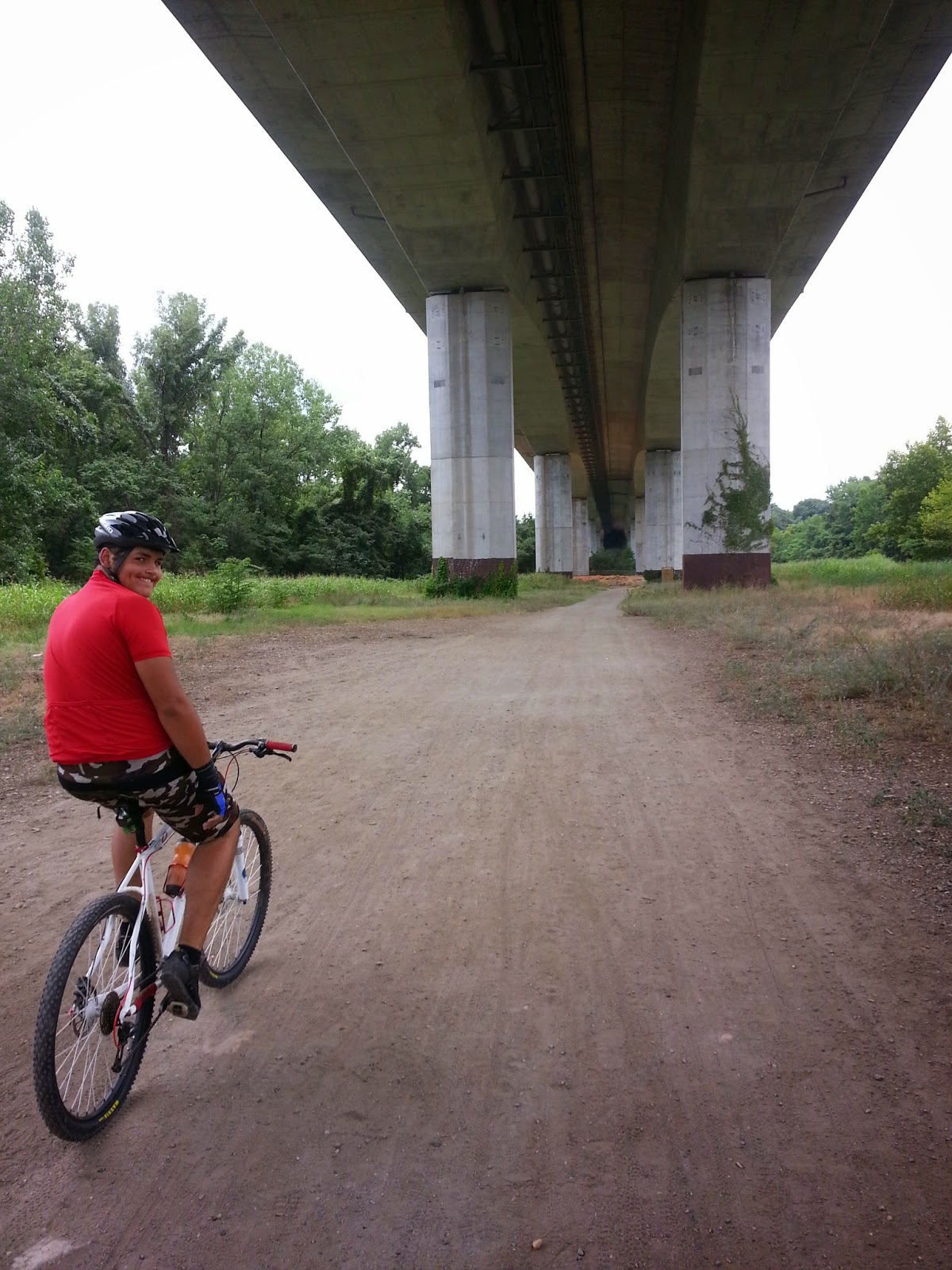 They have an awesome skills park under an overpass, so we stuck around to play for a while. 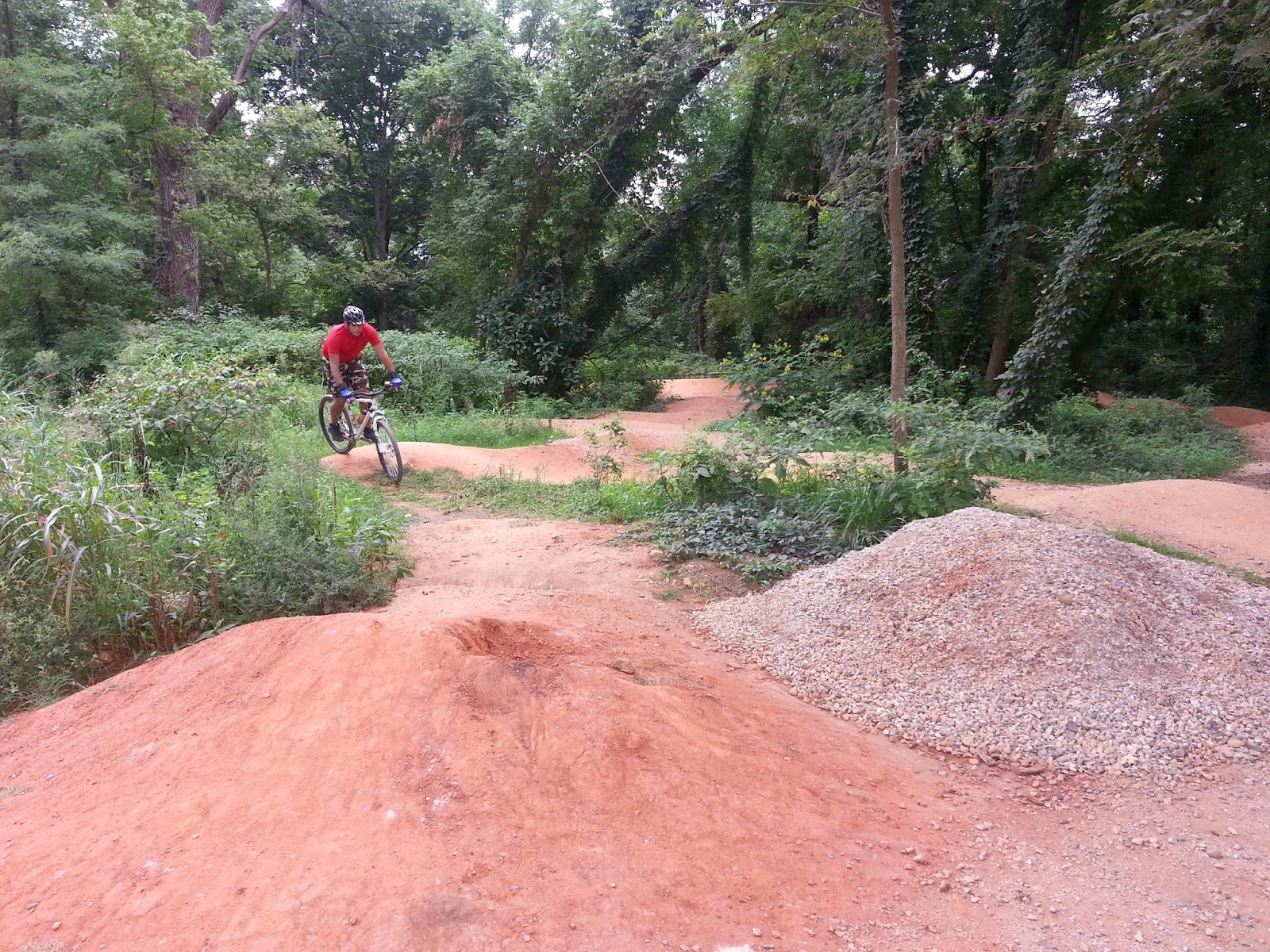 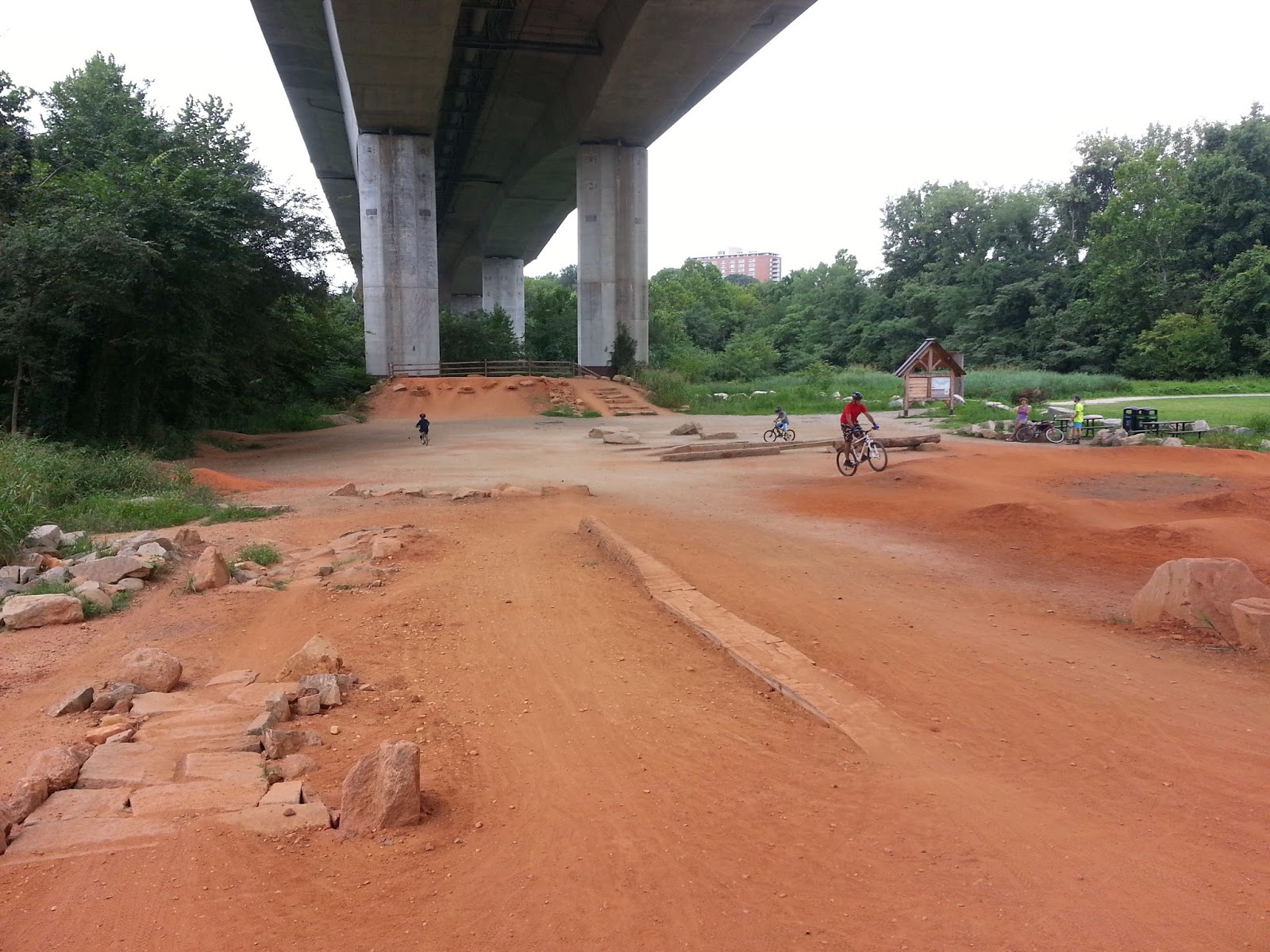 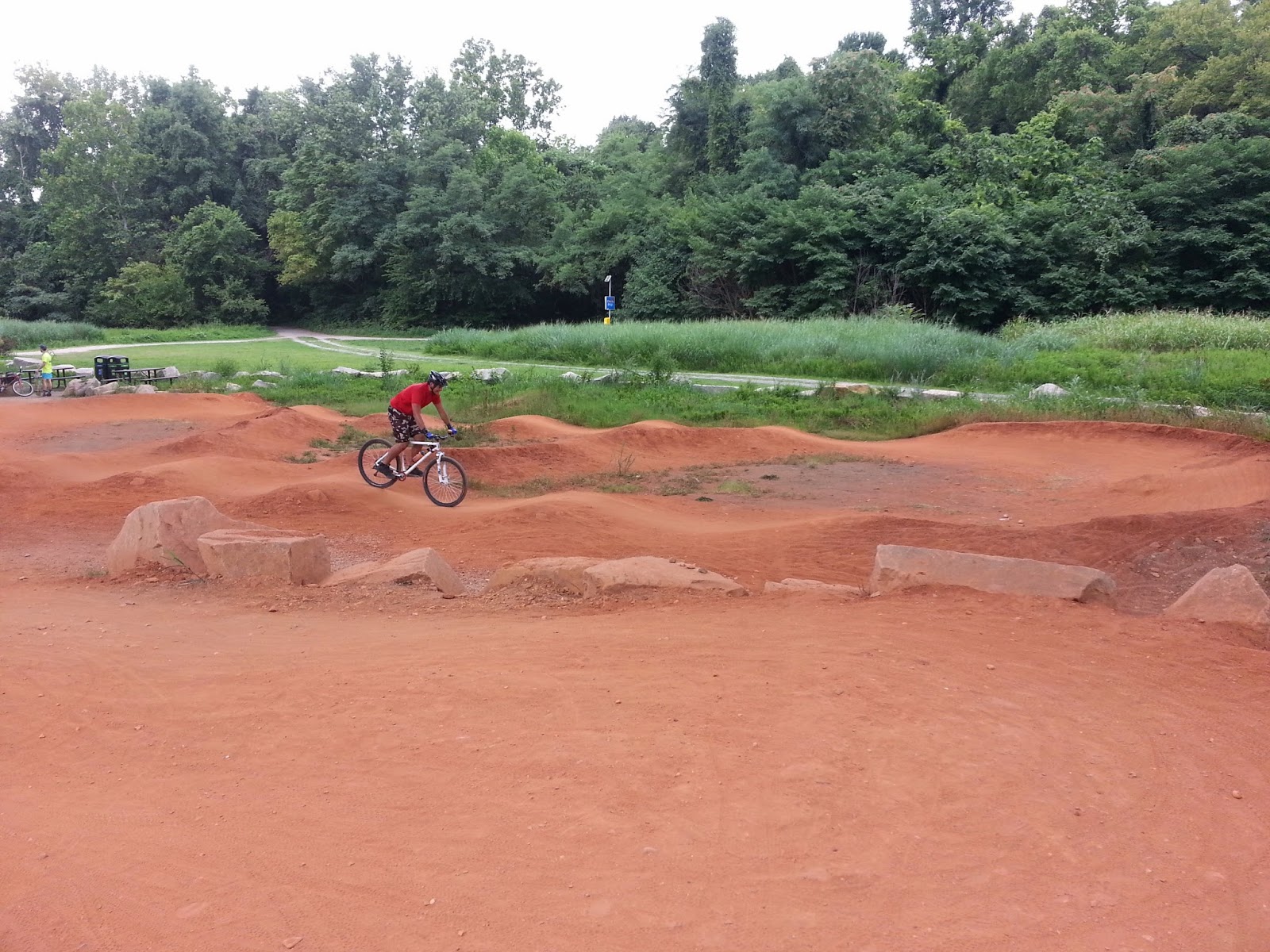 It was so rad.  My Garmin showed us riding almost two miles while we were there, which was impressive considering the place wasn’t that big.  Eventually we left, heading to the good stuff.  That place is different that the trail we normally ride. 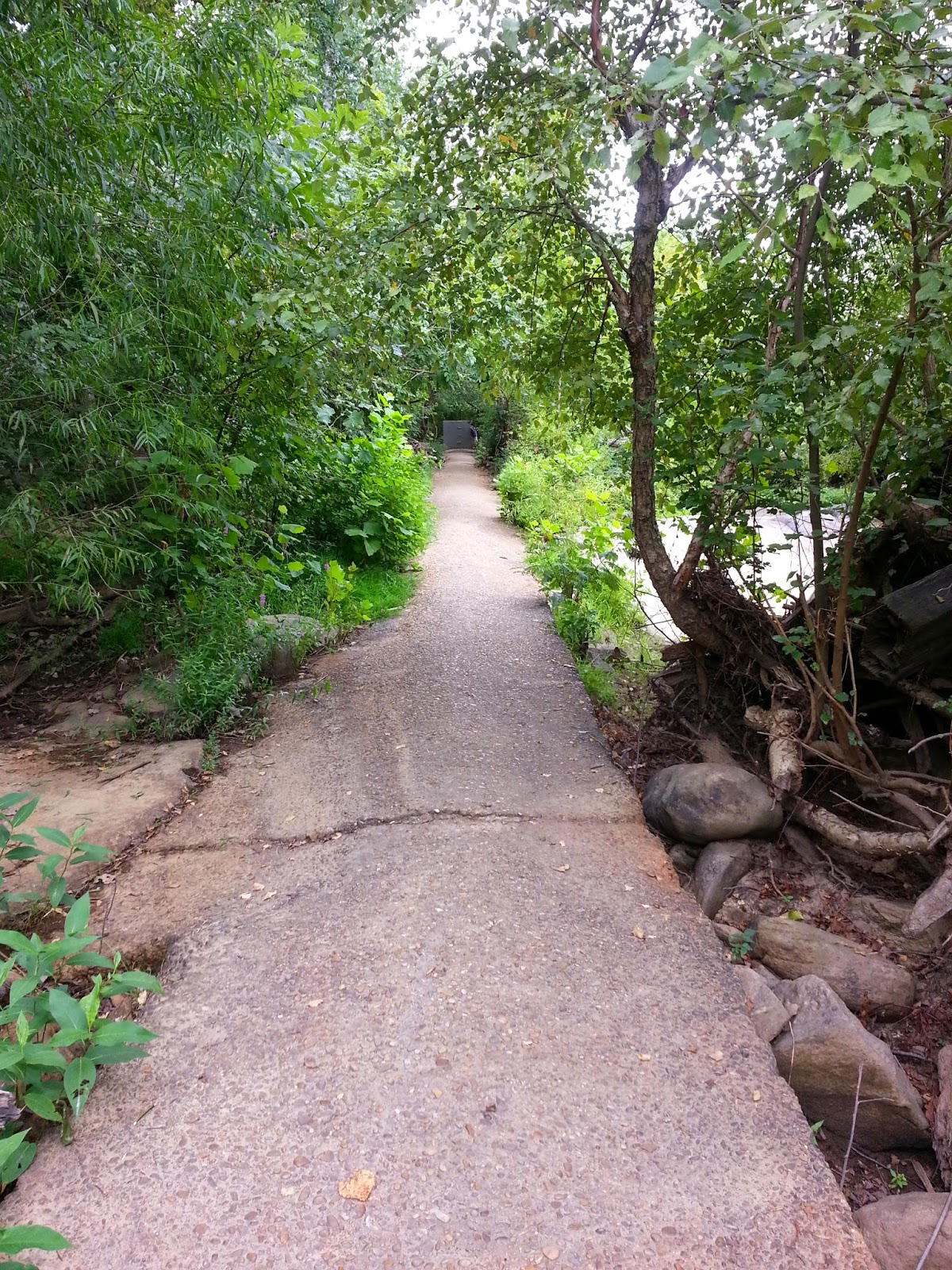 It’s not all paved, but that little path along the river was pretty neat.

We came to some railroad tracks that we had to cross, and we had to climb up a tower (and many flights of stairs.) 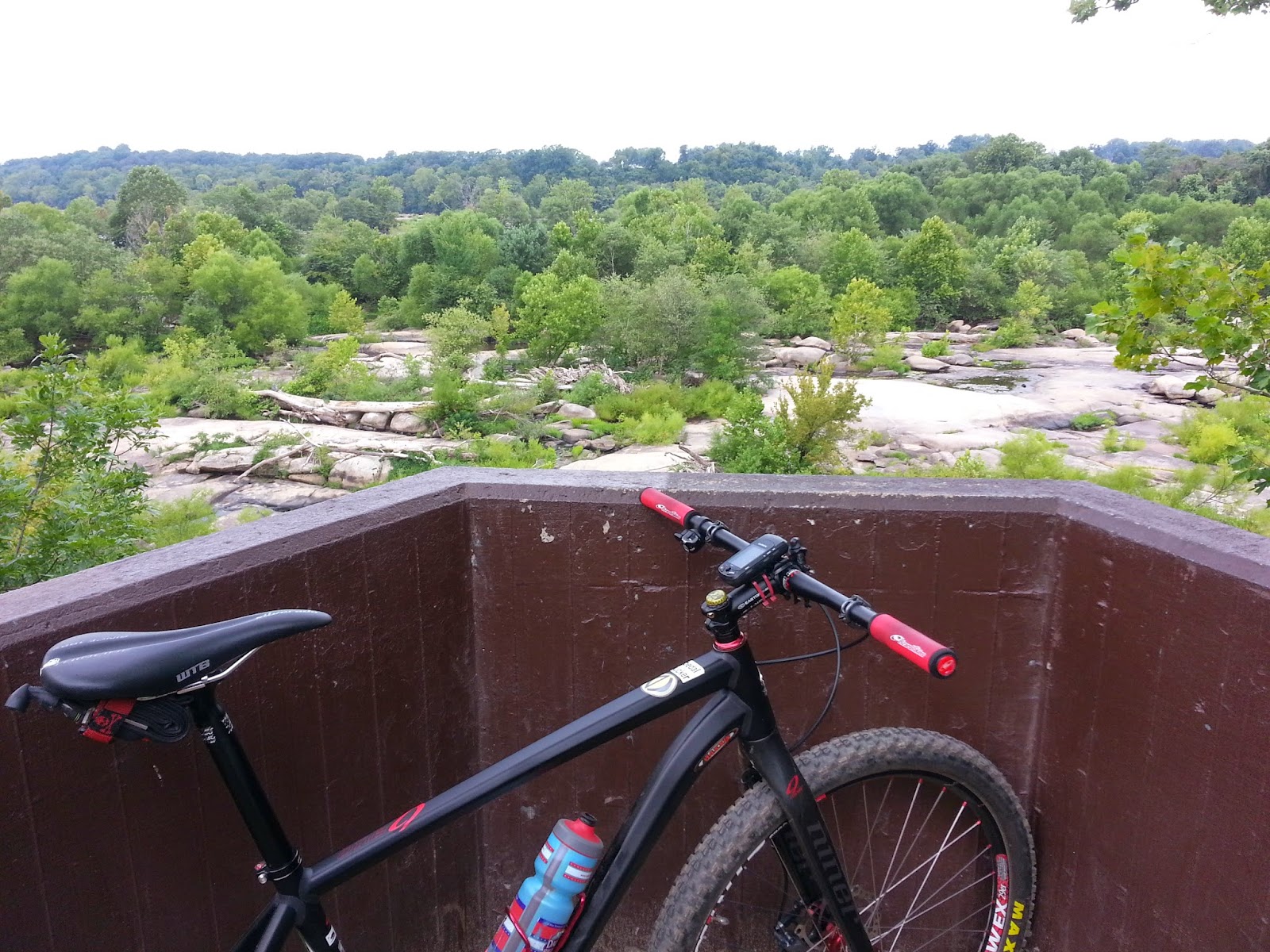 It was much safer that way. 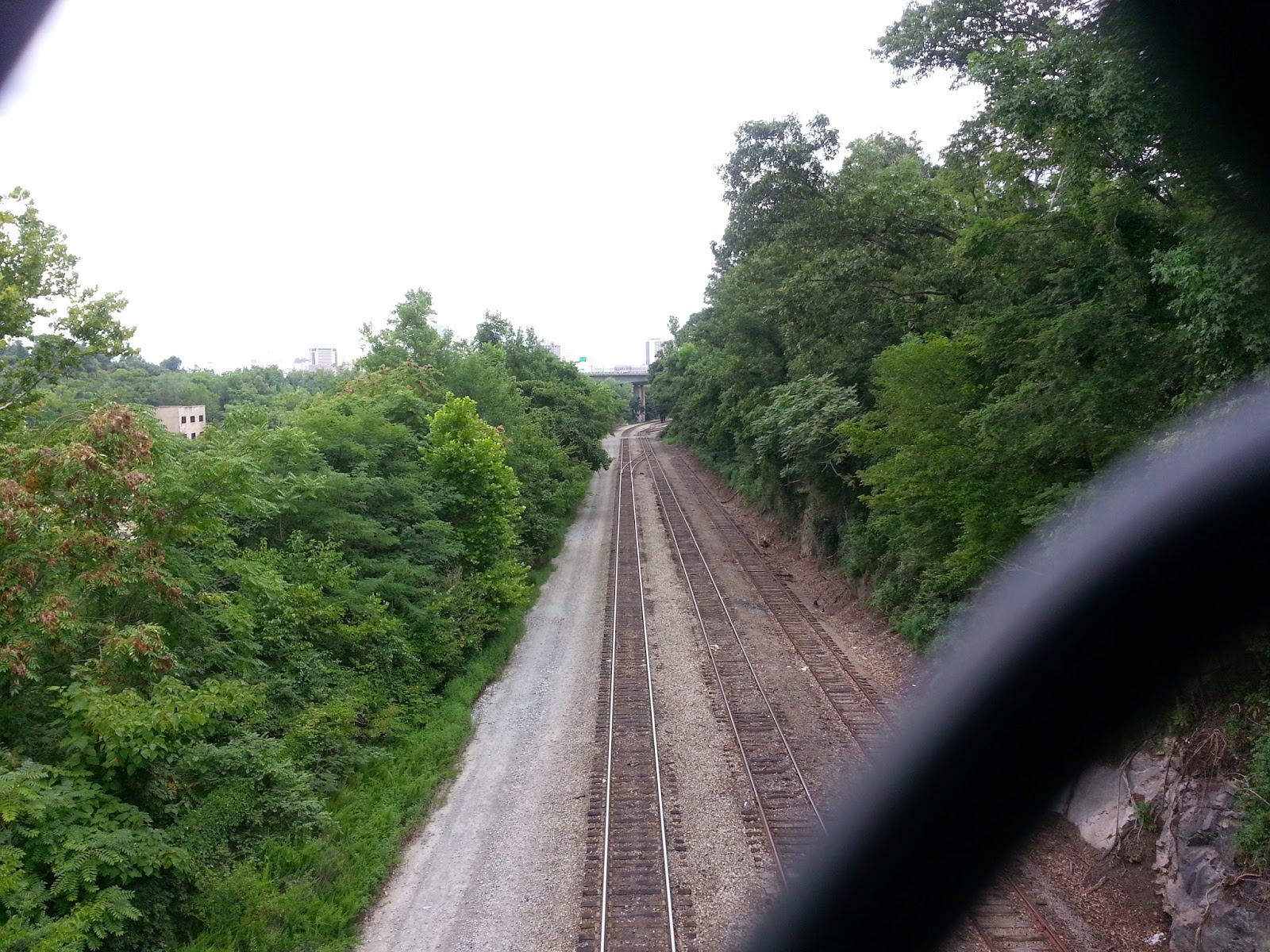 The next trail was probably the best one out there, Buttermilk. 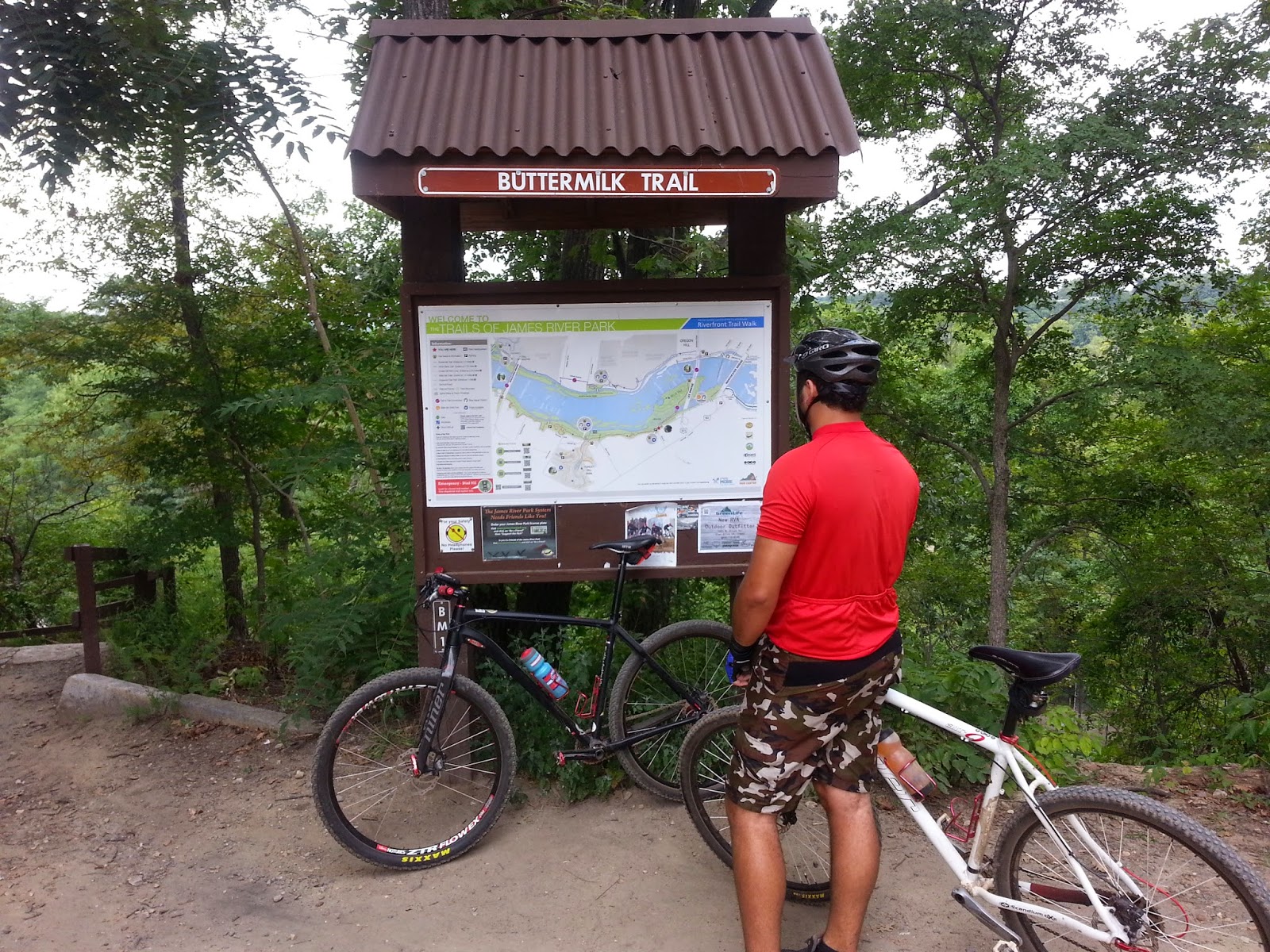 Definitely my favorite, and if you’re in the area you should make a point to ride it. 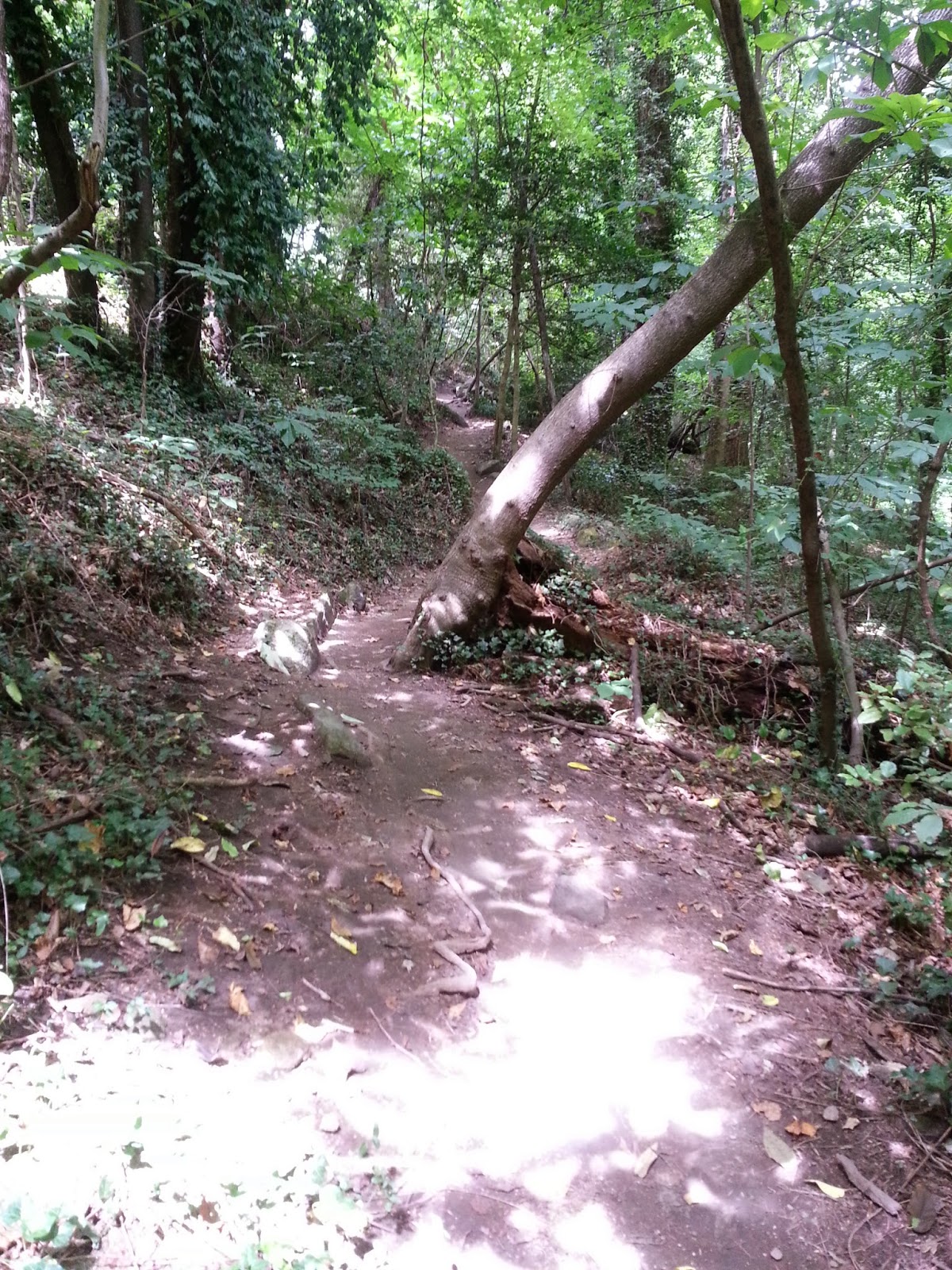 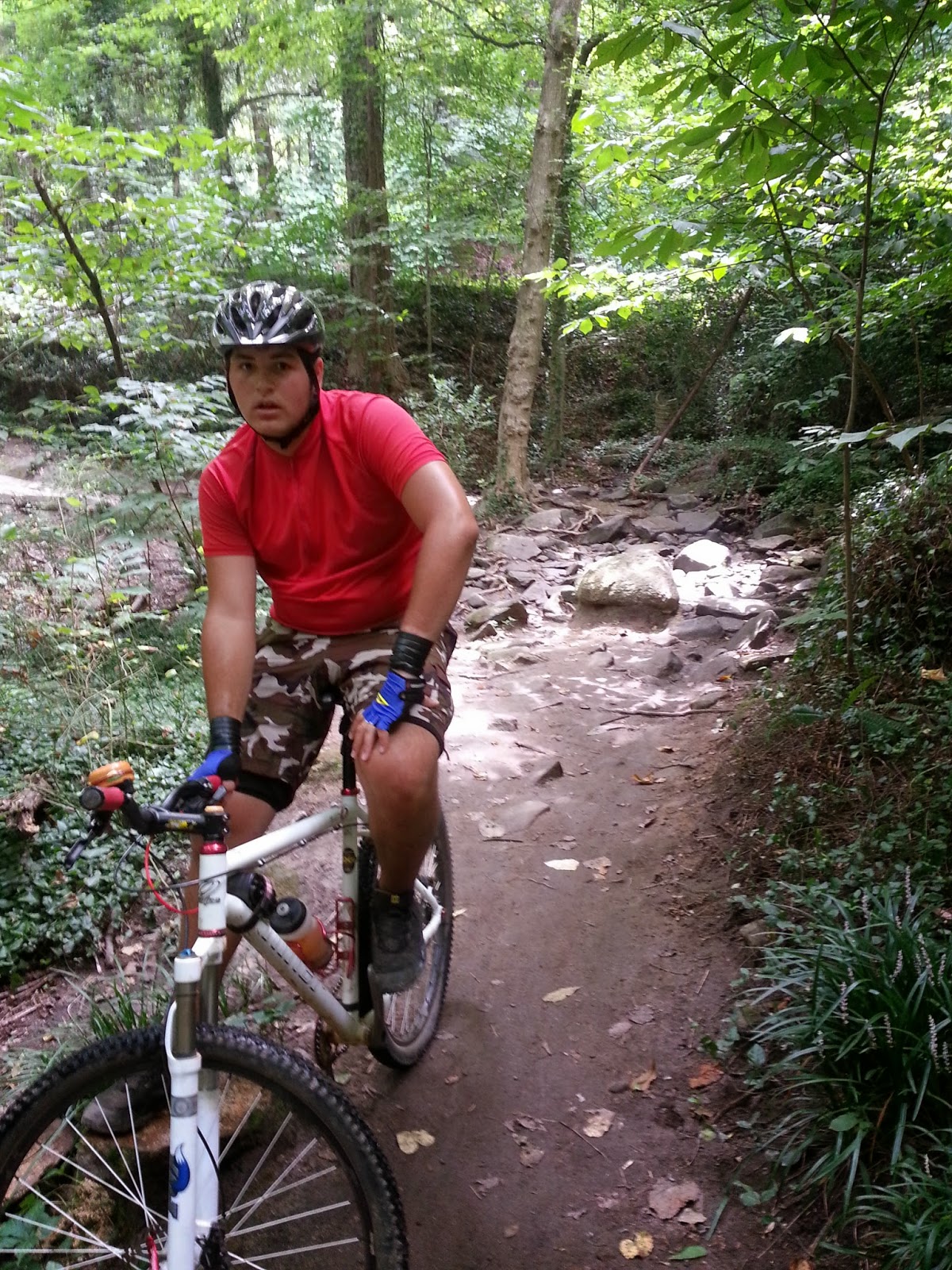 And some of the climbs will kick your ass in the August heat. 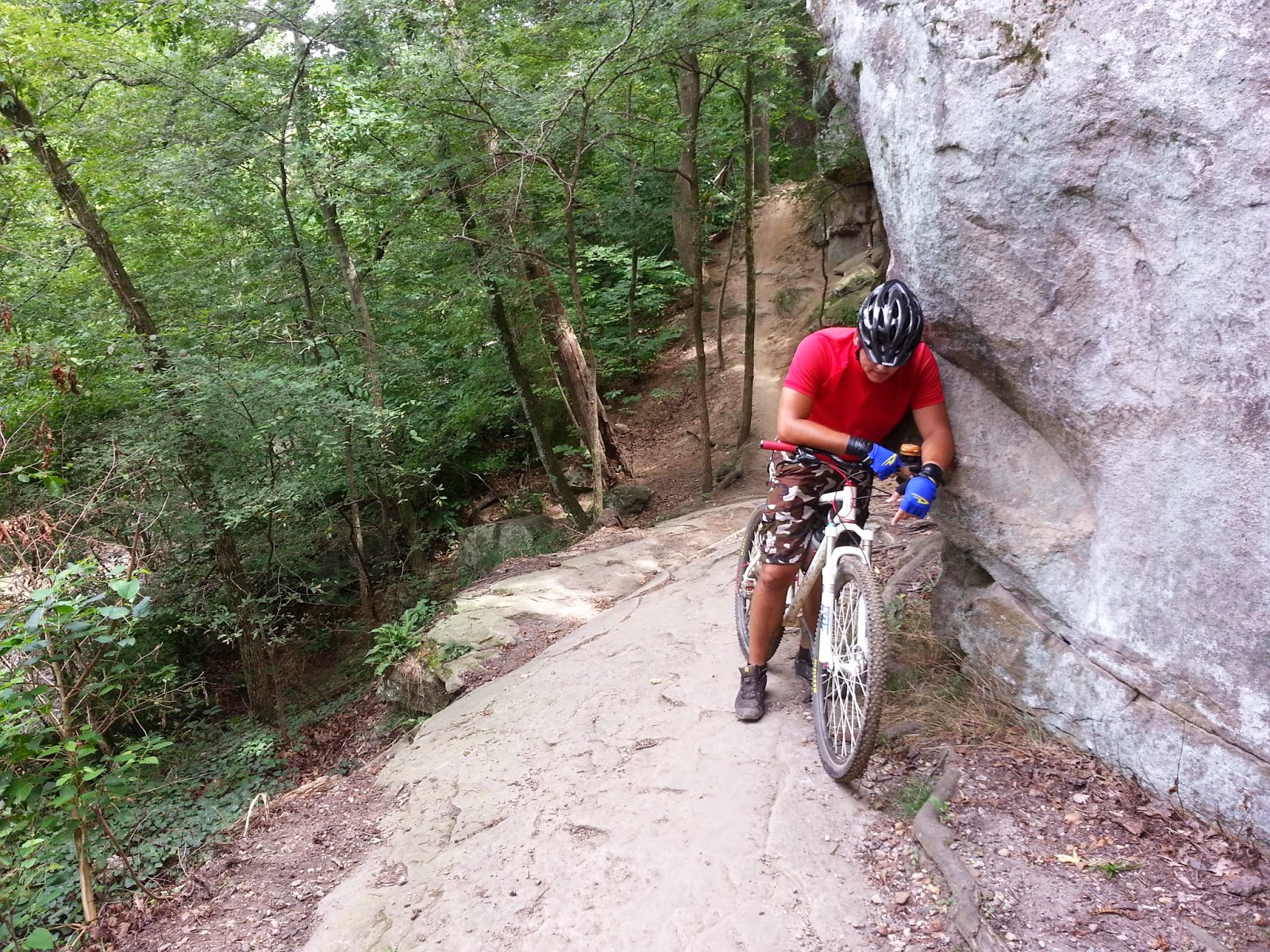 Just like last year, we had a blast.  We finished Buttermilk and hit the final leg, North Bank (as in the north bank of the .)  The trail ran through a glorious field of kudzu. 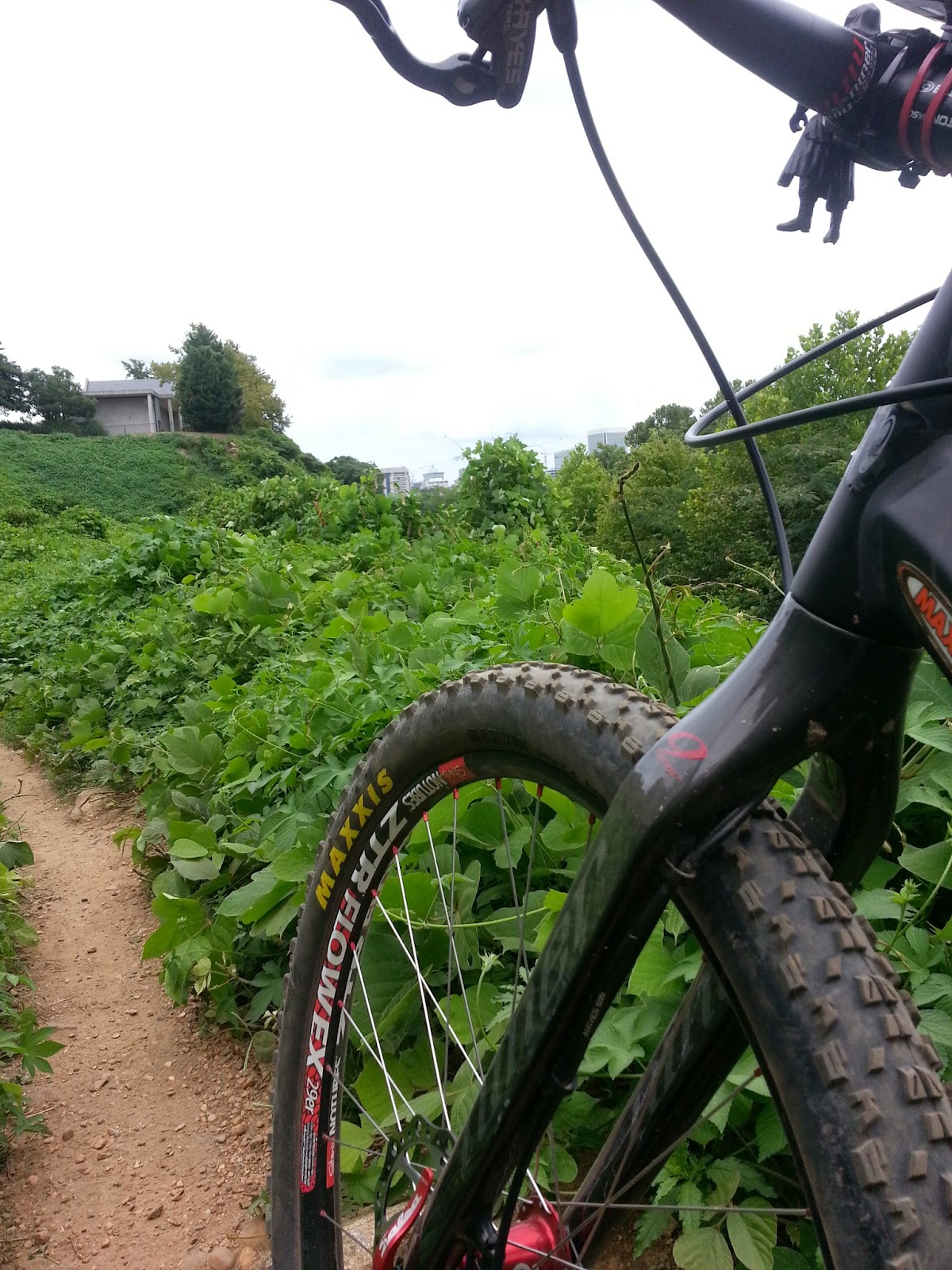 And they had a few man-made features just to keep it interesting. 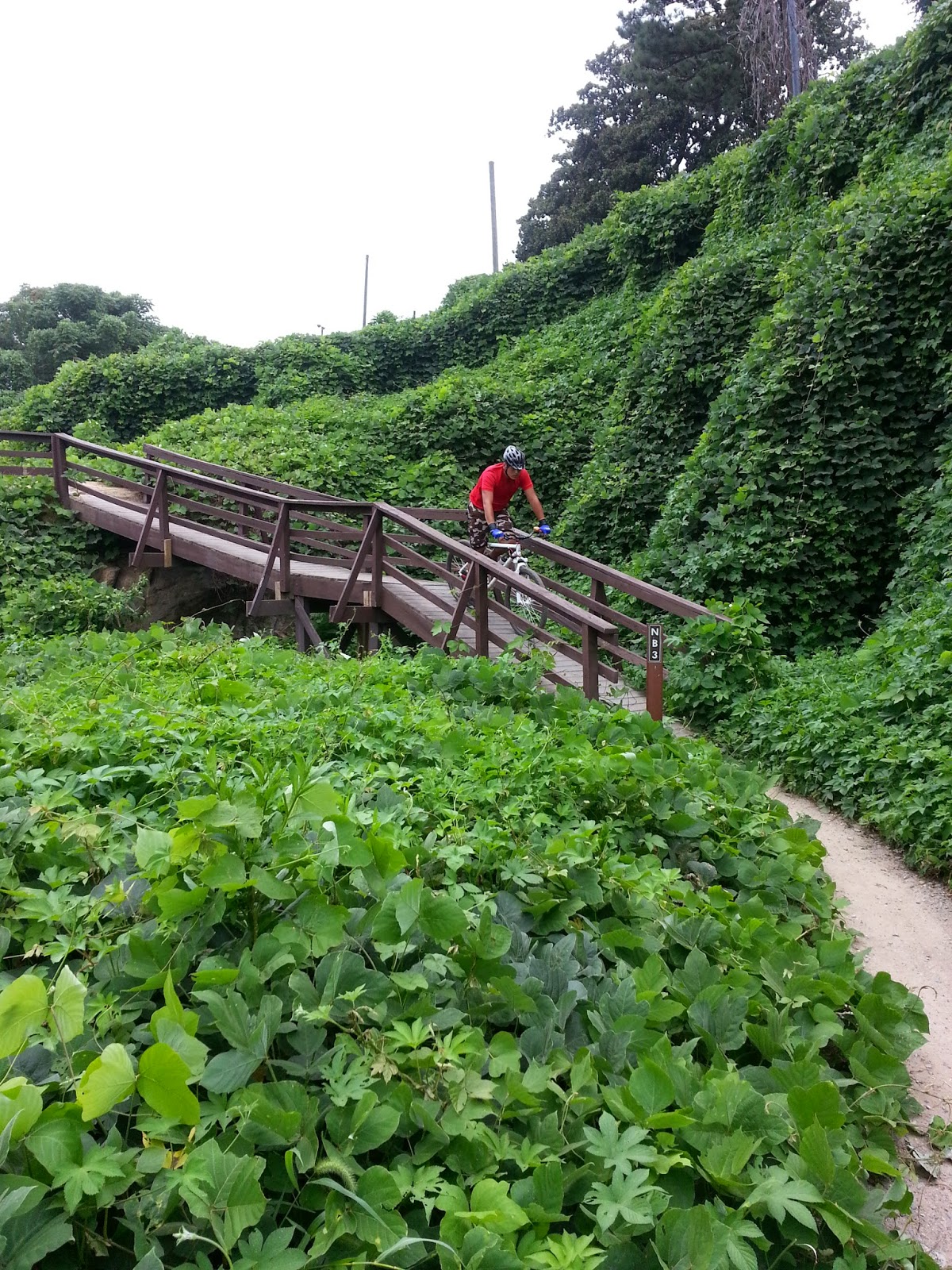 What a good ride.  Much better than last year in fact, since we didn’t get lost this time.  After our fun ride, we asked some locals where we could get some good food and beer.  A kind law enforcement officer sent us to Bottoms Up in downtown . 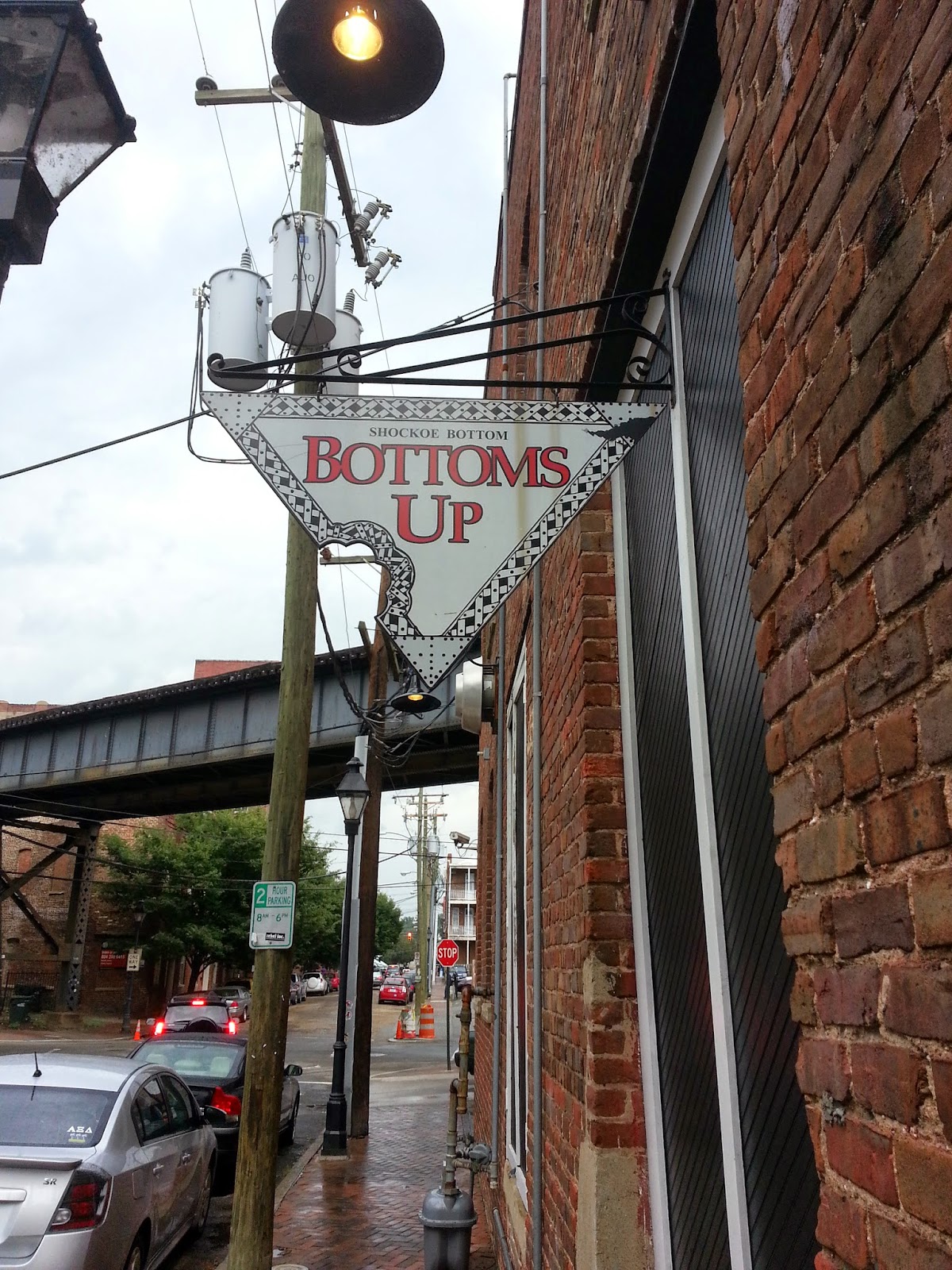 We had the biggest, fattest, most delicious pizza ever. 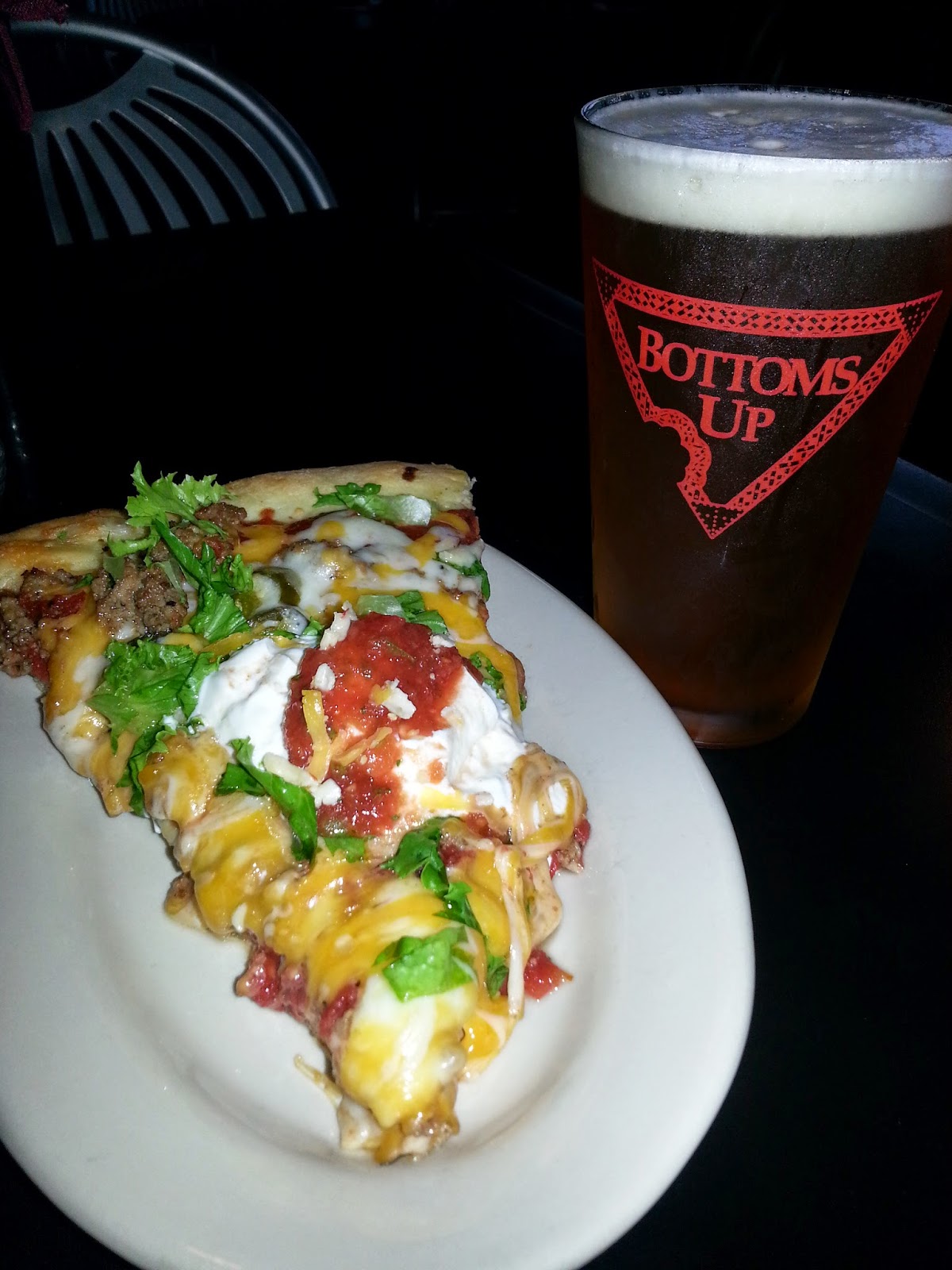 Okay, maybe it doesn't look so good.  It was though.
It was so big that my kid couldn’t finish it, despite his best efforts. 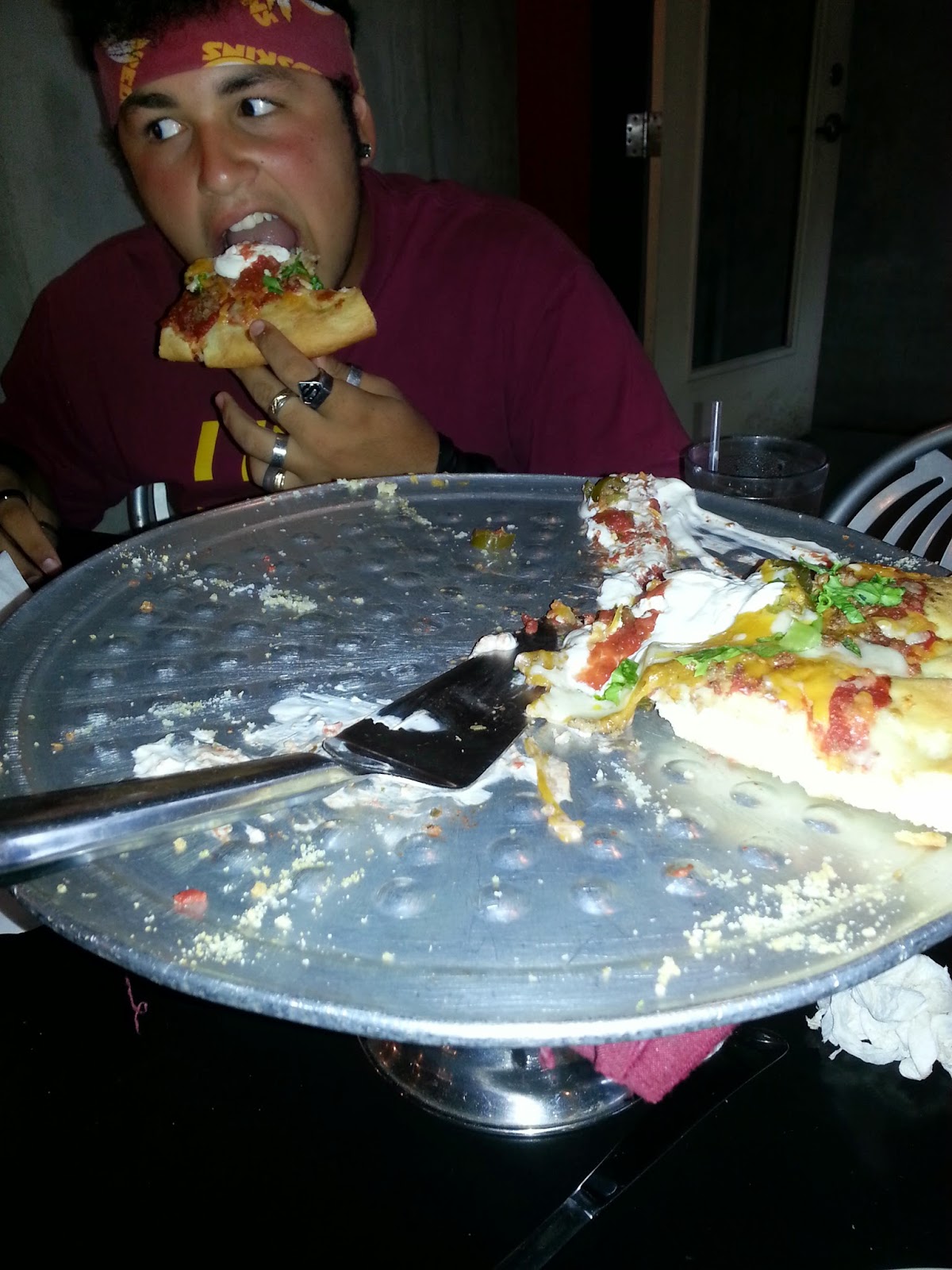 Even though we’d been there before and mountain biking wasn’t the primary reason for our trip, I’m glad we found time to ride.  This is turning into an annual thing, and I can’t wait for next year.
Posted by TheMutt at 9:51 AM