My Own Ride For Others

I had a nice three day weekend.  I did a lot of stuff, but of course it wasn't enough time.  The fact that I had an extra day off wasn't lost on me though.  I know why we "celebrate" Memorial Day.  To me, it's not for cookouts or any of that stuff, but it's okay if that's how you celebrated.  As a veteran, I wanted to do something to honor those that came before but gave much more than I did.  At first I wanted to go the National Cemetery up in Salisbury but that would have required driving.  I wanted to do a bike ride of some sort (and didn't have the legs to go that far and back), so I eventually decided to ride down the the Mecklenburg County Vietnam Memorial.

I took off out of the house a little later than I wanted to, but that's okay because I pretty much had all day if I wanted.  I rolled out of my neighborhood and said a quick hello to some of my friends. 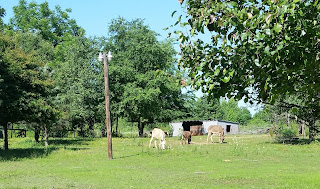 My route into the city is pretty easy, and without even trying I was making good time.  That is, until I got within sight of the tall buildings.  I heard something that sounded like whistling, so I stopped for a minuted and noticed that I had a flat. 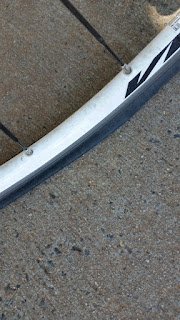 No problem.  I looked in my bag and found a brand new tube and some co2.  I changed the tube and when I went to fill it, I realized that I had forgotten to put an inflator in the bag.  Shit.  With almost two miles to my destination and no bike shops open nearby I had to figure out what to do.  I briefly considered calling the little lady for an extraction, but she was on call for work and I didn't want to bother her.

So I did what any former soldier would do...

It was hot outside already and my shoes weren't exactly made for walking.  Still, I pushed on, considering that my little bit of suffering was nothing compared to those that I was thinking about on my ride.  Besides, the views were sorta nice. 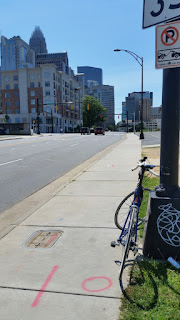 It didn't take too long (maybe 45 minutes?) and I had made it to my destination. 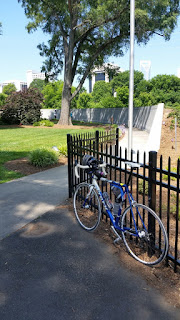 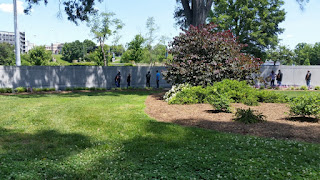 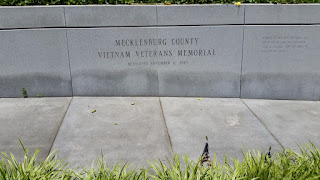 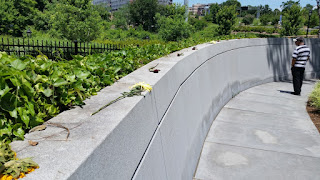 The monument honors Vietnam Veterans from Mecklenburg County, and it also lists the names of those from here that lost their lives in that conflict (think smaller version of the one in Washington.)  I walked the entire length of the wall, and I read all 105 names on it.  I must be getting soft in my old age, but it brought a tear to my eye.  I was definitely moved.

While I was there, a group of bikers rolled up (motorcycles) and I chatted with them.  One thing I've noticed about bikers is that many of them are veterans, and they do quite a bit to honor those that served.  They told me that they do this every year.  Awesome.

I'd spent quite a bit of time there until I had to get back to reality.  I still had a flat, no air to fill up my tube, and I was far from home.  Again, an extraction was out of the question (because I'm stubborn) so I walked over to the local department store to see if they anything to help me.  On the way, I was mocked by some local wildlife. 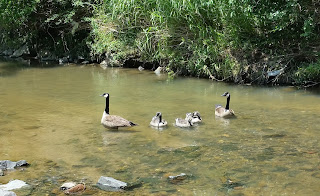 I walked inside the cool store and I found a little shitty (but expensive) air pump and bought it (along with a snack and something cold to drink.)  I sat on a bench out front and attempted to fill my tire. 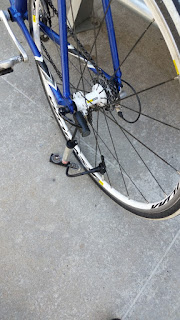 The gauge said it would go up to 120 p.s.i. but I had trouble getting it to 60.  That would have to do.  I hopped on my bike and rode away, trying to keep my 230 pound ass off the seat so I wouldn't get a pinch flat.  So far so good.  Since I was still in the area, I stopped back by the wall one more time... 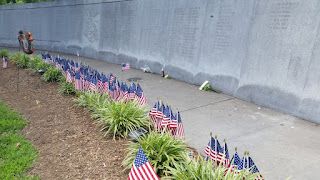 Then I hopped on the greenway and started to make my way home. 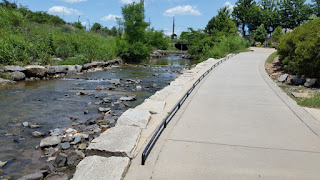 The ride home was nerve wracking.  Every time I would go fast downhill, I imagined my tire giving out and sending me crashing to the pavement.  That didn't stop me from taking a selfie though. 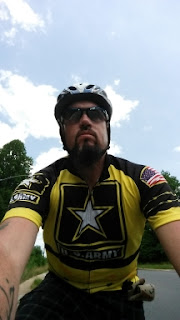 Just before I got home, I made a slight detour to the local VFW and chatted with some fellow veterans.  These guys were from the Vietnam era, so they talked about their experiences and the friends that they lost.  They were very welcoming, even offering me some food and a beer.  I declined since I had to get home to my own beer.

After many more hours on the road than I had planned, I made it home.  I parked my bike, grabbed a beer, and sat on the deck with my buddy Carl. 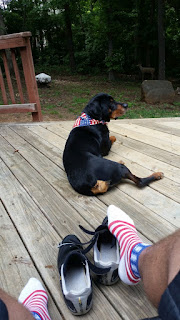 It wasn't a "happy" Memorial Day but it was a good one.  I think I'll do this every year from now on.
Posted by TheMutt at 8:23 AM