The Best Race I Didn't Do

I've been busy again.  Work stuff and all that.  Blah, blah, blah.  Last week, I told you that we had a race coming up at Fisher Farm for the North Carolina Interscholastic Cycling League.  Well, that's what I spent my weekend doing (and this week recovering.)  I worked harder all weekend than I do a whole week at my real job, and this stuff is much more fulfilling.

Yes, it's that cool.

Saturday.  Get up early, drive thirty minutes up the road and meet the rest of the race crew.  I spent most of the day getting my stuff ready for the next day, then the rest of the time I was out on the course to make sure everything was safe and the marshal points were marked.  It was hard work, but at least I was on my bike. 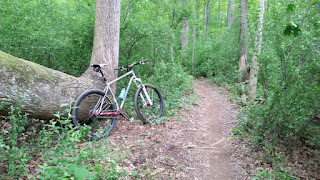 I ended up staying late, not getting home until 9:00 p.m.  That wouldn't have been to bad normally but I had to get up even earlier the next day.

Sunday.  Race day.  The alarm went off a little before 6:00 a.m., which for some reason seems extra early on a Sunday.  I roll into Fisher Farm right at 7:00 a.m. and immediately started making new friends. 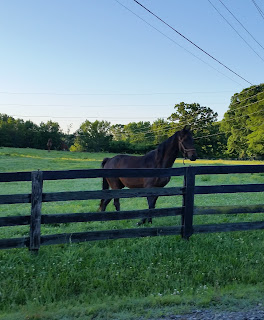 I was still sorta asleep when I got there, but the 32 ounces of high octane coffee I drank finally kicked in and I was suddenly full of energy. 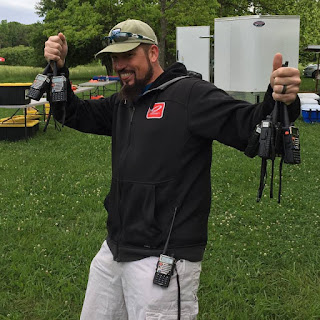 The first race doesn't go off until 9:30 a.m., but I was crazy busy getting my stuff together.  A big part of my day was training the course marshals... 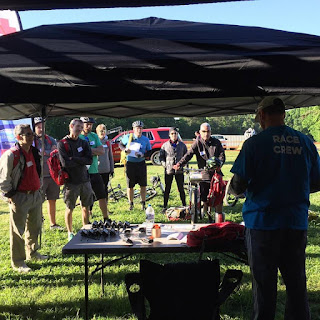 Before I knew it, my folks were out on the course and the waves of racers started going out.  I was busy communicating with my peeps on the radio, and the only "action" I saw all day was mostly from a distance. 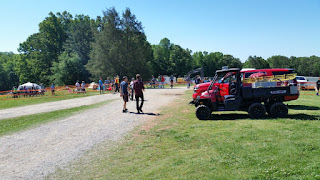 Another long day.  It was successful though.  We're making history here in North Carolina and I'm happy to be a part of it.  After the awards and all that, we broke the course down and reflected on what we'd all accomplished.

And then I found a whole tray of pickles among the leftover foodz. 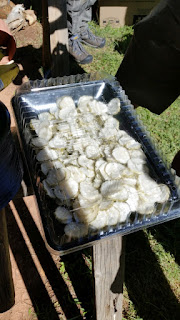 Which I promptly gave to Eastwood... 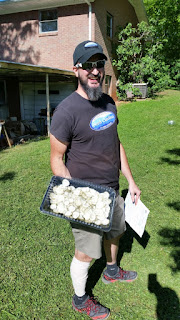 Because he loves pickles more than blogging (which he used to do once upon a time.)

What an awesome weekend.  I'm still tired from it.  And I wouldn't change that for anything.

Luckily we have another one coming up in less than two weeks.  Maybe I write another blog post before then.  Maybe I don't

No time to blog with so many pickles!! Glad you are part of the team, what a great weekend it was!!