These days. I'm not as regular as I once was.  I'm talking about blogging, not dietary issues. Sometimes, I don't post because I'm busy.  Or don't have much going on outside of work.  Or, I just plain forget.  The last one is true lately, because I forgot to mention that I'm now part of something pretty damn awesome.

Yes, I'm part of the race crew for the North Carolina Interscholastic Cycling League.  Since I "retired" from cross country racing I'd been looking for something more fulfilling that involved bicycles.  And yes folks, I've found it.  We've already had one race, and the next race is the series is this weekend.  It's a state-wide race series for middle and high school kids,but this particular race happens to be local.  This past Sunday, we teamed up with the Tarheel Trailblazers to get the course ready for the big event.

So yeah, I got out for some trail work. 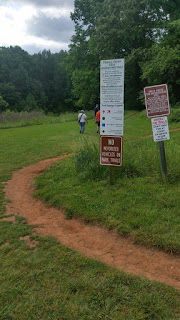 We walked most of the race course and spent a little time clearing some drains.  Luckily though, there wasn't much to do in that department because that trail is one of the best maintained in the Charlotte area.  So, we moved on, cleaning up a "new" section that cuts the course a bit to keep us within race standards for the league. 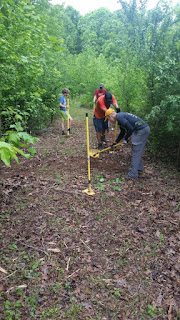 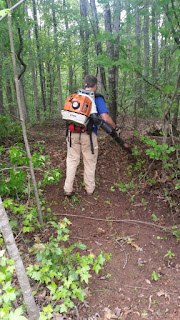 Once we finished there, we hit the rest of the trail to address any problem areas.  It was nice to see so many folks out there for a work day. 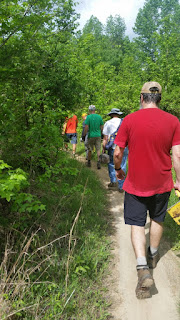 Our volunteers worked hard in the hot sun for hours... 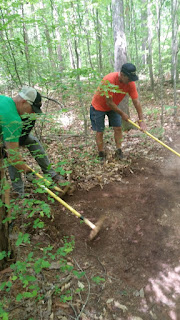 And some people even got to use fancy machinery. 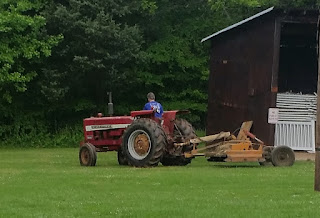 When it was done, we got off the trail and talked about what we'd accomplished.  We had a good turnout and I think everyone had fun (despite the hard work and the heat.)

I wasn't done though.  A few folks wanted to ride, and I sure as hell wasn't gonna pass that up. 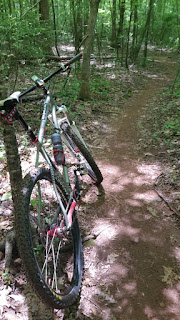 The North Carolina Interscholastic Cycling League is an awesome thing, and I'm proud to be a part of it.  A lot of people keep saying, "I wish they had this when I was in school."

I hope to see you out there!