29er And Awesome Love, Among Other Things

So now that I've bored you to death the last few days with part of my upcoming race schedule for next season, I’ll change the subject a little bit. 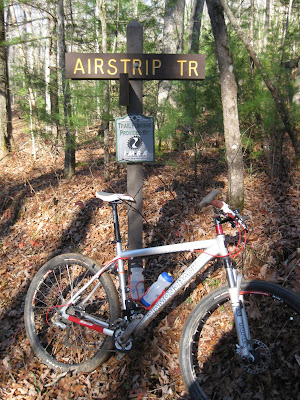 This is my 29er, The Big O. You've seen it before, but whatever. It’s called The Big O because it has big wheels and it’s a Diamondback Overdrive. Since I’ve been riding it for a while though, the “O” could probably stand for something else because of the way it makes me feel on the trail (get your mind in the gutter to figure it out.) After making the transition to clown wheels full time, my riding ability has improved tremendously. I love how the bigger diameter wheels roll over everything easier, and the ability to keep my speed up is incredible. I will probably bust out the small, squishy bike every once in a while to play around, the The Big O will be my weapon of choice for most every ride from now on. 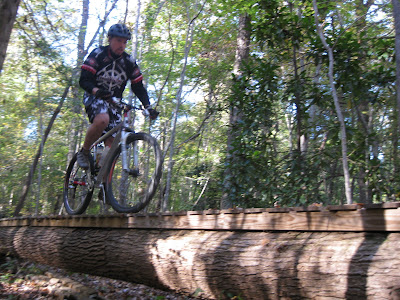 Why am I bringing this up? Because this is my blog and I can talk about random shit if I want to. Actually, when I rode last weekend with The Dirty Party Cycle, I watched and listened as he rejoiced over his 29er. His skills have improved, and even his confidence is way up. He kept talking about how great it was to have much bigger wheels and how much of a difference they made. I didn’t have to listen to him, since I could actually see it while he was riding. I’ve been riding bikes with The DPC since I started this shit, and while we’ve both gotten better over the years, making the jump to big wheels has definitely raised the bar. 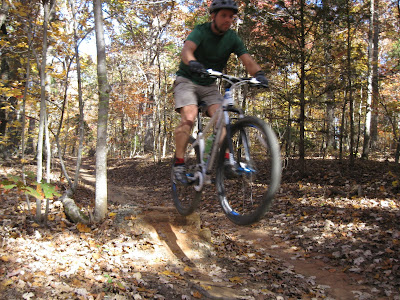 One thing from our conversation that really stood out was when he mentioned that maybe bigger wheels would be even better. He said, “I wonder what would happen if we rode wheels larger than 29ers?” We both had a good laugh, but he was dead serious. While perusing The Internets da udda day, I stumbled upon an article from Guitar Ted. Here’s a photo of what I’m talking about: 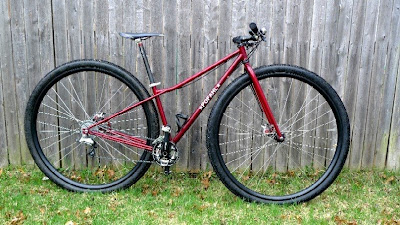 Here is a link to the article:
A “Bigger” Big Wheel?


Holy shit that’s a big-wheeled bike. While I don’t see myself getting one of those beasts anytime soon, I totally understand the concept. If 29 inch wheels are better, then wouldn’t 36 inch wheels be super-better? Sure. Or probably. I don’t know. Maybe The Dirty Party Cycle can get one to try out. That would make for an interesting ride for sure. Either way, bigger wheels are better. Since you probably don’t want to look ridiculous on the trail, you should just go with the 29er for now. Go check out Bike29 and buy yourself something nice. You can keep George busy this holiday season, especially now that he has a brand-spankin’ new computer.


Back to the ride from last weekend, I forgot to mention that I actually did a little “product testing.” My new and improved Awesome Strap was along for the ride, but I forgot to give a report on it. That's because I actually forgot it was there. The new and improved design holds on much tighter than the previous model, so I didn’t worry about it for even a second. It didn’t move at all on my seatpost, but I wasn’t really surprised. The folks at Backcountry Research have done it again, making yet another awesome product. The old design worked well, but the new ones are better than perfect. I am a happy camper. 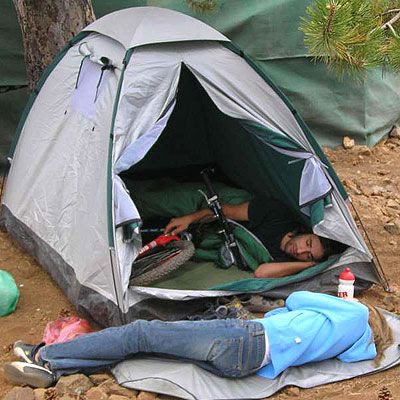 Did you order one yet? Why the hell not? You know I’m gonna keep talking about it, so just go ahead and get one. You can still get the Stocking Stuffer Vital Deal if you act now, or you can get the Whammer Deal. It would be the perfect gift for that saddle bag loving mountain biker on your Christmas list.
Posted by TheMutt at 8:21 AM