Maybe I Should Start Getting Serious 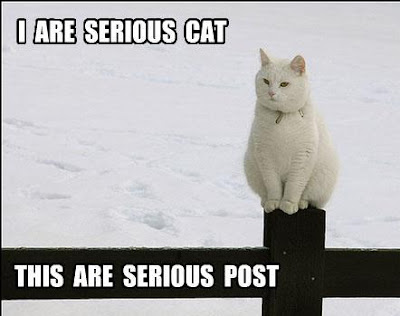 Yesterday I got an e-mail from the local race promoter regarding the upcoming Winter Short Track Series here in Charlotte. I knew the series was set to kick off next month, but I hadn’t really though much of it until I saw the e-mail. I guess that made it real.


If the series started this weekend, I would be in a world of shit. I haven’t been riding very much at all, so my endurance is definitely in the shitter. Sure, I can blame it on the fact that I broke a rib just as I was about to embark on an offseason training program, but that would be mostly bullshit. I’ve still been physically able to ride, but I’ve chosen to drink beer in the warm confines of my domicile instead of freezing my nuts off out on the trail. I guess there’s still time to “train”, but who knows if I will get off of my ass to do it.


I usually view the Winter Series as a training tool anyway, and also as a reminder of how out of shape I get in the “offseason.” It didn’t take me long this year to put on that extra 5-10 pounds of weight, and now I’m pretty far off of my “racing weight” of 225 pounds. Who gives a shit, right? I mean, I’m a clydesdale anyway, so I’m supposed to be heavy. Well, every little pound counts I guess, so I should probably do my best to get the weight off before the season starts. I’m still gonna be a heavyweight no matter what, and the only way I could get under 200 pounds would be to cut off one of my legs. Screw that, I need them both so I can pedal (slowly) in my races.


So yeah, maybe it’s time to get serious. Not too serious mind you, but perhaps I should train a little more. During the season I can drink all the beer I want, and never ain a pound. I guess everyone goes through this in the winter though. I’m a little over my usual weight, but it’s not like I’m some kind of lardassian though: 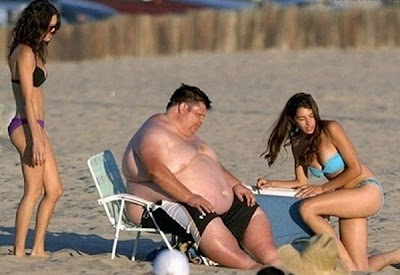 I know, I just ruined any chance of you fantasizing about those hot girls. Sorry. Here, is this better? 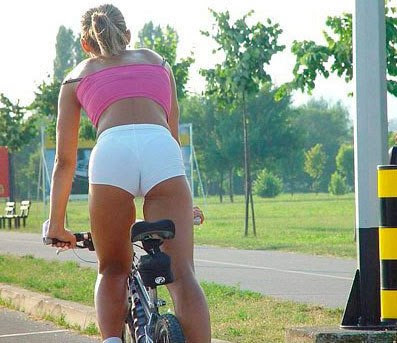 Anyway, I’ve got from now until January 16th to get ready to race. I probably should get at it, especially since I’m part of a new team now. I don’t want to disappoint my new friends over at Bike29 and look like some slow fat slob in their team kit. Meh.


In other, less serious news, Lunchbox and I attended a Christmas party last night hosted by Southpark Cycles. 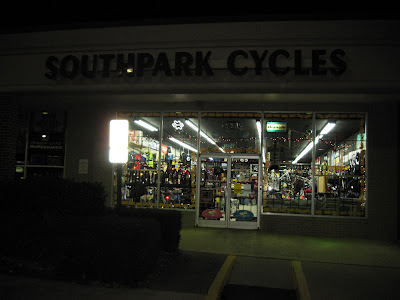 The party was held after hours at the shop, and we had a great time. We saw lots of our cycling pals, ate some good food, and drank some good beer. When I gave the official B-43 photographer the camera and told him to get some photos, he snapped a few for me (well, for you but whatever.) 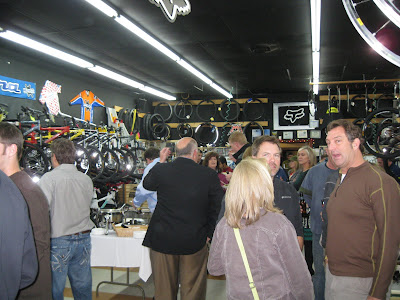 My racing buddy, Southpark Cycles team rider, and fellow Internets blogger Space Cowboy was there, and we chatted about all things bicycling (of course.) Here we were caught talking about who puts the most bullshit on their blog: 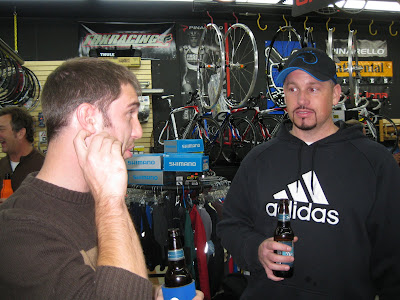 No party would be complete without cake, and there was plenty of it: 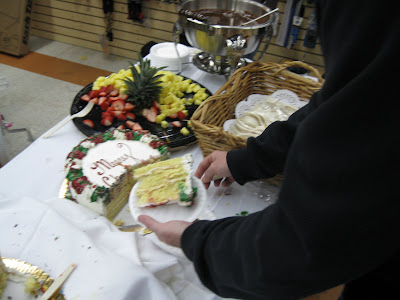 And it was really good: 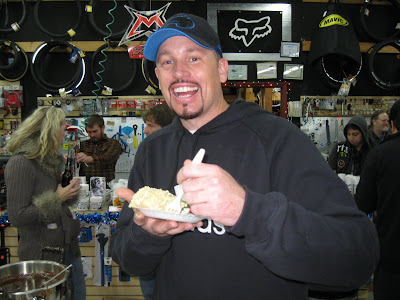 Okay, maybe I was a little too excited about the cake.

We had a blast, and it was good to hang out with all of our cycling friends and enjoy the holiday season. Big thanks to Bart and the rest of the crew at Southpark Cycles for hosting such a cool party. I’m already looking forward to next year.
Posted by TheMutt at 8:21 AM

I'm feeling your pain, brutha. I've let the off season get the best of me too. Wish I could have made the party last night. Looks like it was a blast.