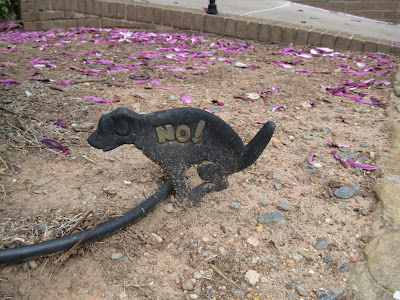 And there will be no squatting to shit either.

Yup, I’m still going on about race number two in the Southern Classic Series at Hobby Park in Winston-Salem, NC. After narrowly avoiding a crash with some guy that wasn’t paying attention, I was heading out for lap two. Once again, I had to climb that giant asphalt hill, and this time it was much worse. Since I was all alone and not battling for position in the woods, I climbed even slower. It hurt like hell too. All I could do was suffer through it and get to the singletrack, where I thought I would fare better since I got to know the trail a bit on lap one.


Once I made it up that horrible climb, I was back in the woods all alone where I belonged. I kept catching glimpses of a couple of the guys in front of me, so that helped me creep along and not give up. I rolled the downhill sections much faster this time, and I felt like I had a lot more control. The climbs were still a problem though. It seemed like the harder I pedaled, the slower I got. It felt like there was something wrong with my bike, but I knew it was okay. It was my legs, and they didn’t want to work for me. Damn it.


After every switchback, I would see some guys in my class. I knew I could catch them, if only my legs would respond. Since I couldn’t climb worth a shit, I decided to go balls out on the downhill stuff, putting my own safety at risk. There are several rock and root drop-offs, and my big wheels helped me roll over them with ease. Later, I thought about that if I had been riding smaller wheels out there I would have gone over the handlebars. I had so much more control, even when I was riding out of control. The 29er stuff is here to stay for sure.


On the very last section on lap two, I was closing in on the guy ahead of me. I crept closer and closer, and I could see that he was struggling too. All I had to do was outlast him, and I could move up one place. As I was trying to catch him, I realized that he was the same guy from the last race that rode my wheel for most of the second lap. He eventually dropped off before the finish, so I thought that I would enjoy the same luxury during race number two.


I didn’t happen though. On the last little section of climbing, I noticed that I had lost some air in my rear tire. I didn’t want to stop and put a tube in it (even though I had a fully loaded Awesome Strap), so I just pushed through. When I came up on the approach to the start/finish line, I gunned it. Later, I found that he had only finished ten seconds in front of me. Shit.


When it was all said and done, I finished in 9th place. While that may sound better than last week’s 10th place finish, it was not. There were only 9 riders, so I was DFL. I gave it my all, and it wasn’t good enough. The only good thing about it was that I was only 11 minutes off of the winner. Well, I don’t know if that was good or not, but I guess it could have been worse.


Since Lunchbox and the DPC were along for the ride, they took their bikes out for a stroll too. I managed to capture the action after I “raced.” 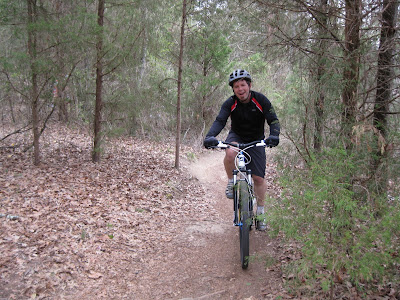 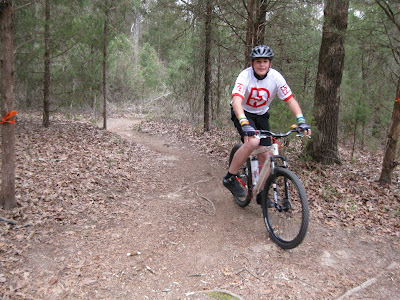 I wasn’t as tired after the race as I was last week, but I felt worse during it than I did before. I’ll have to figure out what went wrong, so maybe next week things will be better. I don’t regret not riding the course beforehand, because that added a little excitement and “danger factor” to the race. One of these days I’ll learn not to go so hard at the start of a race though. It was still a good day to be on the bike, and it sure as shit beat sitting at home on the couch. Lunchbox will agree I’m sure. 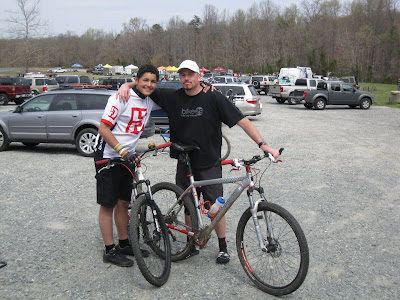 Dude, Derby Hill (the one ya started on!) sucks!! I avoid that thing at almost all costs...