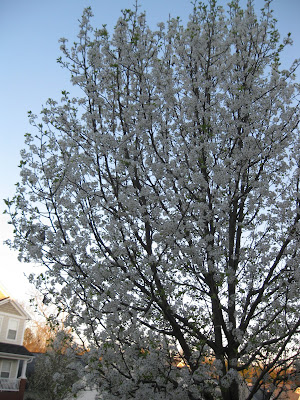 I think the winter stuff is finally over. The temperature during the day has been awesome, which makes for some prime riding weather. Saturday looked good at first, but things started turning shitty as soon as I left the house. I had the bike loaded up, ready to meet the Dirty Party Cycle and Space Cowboy for some hot laps at the U.S. National Whitewater Center. It was drizzling at my house when I left, but I hoped it wouldn’t be the same when I arrived at the WWC.


When I got there, there were a lot of mountain bike-type people in the parking lot, getting ready to ride. It looked like the rain would hold off just long enough for us to get a good ride in. The Space Cowboy was waiting when I got there, so we were just missing the DPC who was fashionably late. It wasn’t a problem though, since the MadSS arrived right after I did. At least we had someone to talk to, but we wouldn’t be riding with him. He is way too fast for us these days, but he sure didn’t seem to mind talking to us “slower folks.” After a short wait, the DPC arrived on the scene.


We headed out on the trail, keeping a pretty good pace. It was our best “race pace” I guess, but it was still a fun ride. The only issue was the fact that I brought my camera along, but forgot all about taking any photos. You’ll have to take my word for it I guess.


After making it through about half of the trail, we climbed up the infamous Goat Hill. At that point the Space Cowboy had to bail, since he had to rush off to his monthly knitting club meeting. The DPC and I continued on though, but the drizzling outside had started to reach the trail through the trees. Things were starting to get a little slick out there, but we kept on since we were’t doing any damage to the trail. When we arrived at the final optional trail (The Lake Loop), we decided to skip it because of the conditions. This was probably a wise decision for the trail’s sake, but it did nothing for my “training.”


When it was all said and done it was a good ride. Yes, I rode one of our local trails when it was wet. No, I didn’t do any damage to it. In fact, I wore a white jersey, and I didn’t even get a speck of mud on it. That probably wouldn’t have been the case if we had gone out for lap two though. The drizzle eventually turned into a steady rain, and people kept heading out on the trail. The DPC and I headed up to the restaurant and grabbed a few cold ones to finish off our adventure. I didn’t get any photos of that either. I suck.


Since I didn’t provide much in the way of entertainment today, I probably owe you something else. Saturday was the only day I rode, since it rained all day Sunday. Lunchbox and I spent the day at my Mom’s house going through old photos. Maybe I’ll put some of those up here one day, for your enjoyment of course. For now though, here’s one of my favorite videos that I stole off of the Internets. Enjoy, and I’ll see you tomorrow.

Email ThisBlogThis!Share to TwitterShare to FacebookShare to Pinterest
Labels: rain out, spring, training