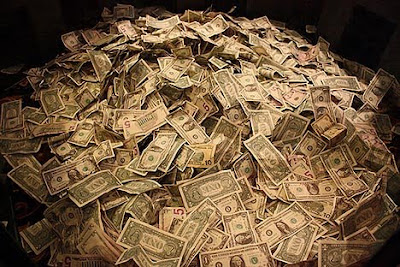 If only that’s all it would take.


I’ve decided that some upgrades to my mountain biking equipment are in order around here. I’ve got some old, shitty equipment I’ve been dying to upgrade, and now the time has come. First off, my old shoes had to go. 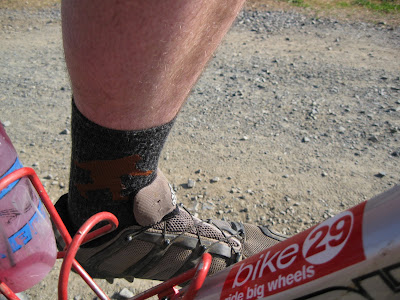 It’s kinda hard to see (especially with Bigfoot on my socks to distract you), but they are worn down past the point of no return. I’ve been shopping for shoes for a while now, but I could never find the right one. Finally, I decided on these: 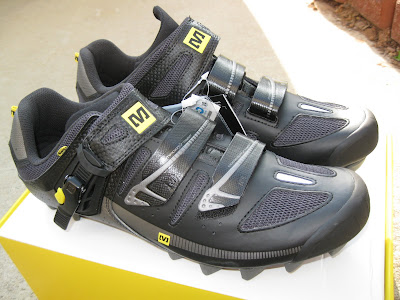 These are Mavic Razors. I’ve always been an Adidas guy (both on and off the bike), but they no longer make cycling shoes. That kind of put in me in a pickle, so I had to find an alternative. Luckily, I found out the the Mavic shoes were pretty much the same thing, because I heard that they had Adidas making their shoes before. Since they fit pretty much the same way, I knew I would like them.


Next up was my pedals. 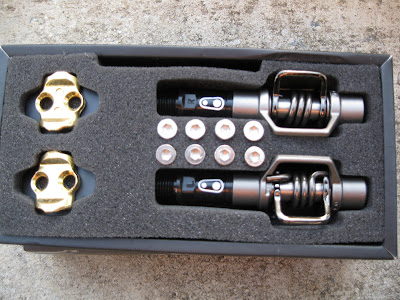 I am still a big fan of Crank Brothers stuff, specifically the egg beater style pedal. The ones I have are old, but since I rebuilt them they have been sufficient. I went with a newer model, but not much has changed I guess. I shouldn’t notice anything different, except that the new ones look a little better. That’s good because I don’t really like change.


Back when I had to change my seat, I opted for something I had ridden before. Not satisfied with the same old shit I guess, I decided to make an ugrade after riding the new one only a month. I got a killer deal on a WTB Silverado Thinline saddle, so I decided to give it a go. 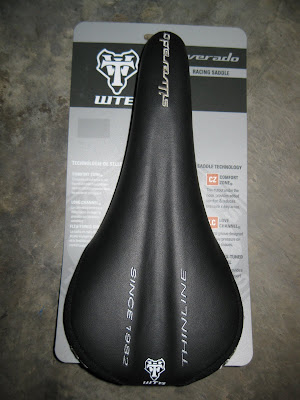 It looks to be about the same size as the one I was riding, so I shouldn’t notice much of a difference (I hope.) On the plus side, it is really light. In fact, it made all of my other seats feel like a brick. Let’s hope that my ass enjoys it’s new resting place.


In other news, I got some more new shit on the way. If you are my Facefriend, then the cat is out of the bag. If you are a total stranger and you read this stuff every day (bless your heart), here’s a little tease. 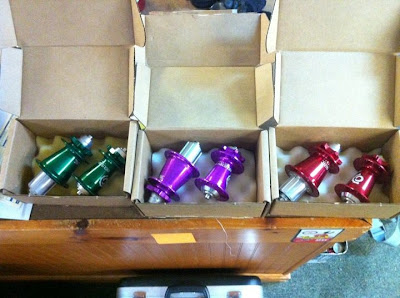 Okay, I won’t tease you. One of those sets of hubs are mine, and I commissioned George to build me a set of killer wheels. He finished them, and teased me with a photo of them on the Internets. Now it’s your turn to see. 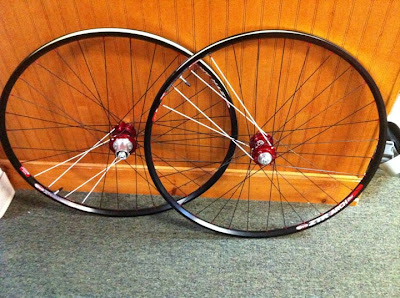 Yeah, I stole this photo from the same place.


Yup, fancy stuff. A set of Industry Nine classic hubs, laced to Stan’s Arch rims with (mostly) black spokes and red nipples. I say mostly black spokes, because you can plainly see that there are four white spokes on each wheel.


Initially, I asked for some kind of combo deal with black and silver spokes, but then I just told George to be creative. He mentioned something about using white spokes to make a rally stripe, so I told him that would be cool. The end result is a wheel that no one else has, and I am very pleased with the results. I was surprised that they came out so nice, but I fully trusted George’s creativity.


I’m not sure when I’ll get them, but I sure can’t wait to get my grubby hands on them and ride around on the trail (on my bike of course.) He’ll probably just torture me with more photos before he ships them though, so in return I’ll torture you if he does that. I’m hoping to have them mounted up in time for the 6 Hours of Warrior Creek next weekend. With those cool rally stripes, at least I’ll look like I’m going fast when I’m suffering for six hours.
Posted by TheMutt at 8:15 AM

Shit those are nice lookin wheels. If you don't like thm I'll be glad to take them off your hands