While Lunchbox and I waited for Little Miss Sunshine to come back from her lap, we knew it would be getting dark soon. Instead of wasting time changing back into my riding clothes to get out on the trail for more photos, we came up with a plan. I remembered a spot where the trail comes out with a view of the parking lot. We high-tailed it over there and I got a practice shot. 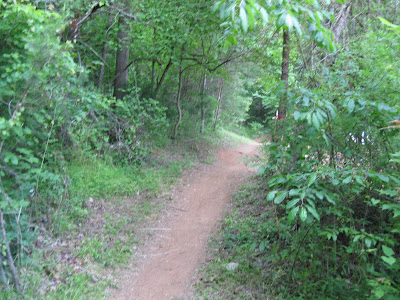 After a very short while, she came by. It was a lot quicker than I expected, so I didn’t really have time to get the camera ready. This is all I got: 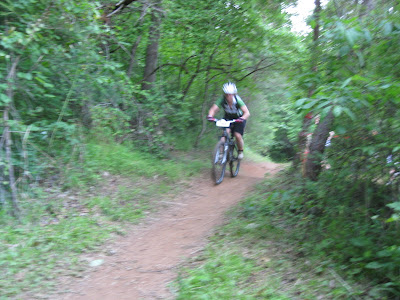 She was flying down the trail, and had a huge smile on her face. With race jitters no longer a factor, she disappeared into the mountain. With no more opportunities to photograph her without actually riding the trail, I rode around the camp to shoot the shit with my cycling pals. After checking the time, I setup shop at the bottom of the last downhill section. I waited, but I had no idea how long it would be. Every person coming down the trail was going so fast that it was hard to tell who it was. After recognizing a familiar face, I snapped a photo of the Bike Shop Girl. 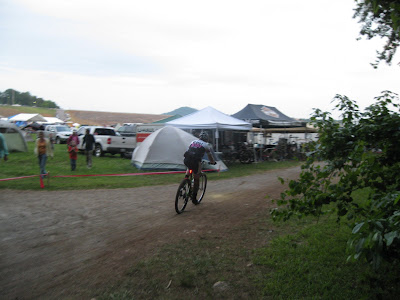 The sun was setting, which meant that the trail was getting dark. A look out into the field would make you think that there was plenty of light: 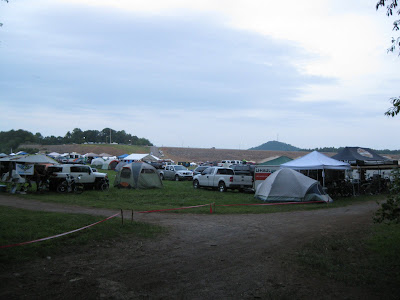 But, the trail was much different: 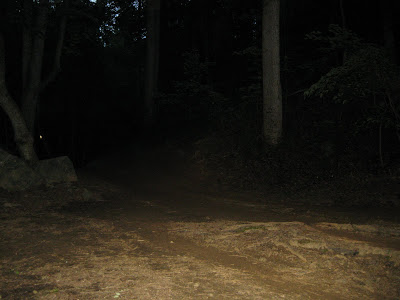 I knew that Little Miss Sunshine would be okay, since she had plenty of high-powered lighting attached to her person and her bike. However, the darkness made it increasingly difficult to see anyone until after they went by. Suddenly, a familiar voice shouted out, “She’s coming down right behind me!” It was the Space Cowboy, fresh off another one of his solo laps. He was right, because moments later I got this photo: 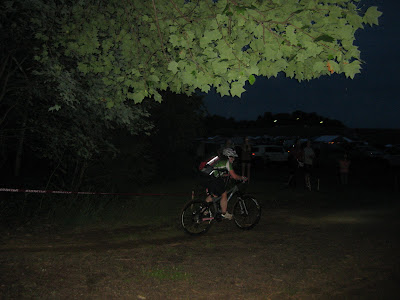 I hopped on my bike, and hauled ass to the finish line. I got there first, since the racers had to take the long way. LMS had caught up to the Gangster of Love (c’mon, you all know that Steve Miller Band song), and I got them both crossing the finish line. 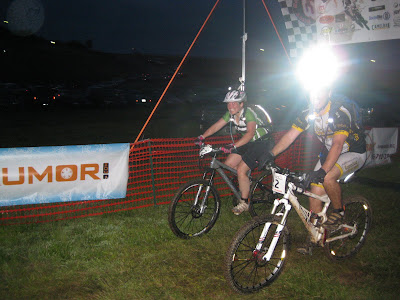 She survived, even smiling as she crossed the finish line. She had a good lap, and capped off a day of riding for her team. We hung out with the ladies for a bit, but Lunchbox and I had to head back to Charlotte for the night to take care of our dogs and get some sleep. 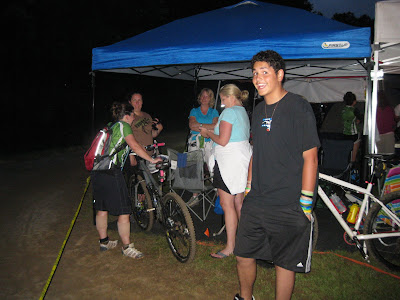 I would return in the morning, but it was a little late to see the Mrs. ride her second lap. She was determined to ride in the daylight, and she did it. She crashed and acquired a few more cuts, scrapes, and bruises, but it was all worth it. The end result? They all had a blast. A few people got hurt, but they will all ride again. They camped, they rode, they swapped stories, and in the end the ladies survived their first 24 hour endurance race. The icing on the cake was the fact that they got on the podium, for a third place finish. 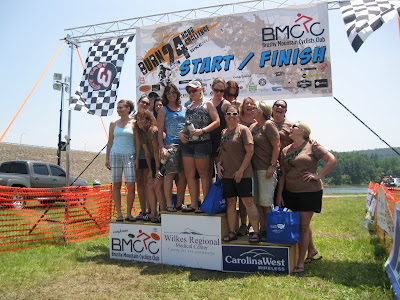 The other Diva team got second, and they worked hard for it too. It was cool to watch the ladies give it their all. I’m also thankful to them for letting me hang around all weekend for support. It was fun to be a spectator, since I don’t get to do it very often.


I got in a few rides out there myself, so maybe I can share that pretty soon. Well, with only one day left in the week I guess I had better get my shit together. See you tomorrow.
Posted by TheMutt at 7:17 AM