Well, not me, although sometimes I don’t ride all manly and shit. That’s just fine, by the way. Anyway, yesterday was a group ride for the Dirt Divas, and Lunchbox and I tagged along. The ladies are always kind enough to invite us dudes along, and we really appreciate it. Lunchbox was down: 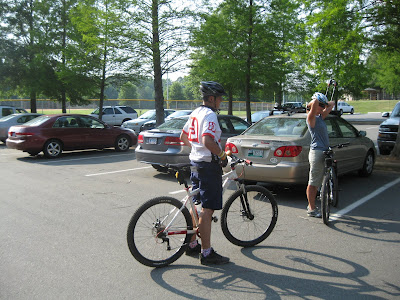 They always divide up into groups based on skill level, and we weren’t sure which group to stick with. We hung around and waited for the ladies to choose their paths. 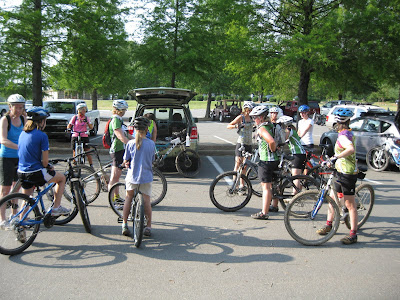 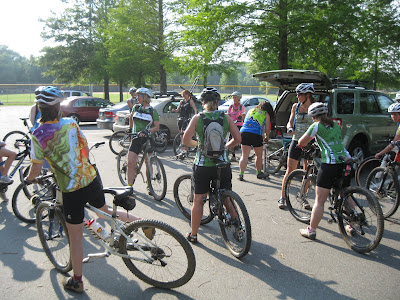 We weren’t sure which group to join, so we just took off in the middle, We kept up a nice “training” pace, and I kept waiting for my sandbagging kid to put on the gas and leave me on the trail. No such luck though, because he was having mechanical issues the whole time (I’ll get into that another day.) He held his own out there, and I was more than proud. Still, I think that he is probably playing possum again.


I don’t have anymore photos (lazy people stop reading here, thanks), but that’s because I was too busy riding my bike. I don’t mind that at all.


I did two laps out there, and it was enough of a dirt fix to get me through to the next one. Big thanks to the Divas for having this ride, and for inviting along a bunch of sweaty, smelly men to join you. We’ll be back for the next one, and it’s coming up a lot sooner than you think. See y’all tomorrow,
Posted by TheMutt at 6:57 AM