Left The Bike At Home

Once in a while I actually go places without my bike. Little Miss Sunshine and I got a chance to explore some uh, “mountains” close to home da udda day, and we didn’t need the bikes. I’m talking about the Uwharries, which is a short drive east of here. I do ride my bike over there from time to time, but I found out that there are so many other things to see out there.


I got her a book called Backroads of North Carolina, and she’s been reading through it for a while. We decided on a day trip to the Uwharries (recommended in the book), which crammed in a few cool things along the way. Check out this covered bridge, which was the first stop on our journey. 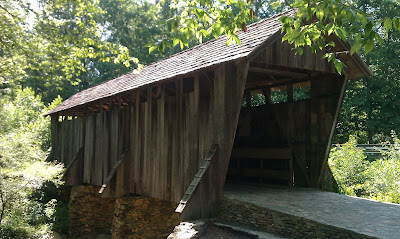 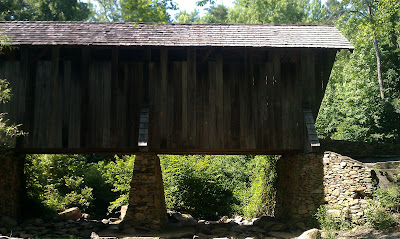 Once upon a time there were tons of these things all over the state. From what I understand (and what I saw in the book), this is one of only two left (of the originals anyway.) It was off the side of the road, and the stuff around it was pretty neat too. 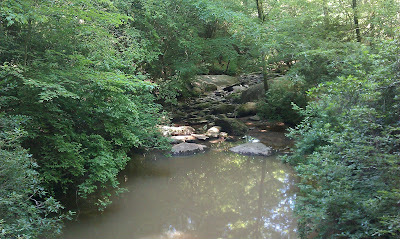 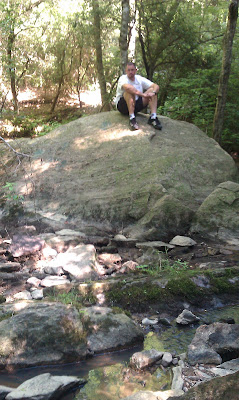 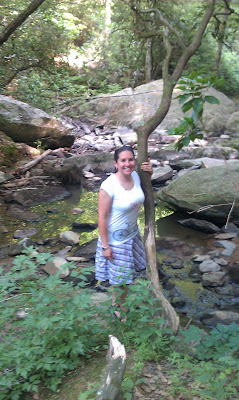 The next stop on our tour was a place called Jumpin’ Off Rock, another side of the road attraction. 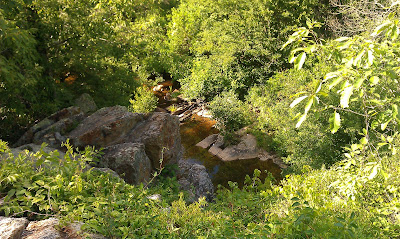 I guess people jumped off this “cliff” back in the day, and banged their asses up pretty good when they did. The view was pretty cool though, but the pictures didn’t really do it any justice. Also, this area was booming back in the gold rush days, and there are several abandoned mines in the area. We didn’t hit any of those though. 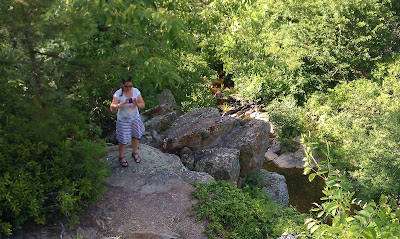 Stop number three is what the locals call the Low Water Bridge. Looking at the photos you can probably see how it got its name (if you are smart and stuff.) 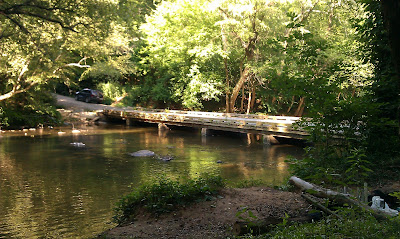 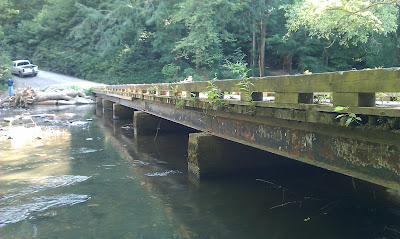 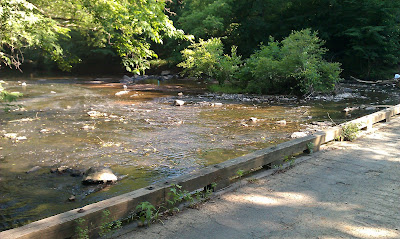 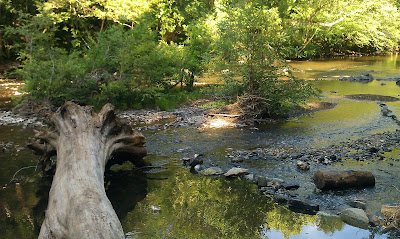 They say that when it rains, you have to find another way through there. It was a one lane bridge, so you had to make sure no one else was coming when you crossed. The water wasn’t very deep, and I saw a few of the locals playing in it and swinging on an old fashioned rope swing. Good times.


The last stop on our little mountain tour was deep in the heart of the Uwharries, right on Badin Lake. We were looking for a place called The Narrows of The Yadkin which was a narrow pass of the Yadkin River. I say “was” because it is now under water since they made a lake out there. There was still plenty to see though. 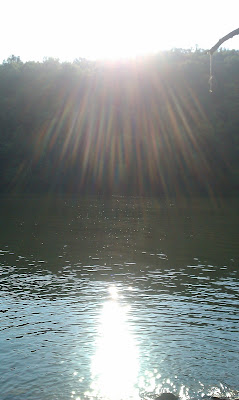 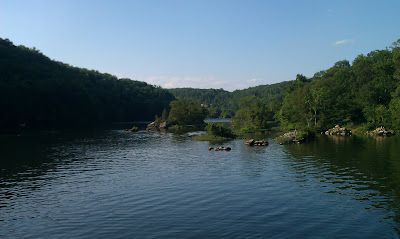 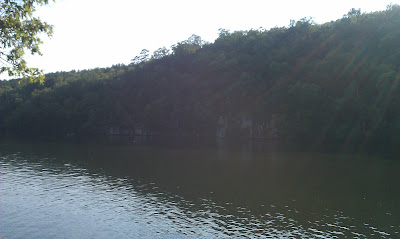 And, that’s the end of our tour. I know it’s not bicycle-related at all, but I thought it was pretty neat to see. We like to get out once in a while to see the beautiful scenery in this great state, so I thought I would pass it along. A bike is usually the best way to see things, so maybe we’ll take the road bikes on a journey out there one day. You never know.
Posted by TheMutt at 8:17 AM

Really very happy to say, your post is very interesting to read. I never stop myself to say something about it. You’re doing a great job. Keep it up.
Recurring Deposit account definition

Enjoyed reading the article above , really explains everything in detail, the article is very interesting and effective. Thank you and good luck for the upcoming articles.
Chhath Puja 2021