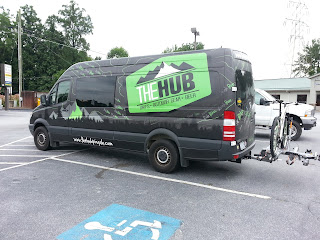 As usual, we decided to go for beer after riding up in the hills.  And, what better place to go than the Pisgah Tavern, right?  When we pulled into the parking lot, TomTom had just rolled in.  He was fresh off a trip to Bent Creek and decided to join us for the rest of the day. 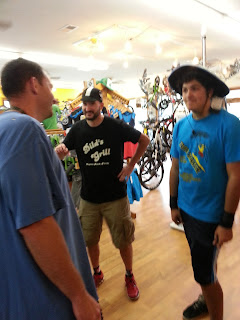 We had a beer, poked around the shop, and decided that it was time for more beer.  This time straight from the source. 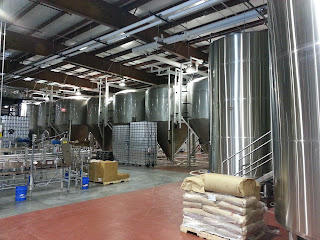 Oskar Blues Brewery was right around the corner, and for a pack of thirsty mountain bikers it was like an oasis.  We took the tour, then headed up to the tasting room to get our sample on.

I was in beer heaven. 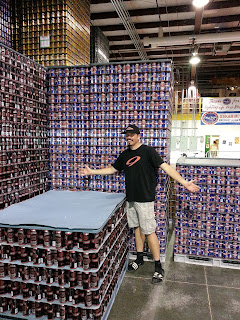 I even walked away with some. 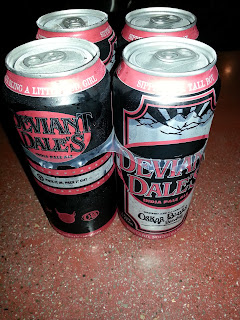 We hung around there for a while, telling stories and talking about Eastwood’s butterfly collection.  It was time to move on again, and with nothing worth a damn to eat around there we took off to to have dinner at Papas and Beer.

It was a little bit of a drive, but well worth it.  Especially when we told the server that it was Lunchbox’s birthday. 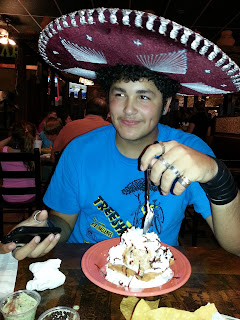 “I don’t always eat dessert, but when I do it’s because my dad tried to embarrass me in a Mexican restaurant.”

Beer, bikes, waterfalls, dessert, and butterflies.  I’d call that day a success.
Posted by TheMutt at 8:41 AM