Sure, it dried up a bit here locally (until today anyway), but I really wanted to get out of town to ride.  After discussing plans with Good Guy Greg, Eastwood, and Lunchbox, we decided to head over to for some easy riding. 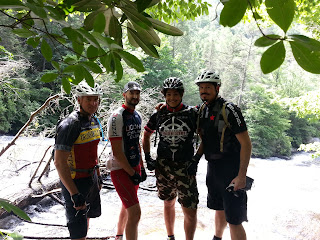 With everyone on single speeds (except Lunchbox), we started out climbing.  It was pretty easy and relaxing, and this trip really turned into more of a sightseeing tour than anything else.  I mean, we spent most of the time just hanging out. 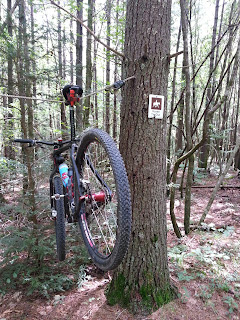 We climbed up a bit, and headed towards some waterfalls.  After climbing up over some rocks though, Lunchbox informed me that he had a flat. 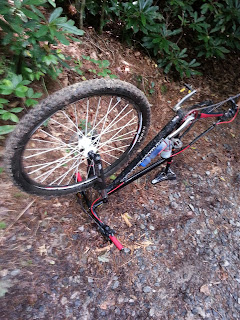 We tried to get the tire to seal up again but it wouldn’t.  Since we had plenty of tubes, we put one in and got him rolling again.  A few feet up the trail we reached a scheduled stop. 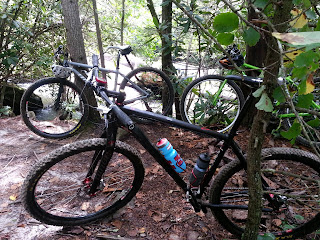 We left our bikes and hiked up a trail to . 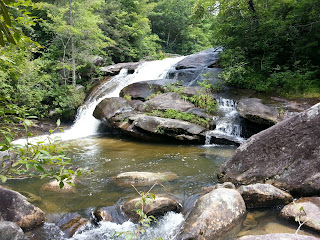 We sat for a while to relax and refuel.  (Warning, shameless product placement ahead.)

I had a little Honey Stinger goodness for lunch. 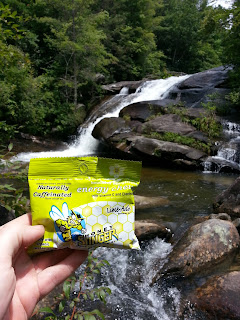 I sat there while Lunchbox navigated his way across some rocks, and he found a prime spot for relaxing. 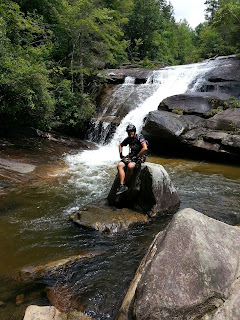 Suddenly, I looked over across the pond at Eastwood and I couldn’t figure out what he was doing. 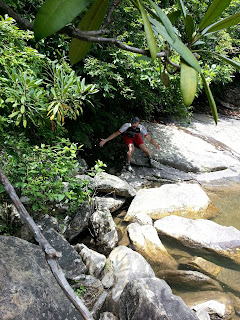 He was surrounded by butterflies, and for some reason they thought he was their king.  He had captured and killed their leader, and the rest of them bowed down to his awesomeness.

I mean, it was the biggest butterfly I’ve ever seen. 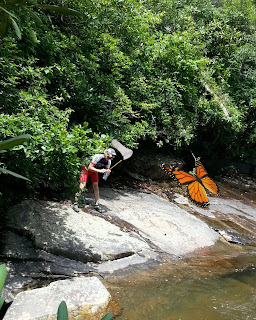 I still don’t know how he got it in that net.

Our time at the falls had to come to and end, so we took off up the road trying to avoid horses (and piles of horse shit) to get to the fun stuff. 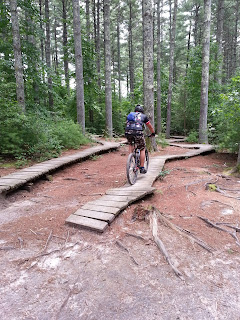 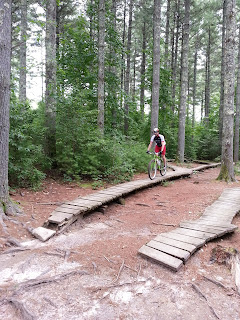 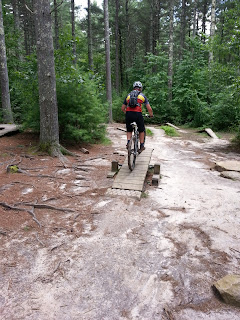 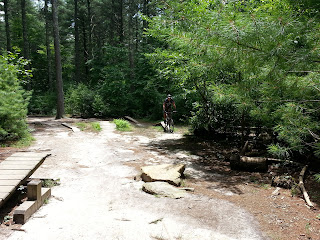 We played there for a while, but our plans for the rest of the day dictated that we get moving.  A little more fire road climbing later and we found ourselves on the Ridgeline trail, and with its fast, swoopy goodness we would haul ass right back to the parking lot.  There was only one problem though…

Lunchbox flatted on the way down. 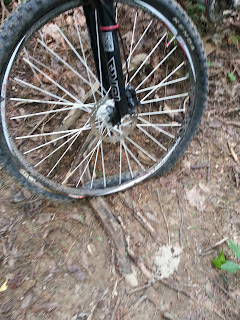 This time it was his front tire, and rather than try to reseal it we just used another tube.  He rode the last mile out flat free, and we joked about how he always has bad luck when we ride in the hills.

With the riding, waterfall watching, and butterfly hunting out of the way, it was time for part two of our adventure…

Oh look.  I’ve run out of time for today.

What trail are all those fun things on?

Stephen, if you are referring to the butterflies it's top secret. I am the butterfly King and you can't enjoy their beauty and delight. Sorry.

LOL, yes, I definitely wanted to hang with the butterflies and plot a secret coup to steal your throne.