I’ll admit it. I’ve had a difficult time adjusting to the cold weather we’ve been having here. Although it’s been nearly seven years, I probably haven’t been out of Florida long enough. When it starts getting cold outside, I can’t stand it. It takes me a good solid month to get adjusted to cold weather, and that’s just the way it is. During that transition period, I have a hard time getting out of the house to go ride my bike.


At least there was a Star Wars marathon on TV over the long weekend. 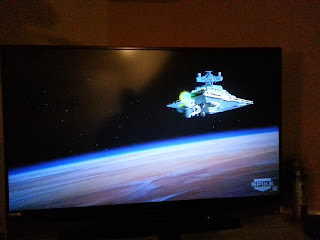 Having a bunch of days without any kind of work responsibilities, I thought I would get in a ton of mileage. I have plenty of warm clothes to wear when I ride, but even getting out of the house is tough. Starting with Thanksgiving Day, I planned to get out on the bike. That never happened, but at least I got out to work on some trail. 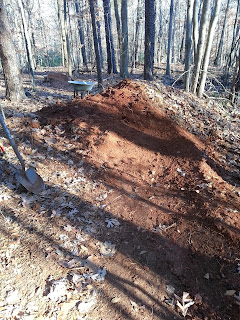 I managed to meet up with TomTom to finish the last of our little trail. The photo above shows a big pile of dirt that we need to turn into a berm. While my hard-working pal took off to clear the trail to make it visible so we could ride it, I started shaping what will be a high-speed turn into a jump. 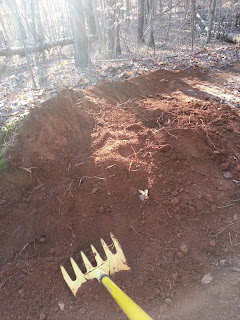 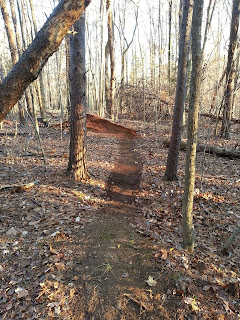 Although I was unmotivated (and cold) at first, I managed to get a good part of that berm completed. I’m guessing it will only take one more work day to complete, and I can’t wait. Since darkness would soon be upon us though, TomTom and I decided to quit for the day and do a little scouting for the next phase of the trail. We found some pretty good terrain to use, including a nice-sized creek we need to somehow get across. 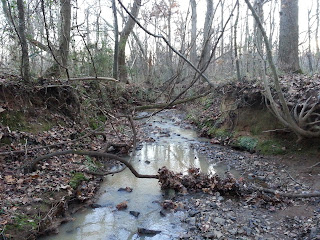 After that it was back to the house to wrestle the turkey from Lunchbox. 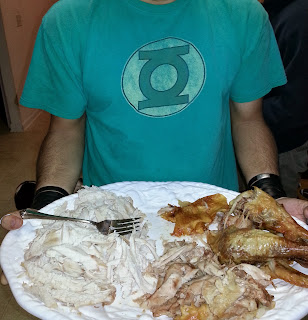 That was not an easy task.

Friday was even less of an active day. I went to work for a while, and once again I didn’t feel like riding. Instead, the little lady and I headed up to the hills to watch my friend Jonathan Birchfield play a little music. 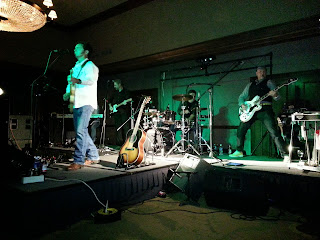 And yes, that’s Shane Cooper (from DeFeet and CroMoly) playing bass as a special guest. 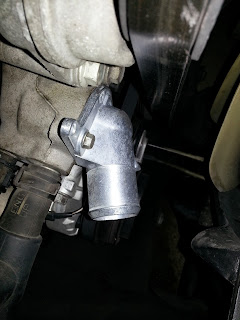 All it took was a new thermostat and a good flush of the cooling system. Now I was warm again, and ready to ride. That left only one day (yesterday), and you can bet your ass that I got out on the bike.

Of course that’s what I’ll talk about tomorrow.
Posted by TheMutt at 8:56 AM