So yeah, I told you yesterday that I bit the bullet and registered for SSUSA.  While I may not end up going (subsequently wasting sixty five bucks in the process), that does kind make me a little more “committed.”  So let’s say that I’m planning to go to the UP of Michigan next summer.  How am I gonna get there?

Actually it’s not that easy though.  I’m not the only one from here in interested in making the journey to “Damn Near Canada.”  Little Miss Sunshine has expressed and interest in going, along with Good Guy Greg, Eastwood, D-Wayne, and Dicky.  Lunchbox might even tag along since he’s always down for an adventure.

While I could probably cram seven people in my truck it would be one really uncomfortable ride.  Nineteen hours packed in a full size truck like sardines does not a great trip make.  So, we need some other options.

D-Wayne suggested we rent an RV, and of course this time of year I can only think of one kind. 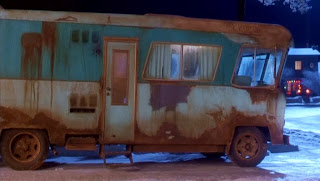 Shitter’s full.  We’d have to find an empty sewer somewhere.

Of course, that rickety piece of shit probably wouldn’t make it out of NC, so we started looking at “real" ones. 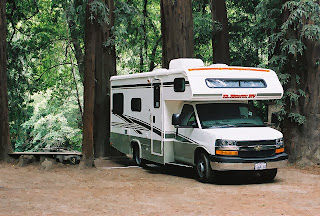 That’s a “moderately” priced one I guess, even though they all seemed to be really expensive.  Like, upwards of $1000 for a decent one for a week.  Of course, there’s some really fancy shit out there if you have the means. 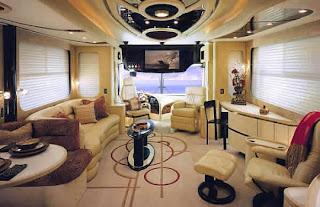 We’d tear that thing up with no chance of getting our deposit back.

Of course, there are “cheaper models.  Like this one which appears to be a real steal: 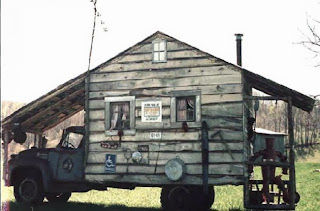 Or we could save a shitload of gas money on something even cheaper. 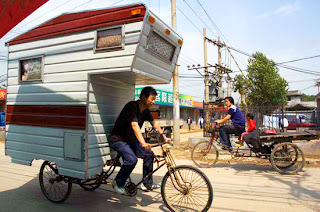 It’s not anywhere near August, and I’m already overwhelmed with trying to plan this trip.  An RV would probably be the best way to get there but I’m not sure if we’re all down for paying an arm and a leg to rent one.  Besides, who the hell would want to drive such a beast that far (besides an old retired couple.)  Dicky wouldn’t even be able to see over the steering wheel.

So yeah, there’s plenty of time to plan this shit storm of a trip, but I know it will be here sooner rather than later.  Any suggestions for another type of vehicle?  Something that we can all fit in, decent enough on gas, and that doesn’t require signing over your first born would be a plus.  Oh yeah, we would all have bikes and D-Wayne’s suitcase full of hair-care products (it’s really fucking big.)

I wish this was a trip that required crossing an ocean, because for some reason a pirate ship seems like the obvious choice here.

If we pull this off and somehow get to Michigan next summer, it could be the most epic of mountain biking trips ever seen.  Kinda like the Enduro™ of road trips.

Why not something like a Lincoln Navigator or a Suburban? Both of those can seat about eight people. And I'll bet if you were to rent one now, you could probably negotiate a pretty good deal online. In fact, if you use a travel planning site, you might be able to package it with hotel stays and save a lot. I've done that kind of thing before with flights and saved a lot.

Uhmmmm...you know you've got a Yooper in your circle of friends, right? Who lives 3 miles down the road from you...Like 2 Yoopers actually...who rode these trails this summer...who went to school just down the road at Tech...and did Copper Country Cruising every weekend for 5 years before moving to the Carolinas and can advise you on what to do after the ride is done for the day...who can give you any and all advice we can to help you guys make this trip, 'ey? We would LOVE to see some NC biker friends adorn these trails. They are AWESOME! Have your girlie ping me...she knows my number :)