This is probably the time I should start thinking about what I plan to do next year, race-wise anyway. With the risk of copying Dicky’s post from yesterday, I'll go ahead and address the elephant in the room... 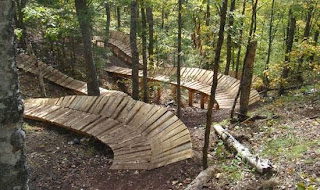 SSUSA next year is up in Copper Harbor, Michigan, which doesn't sound too bad until you actually look at a map and realize that it's way the hell up there. 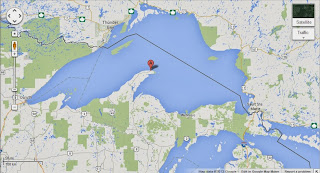 Kinda like a big “Fuck you Canada, this is 'Merica!”


Thinking I could drive like I did last year to Minnesota, I started planning my route and saw that it would take about nineteen hours. Holy shit. While only three more hours than the trip to MN, that leaves minimal fuck-off time on the way up there. I'm really not sure I want to do that. I know there are several people here in Charlotte that would take the trip with me and all that (and I'm sure it would be a blast), but damn.


I guess you could say I'm about seventy percent against making a decision to go back to SSUSA next year.


That doesn't mean I've completely ruled it out though. The trails look fun as shit and I do like driving long distances (by myself if need be.) I'm just not sure about going that far for what could be a minimal amount of riding. I might be better served taking a road trip somewhere else instead, like out West somewhere.

Registration is filling up fast, but that's not really a deciding factor. Judging from the last two years, I could still just show up and “race.” So, I guess I really don't have to make a decision right now. Nothing is holding me back (other than being unable to make decisions) so there's no reason for me to figure it out anytime soon.


Damn it. I wish someone would just tell me to go (or not to.)