Sorry about yesterday.  I had an early meeting for work.  I've been busting my ass on a project, and the end is near.  I can't wait for it to be over.

Anyway, I mentioned that last Friday I stopped by DeFeet on the way up to our camping trip.  I got some new stuff to try out, but I haven't had the time to get anything together to talk about it here.  DeFeet has been good to me over the years (although I'm pretty much a nobody in the cycling world), and other than trying to get everyone to wear their stuff I don't feel like I'm doing enough to thank them.  Well, that changed when I was shopping a while back and found something to send over that would be just a small token of my appreciation.

You see, the band CroMoly is comprised mostly of DeFeet folks, and being a big fan (of the band and the awesome company) I decided to send lead singer/bass player Shane a new guitar strap I found.  I thought it fit right in with the attitude of the band.  I got a photo sent back to me with a thank you, and I saw that it was being put to good use. 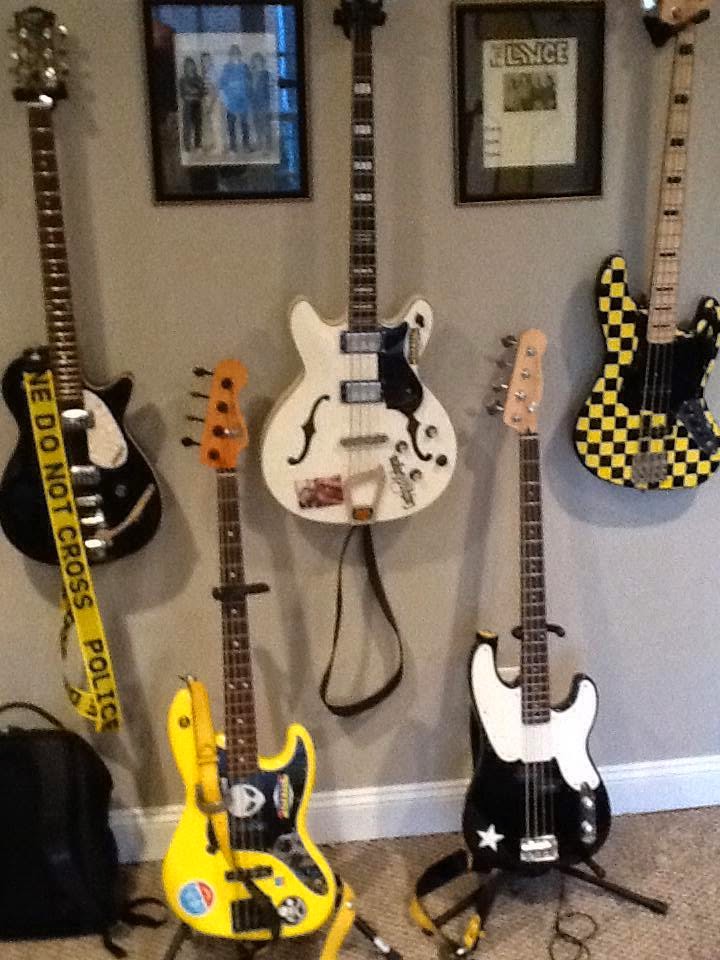 “POLICE LINE DO NOT CROSS”

I once saw a CroMoly show that brought out the fire departmet.  Figured this was next.

You might recognize that wall of guitars from the time that Sonya visited the studio: 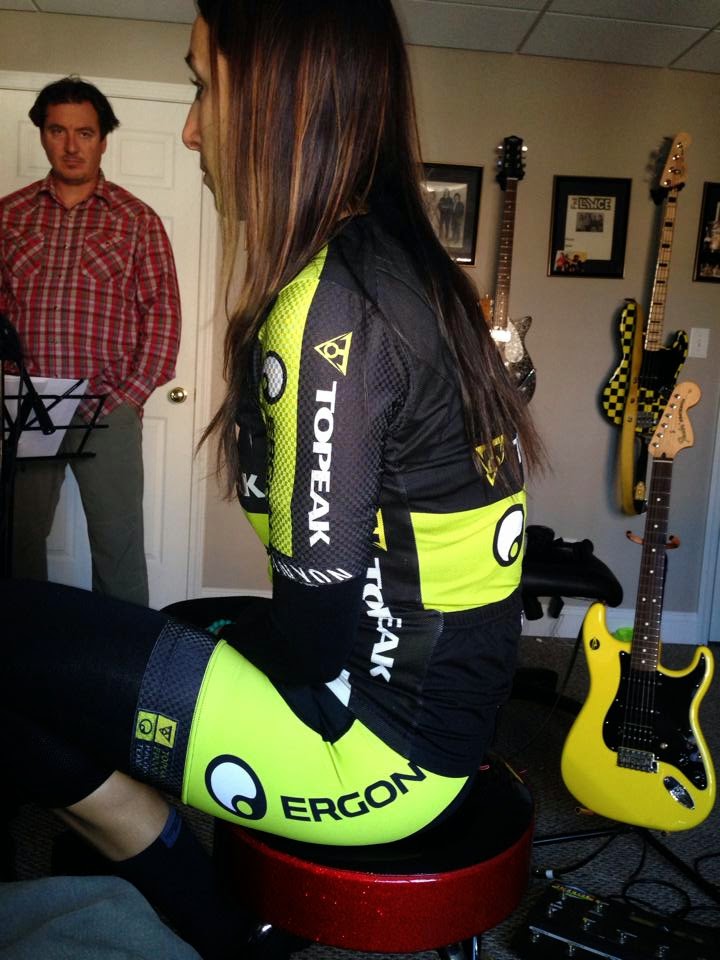 Anyway, I liked that guitar strap so much that I bought one for myself too. 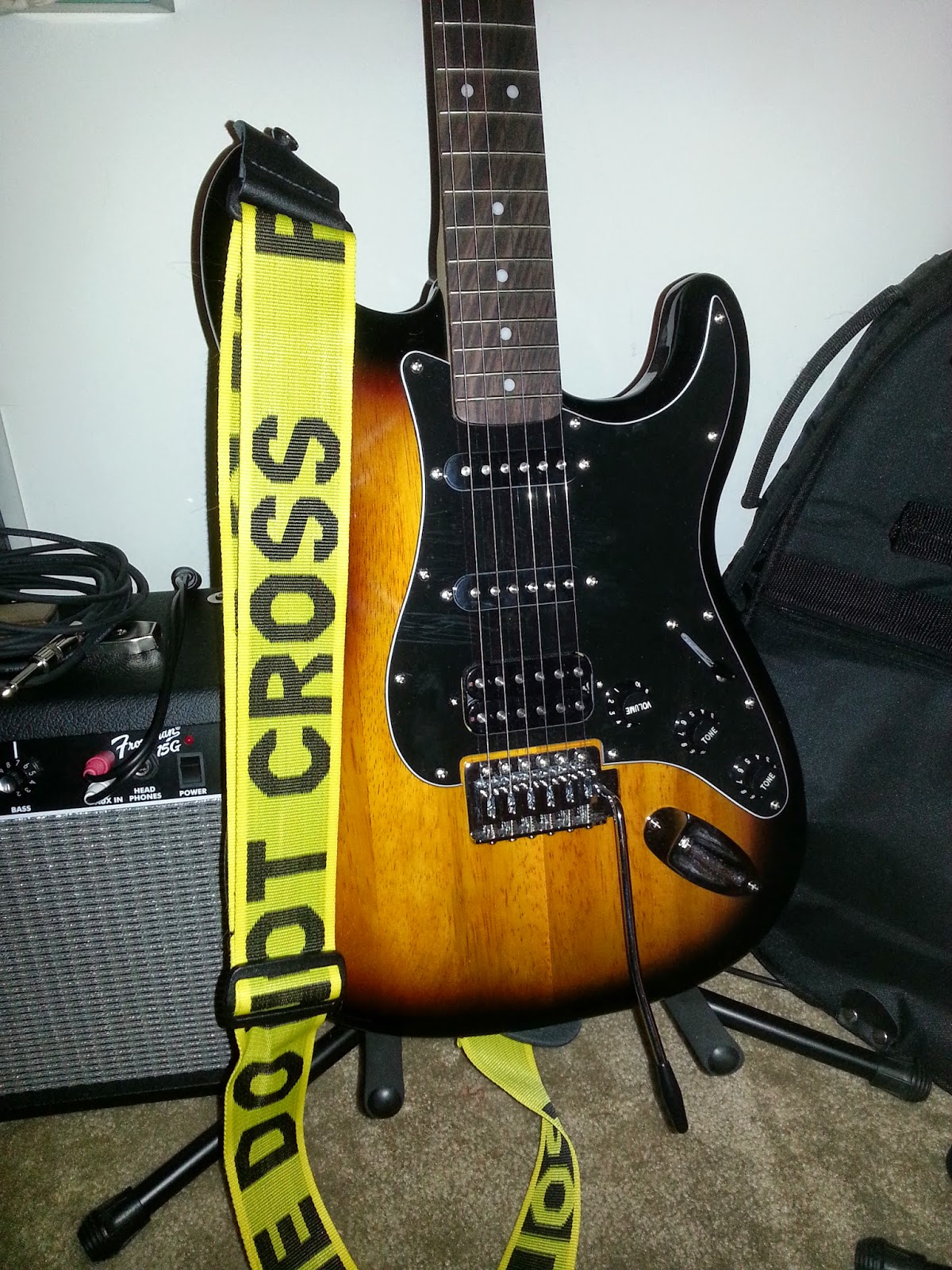 I am not worthy of playing with them yet, but that's my goal.  Small steps.

So yeah, getting support from cycling folks isn't just about receiving product or stuff like that.  It's about relationships, and I have a great one with the folks in Hildebran, NC.  I know a measly guitar strap is no way to repay the love I get from DeFeet, but it was the least I could do. I do stuff like that all the time, because despite what you might think, I'm not such a bad guy (most of the time.)

Hell, I even sent George a little something for all he's done for me over the years. 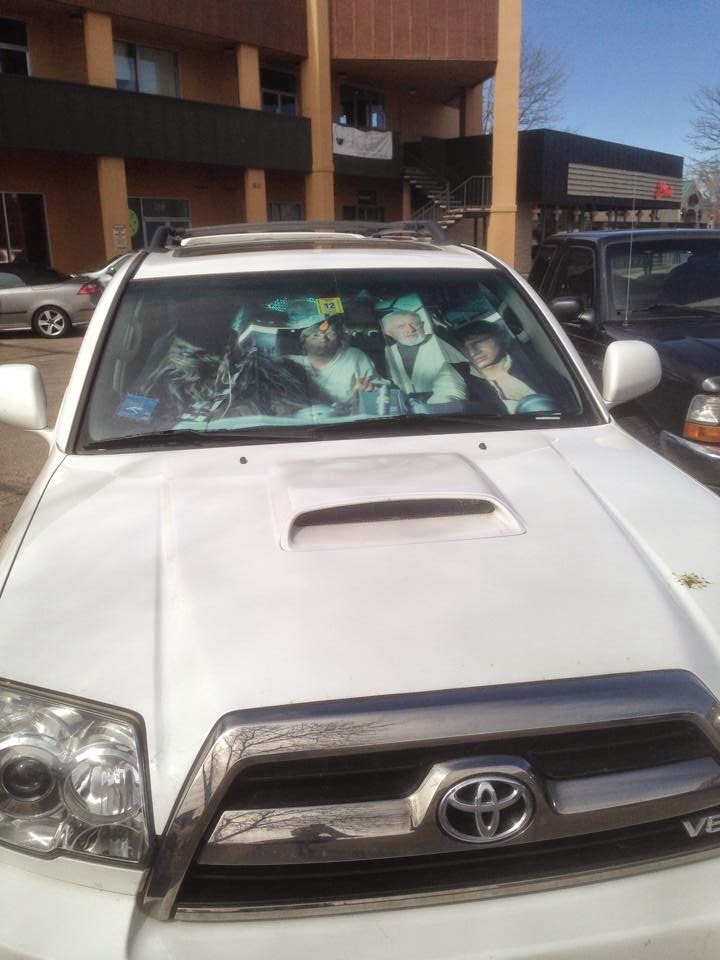 A Star Wars sun shade? That makes me cool, right?

See y'all tomorrow for Fun Friday or some shit like that.
Posted by TheMutt at 8:06 AM