The new job has been taking a lot of my "precious" blogging time. I'll eventually figure out how to get back to"normal." I had a chance to do a "Fun Friday" post a few days ago though (since I was off work), but I had something really important to do. 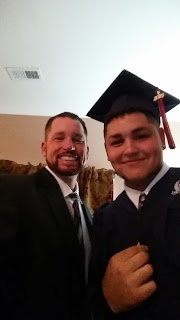 Yup, my little guy Lunchbox is a graduate.  He has completed high school and received a diploma, which means that he's ready to go on to bigger and better things. 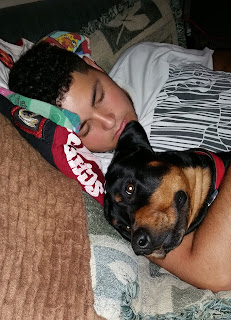 Okay srsly, he is on to bigger and better things.  He already has a couple of college credits thanks to his hard work, and something even bigger is coming up very soon.  I'll get into it one day, but not today.  In the meantime, I'm very proud of him.

In other news, I took some time off from the bike since my race over a week ago. I actually needed it, since a long race season was sorta getting to me.  It worked wonders for my mental state (which was about half past crazy) and physically I think I recovered a little too.

Now I feel ready.I'm not sure for what, but who gives a shit.

At least I did something productive and put a couple of stickers on my "race"bike. 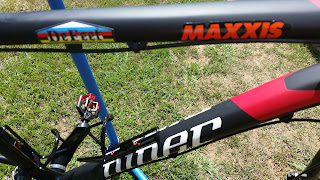 Wow.  So exciting around here.  At least DeFeet and Maxxis might be happy about it.
Posted by TheMutt at 7:34 AM