Our vacation was off to a good start.  After a few days of watching sportsball, eating great food, and spending time looking at aircraft with our cousin, we were le tired.  It mighta had something to do with the beer though. 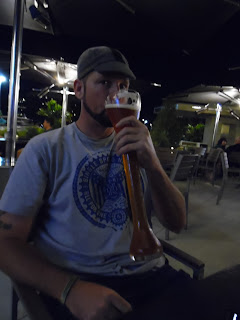 Our hotel in NoVa (Northern Virginia for you laypeople) was selected due to its close proximity to the Metro, so all we had to do was hop on the train in the morning and head into D.C.  We got up early, had breakfast, and boarded right after the morning rush. 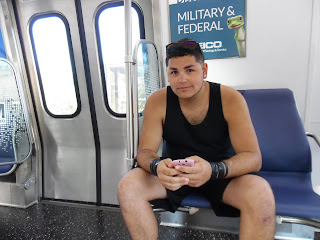 Our first stop was the National Zoo, since we like animals and all that.  They liked us too. 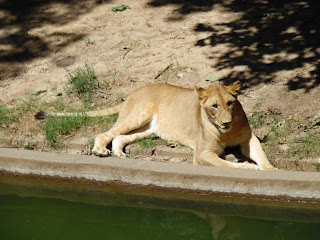 Sure, we saw the famous Pandas, but the most interesting sight of the day was the orangutan that used the catwalk high above the park to move from one area to another. 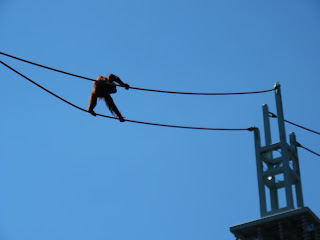 Actually, the highlight was when she stopped to take a piss on the people down below. 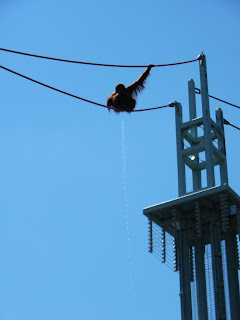 We laughed our asses off about that one for a good while.

We stayed at the zoo for a long time but we wanted to hit the other spots in town.  As with other trips we’ve taken to our Nation’s Capital in the past, we decided to use the Capital Bikeshare. 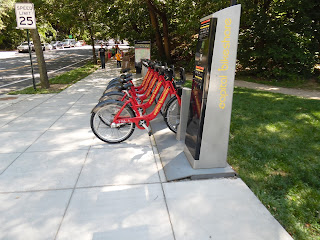 Just like last year, the plan was to ride back to the city on the Rock Creek Parkway. 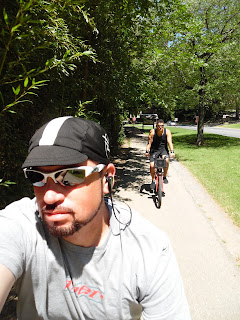 Lunchbox is all, “Sun’s out, guns out.”  (Thanks to Eastwood for the commentary.)

The Rock Creek Parkway is a really nice place to ride.  Just outside the hustle and bustle of D.C. proper, it offers users a rare look at nature so close to the city and unimpeded riding (or walking/running.)  It’s quite beautiful. 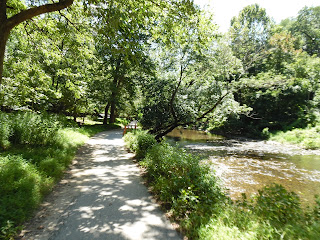 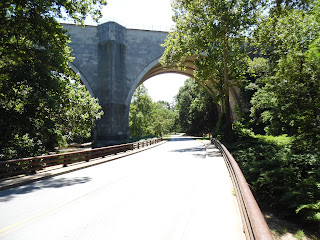 And Lunchbox approves of this style of riding. 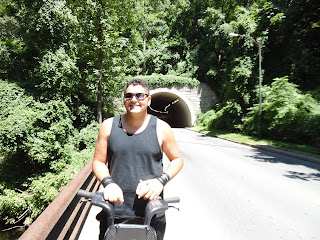 Once we got into the city, we had to use our superior bike handling skills to navigate around pedestrians and distracted government workers.  Our first historical stop was the White House, of course. 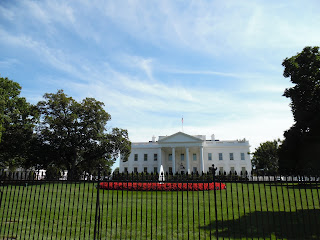 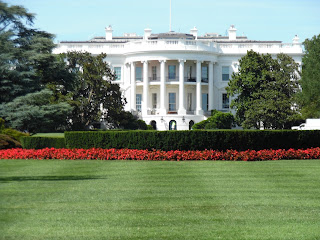 We rode around a little more until we found an empty dock to return our bikes for a while.  We had tickets to the Washington Monument and didn’t think it would be a good idea to take our bikes on the elevator to the top. 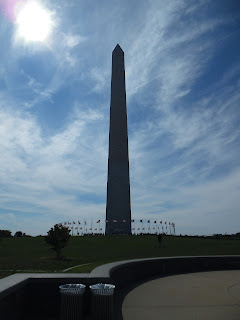 I’ve been going up to the top of there since I was a youngin’, and I still get a kick out of it.  The views are nothing short of spectacular. 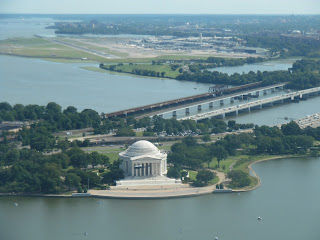 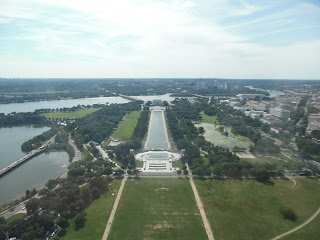 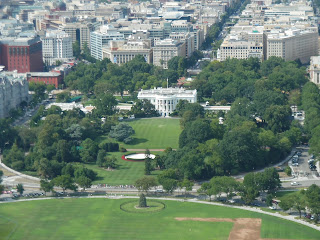 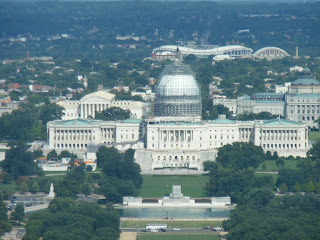 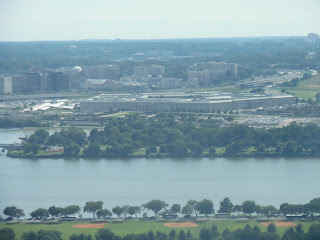 After that we had to get out of town for a while.  We met up with another cousin down in Alexandria for dinner (and more beer of course.)  It was a long day and another later night, and it was wearing on us.  We still had one more day to go back to the city though.

You have another day too…
Posted by TheMutt at 8:26 AM