Deep In The Swamp

In lieu of Fun Friday (my usual lazy way out), I’m gonna keep going on about my vacation.  Yeah, you may not care so much, but this blog thingy is sorta like a diary…

It helps me remember what I’ve done.

Anyway, when I last left off the little lady and I were deep in the Everglades.  We had a list of things to do and a bunch of miles to drive to do it.  We started at the southwest tip of the state, looking out towards the 10,000 Islands region. 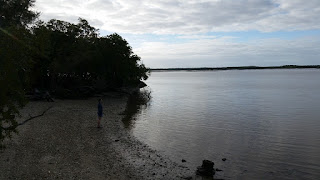 It was really beautiful down there.  And more importantly, peaceful.

Our next stop was to head a little north, then east on the Tamiami Trail.  We had some things to see in the tiny little swamp town of Ochopee, which included the smallest post office in the United States. 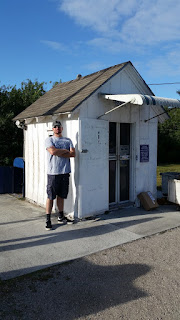 I’m in that photo merely for size comparison.  As you can see, the post office is not obese.

We continued along the trail, through what is essentially prime habitat for the Florida Panther.  We were made aware quite often. 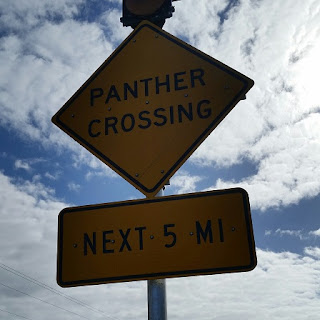 That’s my favorite animal by the way, and it has nothing to do with that sportsball team here in Charlotte (real panthers aren’t black.)  With less than two hundred in the wild, it’s rare that you’ll see one in the wild (I’ve seen exactly one.)  Pretty slim chances I guess, but the odds are better than seeing the Skunk Ape.

Oh, did you say Skunk Ape?  Well, let me tell you about our next stop… 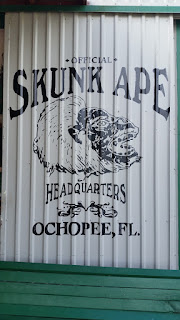 It’s sorta official, and one guy there is more than certain that they exist (I have also seen exactly one.)  We chatted with the kooky fella for a bit, but soon realized that they had other swamp critters in the back to play with.  We donated a few bucks, walked through a door to another kooky fella, and within minutes he handed Little Miss Sunshine a baby alligator. 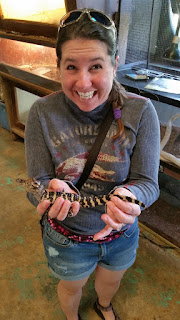 Then she played with a King Snake… 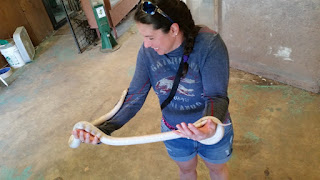 Not albino.  Just bred to be white for some reason.

And then we found this big ol’ Python. 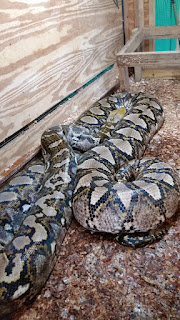 It was as big around as my thigh, and about 22 feet long.  The photo does not do it justice.

We spent a lot of time in that little shit hole, I mean roadside attraction.  It was cool though, and being right in the middle of the swamp made it all pretty real.  We had to leave though, because we had some native people to visit.

I can trace one side of my family back to the native tribes that settled down there, so I am very familiar with what’s happening (and they are much different than what you probably know about Native Americans.)  I’ve been there a bunch, but this was all brand new for Little Miss Sunshine. Our first stop (after crazy Skunk Ape people) was the Miccosukee reservation.  Of course we started with some traditional alligator wrestling. 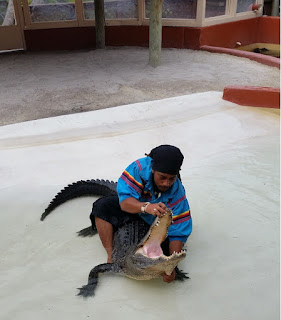 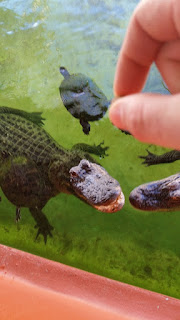 (And not feeding them my hand.)

We spent quite a bit of time there to take it all in, but eventually I had to get the little lady out on a boat.  And not just any boat. 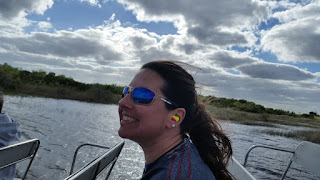 This was her first time, even though she lived in Florida for quite a few years before we moved here (we moved not long after we got together.)  She had a blast, and riding one through the “River of Grass” (The Everglades) is the best way to experience it. 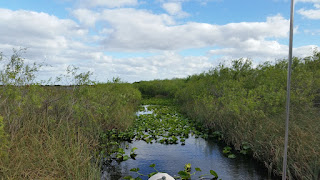 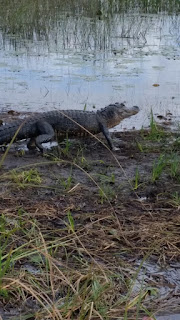 It was a nice, relaxing day that kept us away from most people and immersed in nature.  We did take a slight detour through Miami (moar people, less nature), but that was to go see the lighthouse on Key Biscayne. 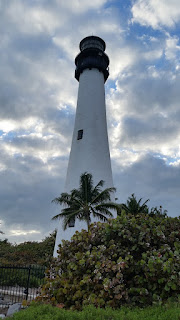 That was the only good thing about being near Miami.  You know, because we were trying to avoid people.  I still got a good photo though. 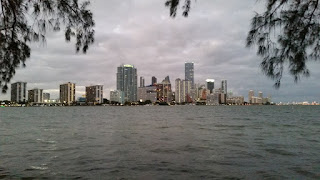 Far away, which is where we went after I took that photo.

Even though I know they have some awesome mountain bike trails around there, we didn’t bring bikes.  Our day was about relaxing, nature, and a little history.  We retreated back to our temporary home base in Everglades City to prepare for another day with native people in the swamp.

I’ll pick up where I left off on Monday.
Posted by TheMutt at 8:24 AM