Skills In The Hills

Sunday, we had a group ride planned to in .  The weather everywhere in the state has been shitty, but the report said they had received very little rain.  TomTom gave us the green light after hearing that the trails were open rain or shine, so we met up in the morning and rolled out.  We had a big group, consisting of myself, Little Miss Sunshine, Lunchbox, TomTom, Good Guy Greg, Elizabeth, Megan, Irish Luke, Kevin B, and a guy named Max that we just met.  After getting stuck in traffic on the way up there, we met up with Danielle and The Dirty Party Cycle.

It was time to get our skills on. 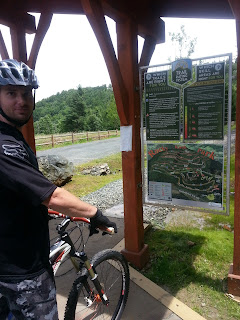 We started out climbing up the trail, and the plan was to split up into two groups.  I was somewhere in the first bunch, and when we stopped to regroup I noticed that Lunchbox had been keeping up with us.  The trail split off and we kept climbing, and I was sure that my big fella was right with us.  We got to another intersection, and I didn’t see him anymore.  The group split up again, and I took a few minutes to backtrack to see if I could find him.  I didn’t see him, and since I was certain that he had fallen back into the “social” group, I kept going.  The only problem was that I didn’t see where everyone went. 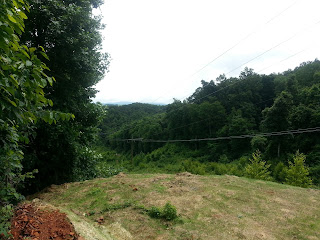 So, I took off on the first downhill I saw, which was the PBJ trail. 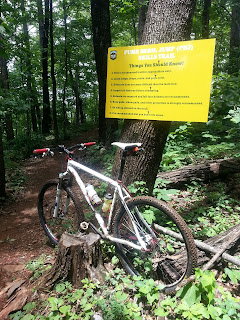 Turns out that no one went that way, and after bombing downhill for a bit on some fast jumps and berms, I ended up right back in the parking lot where we started.  I knew there was more to the trail than that, so I took off back up the hill to see if I could find a group…any group.  With lots of detours and intersections, I wondered how I would find anyone until I got a call from TomTom.  He told me where they were, and that the group had split up even more.  I decided to keep climbing, and eventually ended up back where I lost the group the first time. 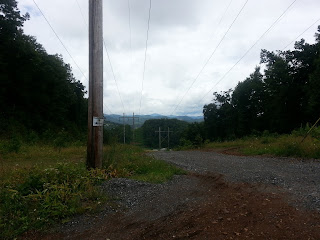 I kept going on the original trail (not taking PBJ this time) and came up on the raddest skills section ever. 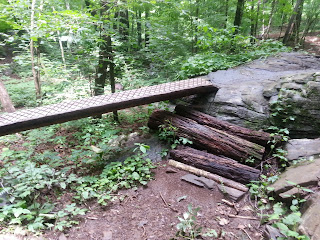 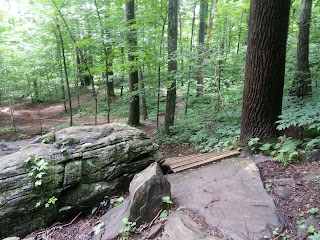 It was fun, albeit a little wet and rocky. 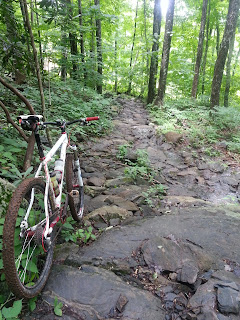 I only busted my ass once, mostly because I wasn’t paying attention and slipped on some rocks.  The stinging from the cut on my leg eventually went away, and I took the rest of the trail downhill to find myself right back where I started again.

I called TomTom again, and found out where they were (and where I missed my turn.)  I climbed back up the hill, this time cutting through a section to some shitty hike a bike action.  I made it to the top (again.) 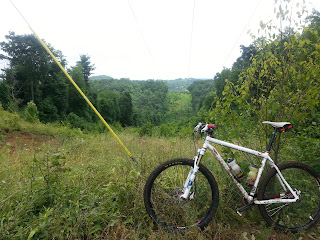 That’s where I ran into the “social” group. 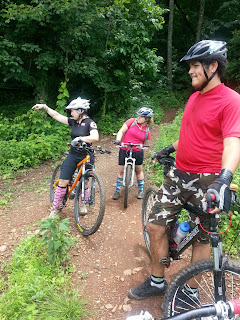 They were already on their way back down, and I found out that I missed a good part of the trail.  I decided to climb all the way to the top, and it was well worth it. 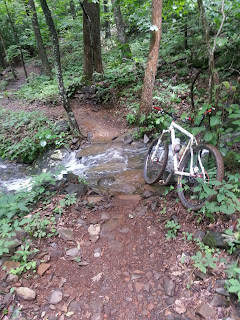 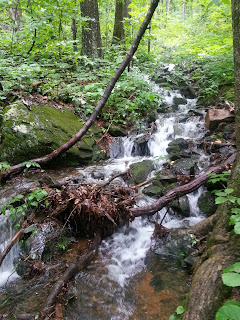 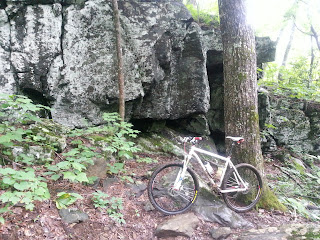 Once I got to the top (skipping a section that I didn’t have time to do), I hit the most fun downhill ever.  It was full of rocks, roots, and jumps, and I was grinning from ear to ear.  Eventually it merged back with the PBJ trail, and since I was on familiar territory I let it go.  Just as I was getting into the groove though, I heard a loud noise.  Turns out it was our new friend Max, and he crashed hard.  So hard, in fact, that he broke his pants.  I don’t know how you do such a thing but he did.  Once I realized that he was okay I got a good chuckle out of it.

Like all good things, our ride came to an end.  I walked back over to the trail head and noticed that someone had left the mark of the Drunk Cyclist. 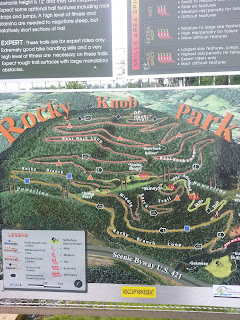 We finished up just in time, too. 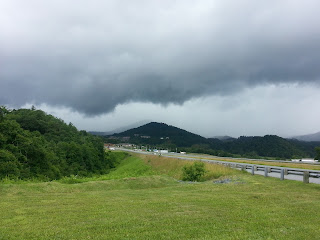 And then we had some beer and Mexican food, while the DPC drank some crazy alcoholic concoction (and Good Guy Greg looked on in disbelief.) 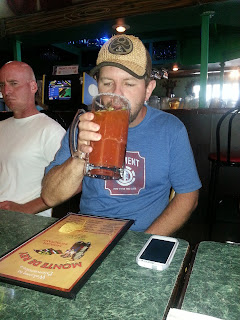 It’s been far too long, Dirty Party Cycle.  You need to come around more often.

Anyway, the trails at Rocky Knob are freaking awesome.  There are many features to ride that will keep you on your toes and make you a better rider.  Even though the it was a little wet out there, everything was in prime shape.  I can’t believe we have such a cool place only two hours from here.  I can’t wait to go back.

It needs to happen soon.
Posted by TheMutt at 8:49 AM

Chris, good write up and pics. Hey, I know that Paul, one of the lead MTB guys up that way would love for you to fill out a survey they have for those that ride Rocky Knob Trails, http://rockyknob.wordpress.com/trail-survey/.

This helps as they work with the Boone Tourism Development Authority in building more trails in the area.