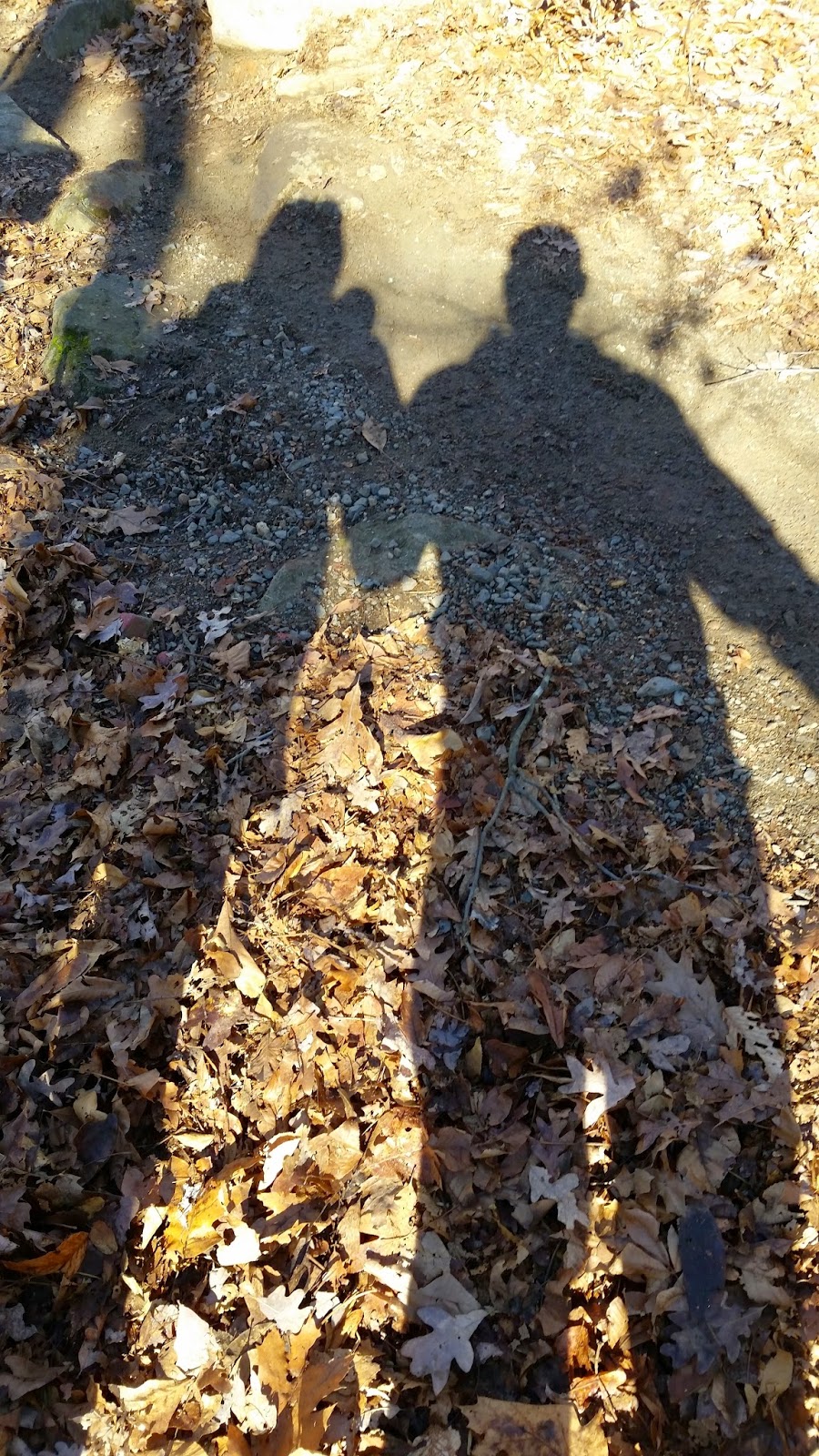 The Winter Short Track Series.  I was there.  This time with a giant hot dog. 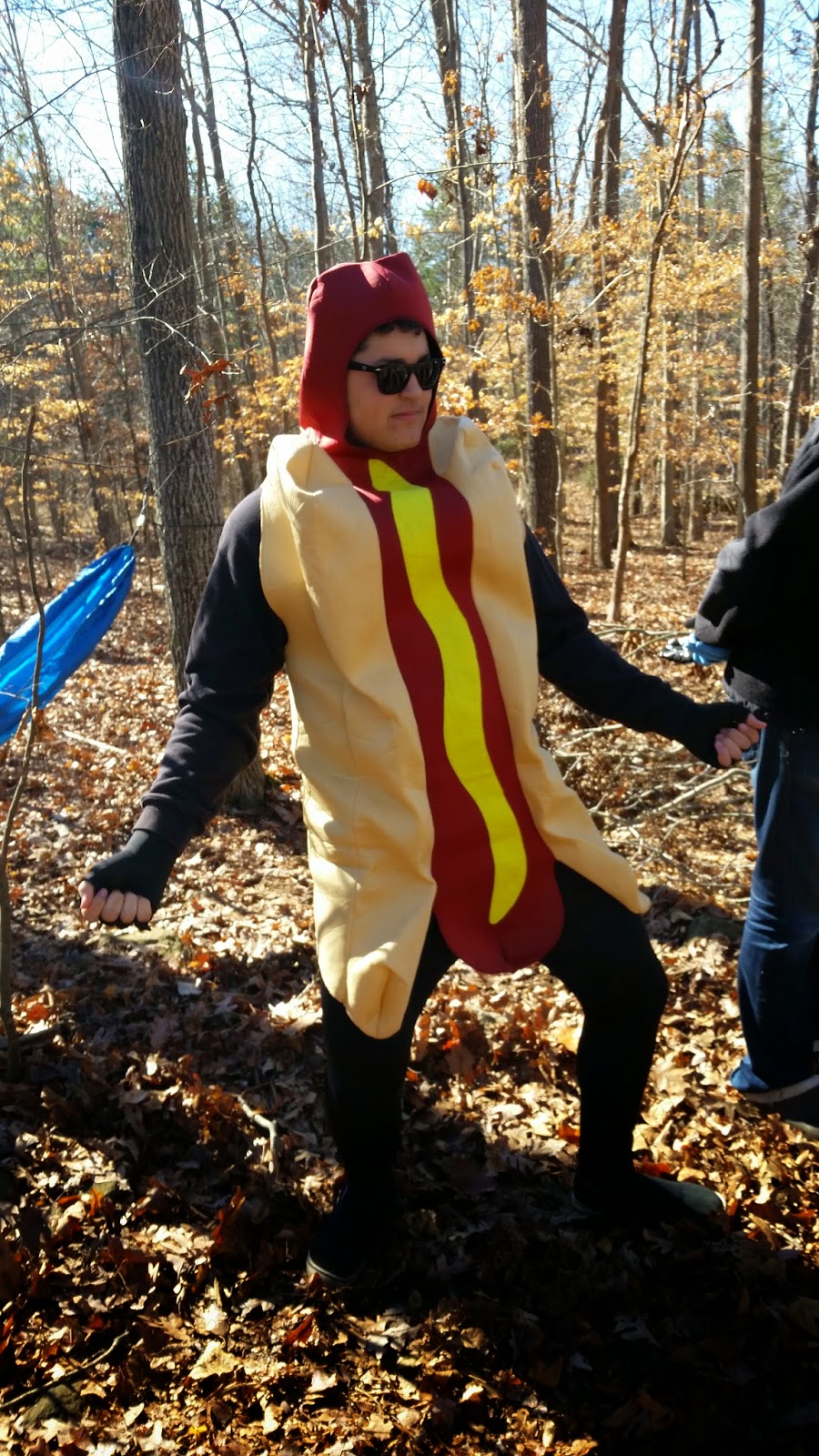 We didn’t do the party thing like last year.  I really didn’t feel like dragging all that stuff out into the woods, especially since I wanted to bring Carl along. 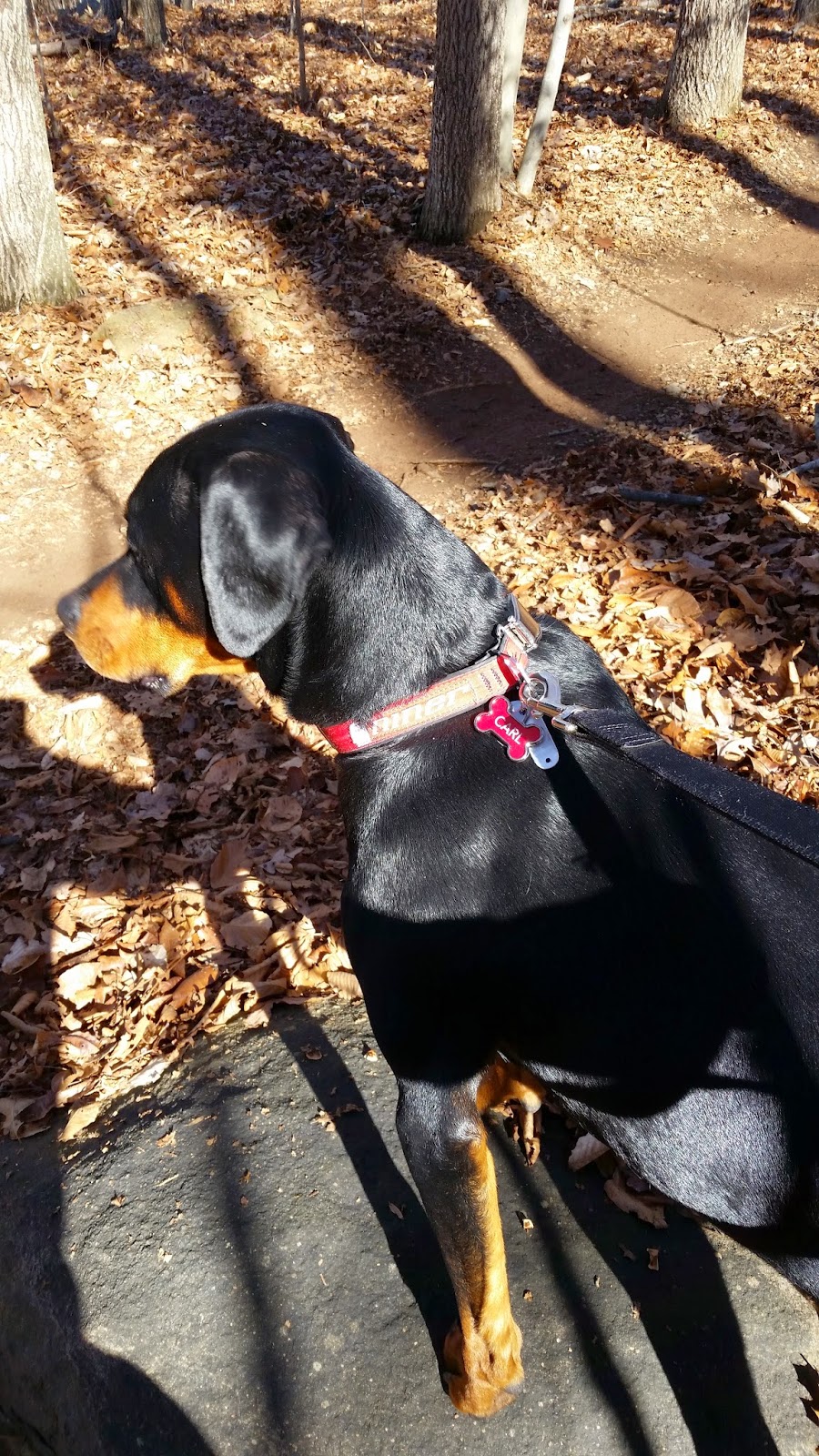 We did some heckling though, and even though there were no piñatas, bubbles, glitter, etc., we still had a good time.

I got some decent photos too. 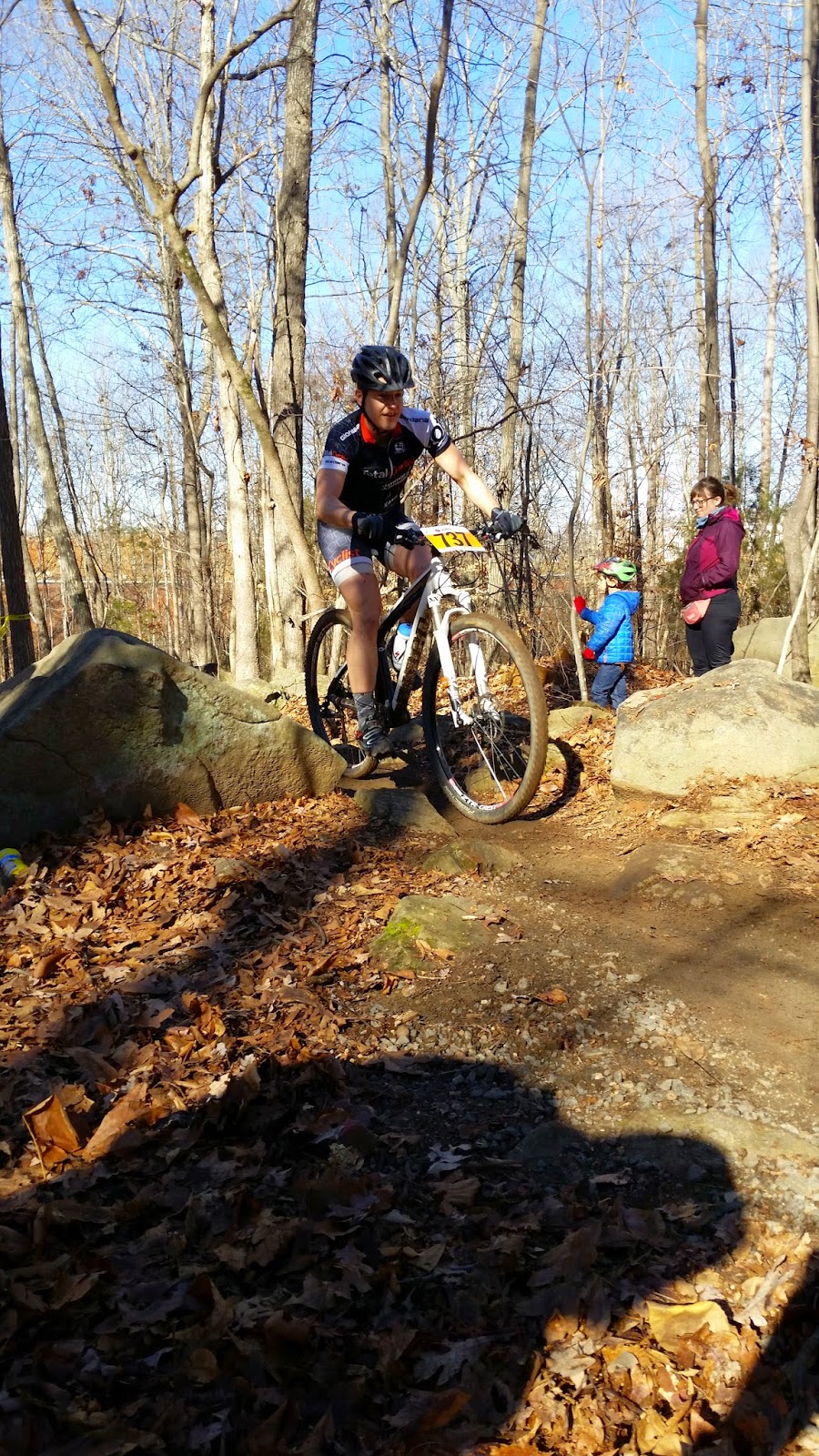 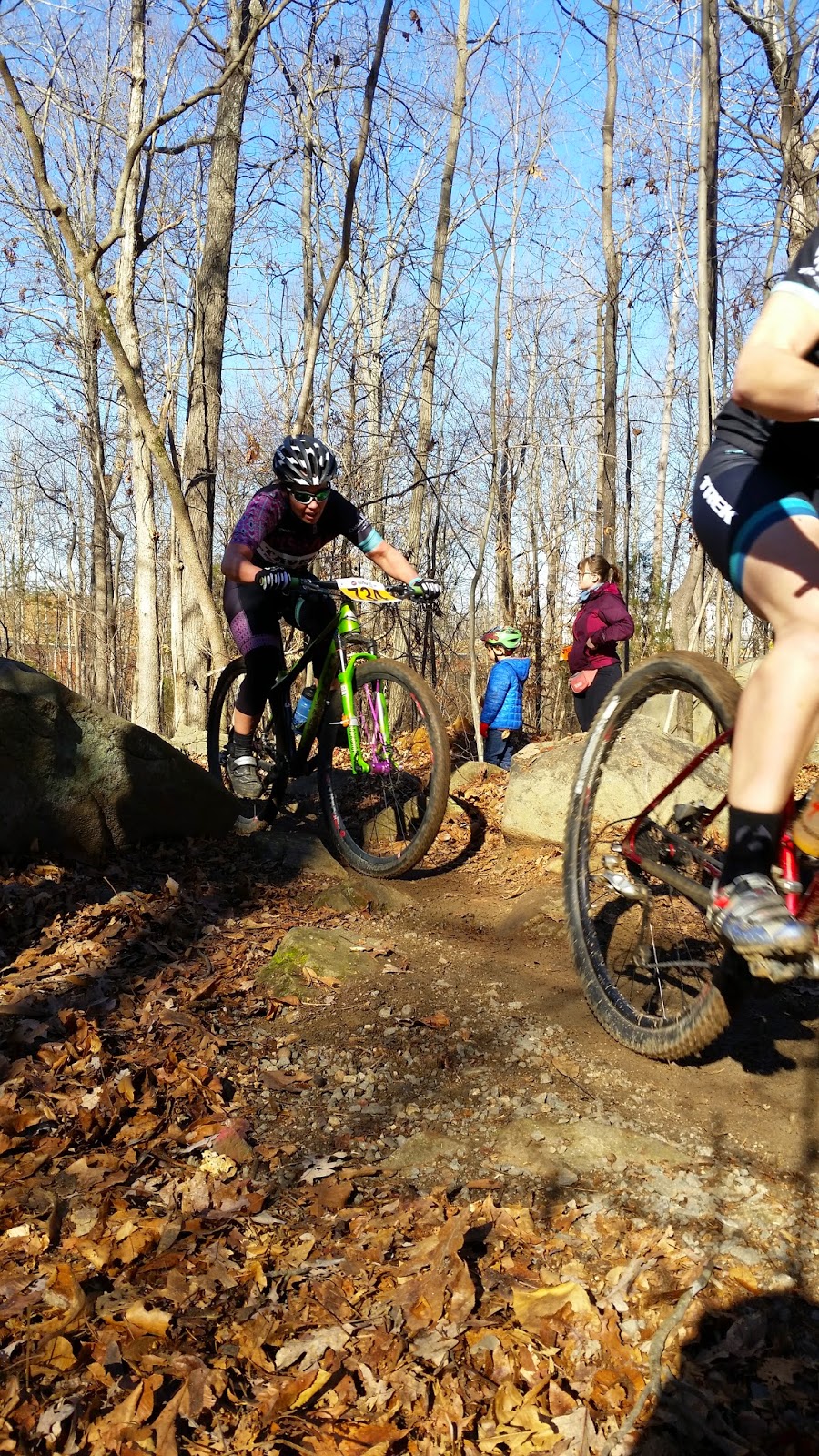 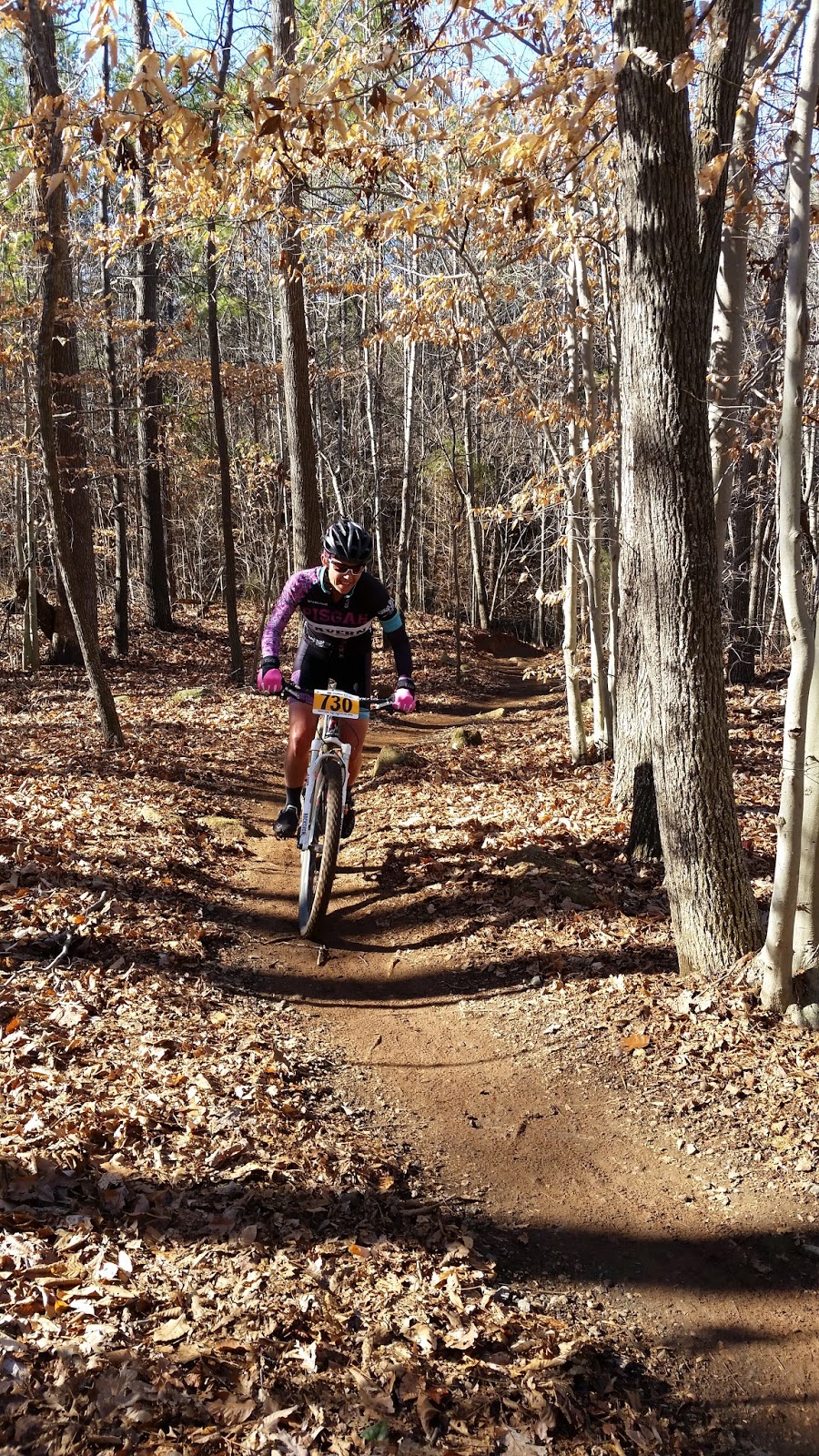 The women enjoyed the cheers for sure, but when the next group of men came out we let loose.  The party started expanding, even without us bringing all the accessories. 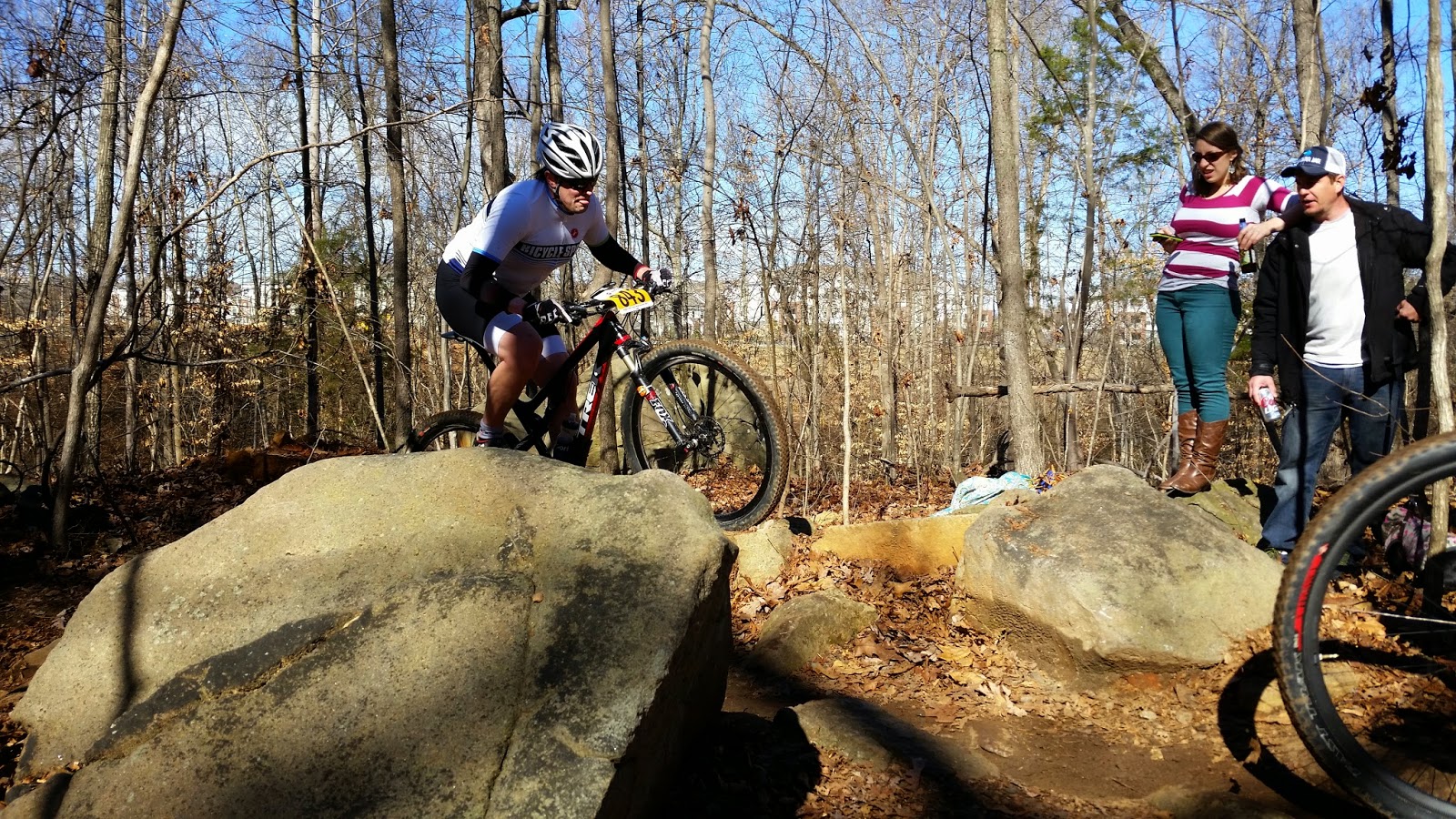 And TomTom, who took to the single speed race despite the fact that there weren’t too many real single speeders in it.  He almost died, but had a good time hitting the “pro line” in the “rock garden.” 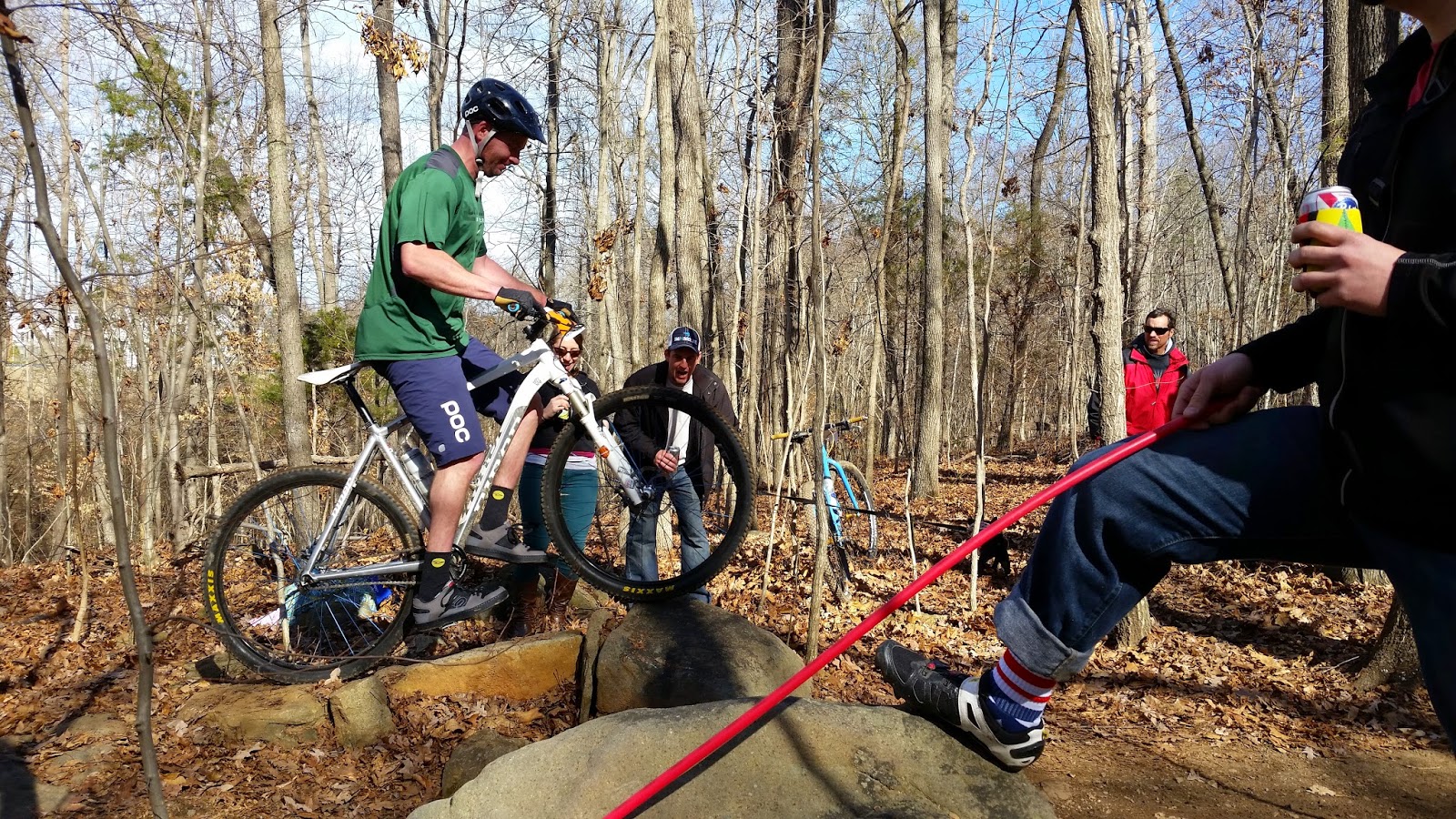 My man Evan from The Cycle Path probably had the best ride on the pro line though: 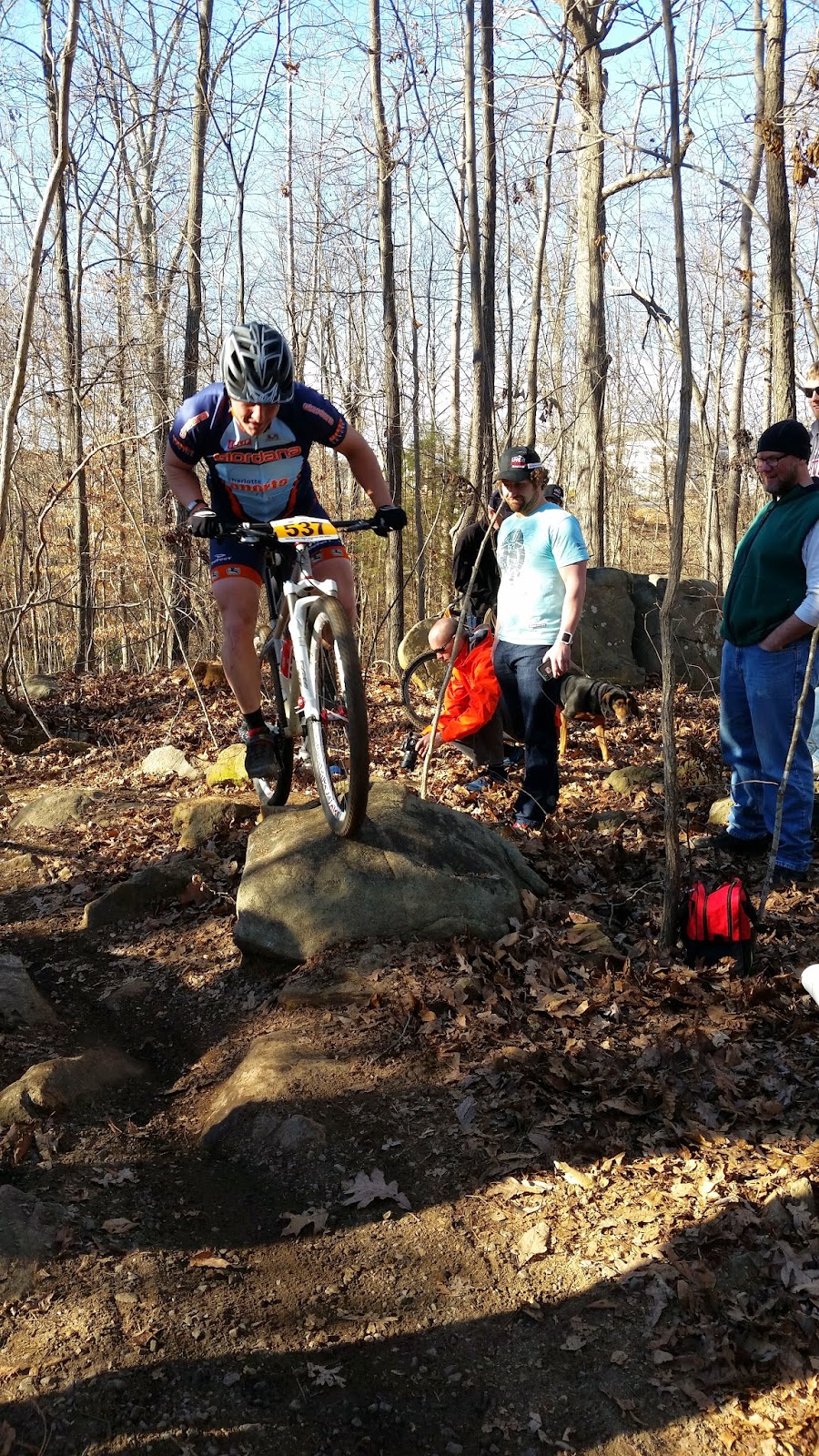 But after bending his derailleur a little while later he was asking for a beer handup: 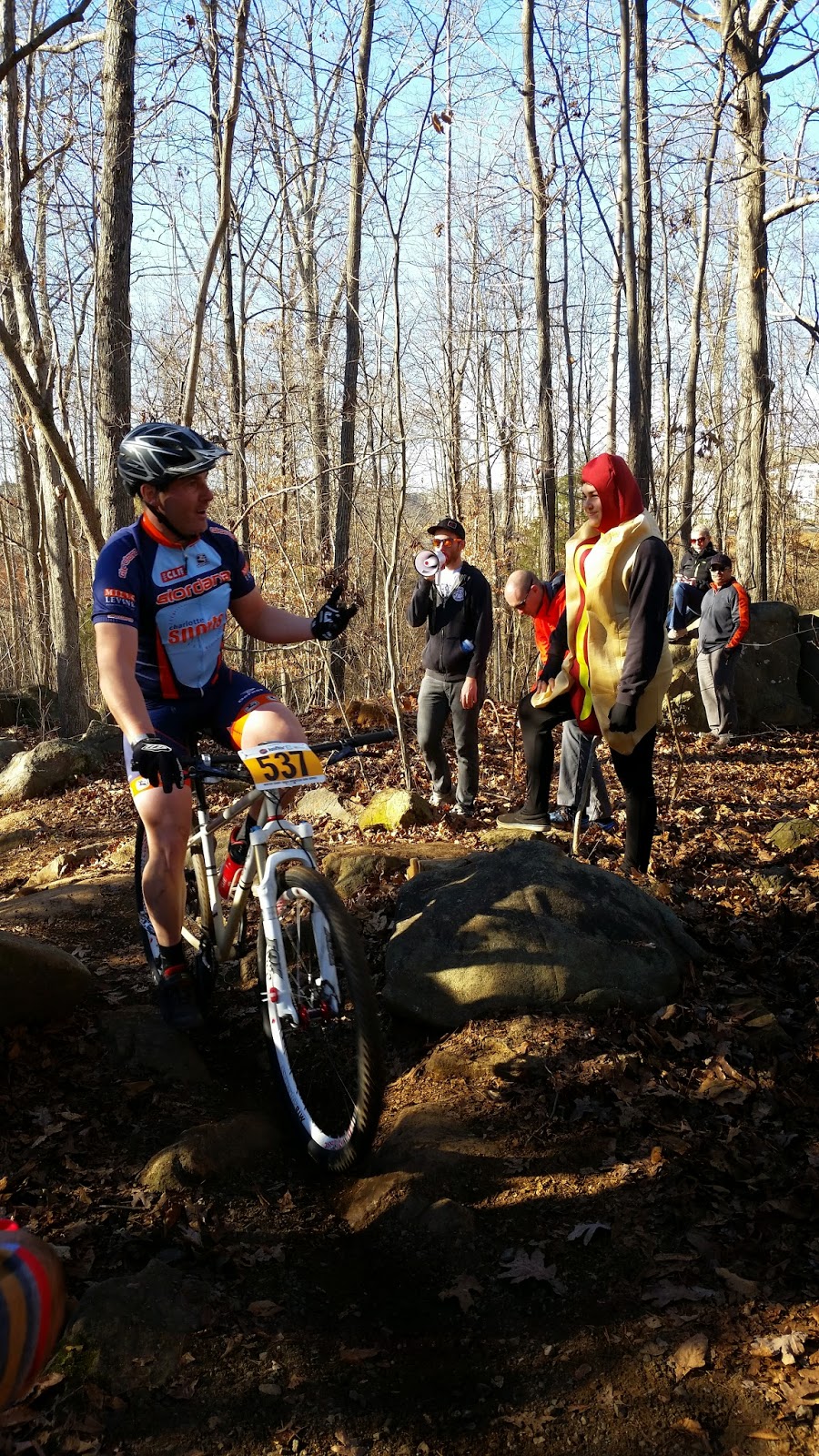 It seems lately that a race photo isn’t complete without Creepy Baby Hand. 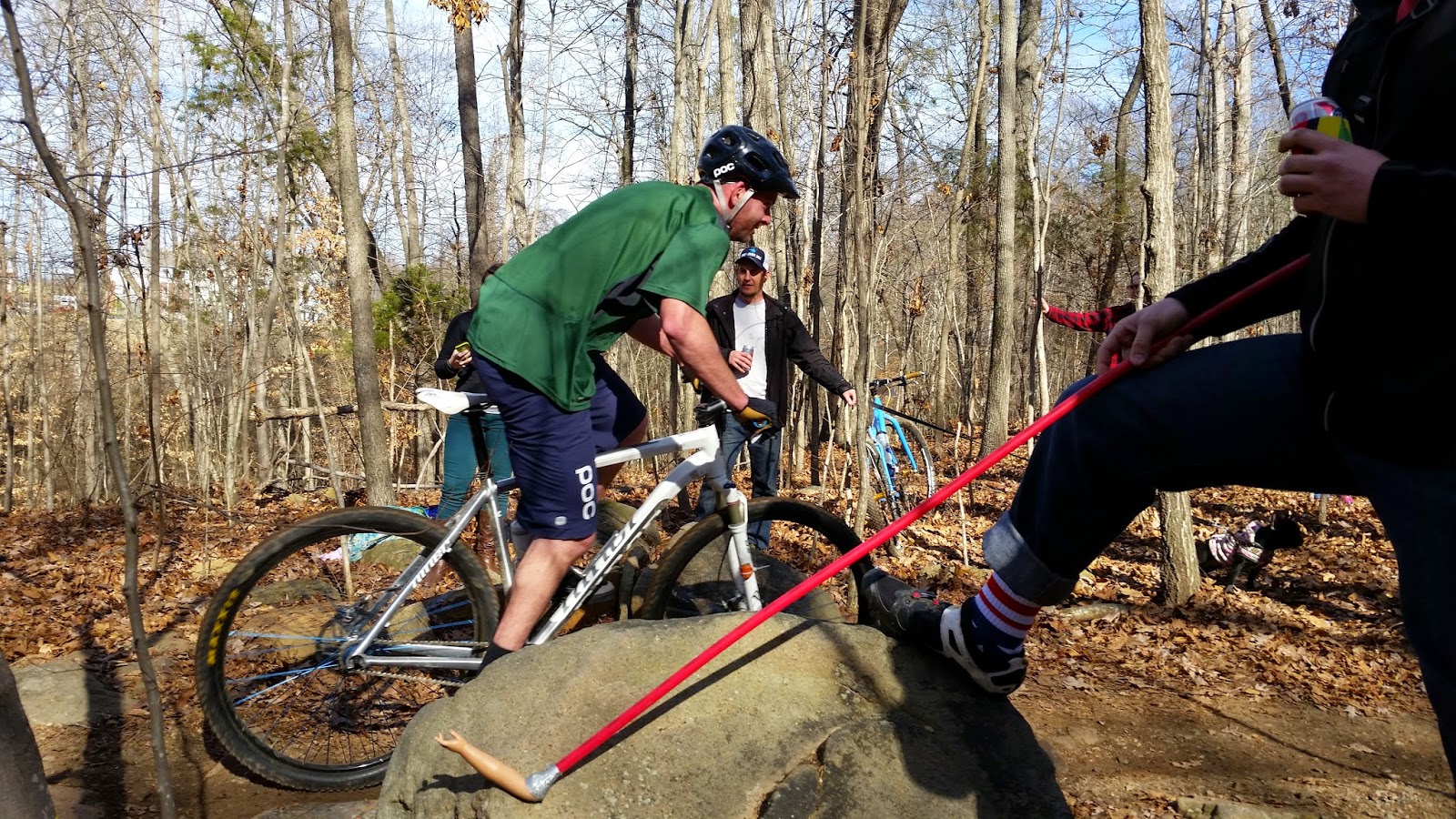 …especially if you’re a dirt roadie: 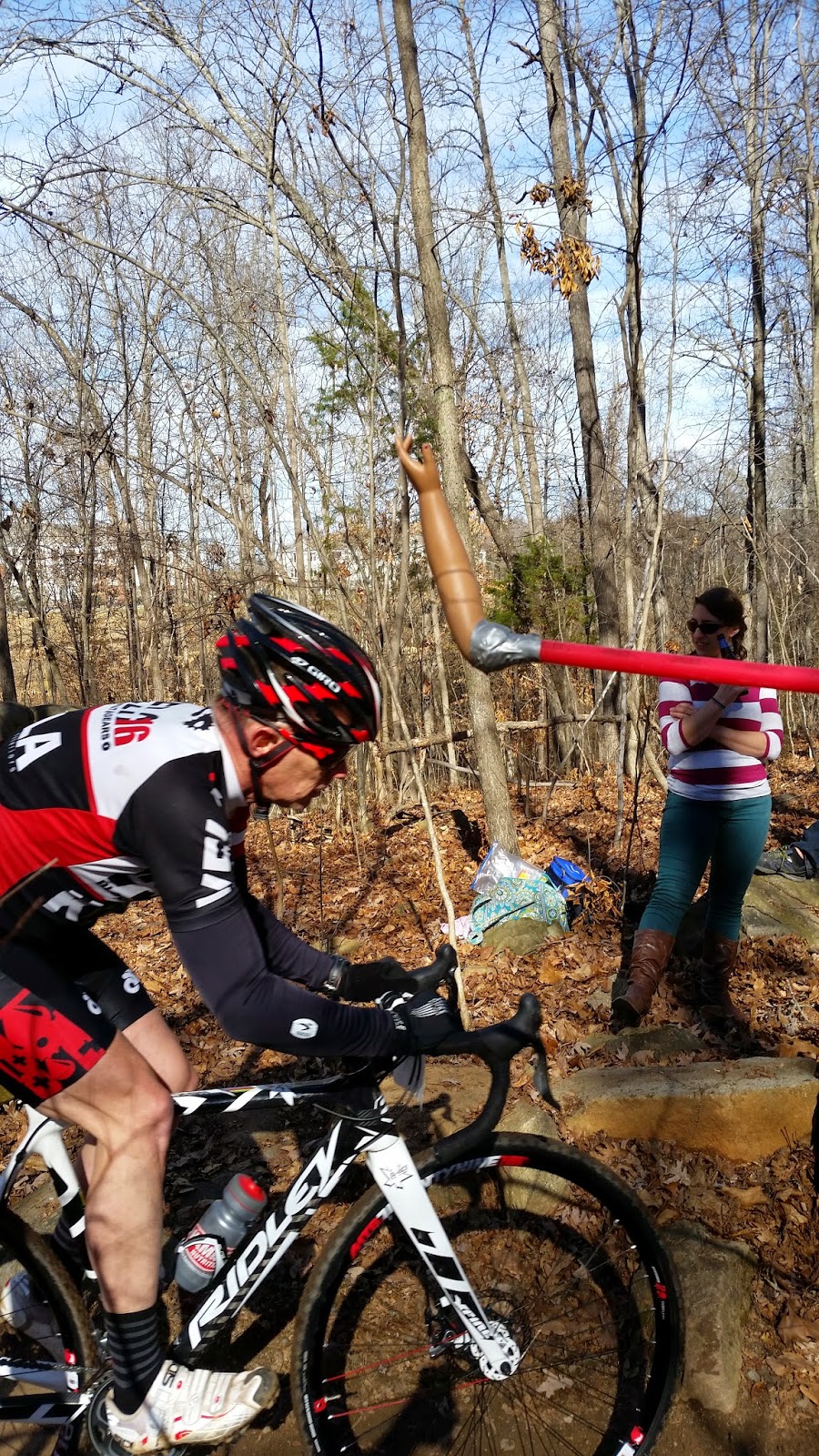 Another fun day in the woods.  A weird one though. 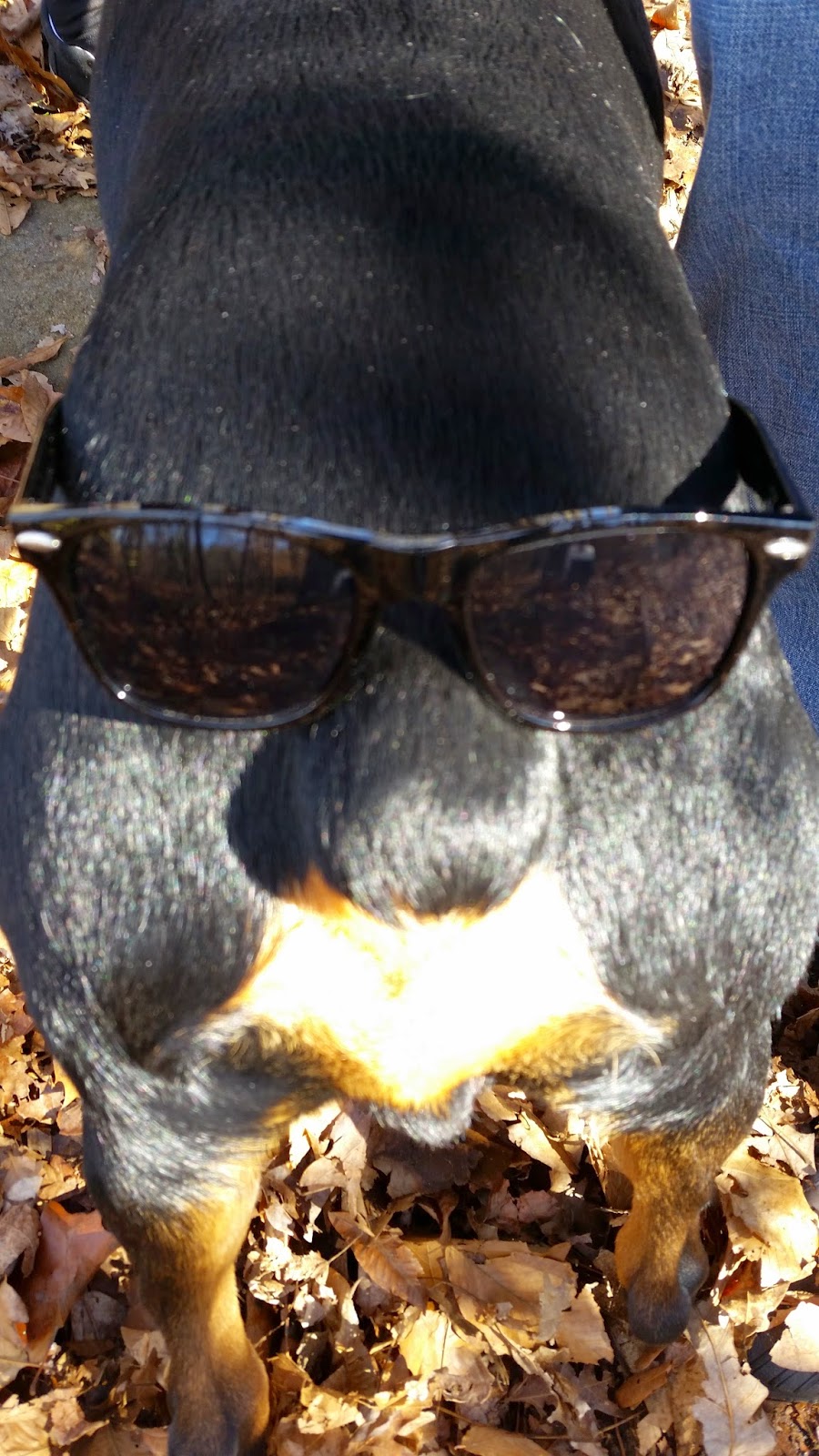 Maybe I’ll race one of these.  Probably after I get back from though.
Posted by TheMutt at 9:18 AM