I was pretty tired when I got home from the short track race on Sunday.  I felt like I raced or something, when in fact I never even hopped on a bike that day.  Standing around in the woods all day was enough I guess.  Maybe I’m getting too old.

It all really started on Saturday.  I woke up early for another Total Cyclist class since the weather was shitty.  It was a good idea, because I knew I would get in a ride and not be lazy on a day when all the trails around here were closed (and it was snowing up in the hills.)  It really hurt though.  I put a lot of effort into each class, hoping to come out of it stronger, faster, etc.  I see some people that are just going through the motions, carrying on conversations, playing with their phones, etc.  I figured that since I’m paying for it, I might as well get (more than) my money’s worth.  I want to be dead when I finish, and I achieved that goal for certain.

I stayed there well after class until my head quit spinning, stretching to try to get my legs to respond, and hopping into a hot shower to feel a little bit better.  Eventually I got out of there and made my way up to The Cycle Path. 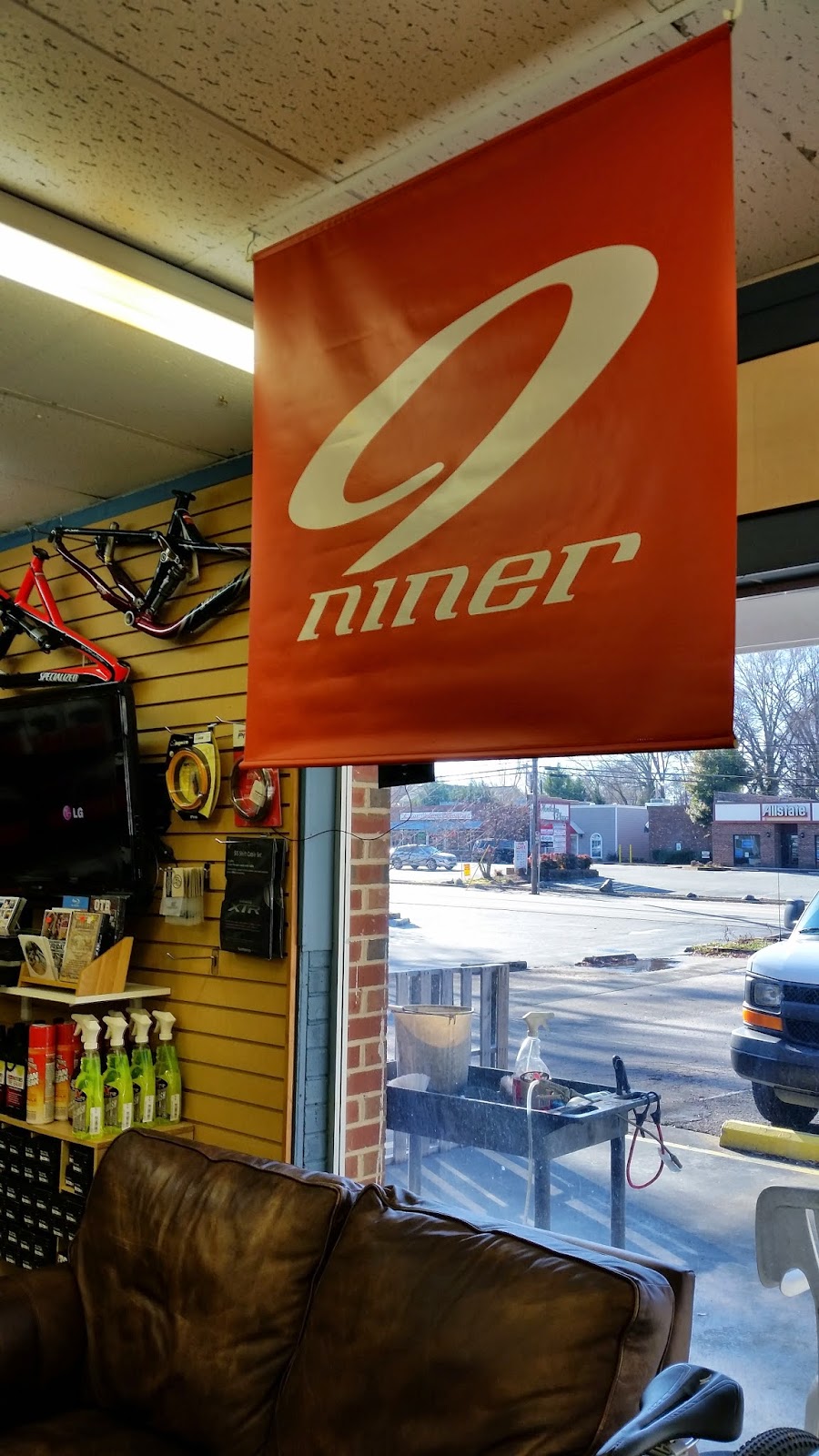 While I was there, I spotted one of my stickers. 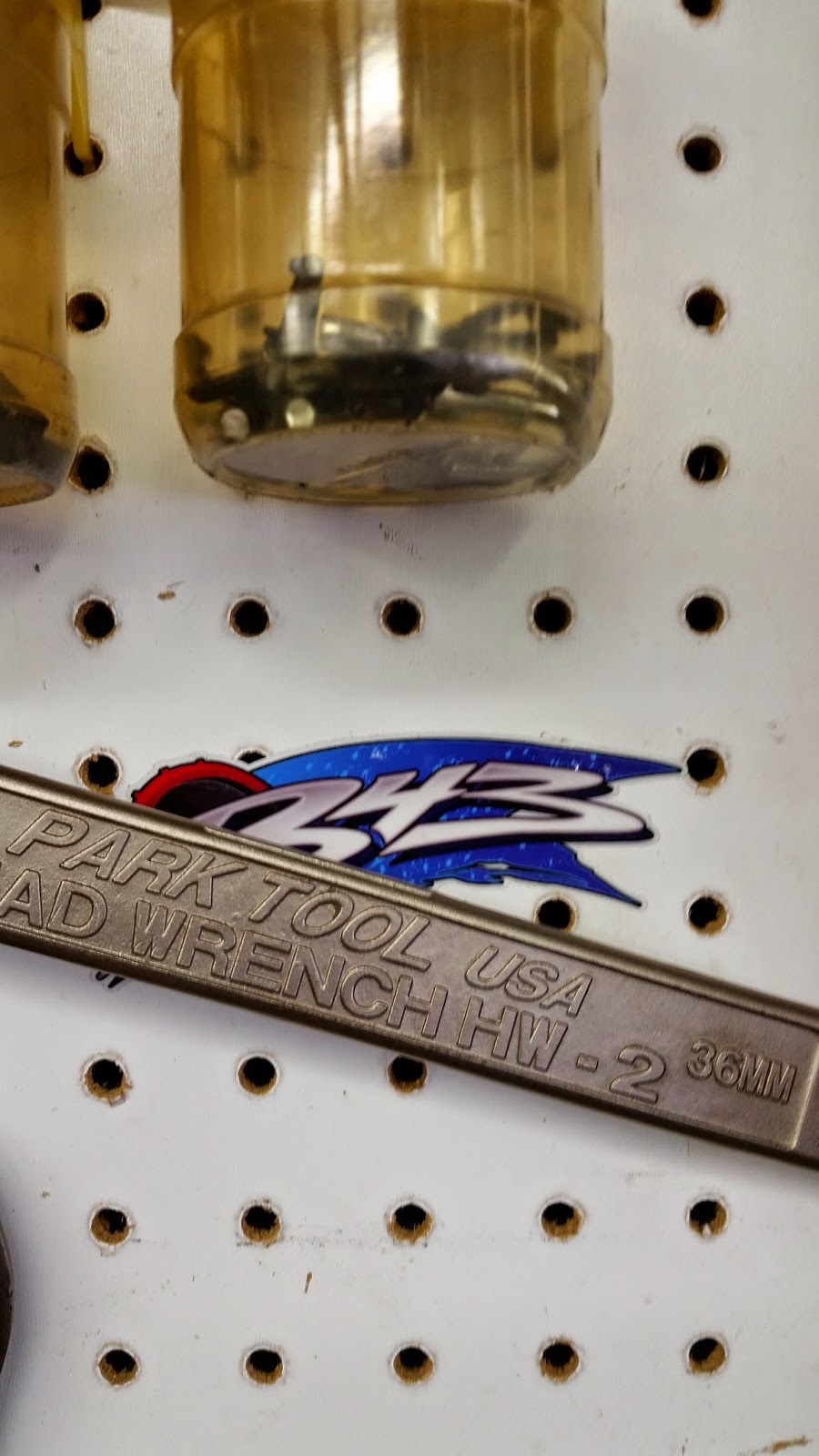 I didn’t put it there.  Srsly.  I would’ve put it in the bathroom.

I was there to get some information about shipping bikes out to .  You see, D-Wayne is kind enough to let us ship our bikes out there to his house, and he even offered to put them together for us before we arrive.  I figured my local shop would be more than qualified to ship them out there.  It makes it easier for me that way.  I guess I’ll be up there one night this week (with bikes this time) so they will get out there in time for Single Speed Arizona next weekend.

Holy shit.  I’ll be out there next weekend.  Wow.

So anyway, I know my Saturday crap doesn’t really sound like enough to wear me out.  The real reason I was tired on Sunday was because the little lady and I stayed out really late.  I went to see my friend's band play again. 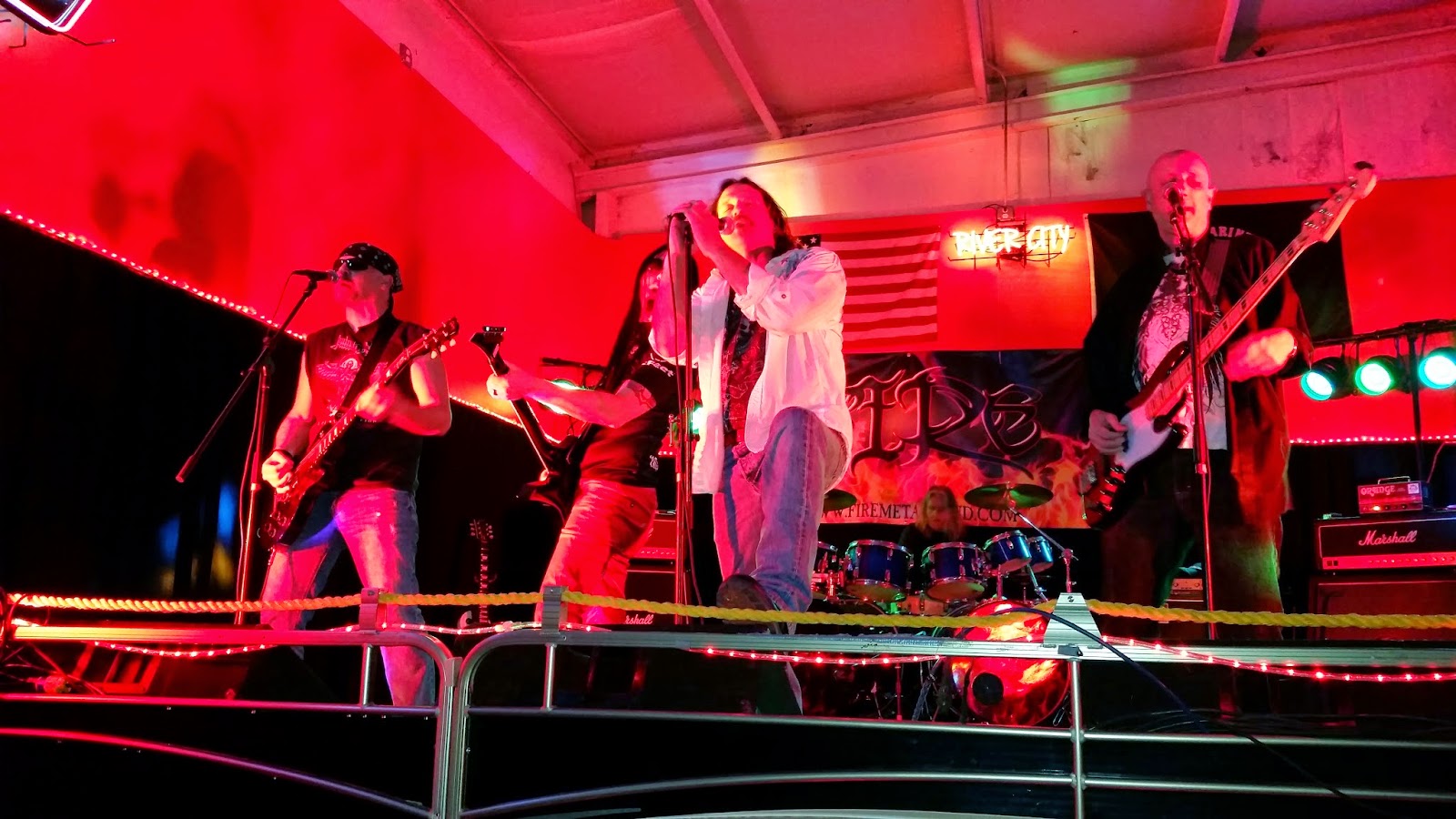 Yes, I’ve seen them a lot.  I like good ol’ classic metal, so I go every time they play.  They put on a good show, and seeing live music helps keep me inspired to play my guitar (I played for hours last night.)  They’re getting a good following now, even with me hanging around being a groupie.

Maybe they’ll come to one of my shows if I ever play one.

Anyway, early mornings, death by Total Cyclist, and a late night out makes for an even longer day at the short track.  I’m getting too old for this shit.