Bike for the Chili Man

I mentioned some time ago that I was building a bike for my neighbor, the nearly world-famous Chili Man. Between the rain on Sunday and the much-needed recovery time from my road ride, I had time to finish his “new” bike this past weekend.


Actually, it was about 95 percent complete last Sunday. I only had to install the shifter cables, v-brake bosses, and give her the ol’ tune up to be ready to ride. Since I had a lot bike parts lying around the shop, I only had to spend about 5 bucks on the rest of the stuff I needed. After installing the front brakes and shifter cables, I set out to adjust the gears. Since I only had seven speed shifters available, the adjustment was a breeze.


I did a little test ride to make sure everything functioned properly, and I was satisfied with my mechanicin’ skills. There was one final thing to be done before I delivered the bike: 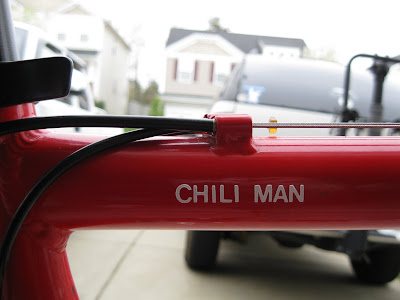 I know it might seem a little silly, but I thought I would personalize the bike for him in case he misplaced it somewhere. This bike was custom-assembled for The Chili Man, so it was only right that it bears his name. While it certainly isn’t the best bike around, it will do the job and should last a long time (since his mechanic is only a few houses away.) Plus, it’s way better than some department store bike. Well, unless you are a hipster that likes to shop at department stores. Anyway, here is the finished product: 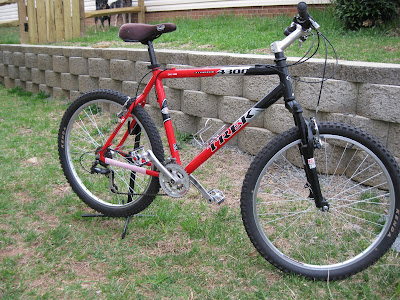 Hand-assembled in Charlotte, NC. We don’t use robots here at B-43. They cost too much.

I rode it down the hill to The Chili Man’s house so he could see his new steed. Ironically, he had just finished making the food he promised for me. How’s that for timing? He seemed very pleased with his “new” bike, but mentioned that it is a little heavier than bike formerly known as The Greatest Short Track Bike on Earth. I told him not to worry, since he’ll benefit from any upgrades I get in the future. His reponse was comical:

“When I see you come home from the bike shop, I’ll be waiting at the door for my parts.”

He’s right though, since I’ll gladly upgrade his bike with my leftover parts. That may not happen for a while though, since I’m still in the process of building my 29er project. He’s not riding big wheels yet. Anyway, I’d like to thank Bart at Southpark Cycles for letting me dig around the parts bin to find the crap I needed to finish building the Chili Bike. He and The Chili Man go way back, so he was happy to do it.


While I didn’t receive chili for payment, I did receive a delicious meatloaf. Meatloaf? Delicious? Yes, I said it. The Chili Man’s culinary skills are second to none, and I was more than happy to accept his gift of food. He hand-delivered this giant aluminum foil covered delight to my kitchen: 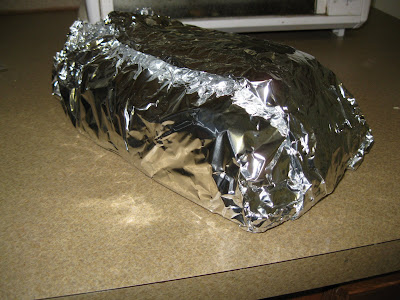 That was the biggest brick of food I’ve ever seen in my life. I opened it up and Little Miss Sunshine, Lunchbox, and I tore into it. 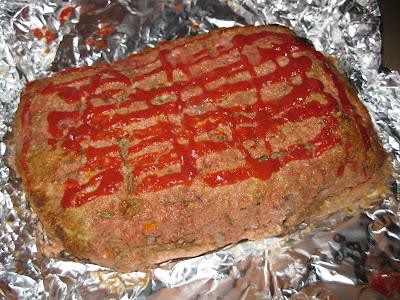 Geez, that thing was big enough that I had second thoughts about building a bike for him. I really should have built a fleet of bikes for such a good meal. We feasted on that thing all night long. While it may not do anything for my nutritional needs at the 6 Hours of Warrior Creek, it certainly filled my belly. If you haven’t already done so, check out his Facebook Page and see where you can find him. You are missing out if you don’t eat what The Chili Man is cookin’.
Posted by TheMutt at 8:08 AM