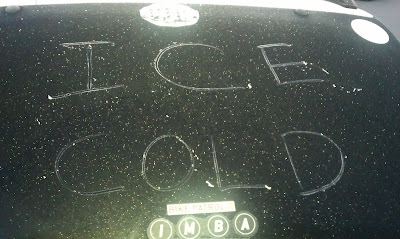 As you can see from the frost on Little Miss Sunshine’s vehicle, it was “ice cold” in Charlotte over the Thanksgiving holiday. We decided to get the flock outta town and fly south to the Forks Area Trail System (FATS) down near Augusta, Georgia to get away from the cold and ride some sweet flowy singletrack. This would be Mr. Shepherd’s first time on that particular trail, so he was looking forward to it. We got all geared up and hit the trail. 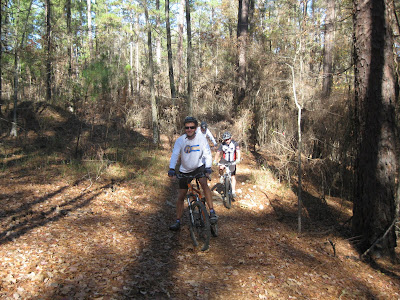 We started on the first loop, Great Wall, and it lived up to the hype. Plenty of fast, rolling downhill, and Mr. Shepherd was enjoying it. Well, that is until he crashed. I have footage from my GoPro of the crash, but I’m not finished editing it. A small log crossing surprised him, and he crashed ever so spectacularly. He hopped back up and we were on our way.


About three and a half miles in though, we had another incident. While traveling along a great speed, I slowed to take tight corner, and squeezed my bike between two trees. Mr. Shepherd was right on my tail, and he wasn’t so lucky. 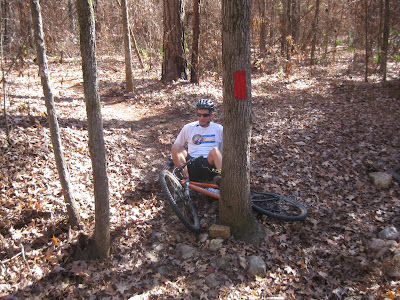 He hit that tree square on, and escaped with only a few scrapes and cuts. 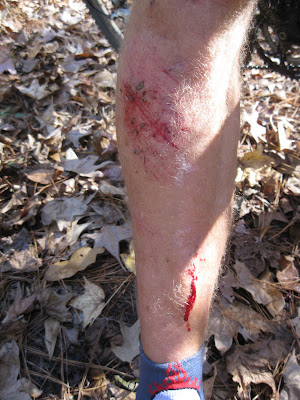 His bike didn’t fare so well though. 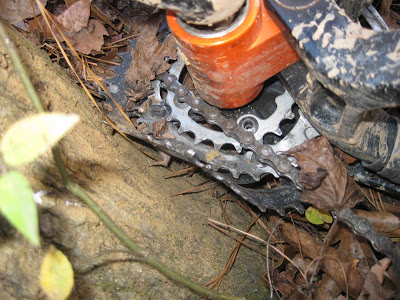 The impact bent the shit outta the chainrings and broke the drive side crank arm near one of the bolts. 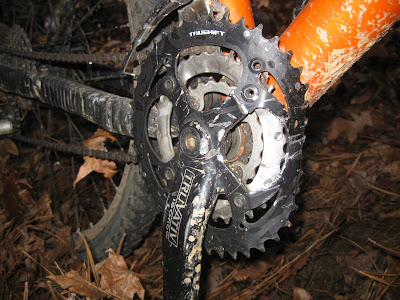 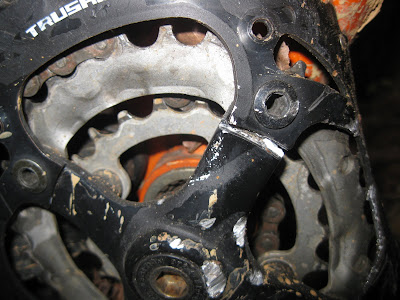 With over four miles to go to the trailhead, we had a dilemma. Since Mr. Shepherd didn’t want to walk the whole way out, some improvisational repairs needed to be made. Since we had no fancy tools, it had to be done all “caveman” style.

Somehow those primitive tools worked, and the chainrings were sorta straight. 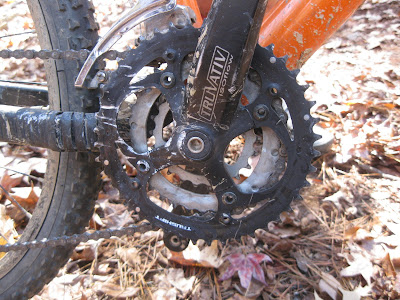 We started riding again, but it wasn’t long before the full extent of the crash damage was discovered. We had to stop for a looksie. 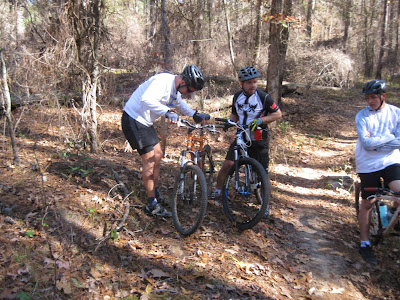 The damn rear derailleur broke in half. 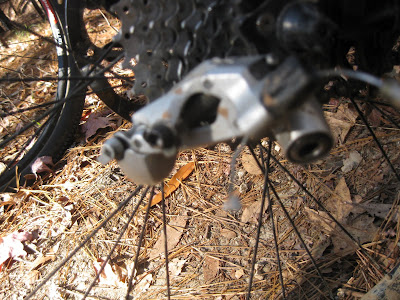 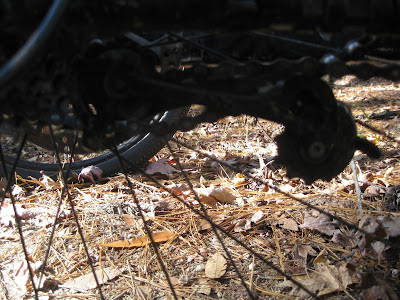 It was time for another repair. Since his shifty bits were toast, we had to improvise. I pulled out my trusty chain tool and proceeded to turn his bike into a singlespeed. 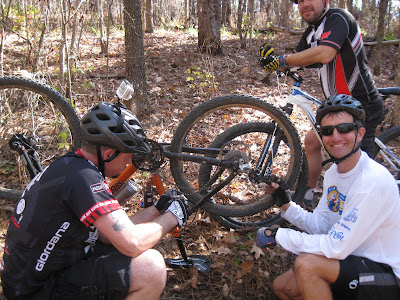 I was riding my SS bike out there, so I welcomed the company. We discovered one more problem though: the chain had been damaged. I shortened it as best I could, and we got going again. I was happy to be riding, because I sure as hell didn’t plan on spending the whole day working on bikes. There was no beer on the side of the trail, so that made it difficult.

We enjoyed some more flowy goodness. 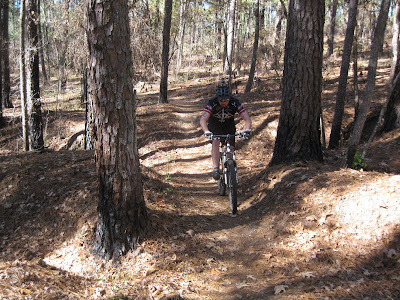 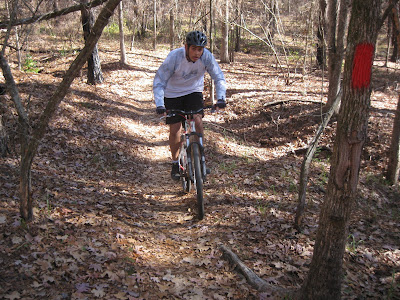 Not much later, Mr. Shepherd had to stop again. This time, the chain broke in half. It was damaged in multiple places, so fixing it was pretty much impossible. Since he’s a triathlete, he took the opportunity to work on his trail running. 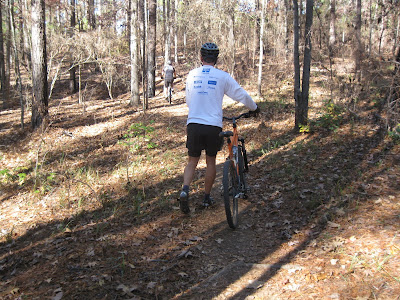 After a painful few miles of Fred Flintstone style trail riding, we made it back to the trailhead. I brought up The Google on my smartphone, and we found a few area bike shops. It took the rest of the day to round up the replacement parts, so our riding was done. We had a few beers and some dinner, then headed back to Charlotte for some late-night mechanic work. At least this time we had the proper tools.

I should have the video of the actual ride finished by tomorrow, so I’ll post it up on here. I’m warning you though, it’s probably not that great (just like the rest of my videos.)
Posted by TheMutt at 8:15 AM