Well, it's been a little over two weeks since I broke two ribs.  Two for two, doh.  The healing has sorta begun I guess, because even though I'm still in pain and uncomfortable most of the time I am actually sleeping better.  One problem remained though...

I was dying to get on my bike.

Not actually dying, but falling into a deep depression by not doing the main thing that keeps me from doing so.  I've been trying to do other things to keep me from thinking about the fact that I can't ride to no avail.  I've starting learning a few new songs on the guitar, but nothing comes close to making me happy like being on two wheels.  I even tried to rent a movie, but I suck at that. 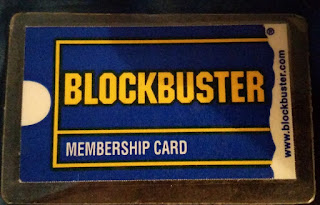 
Anyway, I decided to take my doctor's advice and ride my bike when I felt ready to do so.  I wasn't sure if I was really ready, but I had to for my sanity.  Little Miss Sunshine and I decided to do a date night with a short ride up to the local pizza spot for some food and beer. 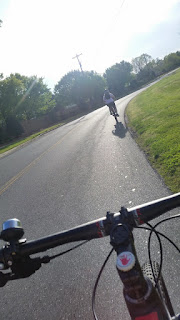 I could feel every little bump on my ribs, but the real problem was my fitness.  After two weeks of doing nothing but sitting at a desk and on the couch, I was so out of shape that I had trouble getting up the hill out of my neighborhood.  The little lady dropped me a couple of times, and had to ride really slow in order for me to be able to keep up.  I didn't imagine that such a short ride would be so difficult.

How short, you ask?

We left the house and rode a mile and a half to the store.  I went inside for a little bit, then we rode a half mile to the pizza spot.  We sat there for a while (eating pizza and drinking a few beers) and it was time to ride another mile and a half home.  It was a grand total of three and a half miles with lots of breaks.  When we got back home, I was exhausted and pretty much passed out (and proceeded to sleep for over ten hours.)

I felt like I'd ridden for hours and put in tons of miles.  I didn't understand it.  I expected to lose some fitness while I recovered, but this was ridiculous.  Three and a half miles and I was spent.  Oh yeah, my ribs still hurt.

This recovery shit is gonna suck.

Hang in there and give your body time to warm up. I broke two ribs 3 years ago and all my dirt Moto guys told me that once your body warms up you feel better. I thought they were lying but they were right. I was on my bike one week later and even race a gravel race5 weeks after. Just don't overdo it.
get well
One of your readers.